The REAL Wonderful Life: How an ‘angel’ with a Gucci purse saved an alcoholic NYPD officer from suicide on Christmas Eve after she handed him a note saying ‘life is a gift meant to be shared’

A suicidal NYPD officer experienced his own version of the classic film It’s a Wonderful Life when he was saved by an ‘angel’ on Christmas Eve.

After the death of his father, the loss of his fellow officers in 9/11 and becoming disabled on the job, Dean Simpson, then 35, had slipped into alcoholism and depression.

It was Christmas Eve 2001 when Dean boarded a train to upstate New York with his father’s bible in one pocket and a gun in the other, determined to end his life.

That’s when a cheerful woman in her 60s, full of holiday spirit, chatted up the lonely cop in an interaction that would save his life. 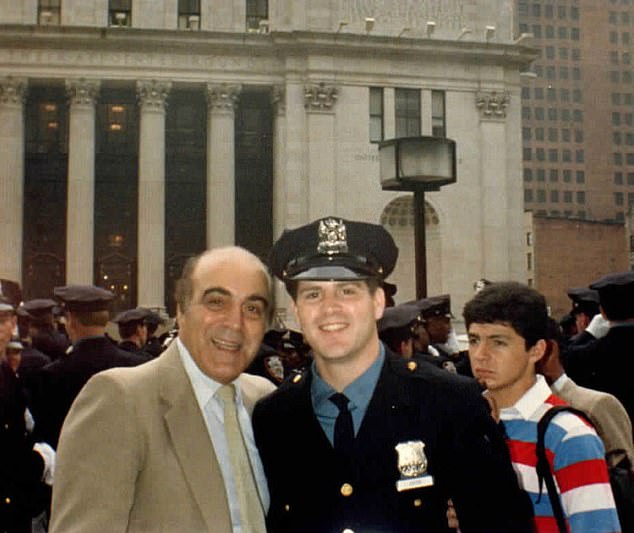 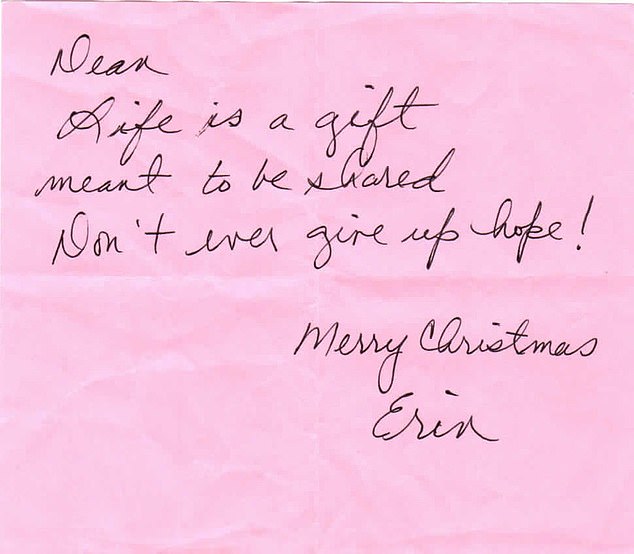 A cheerful woman in her 60s began chatting him up and left with him a note that read: Life is a gift meant to be shared. Don’t ever give up hope! Merry Christmas’

Dean grew up in Brooklyn with his brother and father James, who worked as an NYPD detective.

After serving in the Army after college, Dean followed in his father’s footsteps to join the NYPD .

That was until 1993 when he was patrolling and approached two hooded men, one of whom pulled out a gun. It went off, shattering Dean’s knuckles.

Dean went on disability having suffered vertigo and hearing loss. He took to drinking as a way to cope.

His life appeared to crumble from there. After the death of his father from lymphoma, he and his brother had become estranged and the woman he was in love with left him for another man. 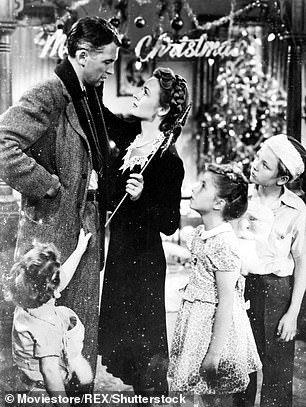 Things only got worse for Dean when he woke up from a night of drinking to find the twin towers had fallen.

He began volunteering in the cleanup effort. That lasted three weeks until he felt he was only getting in the way.

Soon after, the funerals began. Dean attended 23 in total for the fallen officers who he called friends.

By that time he had sank to a new low. Contemplating suicide, Dean thought of the best way to end his life that wouldn’t be an inconvenience for others to clean up.

So on Christmas Even he bought a one-way ticket to Albany heading for Black Mountain overlooking Lake George.

He was sitting along when a woman wearing a bright red scarf and Gucci bag sat near him.

‘Isn’t it pretty?’ she asked Dean of the snow-frosted trees, adding how much she loved the holiday season.

She asked Dean what he loved most about New York.

‘I love anonymity,’ he responded. ‘I love that in a city with over 8 million people, I can go for days without talking to a soul and not feel as though I missed out on a single thing. However, the thing I love most about New York City is being left alone.’

Dean now admits in his book The Blue Pawn: A Memoir of an NYPD Foot Soldier that he was taken aback by how rude his response was.

He apologized to the woman and she accepted.

The woman, seemingly unfazed, continued to keep Dean company. She was from Saratoga and her doctor husband had died two years prior. 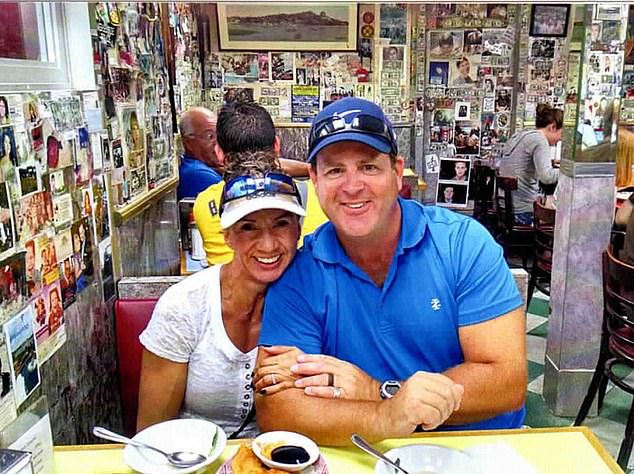 Dean, a disabled NYPD officer an alcoholic, decided not to end his life that day and the now 51-year-old lives in Florida where he helps traumatized war veterans 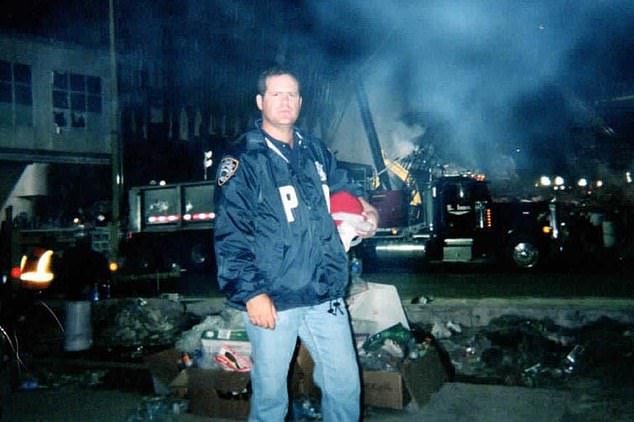 The woman went on sharing details of her life and her compassion got Dean emotional as his eyes welled with tears.

Before the final stop, the woman got up and returned with a pink slip of paper. 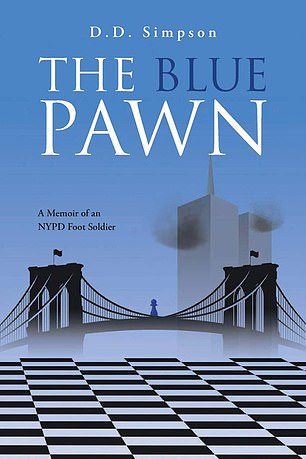 He wrote a book titled: The Blue Pawn: A Memoir of an NYPD Foot Soldier

‘I don’t know where you’re headed,’ she said, ‘but when you get there, read this.’

She hugged him and continued on her way.

Dean walked along the two-and-a-half-mile trail of Black Mountain until he reached the summit.

He took out his father’s bible and a piece of paper came out. Written on it was his father’s favorite passage: Corinthians 10:13.

Dean thought it strange that 10:13 was the police code for an officer in need of assistance.

He read the passage: ‘No temptation has overtaken you except what is common to mankind. And God is faithful; he will not let you be tempted beyond what you can bear. But when you are tempted, he will also provide a way out so that you can endure it.’

He then read the note.

‘Dean, Life is a gift meant to be shared. Don’t ever give up hope! Merry Christmas, Erin,’ it read.

After staring at the note for a while, he emptied the gun chamber and tossed it. Dean headed back down the trail with a renewed sense of purpose purpose.

Dean met the woman of his dreams and in 2014 married her.

He never did find Erin though he’s tried tracking her down without a last man.

Dean now keeps her note and his father’s bible on his top dresser and said he reads it from time to time. 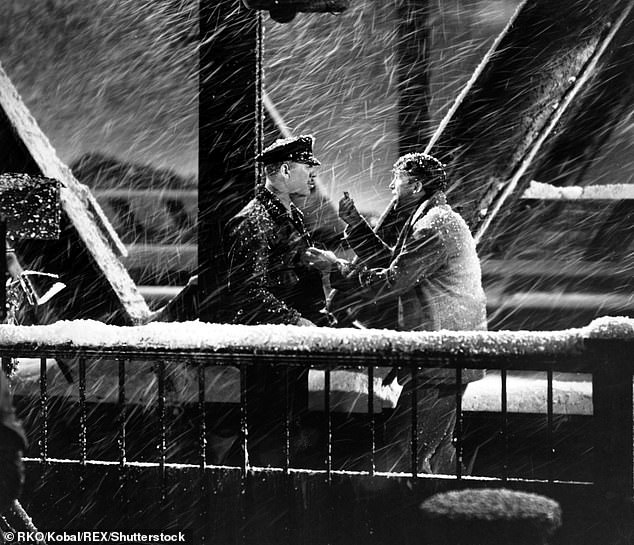 Like the 1947 film, it took an ‘angel’ to talk the protagonist down from harming themselves

‘Angels are around us,’ the now-51-year-old says. ‘People talk about acts of kindness. We may not realize how many of them are bestowed on us every day.’

Dean’s story echoes the 1947 film It’s a Wonderful Life that sees George Bailey thinking about jumping from a bridge on Christmas.

But when he’s ready to jump, he is rescued by a guardian angel named Clarence who shows him what life would be like without his impact on the world.

For confidential support in the US, call the National Suicide Prevention Lifeline at 1-800-273-8255 or click here .

For confidential support on suicide matters in the UK, call the Samaritans on 08457 90 90 90, visit a local Samaritans branch or click here .

For confidential support in Australia, please call Lifeline on 13 11 14 or click here .