Nov. 8 marked the second anniversary of Alex Trebek’s death and “Jeopardy!” made sure to pay tribute to the legendary host.

The episode, which was an exhibition game among super champions Mattea Roach, Matt Amodio and Amy Schneider, featured a “Remembering Alex Trebek” category in the opening round, with five questions all about the beloved host.

The man, the myth, the legend. We miss you, Alex 💛

The questions included naming the actor who parodied him on “SCTV” (Eugene Levy), the other name for “half-moon keys” that were part of his hardware supplies collection (woodruff keys), the name of his hometown (Sudbury), the focus of this saint in his major of Thomistic philosophy (Aquinas) and the candy bar he ate for breakfast (Kit Kat).

Roach, Amodio and Schneider became “Jeopardy!” legends last season, en route to becoming three of the top five players for consecutive games won. They each advanced automatically into the semifinals of the Tournament of Champions.

“So this is a rehearsal of sorts for them,” host Ken Jennings said at the top of the episode. “No prize money is at stake, just the chance to compete on the Alex Trebek Stage on this, the second anniversary of his passing.” 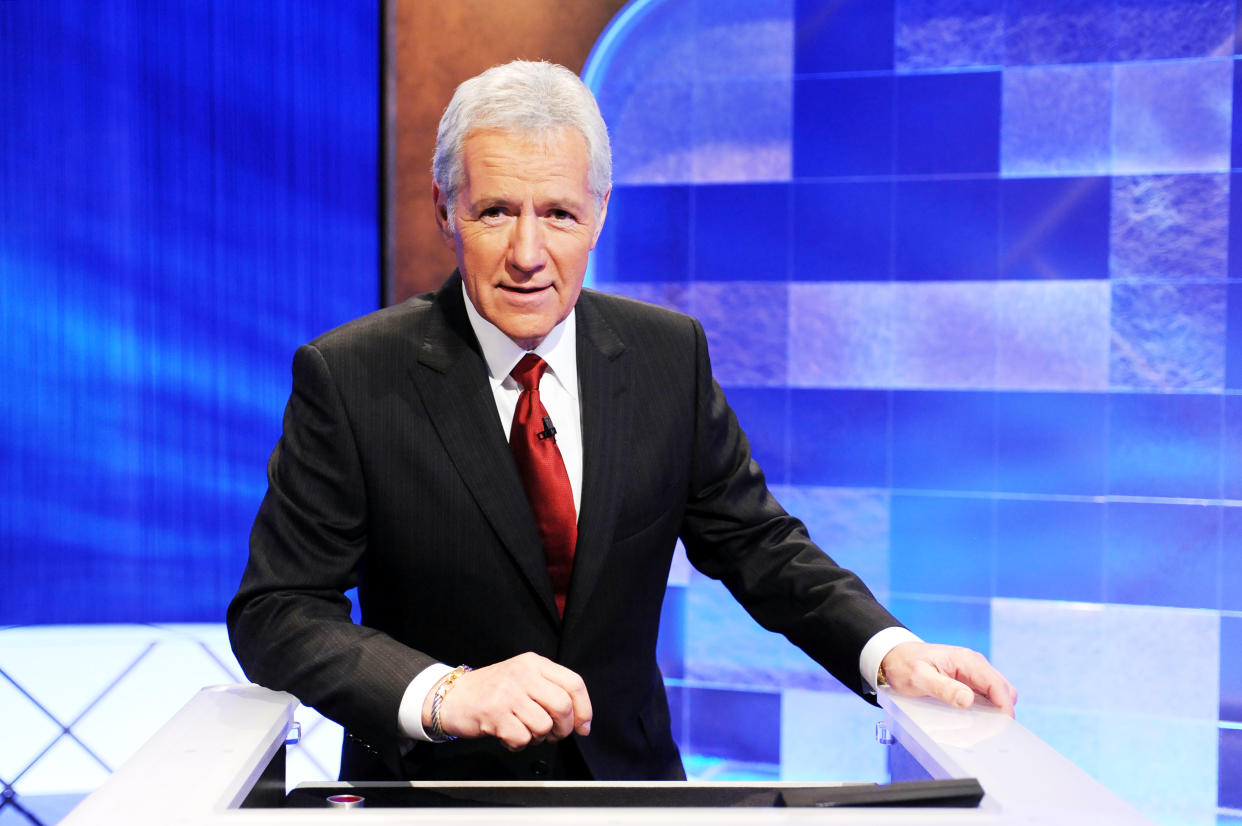 Trebek, who hosted “Jeopardy!” for 37 seasons, has left an indelible legacy on the program after his death. The show revealed at the beginning of its 38th season in 2021 that it would tape in the renamed Alex Trebek Stage.

On the one-year anniversary of his death, Jennings also said Trebek’s widow, Jean, gifted him with a pair of cuff links he wore while hosting the show.

“You know, at a time that was very had for her family, dealing with a lot of grief and a lot of challenges, she thought about ‘Jeopardy!’ and she thought about me, a person she had never even met,” he said. “And I just thought, ‘What a lovely thing to do.’ She’s fantastic.”

“Remembering the passing of the great Alex Trebek a year ago today. Alex was a legendary entertainer, philanthropist, and lover of life. We miss you, Alex,” she captioned a photo on Instagram that featured Trebek on the set of “The $128,000 Question” in the late 1970s.

This article was originally published on TODAY.com