A HUGE spike in Covid cases among youngsters has driven the second wave of Covid cases in England, stark figures have revealed.

The rate of infection among 17-29 year-olds is more than double the national average, according to Public Health England’s surveillance team. 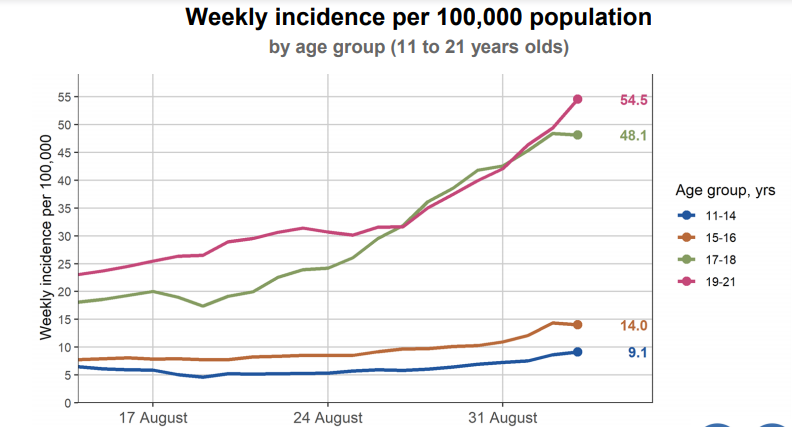 And government scientists said the sudden spike in cases has almost certainly sent the all-important ‘R’ rate of the virus surging above 1.

That means that on average, each person infected is passing on the virus to more than one other.

Detailed weekly infection data published today shows the number of cases per 100,000 is currently 19.7 across all age groups – up from 12.5 in just a week.

Government scientists said the problem was most acute among the youngest groups, with cases per 100,000 for 19-21 year-olds at 54.5.

The stark data led Boris Johnson and his medical and scientific advisers to target youngsters flouting social distancing with the tough new fines for those who meet in groups of more than six.

But they fear that without today’s radical intervention, Britain will follow in the footsteps of France and Spain, where a second wave of coronavirus started among young people but then spread to the elderly.

"That hasn’t happened here yet. And if people follow the social-distancing rules, then we can stop that from happening here.” 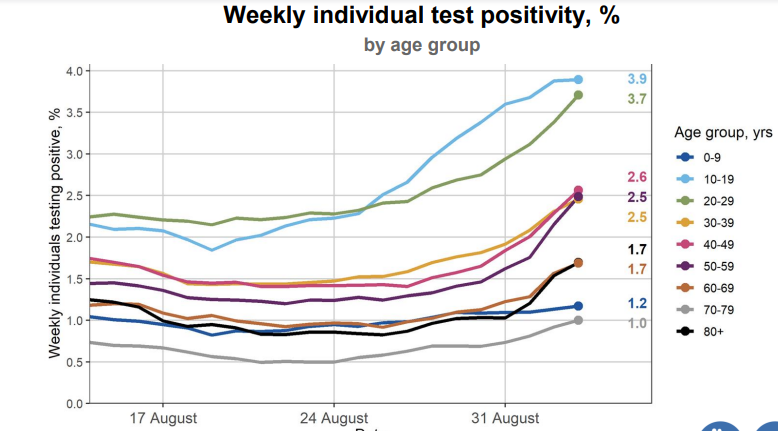