‘There will be two civilisations in Europe – one Christian, one mixed Islamic’: Hungary’s PM calls for ‘anti-immigrant forces’ to take over EU and says he’ll ‘fight’ Macron to save his country

Hungarian PM Viktor Orban warned of two civilisations in Europe – one Christian, the other mixed Islamic – as he called for an ‘anti-immigrant’ coup in the EU.

Speaking at a news conference in Budapest, Orban predicted there would be two civilisations, ‘one mixed Muslim-Christian in the West, and one traditional European-Christian in Central Europe.’

The nationalist leader called for ‘anti-immigration forces’ to seize power in May’s European elections and said he would ‘fight’ French President Emmanuel Macron, who he claimed was leading a pro-immigration agenda.

He welcomed a ‘Warsaw-Rome axis’ as he echoed calls for a ‘European Spring’ made by the Italian Deputy Prime Minister Matteo Salvini who challenged the ‘French-German axis’ on Wednesday during a visit to Warsaw. 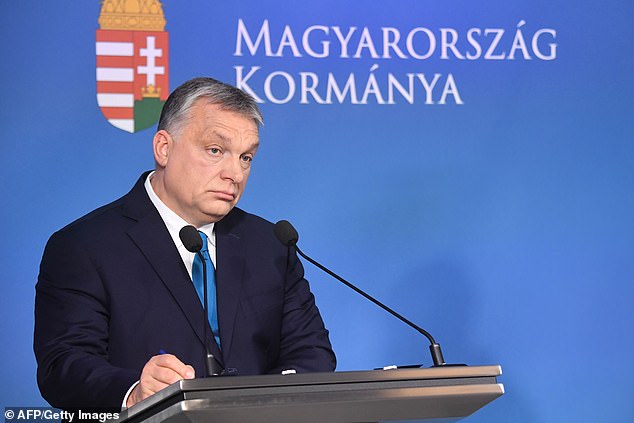 Hungarian Prime Minister Viktor Orban told the press conference in Budapest there would be two civilisations, ‘one mixed Muslim-Christian in the West, and one traditional European-Christian in Central Europe’ 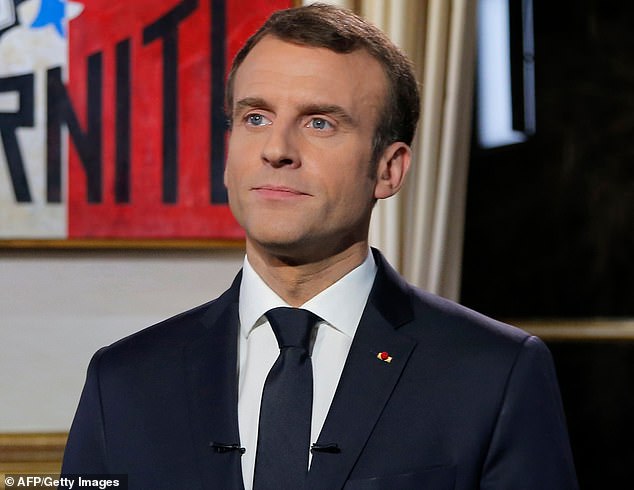 ‘Nothing personal’: Orban took aim at French President Emmanuel Macron, saying he would have to ‘fight’ Macron if his pro-immigration agenda prevailed in Europe

‘The Polish-Italian or Warsaw-Rome axis is one of the greatest developments that the year could have begun with,’ Orban said.

Orban called Salvini his ‘hero,’ after the Italian leader said there would be a ‘new plan for Europe’ at talks with Jaroslaw Kaczynski, the head of Poland’s governing right-wing Law and Justice (PiS) party.

‘He was the first politician in Europe who said that migration can also be stopped at sea, that made him a hero in my eyes.’ The 55-year-old Hungarian leader said.

Orban, who won a third consecutive term in April with an electoral campaign based on anti-immigration policies, also said that he had ‘great hopes’ for cooperation between Italy and Poland.

He gave full support to an Italian-Polish initiative to form a right-wing alliance for the European Parliament where he hopes anti-immigration parties will gain a majority.

The Polish and Italian ruling nationalist parties currently sit in different European Parliament groupings to Orban’s Fidesz, which is a member of the centre-right European People’s Party (EPP).

But Orban said he sees that ‘anti-immigration forces capable of governing are searching for different modes of cooperation… and that is good news for both us (Fidesz) and the EPP.’

Fidesz’s presence in the EPP has been controversial, with critics calling for it to be expelled from the grouping over what they say is Orban’s growing authoritarianism.

Orban said that ‘for the first time the European elections will decide on a question that touches all of Europe, that is, immigration.’

Orban took aim at Macron, whom he called the leader of pro-immigration policies in Europe.

‘It is nothing personal, but a matter of our countries’ future,’ Orban said of Macron. ‘If what he wants with regards to migration materialises in Europe, that would be bad for Hungary, therefore I must fight him.’

Orban also said he saw no chance for a compromise with Germany. He said German politicians and media attack him, often brutally, exerting undue pressure on him to admit migrants.

Immigration has been the main political vehicle for Orban since 2015, when he was the first leader on the continent to take an extreme hard-line on the issue.

He built a razor wire fence along Hungary’s southern border to stop it as tens of thousands of refugees fleeing war and poverty reached Europe’s shores and border.

Orban has tightened his grip on power since 2010, defying EU norms and rising to prominence as the continent’s voters increasingly respond to populist agendas. 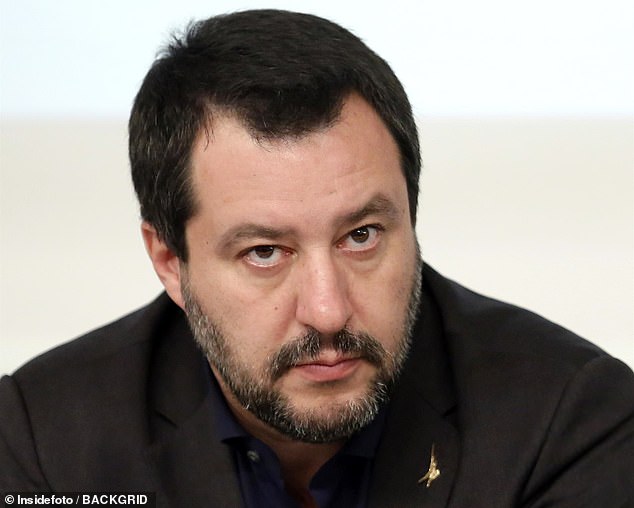 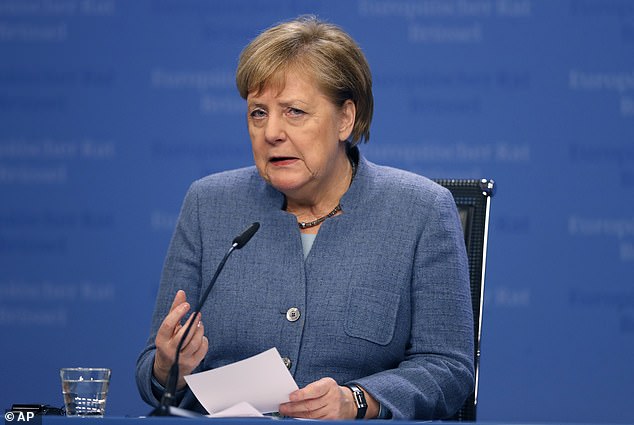 While Orban made strides in fixing the economy, his critics have said he has done that while eroding democratic checks and balances, turning much of domestic media into mouthpieces, and using EU funds to bolster businessmen friendly to his regime.

Orban’s stance set up the prospect of a southern and eastern European axis against a France-German tandem ahead of the EU elections which could redraw the continent’s political map.

Salvini said during a visit to Warsaw on Wednesday that Italy and Poland should join forces in a euro-sceptic alliance.

‘The Polish-Italian or Warsaw-Rome alliance is one of the greatest developments that this year could have started with,’ Orban said, describing Salvini as a ‘hero’ for stopping migration at the shores of Italy.

‘I am pinning great hopes on this.’

Hungary’s goal is to gain an anti-immigrant majority in the European Parliament, then in the executive European Commission, and later, as national elections change the continent’s political landscape, the European Council, where national leaders make the most important EU decisions, Orban said.