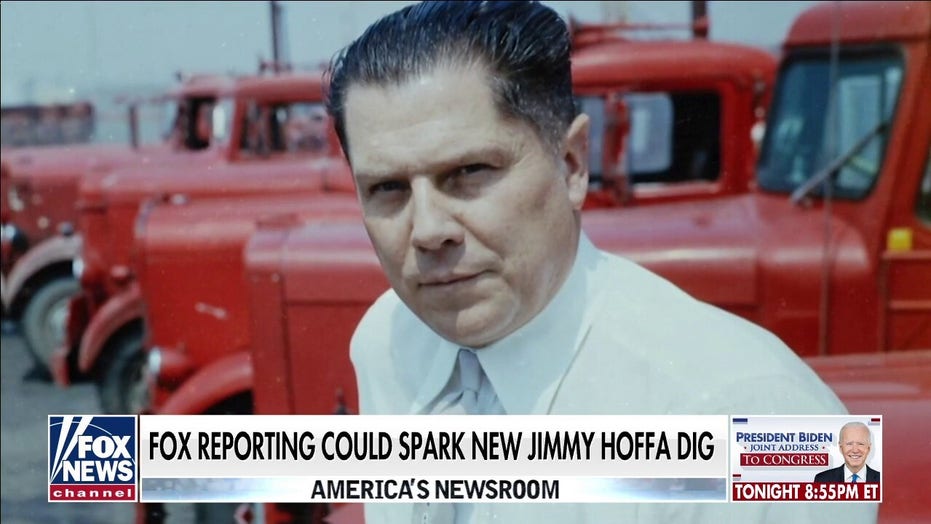 A Fox Nation investigation into the claim about where Jimmy Hoffa is buried is being actively pursued by law enforcement authorities to determine if the legendary labor leader, or another missing mob victim, is buried under a plot of land in New Jersey.

The development comes after Fox Nation’s investigative series “Riddle: The Search for James R. Hoffa” used ground-penetrating radar to detect multiple large pieces of curved buried metal, similar to buried drums, where Hoffa’s remains were said to be buried in a 55-gallon metal drum shortly after he disappeared in Detroit in 1975.

“This is going to lead up to finding him,” Frank Cappola told Fox Nation.

Authorities are acting on Cappola’s claim that it was his father, Paul, who buried Hoffa in a secluded plot of land beneath the elevated Pulaski Skyway in Jersey City, New Jersey, after the body was delivered from Detroit. Cappola hoped that his revelations would prompt law enforcement to conduct a dig at the site to find Hoffa.

Cappola’s father was the co-owner of a former mob-connected toxic waste dump, known as Moscato’s dump, which the FBI was told in the fall of 1975 was where Hoffa likely ended up. Cappola told us that after Hoffa’s body was brought in, it was his father who stuffed the body into a drum before burying it. 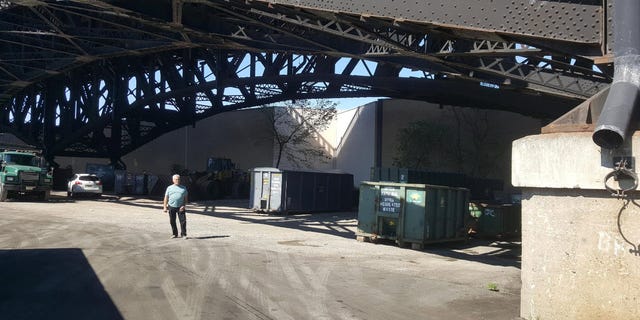 Cappola said his father decided to change the location where he was first ordered to put the body “after hours” because he did not want Hoffa’s remains to be found on his dump’s property.

“He was very upset about it his whole life. He was told to do it. My father was not a wise guy or a tough guy. He was a businessman,” he said. “But he had to be put in that position because if you don’t do it, they are going to do it to you.”

He said his father moved the barrel with a front-end loader, dug a deep hole with an excavator, and then dumped the barrel containing Hoffa’s body at the bottom of the 12-foot-deep pit. He then piled more metal drums on top of it, before covering them all up with dirt and debris. 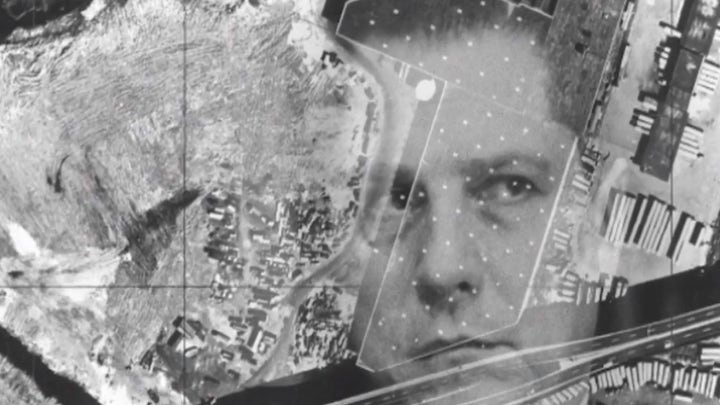 The small plot of land, an empty lot of hard soil and gravel, is now owned by the New Jersey Department of Transportation and sits just feet from what was then the Moscato dump property line.

Fox Nation hired a ground-penetrating-radar company Ground Penetrating Radar Systems to conduct an underground survey of the location using ultra-high-frequency electromagnetic waves that can detect buried metal. We discovered what the radar technician said are multiple large pieces of round metal, shaped like the sides of barrels, buried on top of each other, starting at about 4 feet down, just as Cappola had described them.

“I would bet my life on it that he is still there,” Cappola told us.

The radar also picked up a large section of disturbed earth that appears to be a filled-in pit, as if a large hole had been dug and then had new dirt deposited into it.

The dump was a notorious toxic waste site in the 1970s and was eventually declared a federal Superfund site. It was cleaned up and remediated by the U.S. Environmental Protection Agency and state agencies in the 1980s. Ten thousand drums filled with toxic waste were removed. But EPA records show that the spot in question was never examined. The location was not part of the zone that was included in the clean-up plans.

As part of our series, Cappola told noted Hoffa expert and author Dan Moldea about his claim and took him to the site. Moldea, who partnered with our Fox Nation investigation, has delved into Hoffa’s disappearance for the past 46 years. In 1978 he wrote the landmark book, “The Hoffa Wars,” and believes that Frank’s claim is very credible.

“Frank’s story, and I have heard some great stories, but Frank’s story is the best darn story I have heard about this case since I first started investigating this story in 1975,” Moldea said.

JIMMY HOFFA FBI FILES THAT HAVE BEEN HIDDEN SINCE 1975 MUST BE RELEASED, LAWMAKERS TELL DOJ

Moldea, who encouraged Cappola to come forward and reveal the location, also said Cappola signed an affidavit backing up his claims that “will blow law enforcement away.”

Cappola told us that his father also told two other men about burying Hoffa. One was a close friend known as “Lala.” While Frank could not recall “Lala’s” real name, the FBI has identified him as Ralph Pinella, described as “a top lieutenant” in the New Jersey Genovese crime family and mob partner to New Jersey Teamsters Union president Anthony “Tony Pro” Provenzano, the Mafia powerhouse who the bureau has long suspected had engineered Hoffa’s murder. 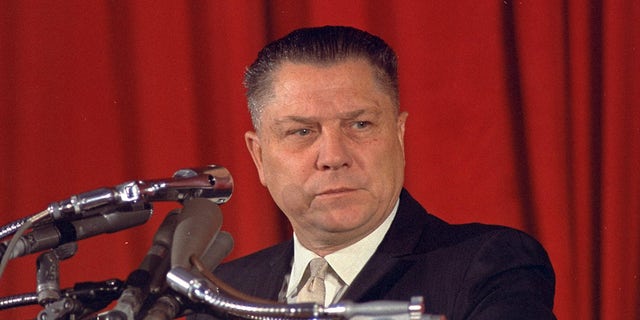 In a statement, the FBI told Fox Nation, “As with any missing person investigation, the FBI is committed to locating Mr. Hoffa. Throughout the nearly 46 years since Mr. Hoffa’s disappearance, people have come forward with tips and information. When we are able to develop credible leads from those tips, we pursue them, and will continue to do so until the case is solved.”

It is illegal for Fox Nation to dig up what we found because it is on state-owned land.

Last month New York Congressman Lee Zeldin, who is now running for the Republican nomination for governor, urged authorities to conduct a dig at the spot.

“They need to find all the motivation inside of them to get down to this site and to check this one specific location, which is located near where they looked a little over 45 years ago, but they didn’t actually check this site,” Zeldin told Fox News. In 1975 Federal authorities used a search warrant naming a missing New Jersey mobster as the reason for examining the dump property, but at the time “an exact location” had “not been pinpointed.”

Cappola wanted law enforcement to excavate the site he pinpointed to determine if Hoffa’s remains are indeed there. Sadly, if that happens, he will not have lived to see it. He died of lung issues four months after our interview, at the age of 63.

Watch the four episodes of “Riddle: The Search For James R. Hoffa” on Fox Nation by signing up today.