Husband and wife volunteers, both 71, catch 133,000 drivers speeding through their village in a WEEK as they lobby for cameras to be installed

For years, the peace and quiet of village life was battered by wave after wave of fast-flowing traffic.

That was until two heroes in hi-vis stepped in to shame the 133,000 drivers they caught speeding through their community in one week.

Fed up with the blight of reckless driving on their village, Malcolm Buller and wife Joan, both 71, decided to take matters into their own hands. 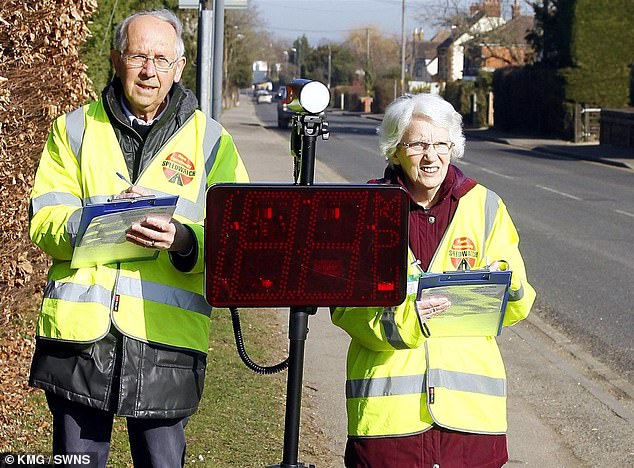 Fed up with the blight of reckless driving on their village, Malcolm Buller and wife Joan, both 71, decided to take matters into their own hands

But they shocked locals with the results of their week-long speed check – which found almost half of all motorists who passed through Staplehurst in Kent broke the 30mph limit, while around 150 were driving at more than 70mph.

It means an average of 19,000 drivers per day could have been hit with a speeding ticket.

The results caused outcry in the village of just 6,000 residents, with many now calling for speed cameras to be installed on its roads.

Mr Buller, who is head of Speedwatch in Staplehurst, said: ‘When I told people the figures at the forum, they were just open-mouthed in shock. We live here and really don’t want to become an accident statistic.’

One local, who asked not to be named, said: ‘Something does need to be done before children are killed. We’re going to try to get a speed camera installed.

‘It’s a long, straight road so people just welly it. So it’s only a matter of time before tragedy strikes.’ The parish council members surveyed the A229 which runs through Staplehurst and leads to a library, special educational needs school, tennis club and post office.

The A-road breaks into four different roads as it passes through the village, meaning in theory the same driver’s speed could be recorded multiple times. 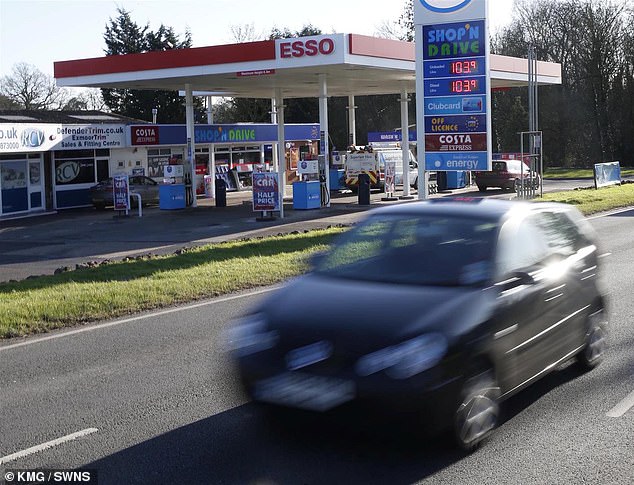 Staplehurst in Kent where the volunteers clocked 133,000 speeders in a week

Electronic strips recorded a whopping 284,024 vehicles on the roads between November 14 and 20 last year – 47 per cent of which were found to be speeding.

Parish council chairman Tom Burnham said: ‘It is frightening to see what speeds some drivers are doing through the village.’

Speaking at the public forum, where the results were announced last week, Tory MP for Maidstone and the Weald Helen Grant said: ‘I know how concerned residents are. It is vital that we find ways to deter speeding and avoid serious damage to property, long-term injuries and even fatalities.’