Hen-pecked Barclays executive, 51, is found guilty of murdering wife, 49, who he battered to death with a crowbar after she mocked his erectile dysfunction 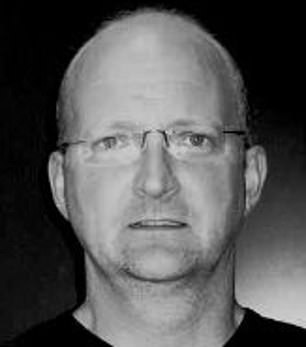 David Pomphret (pictured), 51, has been found guilty by a jury at Liverpool Crown Court of the murder of his wife Ann Marie, 49, who he bludgeoned to death with a crowbar last November 2

A ‘quiet’ hen-pecked banking executive has been found guilty of battering his wife to death with a crowbar after she mocked his erectile dysfunction.

David Pomphret, 51, bludgeoned his wife Ann Marie, 49, more than 30 times at the stables they owned near the family home in Winwick, Warrington on November 2 last year.

The couple, who shared their home with their 18-year-old daughter Megan, had gone to pick up tools to fix the shower but the ‘volatile’ wife began ‘ranting’ at him, he claimed.

Pomphret told his trial at Liverpool Crown Court that she shouted at him, called their daughter a ‘fat s***’, mocked his sexual performance and slapped him, which prompted him to snap and beat her to death in a ‘temporary loss of control’.

Described as a ‘quiet man’, the jury was told the Barclays technology expert suffered years of physical and mental abuse at the hands of his wife, who struggled with depression, an autistic personality disorder and recent cancer diagnosis.

After he killed her, he dialled 999, saying he had found his wife lying in a pool of blood, ‘very dead’, adding: ‘There is brain and blood everywhere, and it looks like she has had her head beaten in.’

He burned his bloodstained clothes, disposed of the murder weapon, protested his innocence and was released on bail – but did not destroy his socks, which would ‘come back to haunt him’. 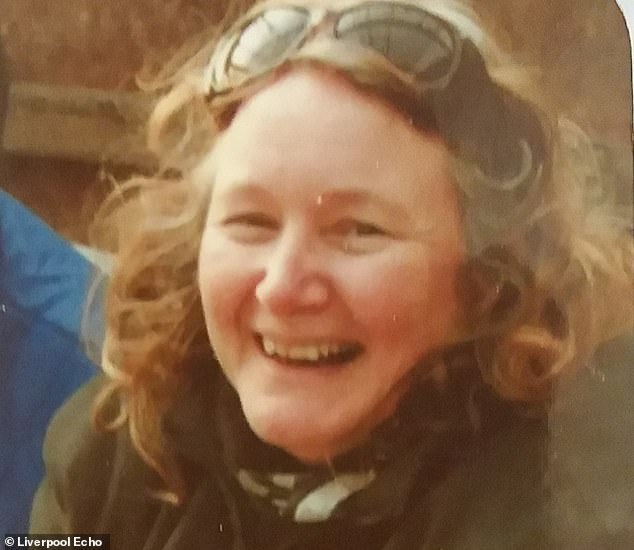 But he was re-arrested after police found his wife’s ‘airborne blood’ on his socks, a ‘huge mistake’ putting him at the scene of the crime.

He then had to change his story, the jury was told and admitted manslaughter, tearfully telling jurors he ‘killed the woman I loved’.

Pomphret still denied pre-mediated murder, instead claiming a ‘special defence’ and blaming his wife’s behaviour for a temporary loss of control.

He told the court: ‘One of Marie’s favourite TV programmes was CSI and one of the things they always said is you can’t get rid of blood.’

But he was today convicted of murder by the jury today following a 10-day trial.

Pomphret gave no reaction as the chairman of the jury delivered the unanimous guilty verdict following 10 hours, 42 minutes of deliberations.

His daughter Megan watched from the public gallery, supported by friends and police officers.

Judge David Aubrey told Pomphret: ‘You have been convicted by the jury of the crime of the murder of your wife. There can only be one sentence – a sentence of life imprisonment.’

He said he would set the minimum term before the defendant is eligible for parole when he passes sentence next Tuesday. 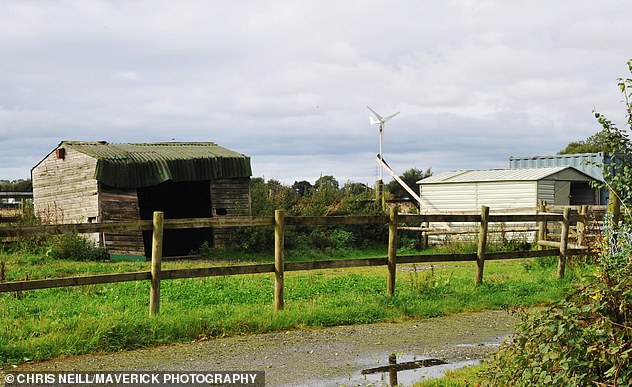 Pictured: The family’s stables in Winwick, Warrington, where Pomphret murdered his wife

Previously, Gordon Cole QC, prosecuting, told the jury: ‘One huge, huge mistake -this man did not get rid of his socks.

‘Without the socks, there is no forensic evidence linking him to the scene.

‘The huge mistake was he did not get rid of his socks. There was airborne blood that put him at the scene of the murder.

‘Now he’s at a scenario he was at the scene. What’s the next least worst alternative? Loss of self-control.’

Pomphret had tried to ‘pull the wool’ over the jury’s eyes by claiming he simply lost control due to his wife’s behaviour, Mr Cole added.

The trial heard that the couple met on Mrs Pomphret’s 21st birthday and were ‘happily married’ with one daughter, Megan.

But, over the course of their nearly 30-year relationship, his wife’s physical and mental health deteriorated, the jury was told.

Mrs Pomphret had a number of issues, including being on the autism spectrum, suffering Asperger syndrome, and had recently had treatment for cancer. 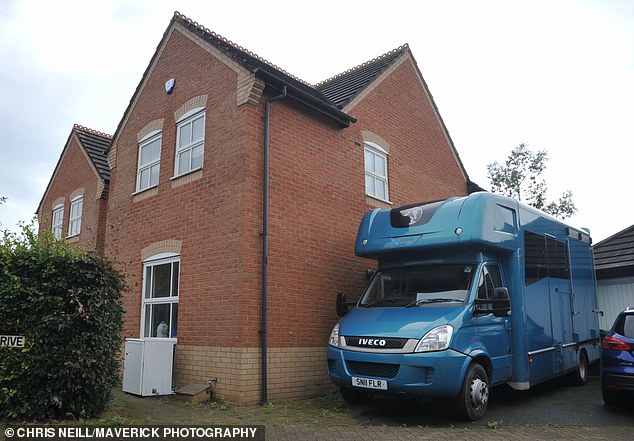 The couple, who shared their home (pictured) with their 18-year-old daughter, had gone to pick up tools to fix the shower but the ‘volatile’ wife began ‘ranting’ at him, he claimed

The defendant said he and their daughter developed ‘coping mechanisms’, removing themselves, or his wife, from a situation and deciding to ‘let her rant’.

Last November 2 had been a normal day, the court heard – Pomphret went to work, then the couple went shopping at Asda before visiting their stables near their home to check on their horses.

Pomphret said he needed to pick up tools to fix the shower at home, but she shouted he was ‘f****** crazy’ and ‘just going to create more shit’, before criticising their daughter.

He told the court: ‘She ranted at me for being a bad parent, calling me f****** useless. Called me limp and useless. I was not performing very well.

‘Marie was at this point raging, absolutely raging, finger pointing, screaming. She then slapped me across the face.

‘Er, I remember reaching out, grabbing her hood and … I don’t remember. I was standing at the side of her body. There was blood on my hands and the crowbar. She was on the floor.’

Defensive injuries to his victim’s hands and arms were found as his wife covered her head to try to avoid the blows.

He told the jury he had panicked and ‘stupidly’ decided to try to cover his tracks.

Under-cross examination, Pomphret told the jury he lied to police because he wanted to be there for Megan and to ‘avoid this’ in court.

Prosecutor Mr Cole added: ‘What is ‘this’? ‘This’ is justice for killing somebody. For killing his wife in the way he did.’

Pomphret will be sentenced next Tuesday.