A HORRIFIED mum watched as her toddler started screaming in pain after she dabbed a Lidl lotion on her face.

The three-year-old had red blotches cover her "in seconds" that lasted for 24 hours. 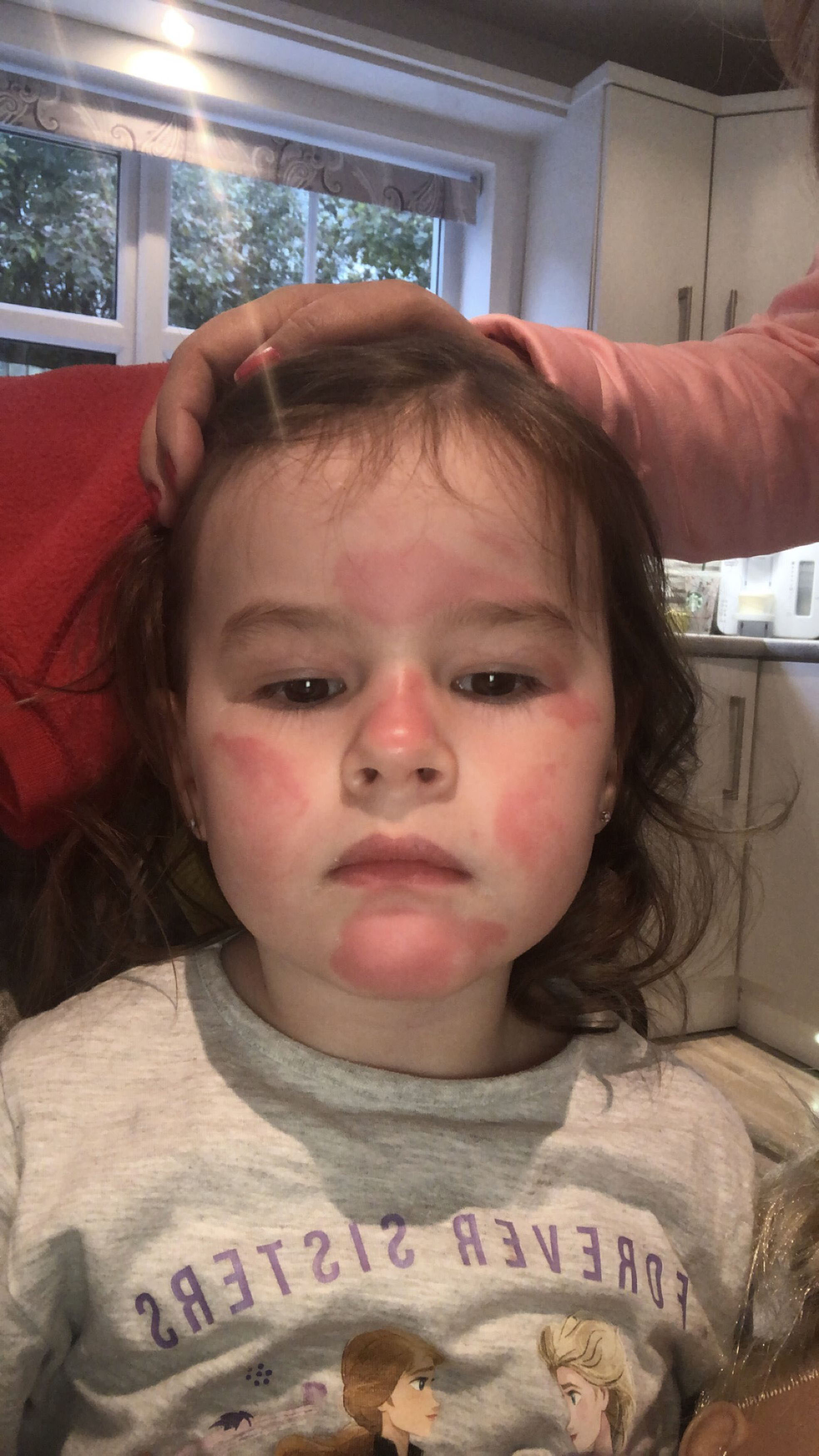 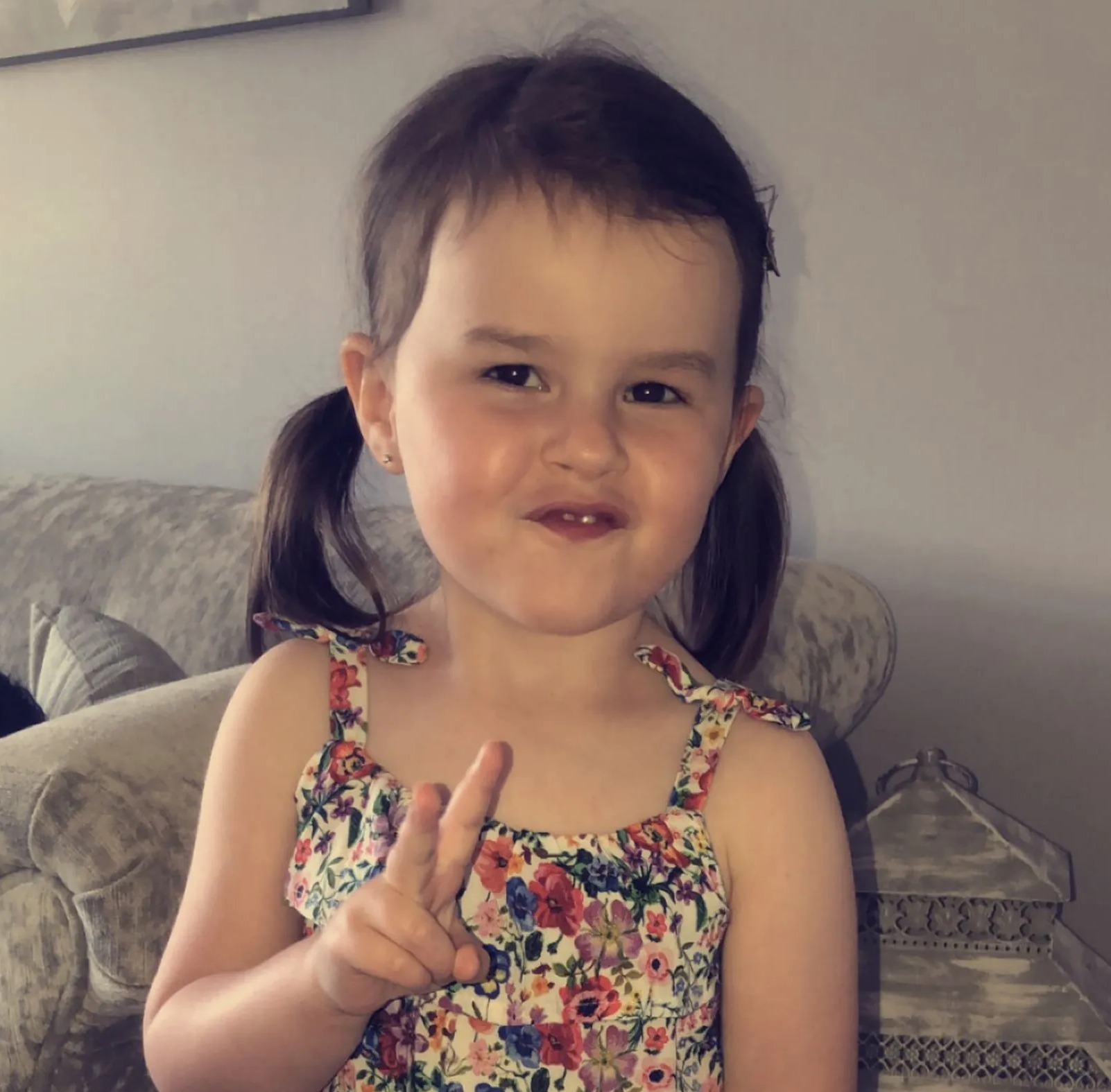 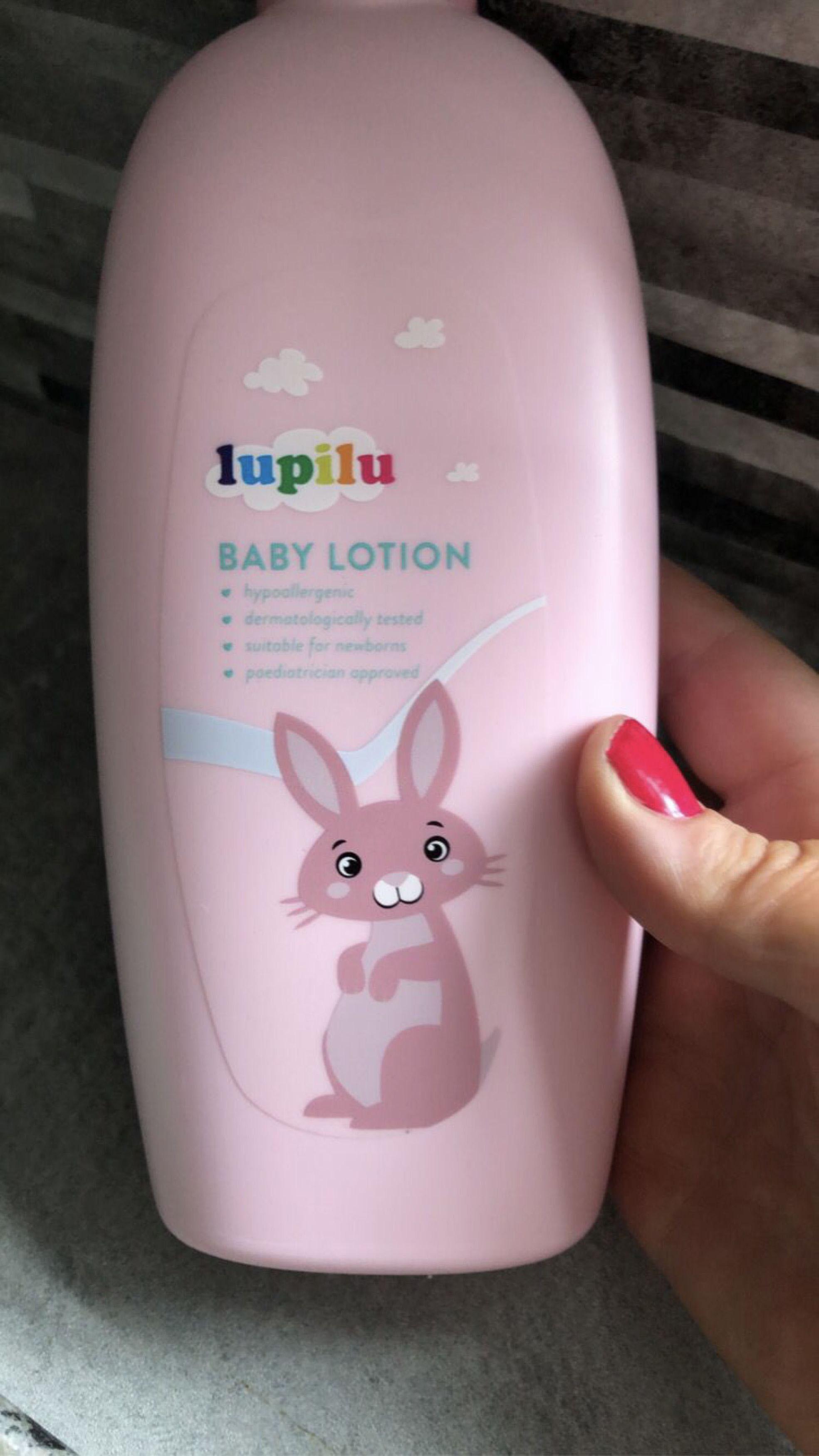 Lezah Thompson had run out of her usual baby lotion and decided to buy Lidl's own brand, Lupilu, instead while out doing her weekly shop.

The 34-year-old stay-at-home mum says she applied the cream to her daughter Thea's face as usual but within seconds the tot was "squealing" in pain.

After quickly rinsing the lotion off under the sink she was left with sore, red blotches all over her face for the next 24 hours.

After sharing her child's ordeal on social media, Lezah says she was contacted by someone who worked locally in environmental health and was encouraged to report it.

Lidl said that so far this had been an "isolated incident" but have asked for the product to be sent back for tests, at which point the investigation into the cause can continue.

Lezah, from Derry, Northern Ireland, said: "I normally use Johnson's but I'd run out of that so and I was out in Lidl doing my shopping so I thought I'll give that a try.

"I just dabbed it on her face, on her cheeks, forehead and chin and just before rubbing it in she said 'mummy that's burning me' and I looked down and saw the red.

"I knew straight away that something was wrong – I just thought that's not normal.

"I got her to the water quickly and rinsed it off. She had red blotches all over her face and she started really squealing and saying it was burning.

"It happened within seconds. For the rest of the day I had to keep putting a damp cloth on her face to cool it down.

"I gave her paracetamol and thought if it's still like that tomorrow then I'll take her to the doctor and get her seen to.

After a painful 24 hours with red-raw skin, thankfully little Thea's burns began to calm down the following day when the redness began to subside.

Lezah insists that her daughter has never had an allergic reaction to any cream or cosmetic product and so reported it to Lidl for them to investigate.

Lezah said: "I contacted Lidl and they said they'd get quality assurance to look into it for me and get back to me.

"I asked them multiple times through the week if there were any updates. They asked how long before the symptoms started, how long did it take to go down and did I take her to a doctor.

"So they're looking into it as well. They said they've contacted Lidl but haven't heard back from them yet.

"Lidl asked me to send the product to them but I haven't because Environmental Health told me to hold off as they might need the product. If they don't I'll send it back to Lidl."

Lezah says she feels lucky that she was able to wash the lotion off quick enough before it did worse damage to her daughter's skin.

She and her husband Pat Thompson, 34,say they are relieved that they didn't use the lotion on either of their two younger children who may have been unable to tell them if something was wrong.

A Lidl spokesperson said: "Customer and product safety is of the utmost importance to Lidl. We have rigorous quality control processes in place to ensure that our products adhere to the highest standards.

"Our Customer Services team made our Quality Assurance team aware of a complaint from a customer. The Quality team opened an investigation and began the process of obtaining information from the customer.

"At this moment this is an ongoing case and have engaged with the customer at all stages.  A request was made to return the product to Lidl so we could ensure it was tested – unfortunately the product has yet to be returned and therefore we cannot progress with the investigation.

"There have been no additional complaints relating to this product so at this point in time it is in an isolated incident."

A spokesperson for Derry City and Strabane District Council confirmed that its Environmental Health team had received a complaint and are currently investigating the matter. 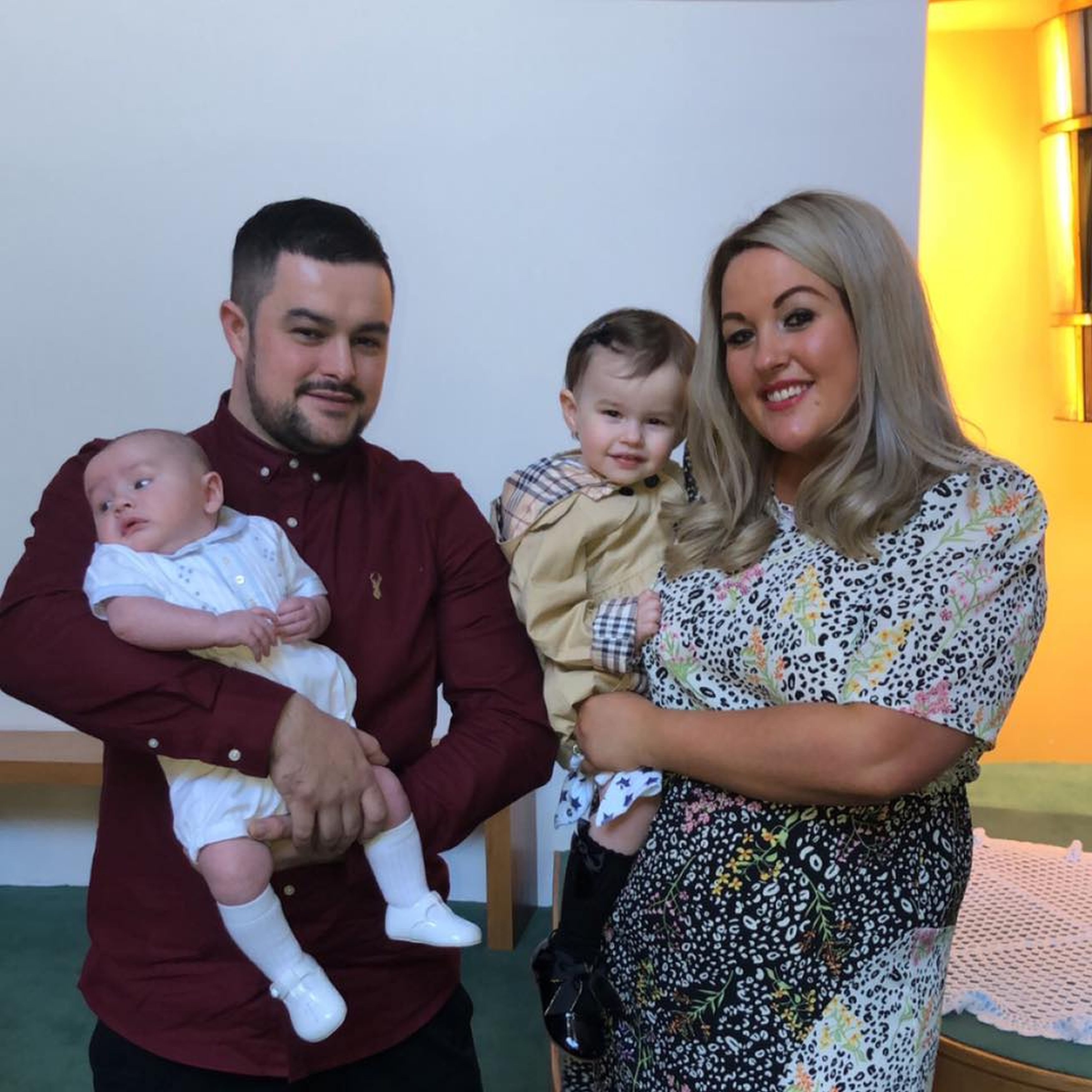 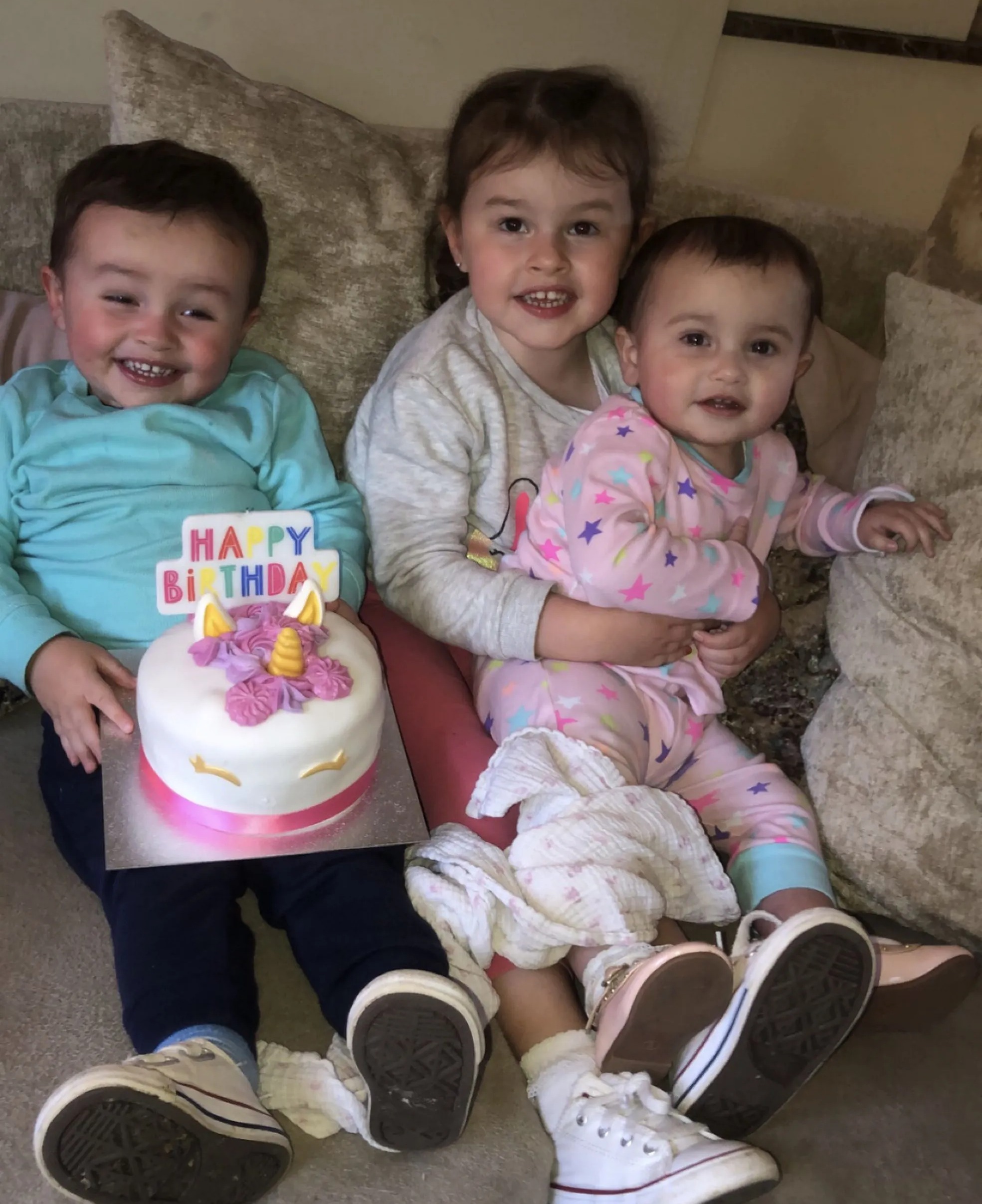