JOHN Smyth styled himself as a moral crusader, an evangelical Christian preacher who would lecture disciples about the evils of pornography and gay sex.

In these sermons, he never mentioned his other life – the one where he lured young boys to his house, stripped naked with them, and beat them until they bled. 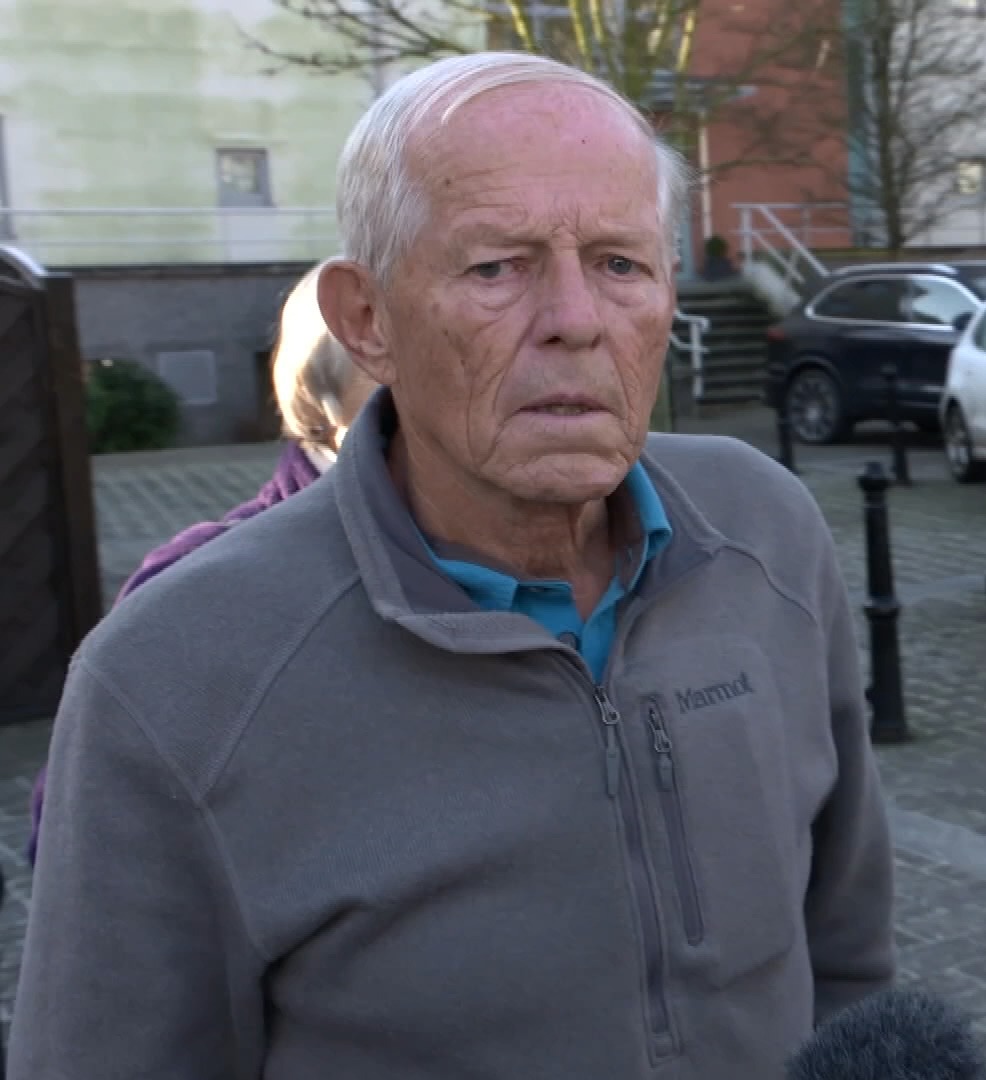 Over six sickening years, Smyth–a top British barrister – was allowed to wander in and out of a leading boarding school, choosing boys to abuse.

When Church of England clergy were told, they turned a blind eye and allowed him to carry on.

Many were thrashed with canes until they bled, groomed through an extensive network of ‘Bash camps’ and forced to wear nappies to cover their horrendous injuries.

It was the latest chapter in a battle for justice I have been fighting on the behalf of victims since uncovering the story nearly a decade ago.

Despite the death of Smyth in 2018, which tragically prevented him ever being brought to justice, there are still a number of crucial questions to be answered.

Smyth recruited many of his victims at Winchester College, the £43,000-a-year boarding school where Rishi Sunak was Head Boy – although their paths never crossed.

The barrister lived in a gated cottage a few miles from the school with his wife Anne and four small children. 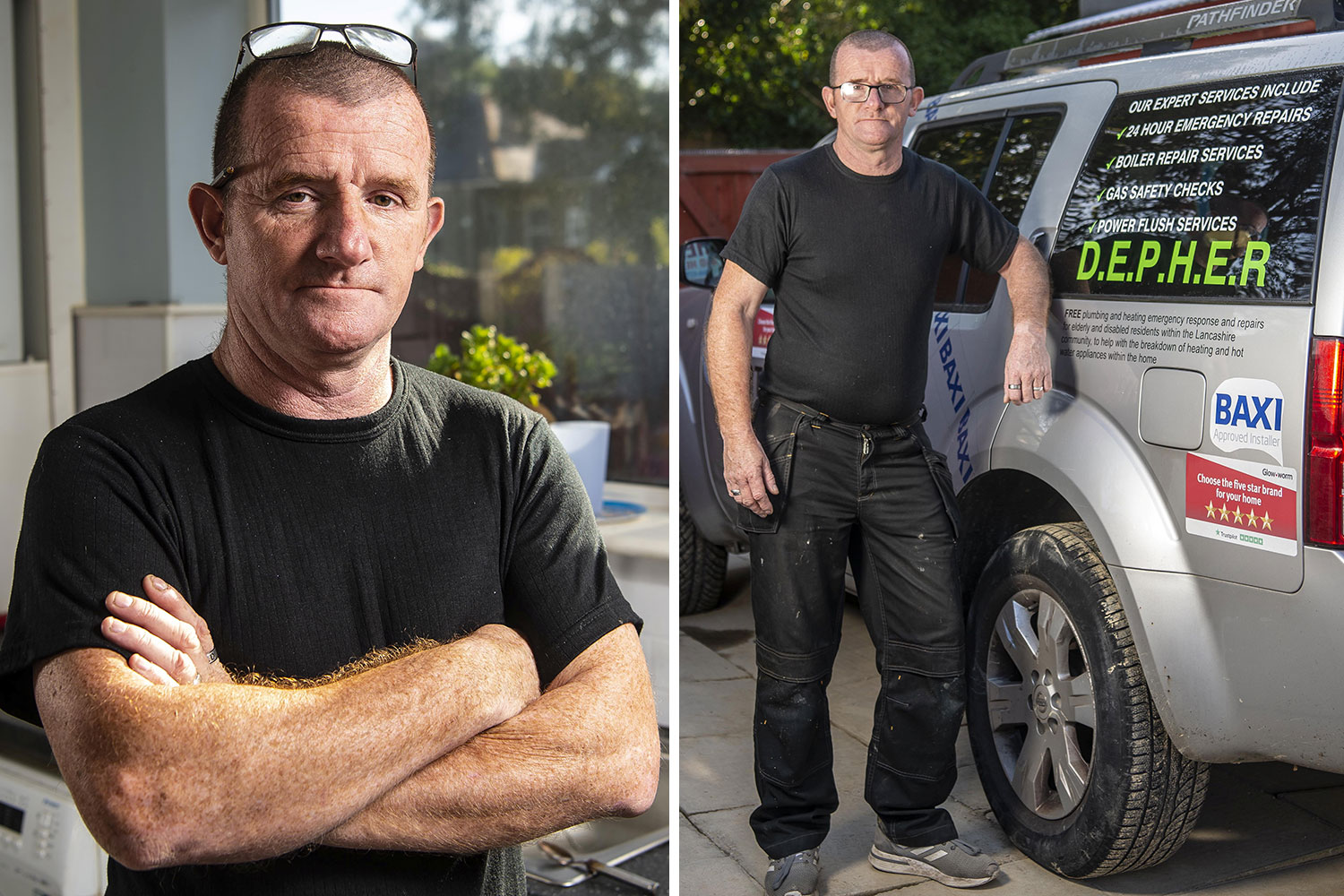 Smyth was a brilliant young lawyer who worked for the moral crusader Mary Whitehouse. He prosecuted Gay News, Channel 4 and the National Theatre in cases of blasphemy and pornography.

Winchester turned a blind eye when he visited every Sunday to lead Bible studies and prayers.

Afterwards he would select a handful of boys and drive them to his house for Sunday lunch. He took them one by one to the shed at the end of his garden.

Here, he prayed for them, then forced them to strip naked and thrashed them with canes until they bled.

This was far worse than public school ‘six of the best.’ Some boys were given hundreds of strokes, and had to wear nappies to stop the bleeding.

Smyth had built the shed specially and soundproofed it with blankets. A white flag in the grass outside said that no one should enter.

Smyth told them he had been sent by God and that the beatings would make them more like Jesus.

Victims' lives 'taken over by abuse' 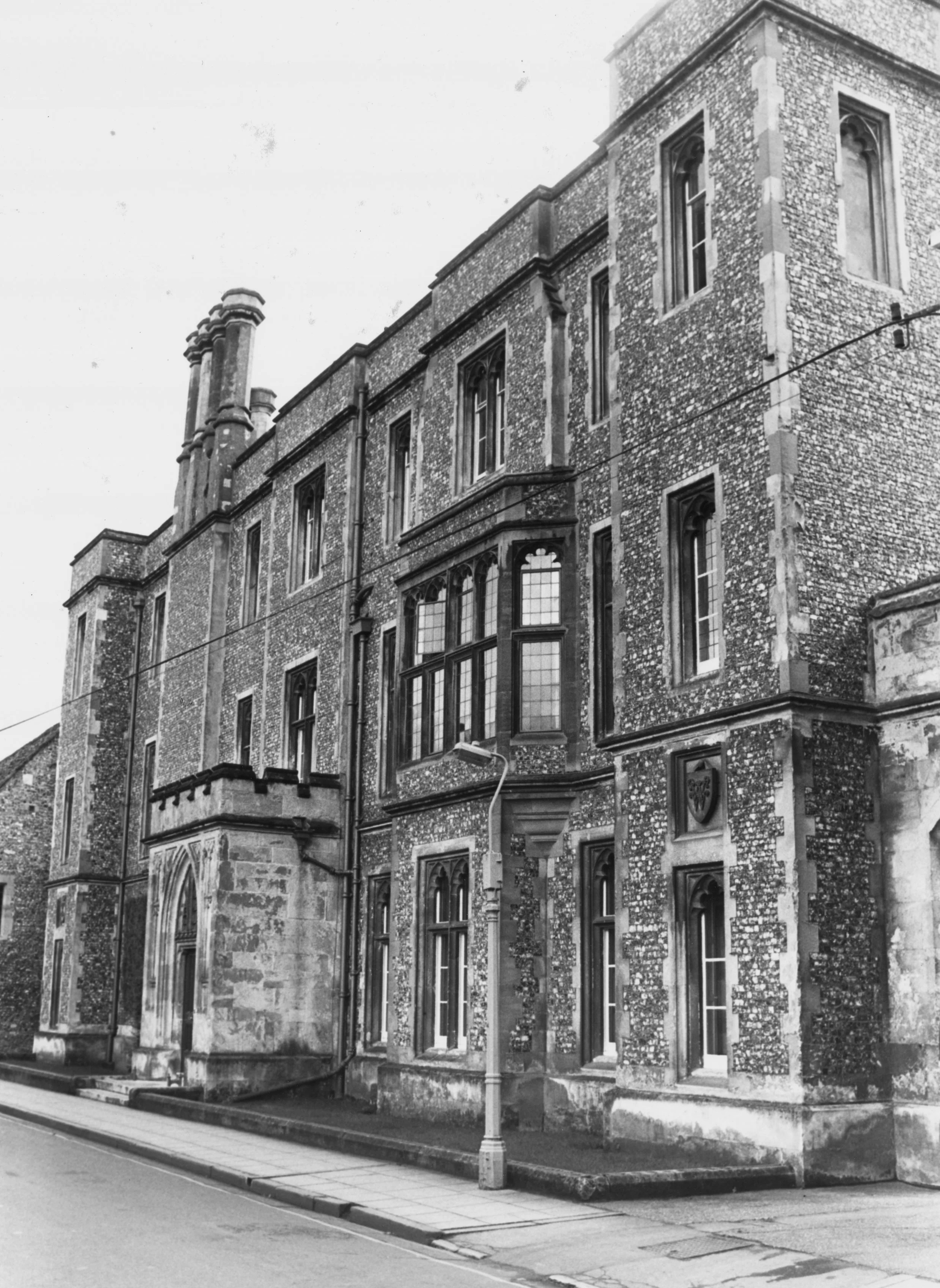 I first heard of John Smyth in 2014, as the world was waking up to the evils of Jimmy Savile.

One brave man had decided to speak out. Graham – not his real name – had lived with the secret of Smyth’s abuse for 30 years. It had driven him to addiction and wrecked his life.

Now he wanted to know whether his old school pals were still suffering as he was – and whether Smyth was still alive and abusing other young men.

It set off a chain of events that ended with me meeting Graham and two other Smyth victims in a pub garden in Surrey.

“I have spent much of my adult life thinking about the abuse,” Graham told me.

What they proceeded to tell me that day was so shocking that it has taken over my life ever since. 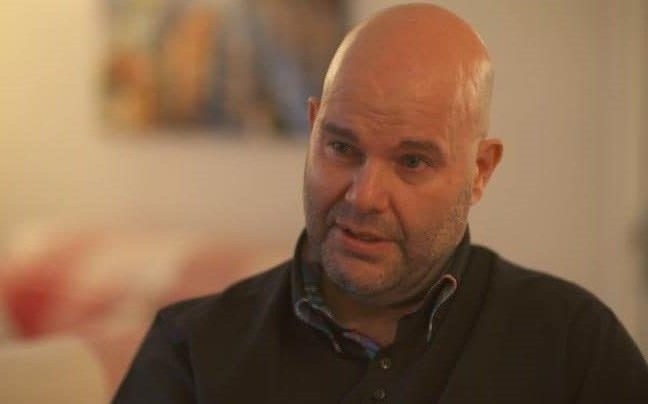 All three men had been to an exclusive series of summer camps run for boys from top boarding schools, including Winchester.

The camps were held at Clayesmore School in the village of Iwerne Minster, Dorset. For that reason they were known as Iwerne – or more often ‘Bash camps’ after the nickname of Rev E Nash, the clergyman who had founded them.

Iwerne was a cult-like group aiming to convert boys to its own brand of Christianity, and recruit them to be vicars in the Church of England. Only boarders at England’s poshest schools were invited to attend.

The camps had their own secret language. Boys who were inside the group were called “sound” or “one of us.” If you questioned any of the beliefs you would not be invited back.

The only women on the camp were the cooks. They were known as “bunnies” and were banned from talking to the boys.

Between camps each boy was assigned to an older man, who would write to them regularly through the year, or visit them to check on their Bible reading and sex lives.

Some of today’s top church leaders, including the Archbishop of Canterbury Justin Welby, attended the camps. So did future politicians like Reform UK leader Richard Tice.

Disgraced Wimbledon vicar Jonathan Fletcher, who is currently being questioned by police over sexual assault claims, also attended every camp.

John Smyth was the chair of the trust that ran the camps, and was a popular speaker.

He had such a hold over the boys that they would do whatever he said. At least 20 boys from Iwerne joined his punishment cult.

Smyth rarely beat the boys at camp, preferring to meet them at his home.

But at least once he beat a boy in a room at the school – handing out hundreds of strokes in a thrashing that lasted from morning till night.

One of the victims – now at university – began to feel that what was happening was wrong. He reported it to the leaders of the Iwerne Trust.

But instead of telling the school straight away and stopping Smyth in his tracks, they allowed him to carry on meeting boys.

In a bid to protect the Iwerne movement, they quietly arranged for Smyth and his family to move to Africa in 1985.

“We did not tell school authorities directly because we felt that such information would soon be passed around and would damage Camp,” one wrote at the time.

In the pub garden my new friends asked me to go to Africa for them to find out what had happened after Smyth left the UK.

What I discovered was more shocking than anything I had heard yet. 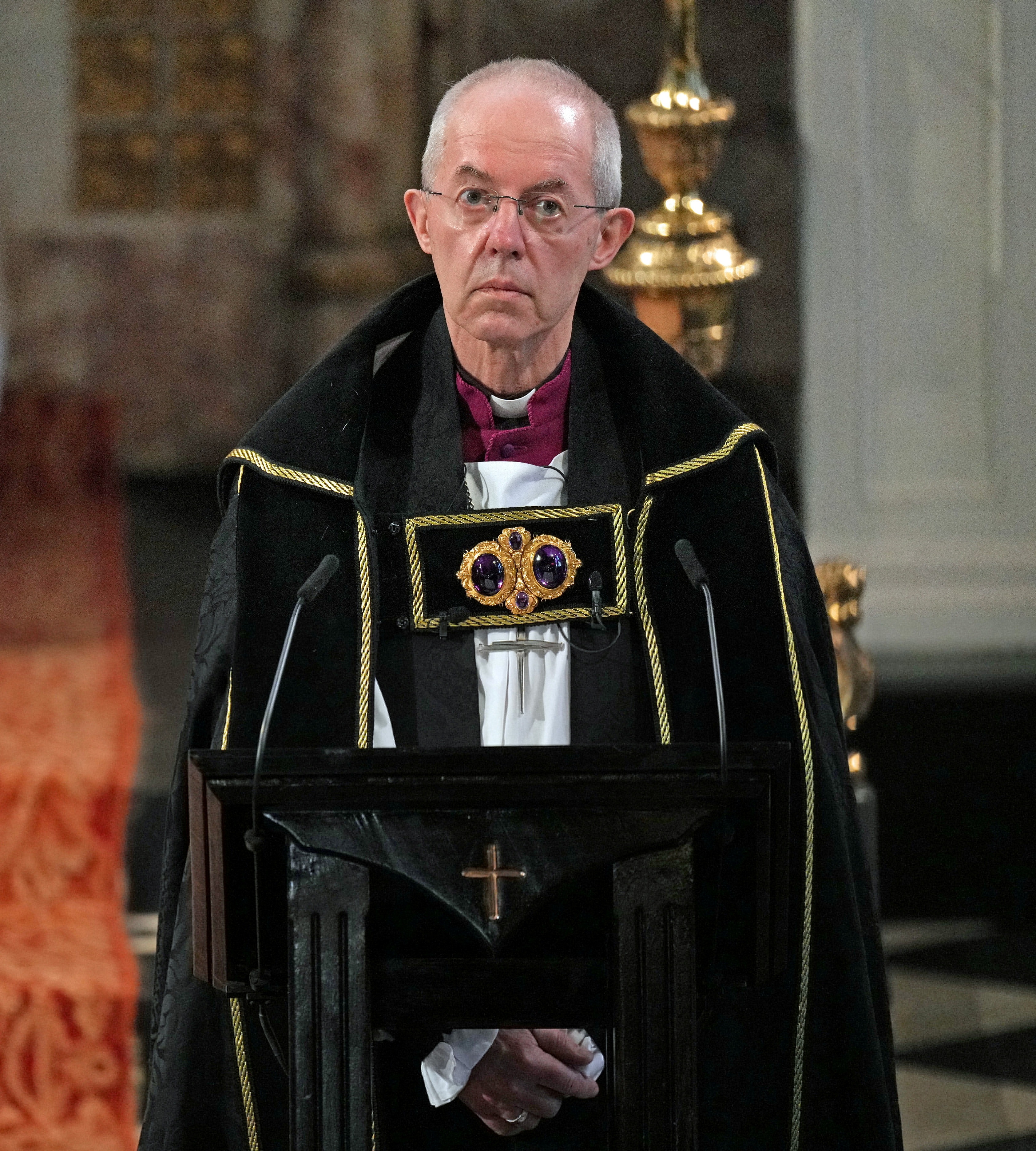 As soon as he arrived in Zimbabwe, Smyth had set up his own network of summer camps, this time for even younger boys.

He would shower with the boys, and take photographs of them naked.

He also thrashed around 90 children, some of them as young as 12. By now, all pretence that this was part of following Jesus had gone.

Many have lived with shame for decades. I met one man secretly, in a night-time rendezvous at a petrol station in Harare.

Smyth had turned him against his own family, and now he lived a life under cover.

He told me what had happened. “If you made a small mistake you were punished by being beaten with a table tennis bat," he said. "He was clearly enjoying it. He would make you bend over and hold your head down."

I winced as he described what had happened to him. He had been just 12 or 13 at the time.

The mother of two abused boys told me: “They always went on Christian camps, and they loved them, until this one.  When I went to pick them up after this camp they had deadpan faces. There was no joy in them. I knew something bad had happened.”

She was horrified to see their terribly bruised legs and buttocks.

Worst of all, one woman told me of collecting the dead body of her brother, Guide Nyachuru, who had drowned in mysterious circumstances at one of Smyth’s activity holidays. 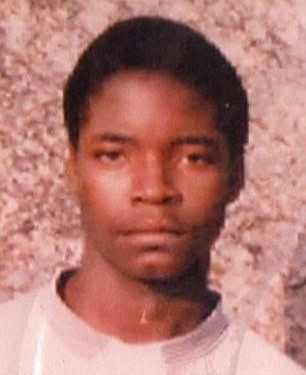 John Smyth was eventually arrested and charged with beatings and homicide.

But he was well-connected, and pleaded his case with cabinet ministers, including the notorious dictator Robert Mugabe. The trial was mysteriously dropped and Smyth fled to South Africa.

He soon established himself there as a Christian preacher. He set up his own organisation – the Justice Alliance of South Africa.

He was often on TV speaking about how morals were declining. He continued to meet young men to share showers with them and talk about God and sex.

I followed him to Cape Town, hoping to confront him with what he had done to people’s lives.

I camped outside his house for days, waiting for him to emerge. I phoned, pushed notes through his letterbox. He hid like a coward.

In the end, on the day before I had to fly home, I watched him emerge with his wife and drive away in a fast car. It was one more escape from justice.

I knew that I needed more help to bring Smyth's crimes to light, so I turned to Cathy Newman of Channel 4 News.

In 2017 she confronted Smyth whilst he was in the UK visiting his daughter. She asked why he had made the boys bleed for Jesus. “I’m not talking about that” he said.

He fled back to Cape Town. It was 18 months before Hampshire Police summoned Smyth to return to the UK for questioning. But they were too late.

Two weeks later he died of a heart attack. I guess he now has to answer to his God.

Others still have questions to answer. Smyth’s abuse has been an open secret in parts of the Church of England for decades.

Why did they walk by on the other side? Why haven’t those who enabled Smyth to leave the country in the mid-80s been held to account?

And why did Justin Welby and the other church leaders who Graham alerted almost a decade ago do so little to stop him?

It said: “The review … demonstrates in particular that John Smyth was able to infiltrate the college’s Christian community and gain access to the college’s pupils, providing him with the opportunity to groom and then abuse them.”

The Church of England has commissioned a review over its handling of the allegations made against Smyth, and Archbishop Welby last year apologised to victims.

For Smyth’s victims, their ordeal continues.

Graham says: “We were denied justice by the death of Smyth. For me, what I want now is the story told, fully, openly, truthfully.”

Another victim wrote to me last week: “Forty years on, I wish I could say to you today that what happened back then is all in the past, long forgotten. But it isn't.

"I have seen an aspect of human nature that almost everyone connected with it has wanted to run a hundred miles from. And once you have seen it, you can't unsee it. It lives inside you.”

Andrew Graystone is the author of Bleeding for Jesus: John Smyth and the cult of Iwerne. 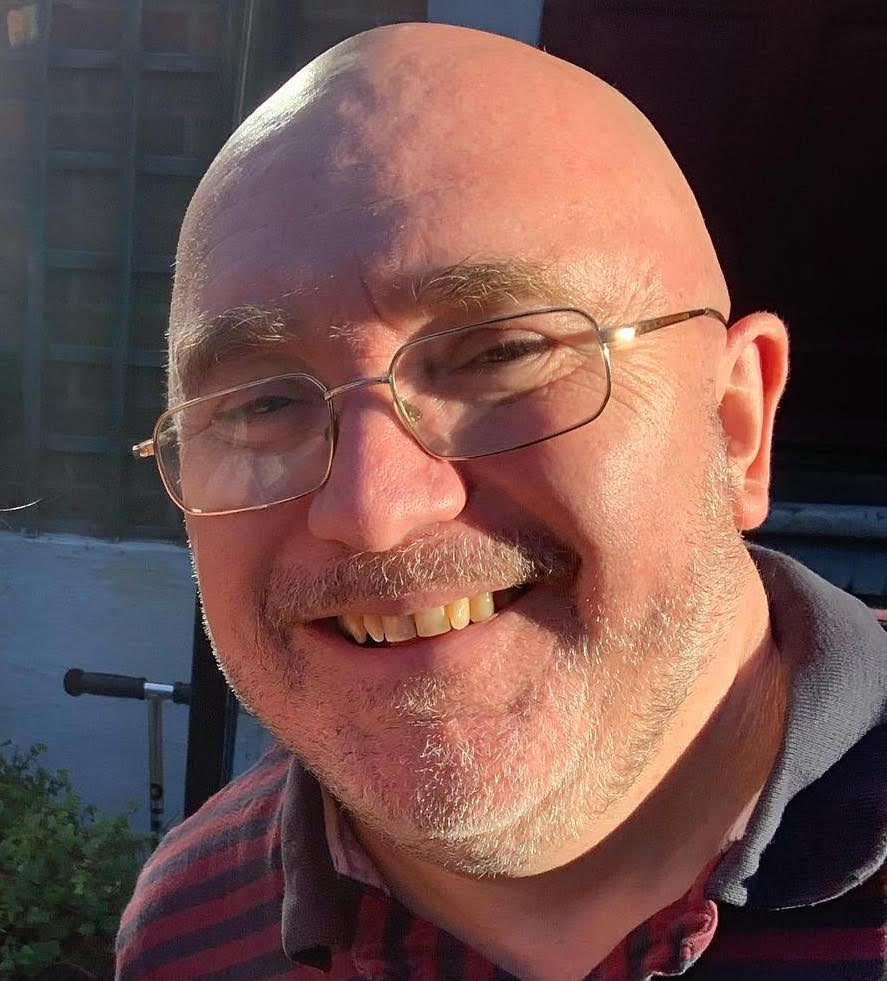