Murdered toddlers, serial killers and meetings with the youngest death row prisoner in the US are all in a day's work for Brad Hunter.

Over his 30-year career, working as a crime reporter for the New York Post and Toronto Sun, Brad has covered mafia hits, domestic murders and killing for kicks. 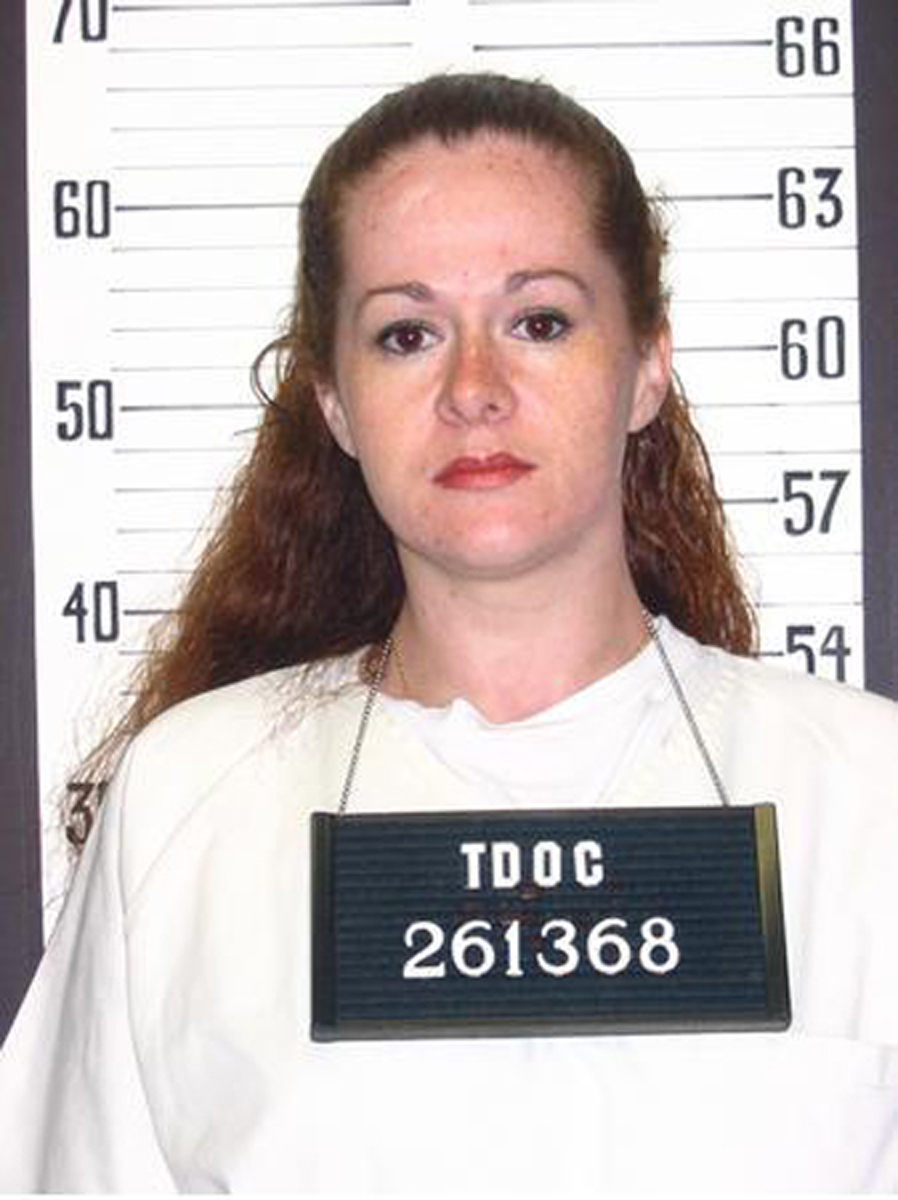 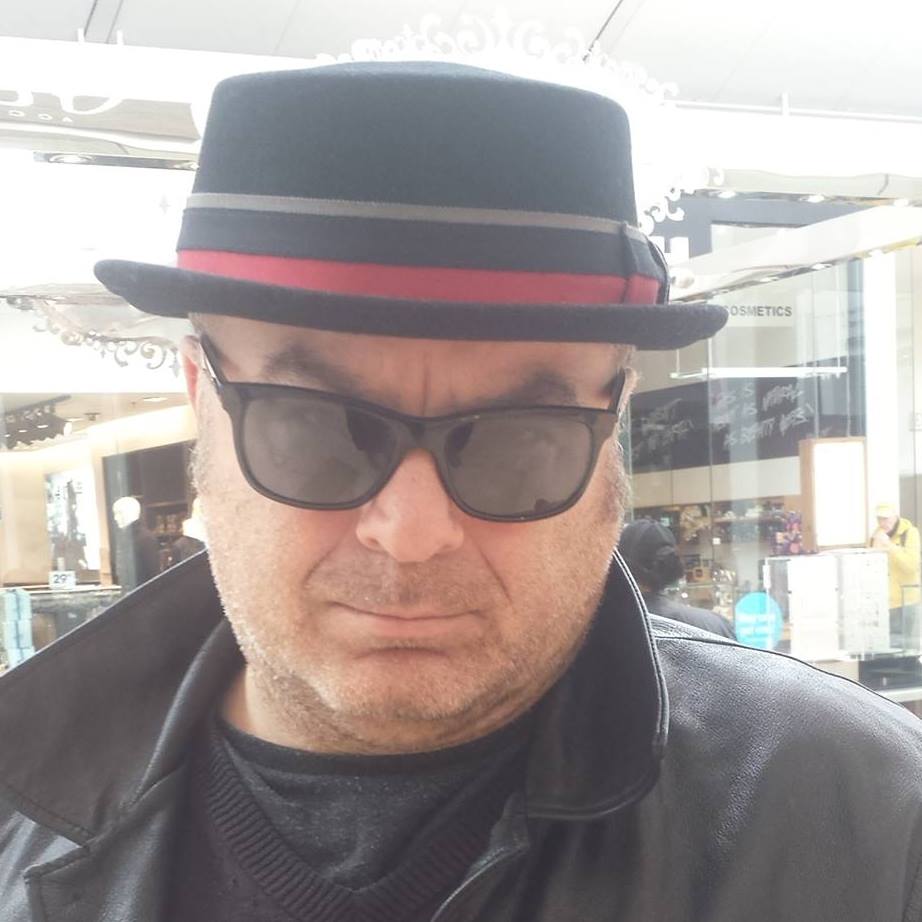 He has come face to face with chilling killers, including mafia assassin Sammy 'the Bull' Gravano and Christa Pike, a teenager who tortured and murdered a love rival, slashing her 100 times with an hobby knife in a horrific satanic ritual.

Brad's work also brings him into contact with grieving families, struggling with the devastation caused by murder.

On the release of his new book, Cold Blooded Murder, he tells The Sun the agony of losing a loved one to murder lasts a lifetime.

“Last year, I interviewed a woman whose toddler had been raped and murdered in the early 1960s and the killer was sentenced to hang but they let him off the hook," he says.

“He ended up doing it again a dozen years later. When I spoke to her, she was about 80, and 50 years on she couldn’t talk about it. That pain crossed decades for her and the rest of her family.”

Cold Blooded Murder is a collection of some of the shocking true stories that he has covered in his articles – from the seemingly caring nurse who hacked up her husband and dumped him in the sea to the satanic killing of four innocent victims.

While he has covered crimes across the Americas, it was a tragedy close to home that first made Brad pick up a pen.

“When I was about 13, my baseball coach, Frank Calder, was murdered and they never got the killer,” he says.

“He was 23 and the manager of a local Dairy Queen ice cream parlour and, one night, as he was locking up, he was stabbed to death in a botched robbery.

“That stayed with me for a very long time. In the intervening years, I've tried to reach out to his brother, who I played baseball with, but these things are absolutely crushing, decades and decades later."

From the chilling words of a teen murderer to the callous killing and dismembering of a husband by a cheating wife, Brad reveals the cases that have haunted him through his 30 year career.

Tortured and killed in a Satanic ritual 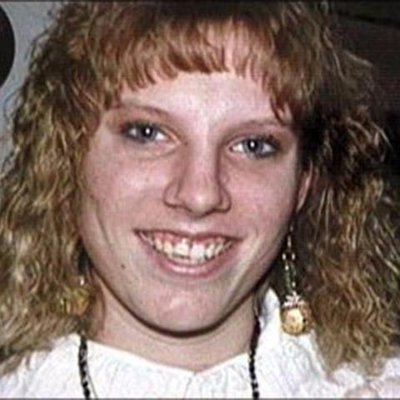 Tennessee teen Christa Pike was just 18 when she murdered Colleen Slemmer in 1995, after becoming convinced she was trying to steal boyfriend Tadaryl Shipp.

The 19-year-old victim was lured into the woods by Shipp and Pike, who dabbled in devil worship. Pike then beat and tortured her for 30 minutes, carving a pentagram on her chest, before brutally bludgeoning her to death with a chunk of asphalt.

Pike, who became the youngest prisoner on America’s death row when she was sentenced at 20, even kept a piece of Slemmer’s skull as a souvenir.

Brad, who met the killer in a Tennessee prison when she was 21, found the encounter the most chilling of his career.

“When I was looking at her, through the glass, those eyes sent a chill down my spine. They were absolutely dead, like a shark's eyes," says Brad.

Those eyes sent a chill down my spine. They were absolutely dead, like a shark's eyes

“He looks at murder differently, as a matter of business. He was very matter of fact but I didn't see violence in his eyes, and there was no sense he derived pleasure from killing.

“With Christa there no defence of her crime. In prison, she tried to murder another inmate.

“She talked about her difficult, abusive childhood so on one hand, it was difficult not to have sympathy for her. On the other, her matter of fact delivery about the murder was chilling.” 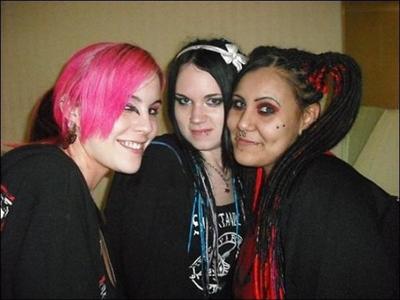 When 16-year-old Emma Neiderbrock started an online romance with rapper Samuel McCrosky, 20, it would lead to one of the most horrific family massacres in US history.

Emma and her friend, 18-year-old Melanie Wells, were heavily into Horrorcore, a subgenre of hip hop which revels in themes of violence and the macabre, and both had shown an interest in satanism.

McCroskey, a Horrorcore rapper from California who called himself Syko Sam, spat lyrics like “I’ve killed many people and I’ll kill them real slow.”

After months of long-distance dating McCroskey flew to Virginia, in September 2009, to meet Emma and go to a gig, along with Melanie.

The evening went badly with McCroskey becoming jealous of Emma's friends and the 16-year-old clearly disappointed by the rapper she had fallen for online, whose personal hygiene left a lot to be desired.

I’ve killed many people and I’ll kill them real slow.

That night, fuelled by resentment, he bludgeoned Melanie, Emma and Emma's mum Debra Kelley, 53, to death with a hammer and wood-splitting tool, then mutilated their bodies.

When Emma's 50-year-old dad Mark, who was divorced from Debra, turned up to check on the family, he became the fourth victim.

McCroskey then stayed in the house with the corpses for three days before finally fleeing in Mark’s car.

Police were called when Melanie failed to return home after the gig but McCroskey, opening the door of Emma’s home, told them the pair had gone out to the movies.

The following day, they returned and found a scene of carnage, with four disfigured corpses which were beginning to decompose, leaving a vile stench in the air.

The killer, now serving life plus 632 years for his crimes, fits the classic profile of a loner, bullied at school and bubbling with resentment at the world, and Brad believes social media can fuel the fire.

“One of the traits common in killers is that that they have a propensity – which has increased with social media – to misunderstand the world, and be living with conviction that the sky is in fact green,” he says.

“When that's countered by others, you see an explosion of fury.

“The pandemic also means they've been more isolated and spent a considerable amount of time by themselves, so a small pea becomes a giant mud ball and they come to the conclusion that people are out to get them.” 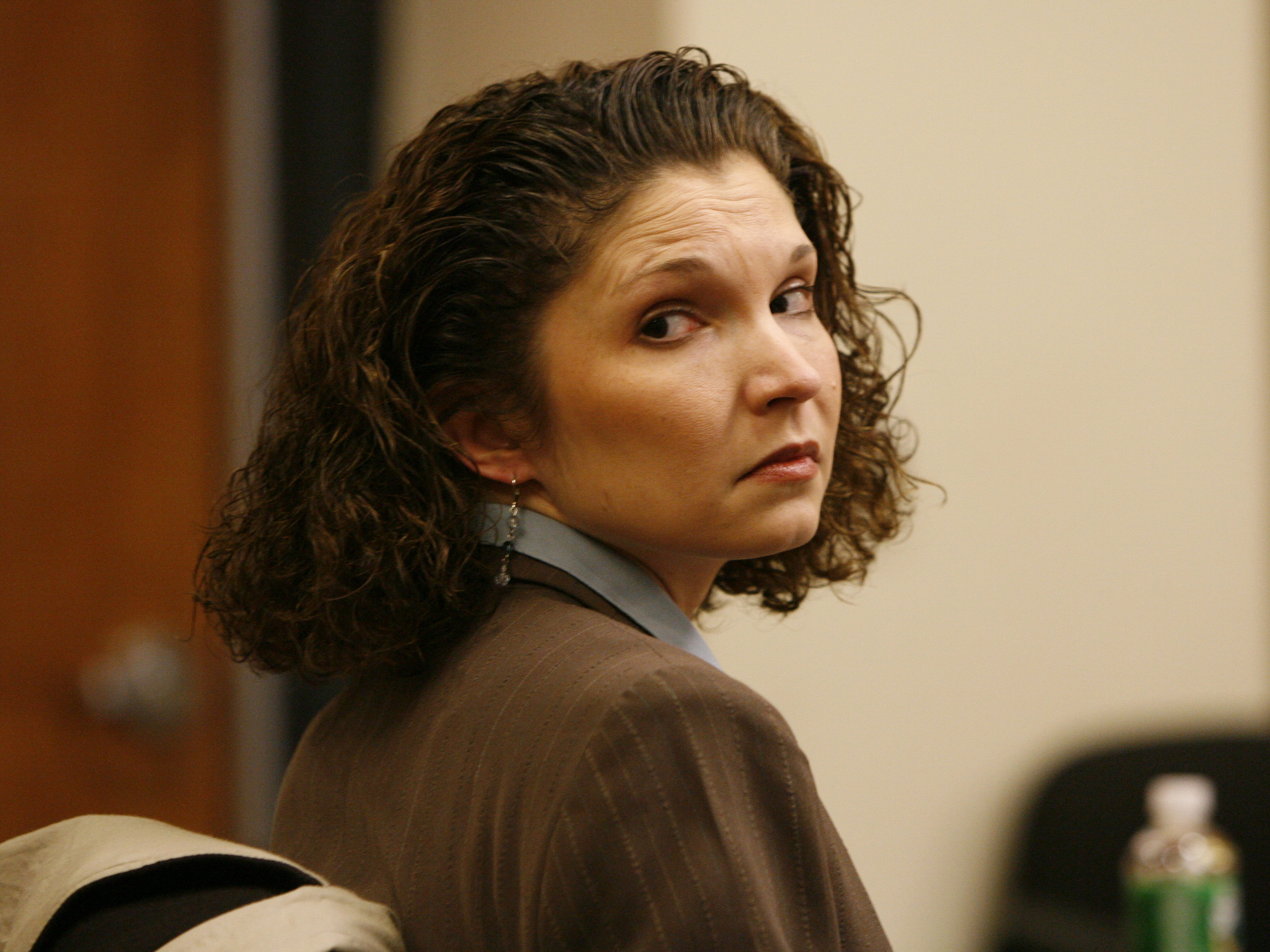 Three dark green suitcases, recovered from the waters of Chesapeake Bay in 2004, contained a shocking surprise that left cops retching with horror.

One contained the hacked off legs of a man, another his head and torso and a third his arms.

The victim, identified by a friend, was college lecturer and dad-of-two William McGuire, murdered in Atlantic City while on a gambling trip.

After being told he was dead his wife, who claimed her husband had assaulted her in a heated row before storming out of their New Jersey apartment, broke down sobbing – but officers noticed there were no tears.

She told police her husband, a frequent gambler, could have been murdered by gangsters over a debt.

But the suitcases were found to belong to the couple, and CCTV footage showed Melanie had driven to the hotel where her husband was staying.

Cops also discovered the pretty 39-year-old nurse was having a torrid affair with a handsome fertility doctor – and had even performed sex acts on him while 38 weeks pregnant with McGuire’s son.

They also learned she had used a fake address to buy a .38 handgun and, inside her husband’s Nissan, the police found fragments of human remains.

Online searches on her computer included “how to buy a gun illegally” and “how to commit murder”.

To the astonishment of her friends, the 5ft 2in nurse had drugged her husband, shot him in the head, dismembered his body and driven to Virginia to throw the blood-soaked cases in the sea.

Melanie, who still professes innocence, was jailed for 30 years but she’s not the only spouse who thought they could get away with murder.

“I don't understand, for a second, why husbands and wives think they’ll get away with it,” says Brad.

“If something happened to your spouse, the first person the police are going to look at is you – and the £1million in life insurance you banked.

“They delude themselves that they can run off with a new guy, get the insurance money, get the kids, and everything is going to be perfect. That seldom happens – and yet people keep doing it.”

Brad's work over the years has given him a unique insight into the minds of murderers and Cold Blooded Murder offers a fascinating glimpse into the most horrific and shocking of America's killings.

A must for true crime lovers.

Cold Blooded Murder by Brad Hunter is published on July 8 by Ad Lib, at £8.99 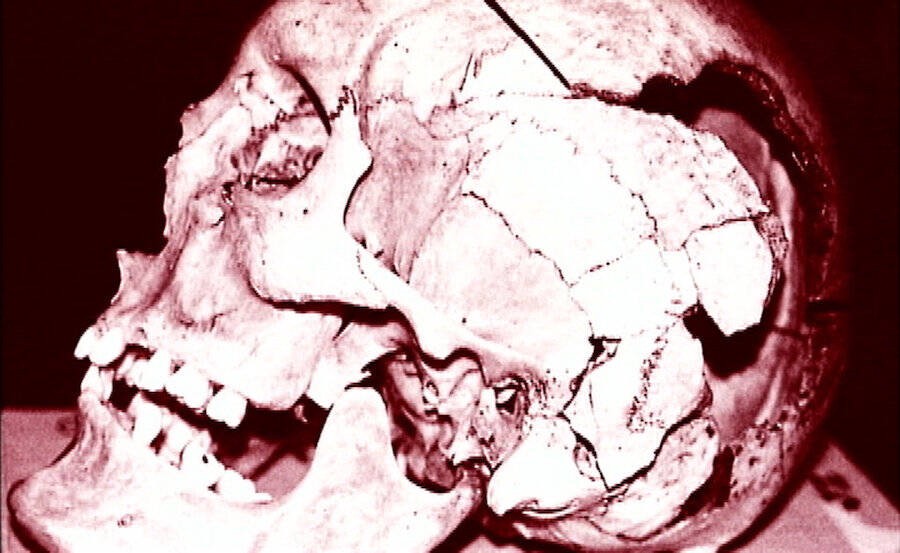 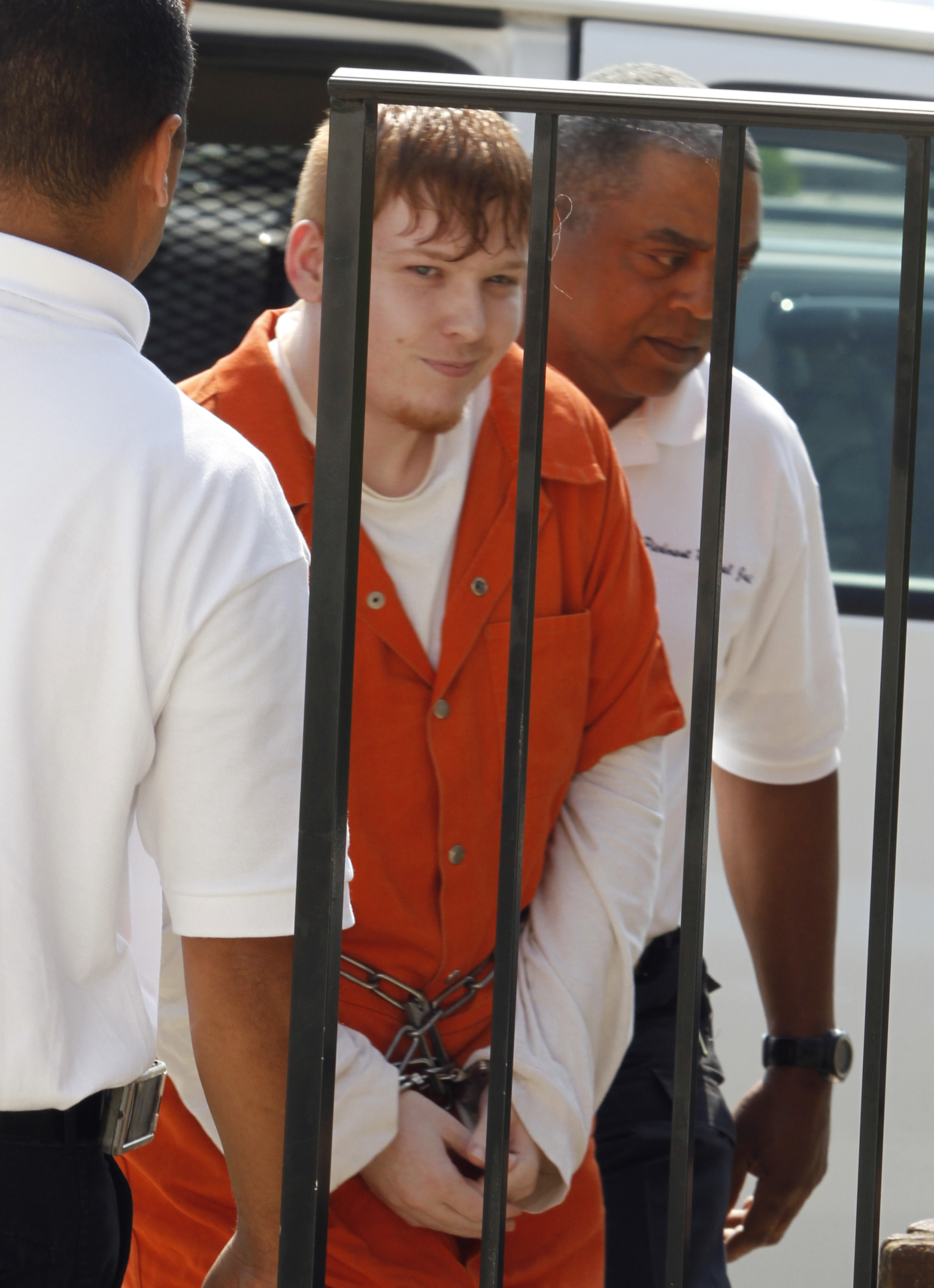 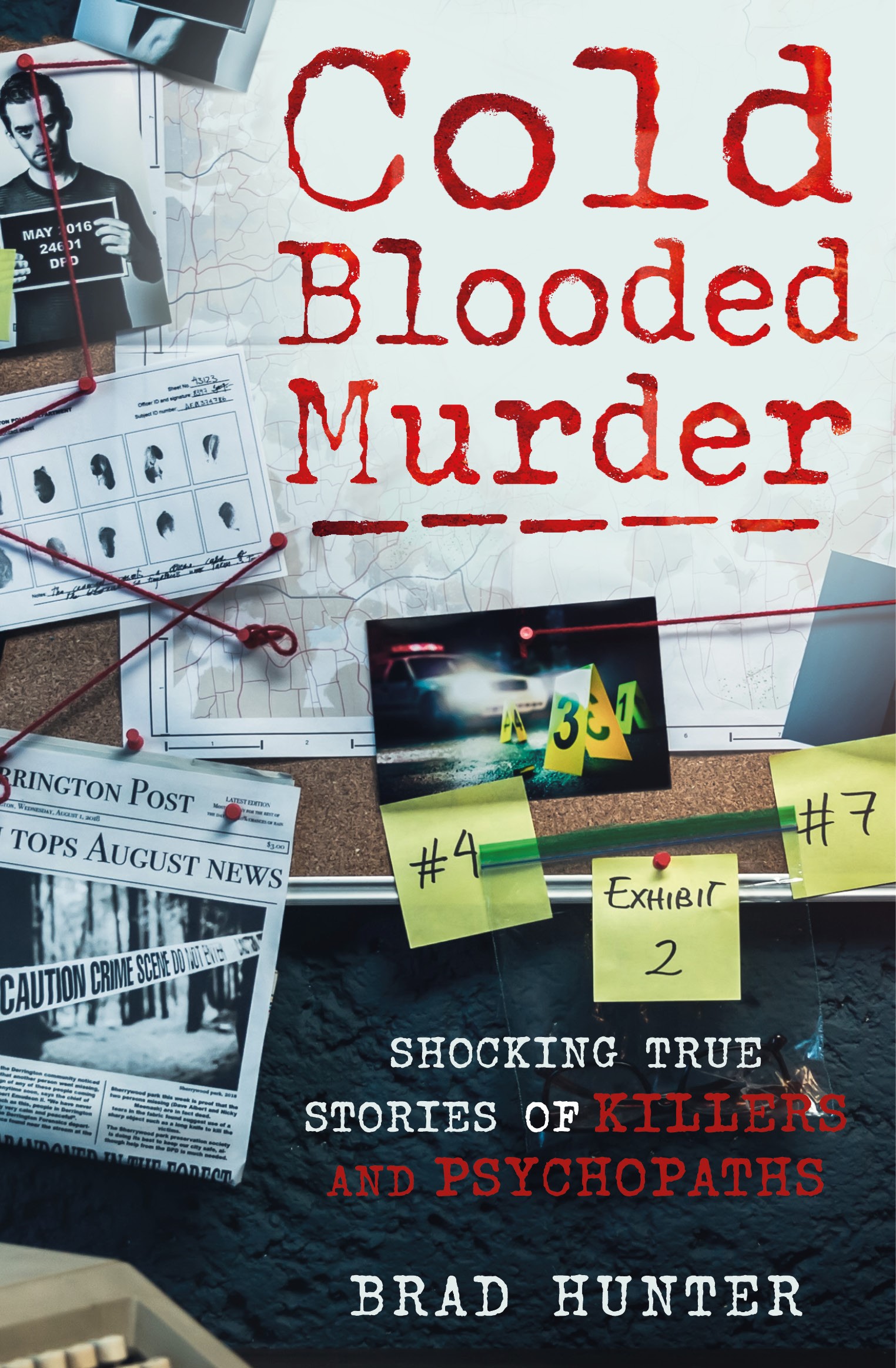