A BRIT has revealed how he is the sole carer for one of the world’s fattest women….who at her heaviest weighed a shocking 52 stone.

Simon Johnson moved from the seaside resort of Bridlington in East Yorkshire to Tucson, Arizona, to be with morbidly obese Shannon Lowery after they met online. 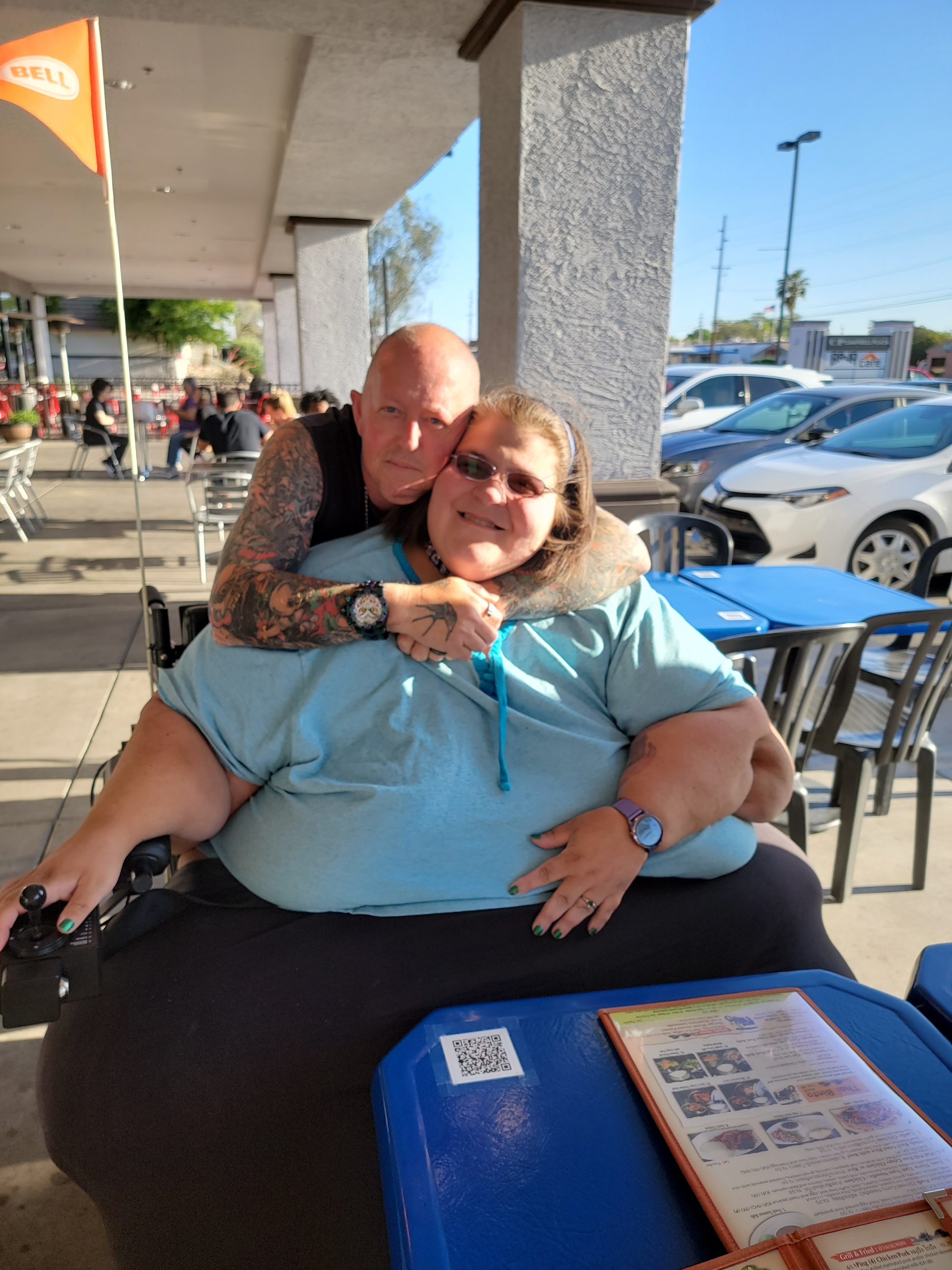 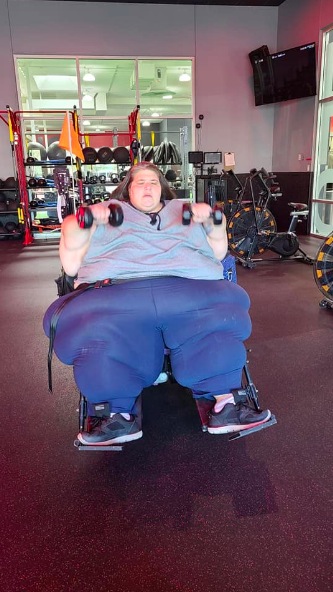 They married ten years ago and he now spends his time looking after Shannon, who at one stage could barely move from her bed.

Simon, 52, said he now accepts his role in life is to care for his super-sized 739lb wife.

Simon said: “Shannon needs help with pretty much everything that a normal person needs to do.

“Simple things really that we take for granted we can’t do at the moment, so I have become her caregiver and I’m more than happy to look after her.

“It hasn’t been easy but I’ve come to terms with it.”

Shannon, who turns 40 in June, had a difficult upbringing and her dad claims her mum left her at the hospital when she was born.

She was shipped from relative to relative as a kid with her dad, mum, gran, aunt and great aunt all taking turns to raise her.

Her parents divorced when she was five and she credits her stepmother with doing a good job of stepping in for her real mum.

But at the age of 11, her dad split with her, and Shannon once again felt rejected. 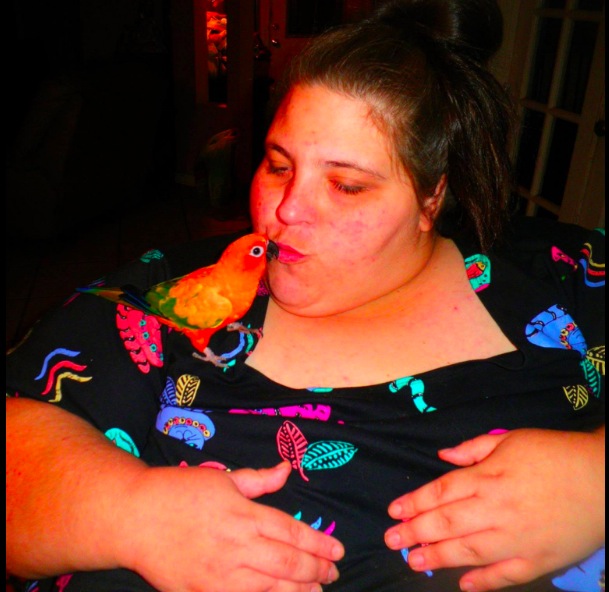 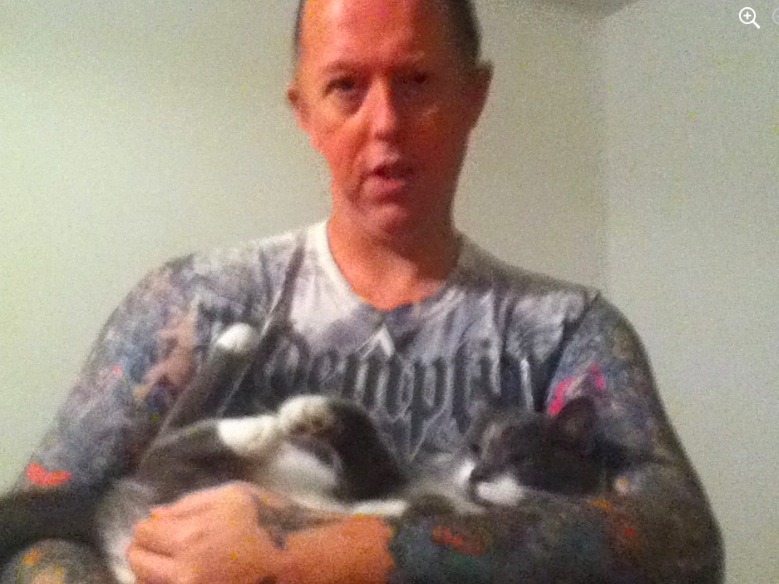 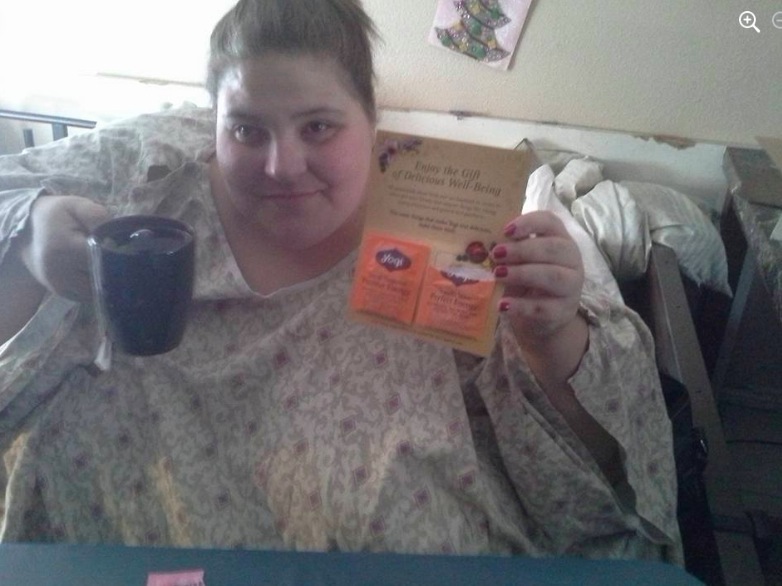 When living with her mum, Shannon said food was scarce and her family even resorted to padlocking the fridge to stop her from eating everything.

She explained: “Food was really scarce and it was really stressful when we ran out because I was worried about how I was going to get more and I was also blamed for it being gone.

“It got so bad that my mom and stepdad put a big tow chain around the fridge but they couldn’t stop me, I always found a way.”

But at 29 and mostly confined to her bed, she met Simon while gaming online.

Shannon said: “I started playing games online and was meeting new people that way and that’s how I met Simon.”

Simon added: “I met Shannon on social media. My first impression was she was a beautiful woman.

“The first thing, maybe, was her smile. It sounds stupid but its true – personality, the way she looked, obviously. She’s a beautiful woman.” 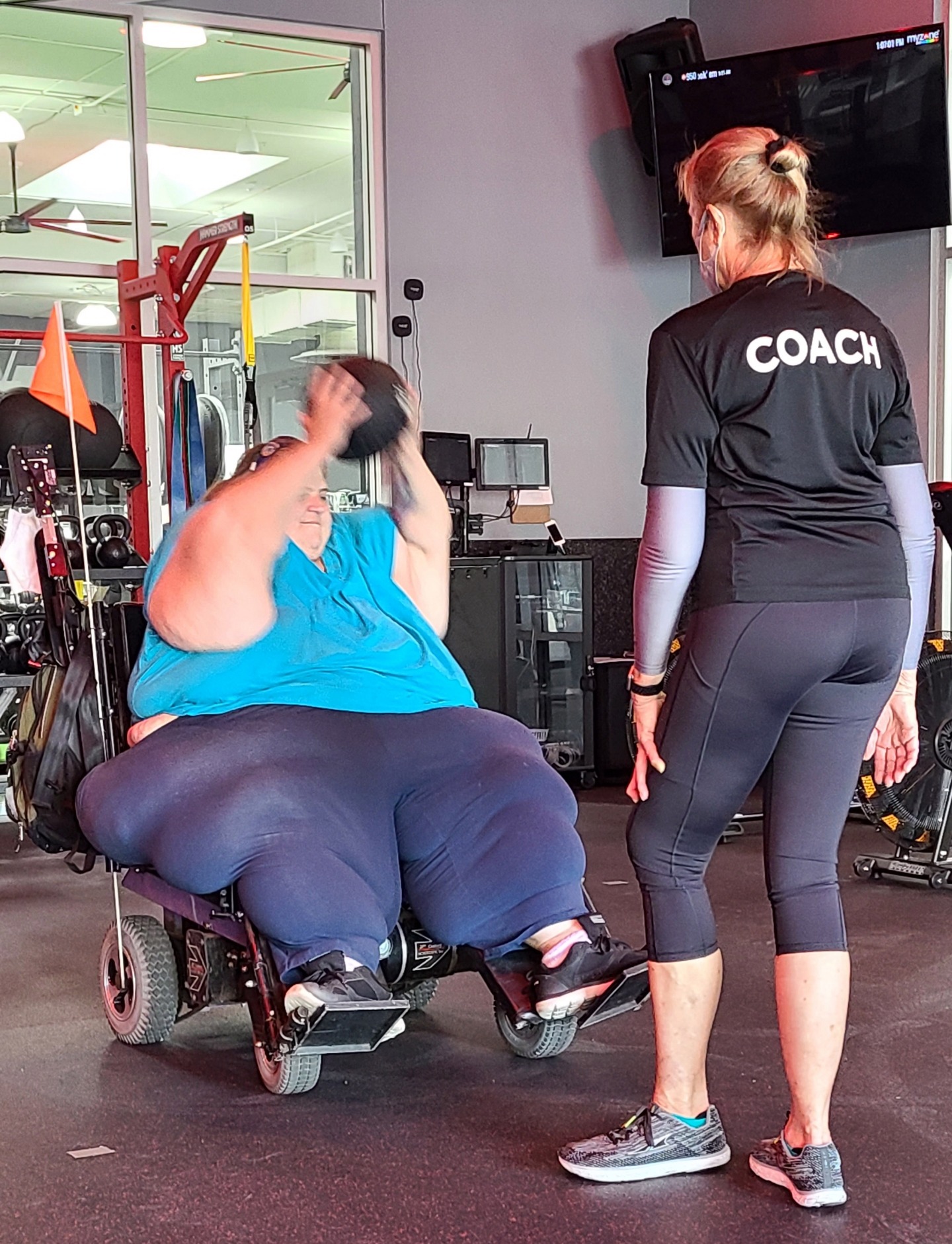 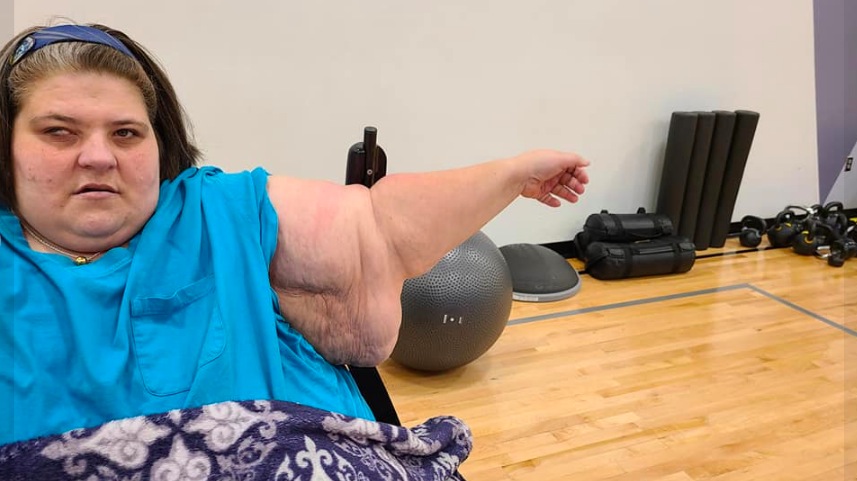 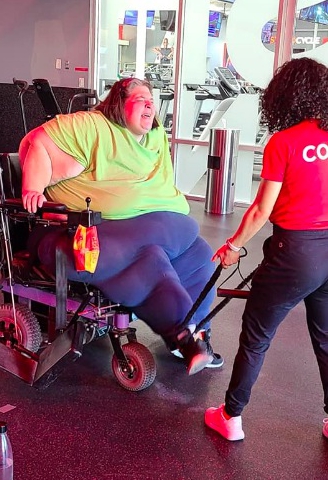 They married and Simon moved to the US permanently. He has been there full-time since 2011.

Last year, Shannon decided to make a change and enlisted the help of Dr Younan Nowzaradan – known as Dr Now – 76, the star of the show My 600lb Life.

Shannon made the gruelling journey from Tucson to Dr Now’s offices in Houston, Texas, where she weighed in at 739lbs, or 52 stone.

She is one of the fattest women that has appeared on the show and probably one of the heaviest in the world alive.

She told the show: “I hate my life because I’m not even living anymore. I’m too big to do anything so my whole world is just my bed right now.

“I can still get up, but just barely because of how bad it hurts to move all my weight around now.

“So I stay in this bed and it’s miserable. The only activity I get is when I have to get up for my husband Simon to clean me, to go to the bathroom or to eat. 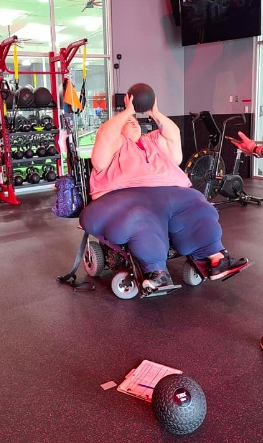 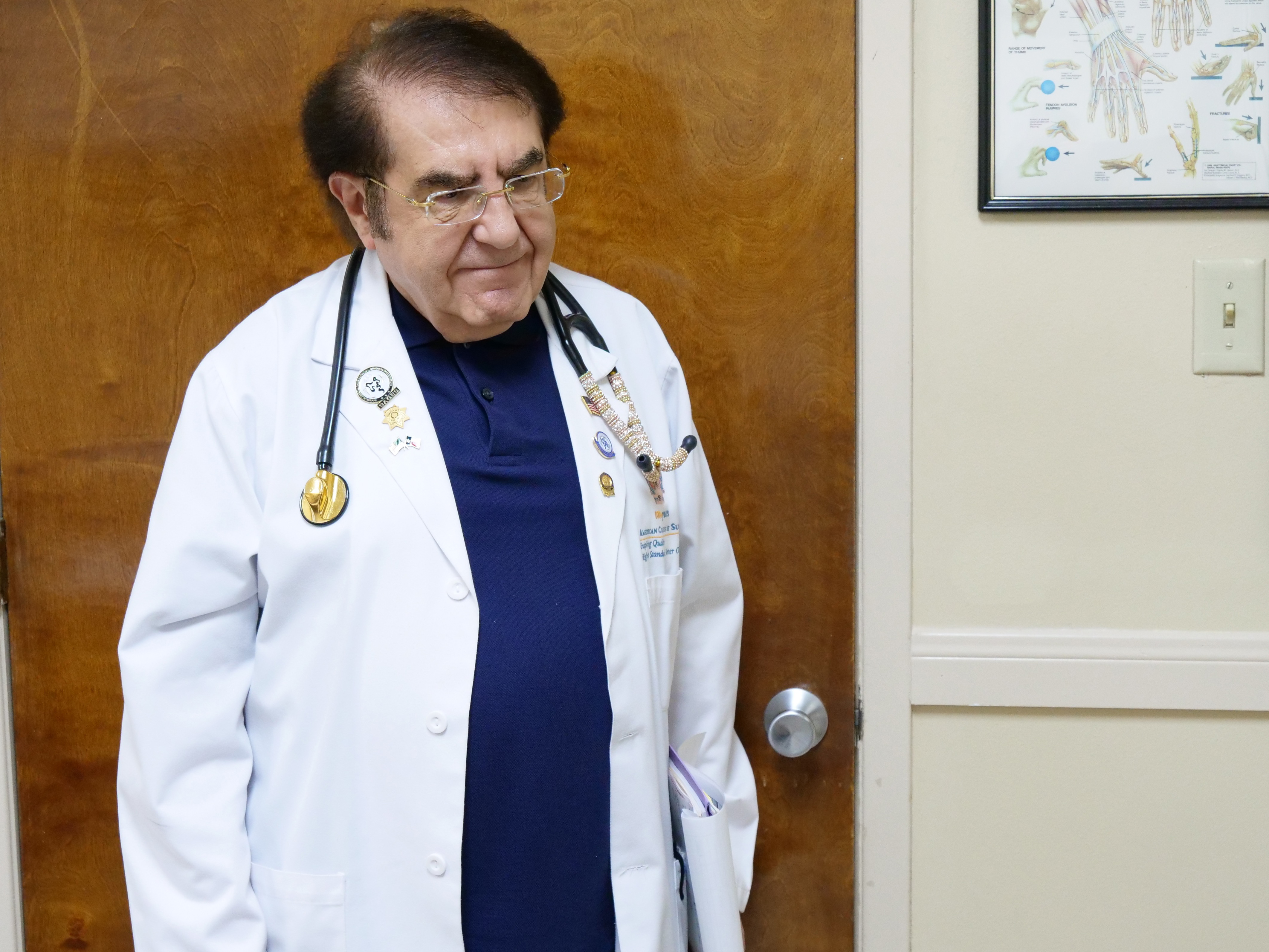 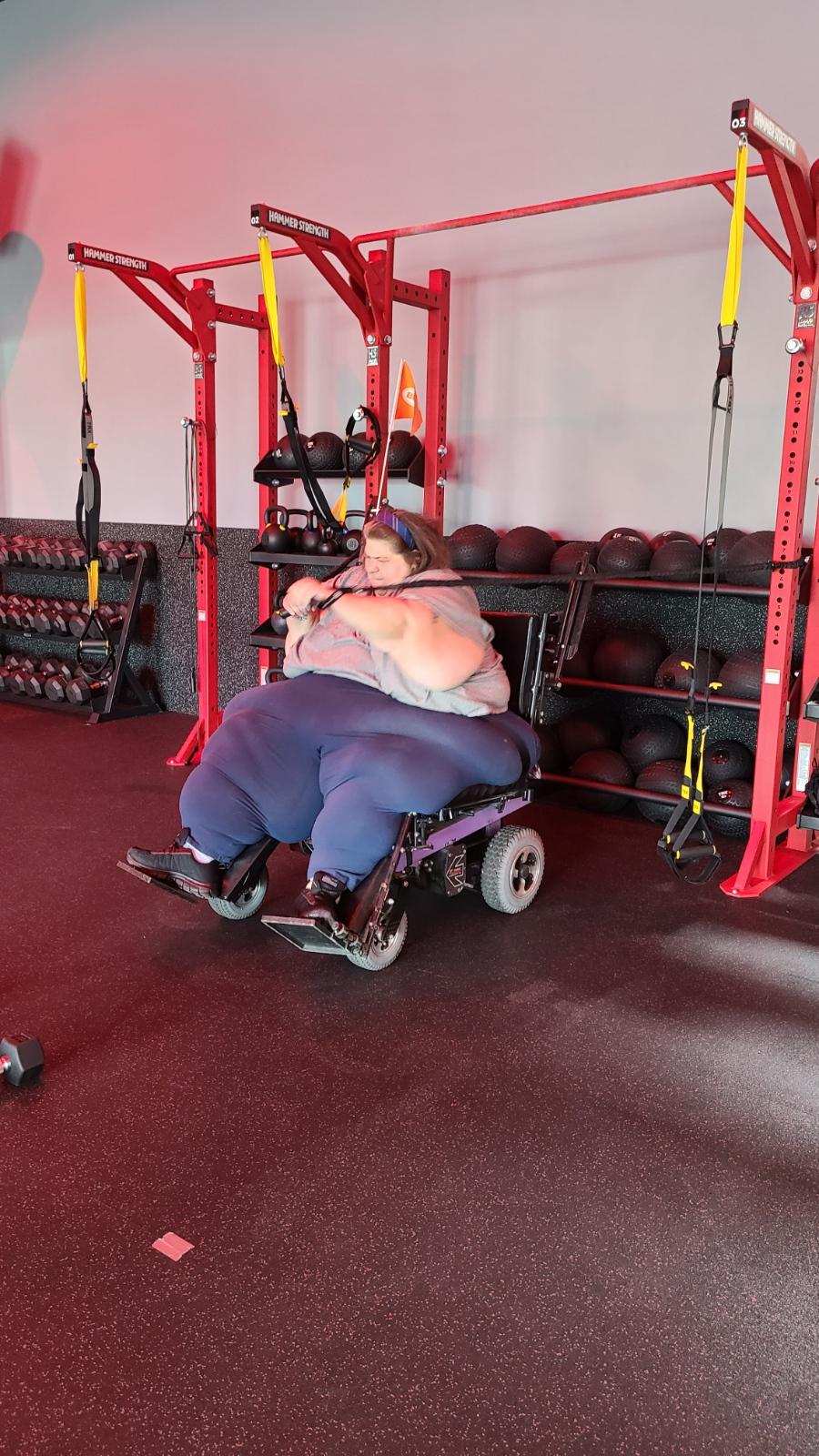 “Simon always has to be here with me and I completely rely on him.

She added: “Simon has to help me get up and go to the bathroom, he has to help get me up, get me dressed, he cooks he cleans he does the laundry – he does everything.

“I just keep getting bigger and my life keeps getting worse, in this room with Simon taking care of me.”

And she said of her relationship with Brit Simon: “After just a few months he asked me to marry him and we got married a few months after that and we’ve been together ever since.

“We got a place together. We’ve never been able to have the usual husband and wife dynamic.

“He’s always had to be my caregiver and take care of me and I know that isn’t fair. 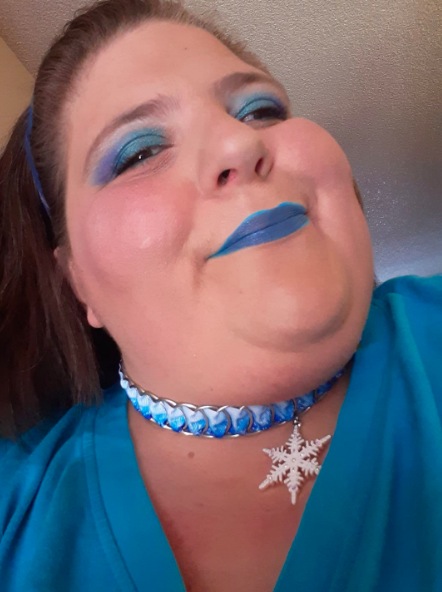 Shannon initially lost 41lbs on Dr Now’s strict 1,200-calories, low-carb diet, but she admits that she has since stalled.

She now goes to the gym but hasn’t been able to get weighed since the show.

Simon added: “She's doing good, she goes to the gym three times a week but we haven’t been able to get her weighed.” 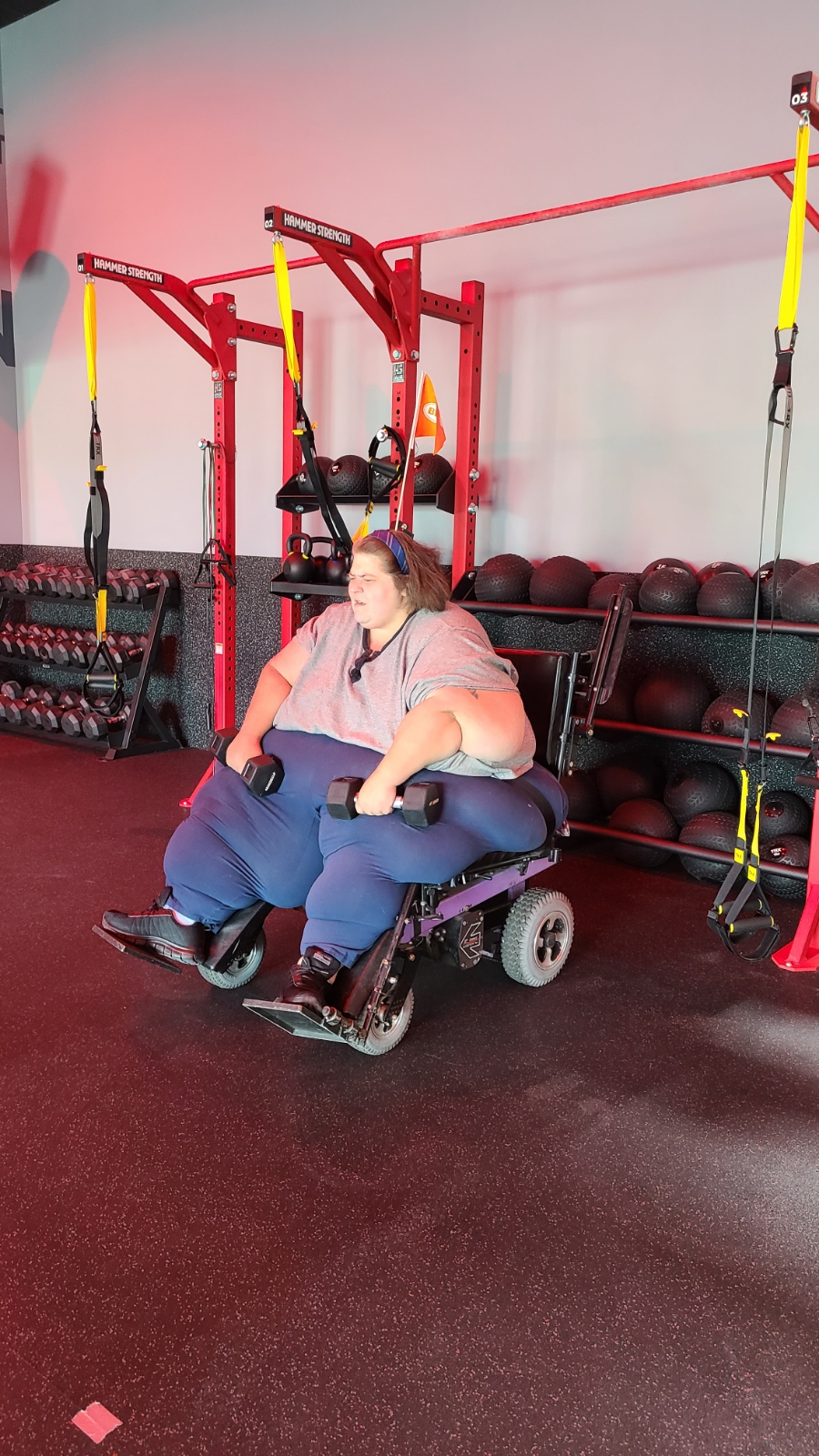 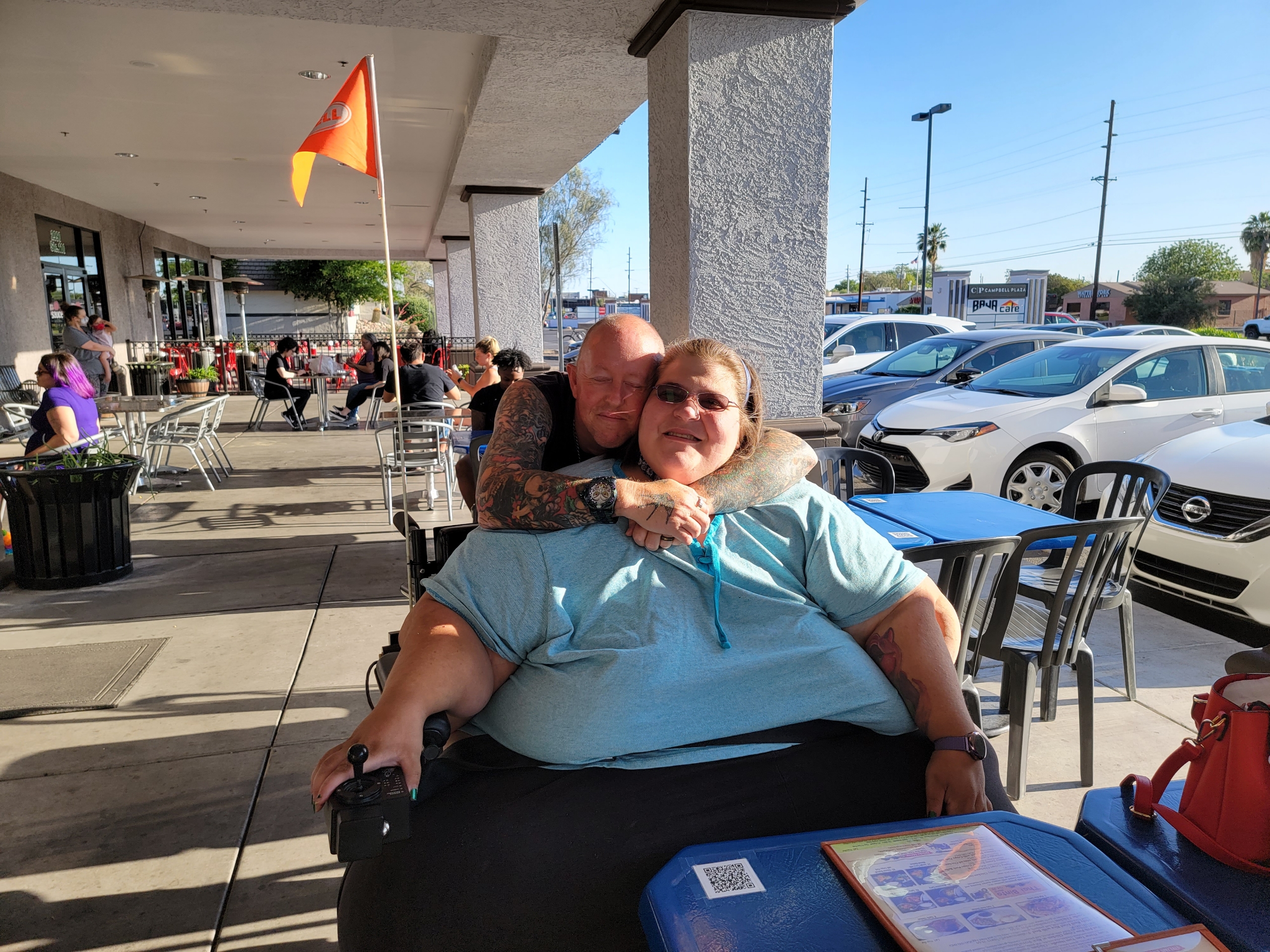