A breeze races through the city of Norwich, as Chris Bullzini prepares to take on the most dangerous high wire walk of his life.

He looks petrified as he slowly steps onto the 230-metre rope that’s suspended 66ft above the ground where thousands of spectators cheer below him. 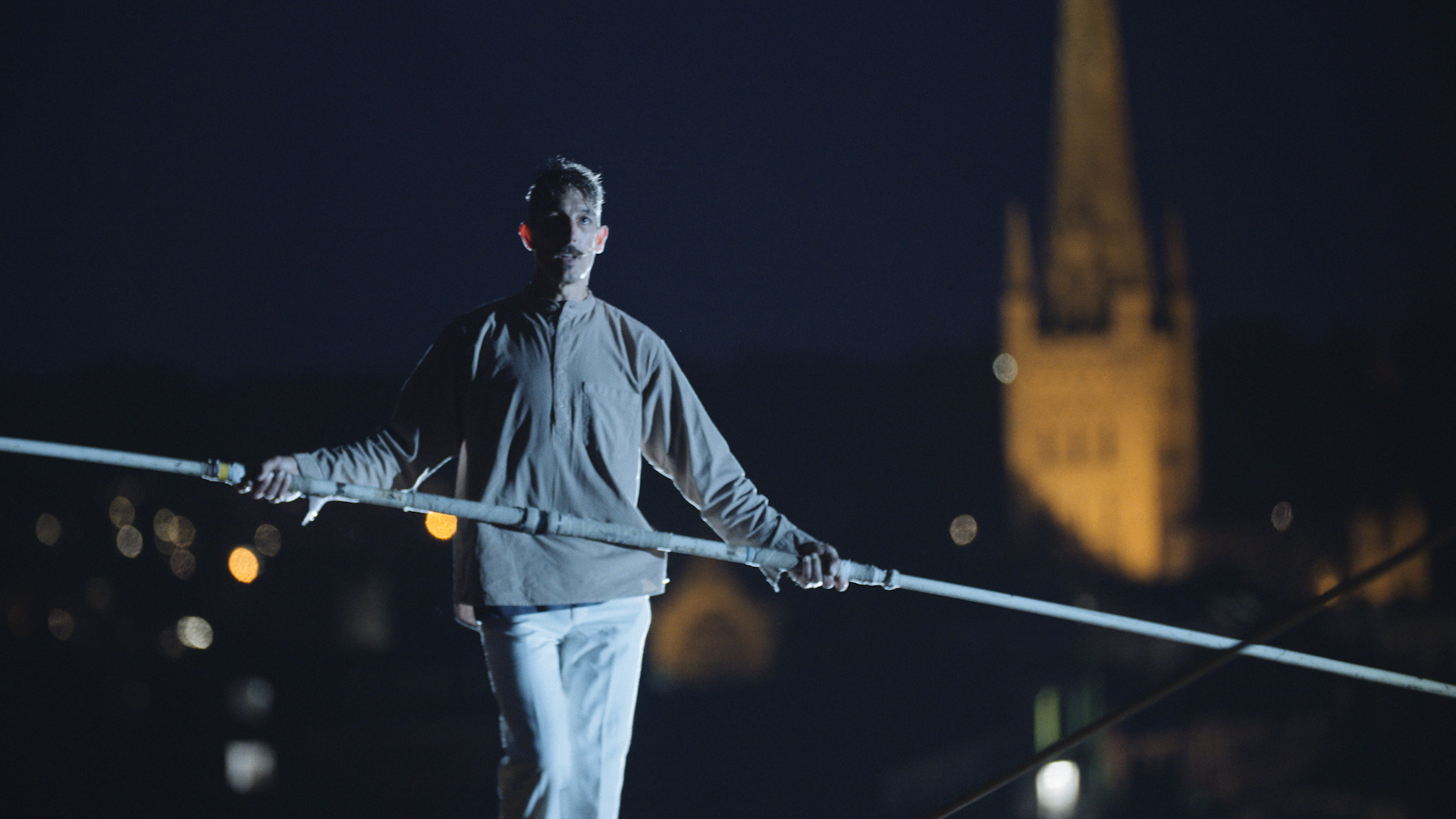 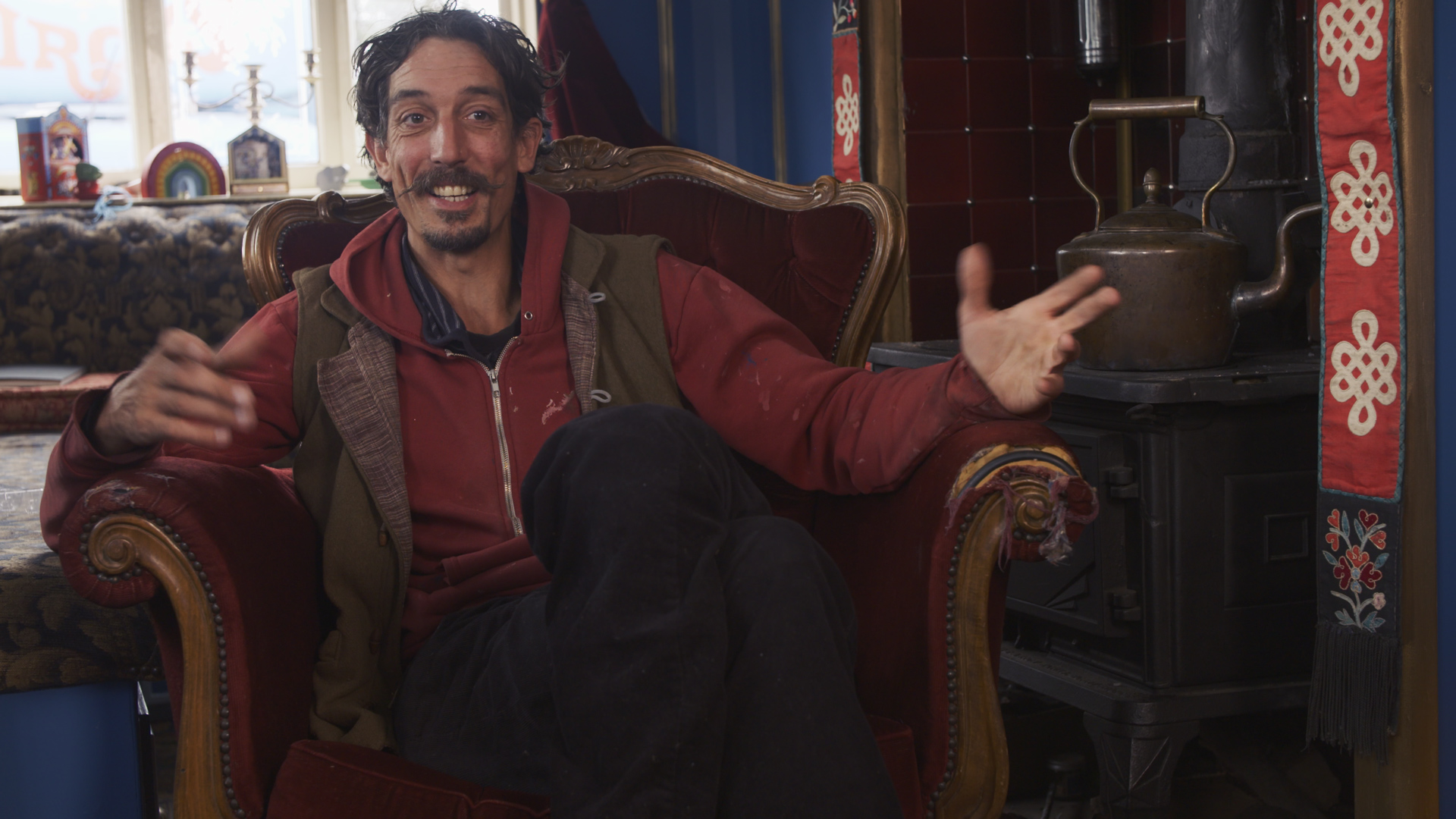 His foot traces the metal line and in his arms is a 20kg pole to weigh him down – he knows a gust of wind could throw him off at any moment.

This is one of the toughest challenges the 42-year-old has faced in the 20 years since he became circus performer following his mother's sudden death when he was 19.

Chris knows the risks he faces all too well – one year earlier his ex-partner fractured her neck and nine other bones after a "very nasty fall".

A GoFundMe page detailed how Phoebe slipped during a rehearsal and it "very nearly cost her life or even paralysis".

The accident led her to quit funambulism – the art of tightrope walking – but Chris continues, despite having a young daughter.

Chris features in the new BBC documentary Our Lives: Life On The High Wire, which airs August 11, and shares his less than traditional lifestyle.

I like to keep death in my mind, the more you’re aware that you’re going to die the better you live

The slender performer, who sports long hair and a curled handlebar moustache, was gearing up for “the greatest challenge of his life” – a tightrope walk to launch the 2019 Norfolk & Norwich Festival.

He says: “The most dangerous bit is always the last few steps… and can feel the solidity of the thing that you’re arriving to and you kind of relax.

“I like to keep death in my mind, the more you’re aware that you’re going to die the better you live.”

'Ran away to the circus'

Chris left the UK and became a travelling street performer after his mother died of lung cancer three months after being diagnosed.

His father Keith said Chris “felt he had failed” after his mother's passing and that led him to “run away to the circus”.

When I’m up on the wire 20-metres in the air and the wind is blowing and the wires are really moving, I'm scared

Chris says: “When I’m up on the wire 20-metres in the air and the wind is blowing and the wires are really moving, I'm scared.

"There’s only one thing that I can do, that is to get centred, get focused and take one more step forward…

"Ultimately we’re on the tightrope and you can’t get off it, we’re walking forwards to the end.”

'You know the stakes'

Back in Norwich, Chris had made it more than halfway across the high wire with a spotlight following his every step.

He recalls: “It’s so real and you're so alive when you're up there and you know the stakes.”

Faint cheers could be heard from 66ft below – roughly the length of a cricket pitch.

“When he performs I have to watch,” Keith says. “I can't not watch, I suppose I'm mentally willing him to complete the performance.

“If Chris did fall, I would be devastated but I always assume that he won’t.”

The documentary also explores how the performer managed during the coronavirus pandemic.

In previous years, he was paid to do between eight and 10 high wire performances a year – including stints in Cirque du Soleil and at Glastonbury in 2013.

In terms of sacrifices, it’s cost me money, my time… my marriage and other friendships

Chris, who's in his early forties, hopes he has "another decade" left as a performer.

Fellow performers claim he is one of "very few wire walkers around" because "very few people… want to walk on a wire".

Chris' love for the art of tightrope walking is unquestionable but this passion has “cost me so much,” he says.

“In terms of sacrifices, it’s cost me money, my time [because] it’s all I do and then really… it’s cost me my marriage and other friendships.”

Despite the problems, Chris believes his performances help people realise it’s possible to follow their dreams.

He says: “I feel like in the bigger picture the world needs it… they need hope and they need to have people that do really unusual things.

"It inspires people to believe that really challenging things or impossible things are possible.”

Chris Bullzini stars in Our Lives: Life On The High Wire, which airs Wednesday 11th August at 7.30pm, on BBC One. 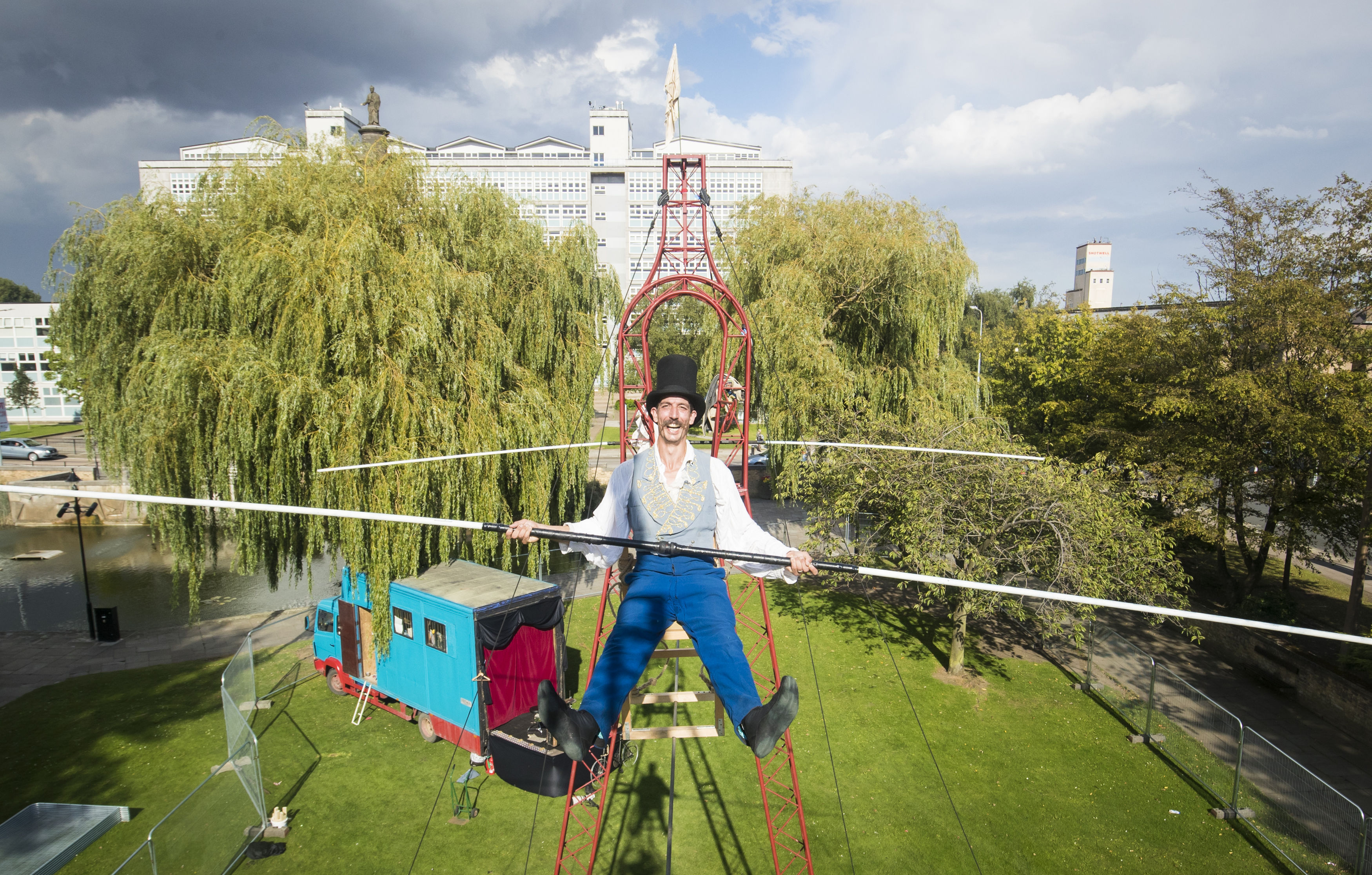 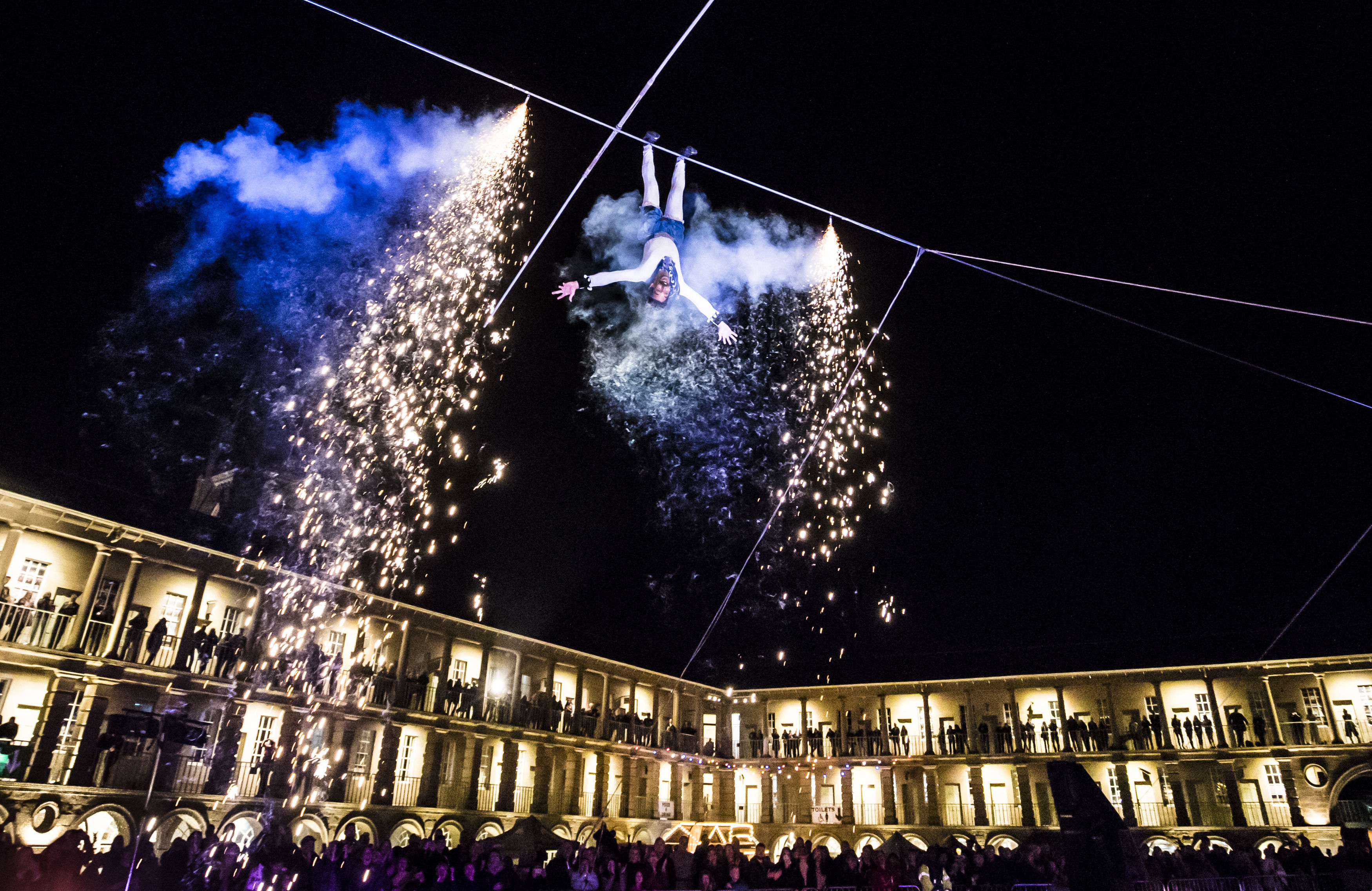 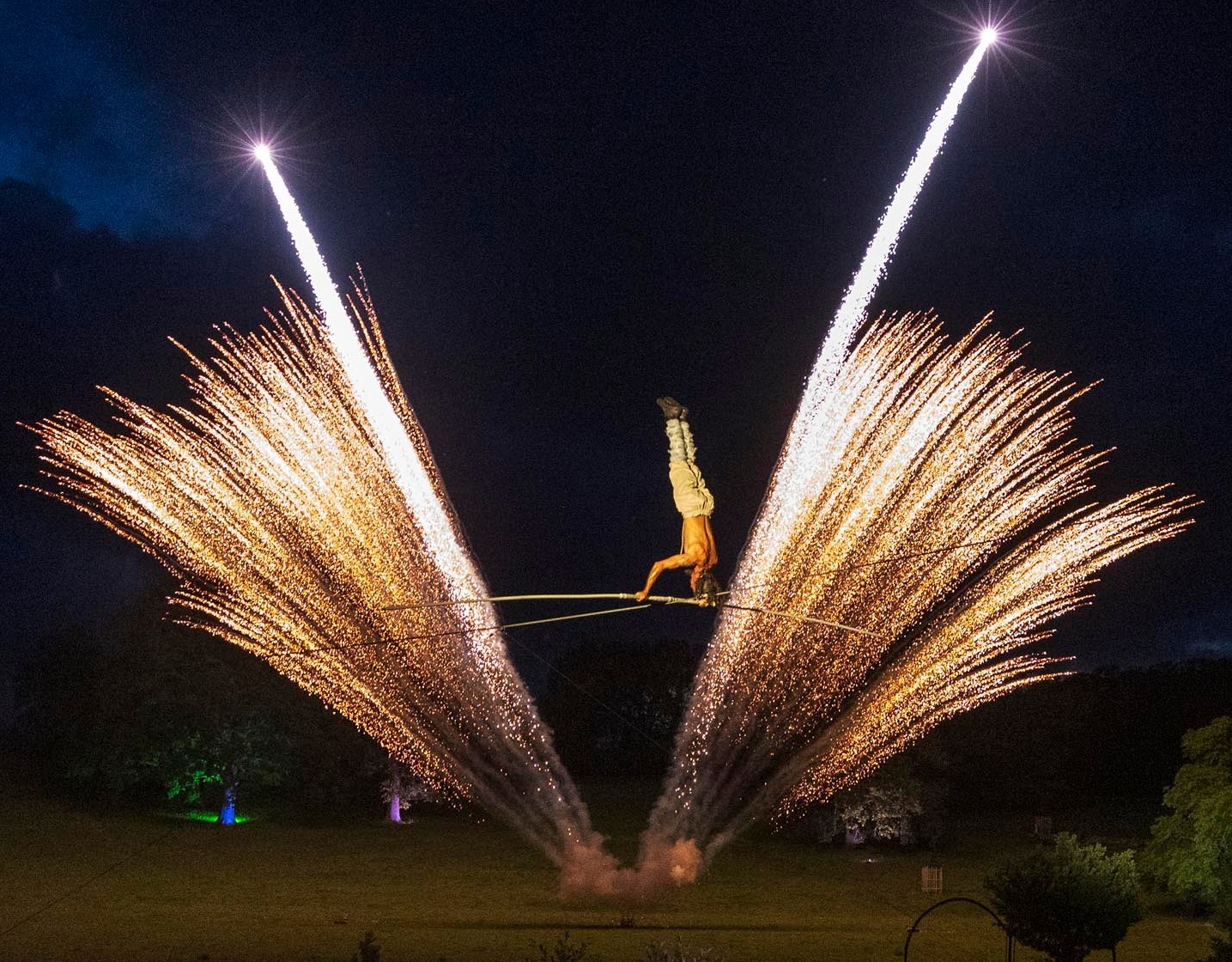 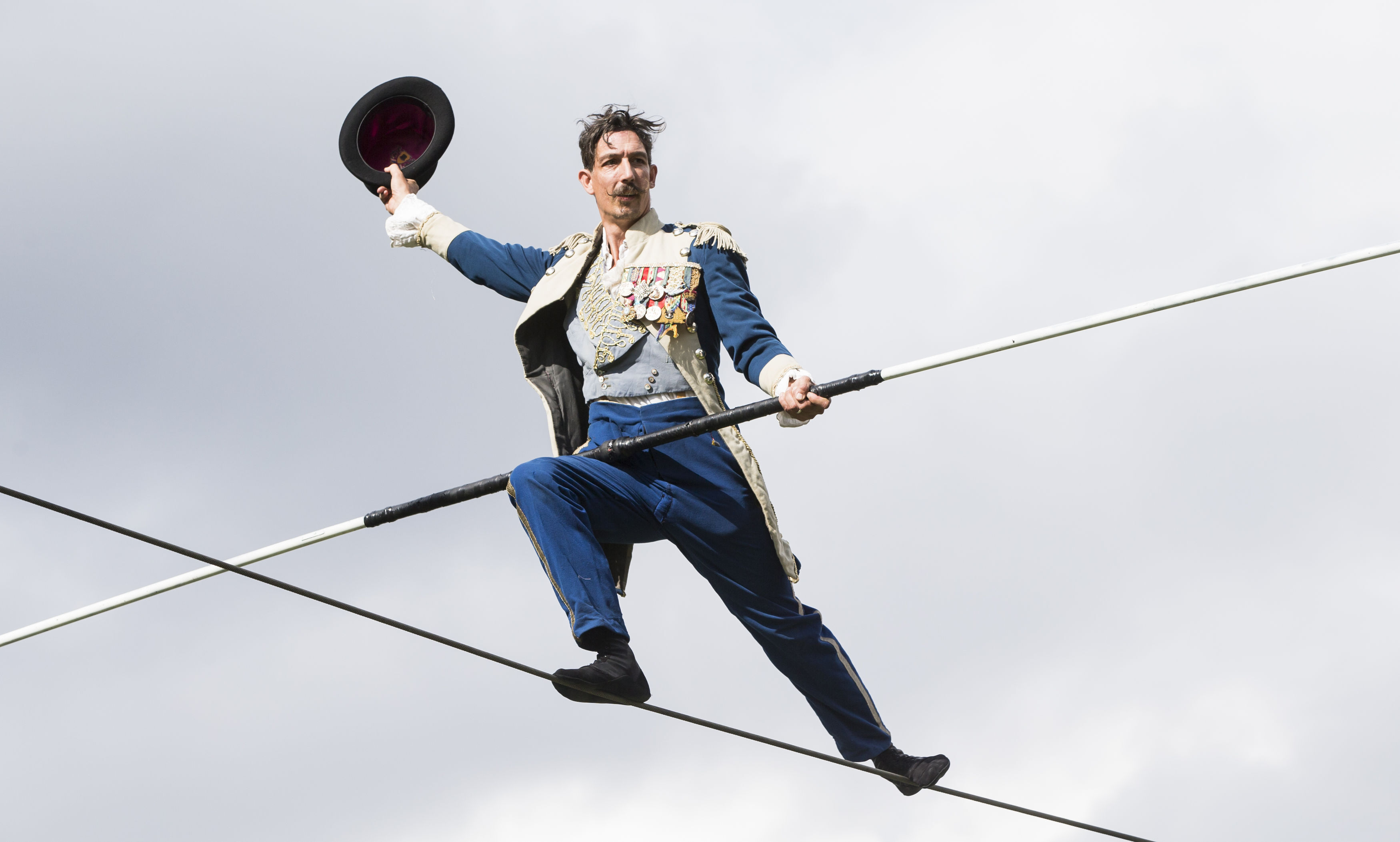