Yet, she’s no schoolgirl and is in fact a 22-year-old woman. And the fact she looks much younger than her age is exactly why she is the perfect bait. 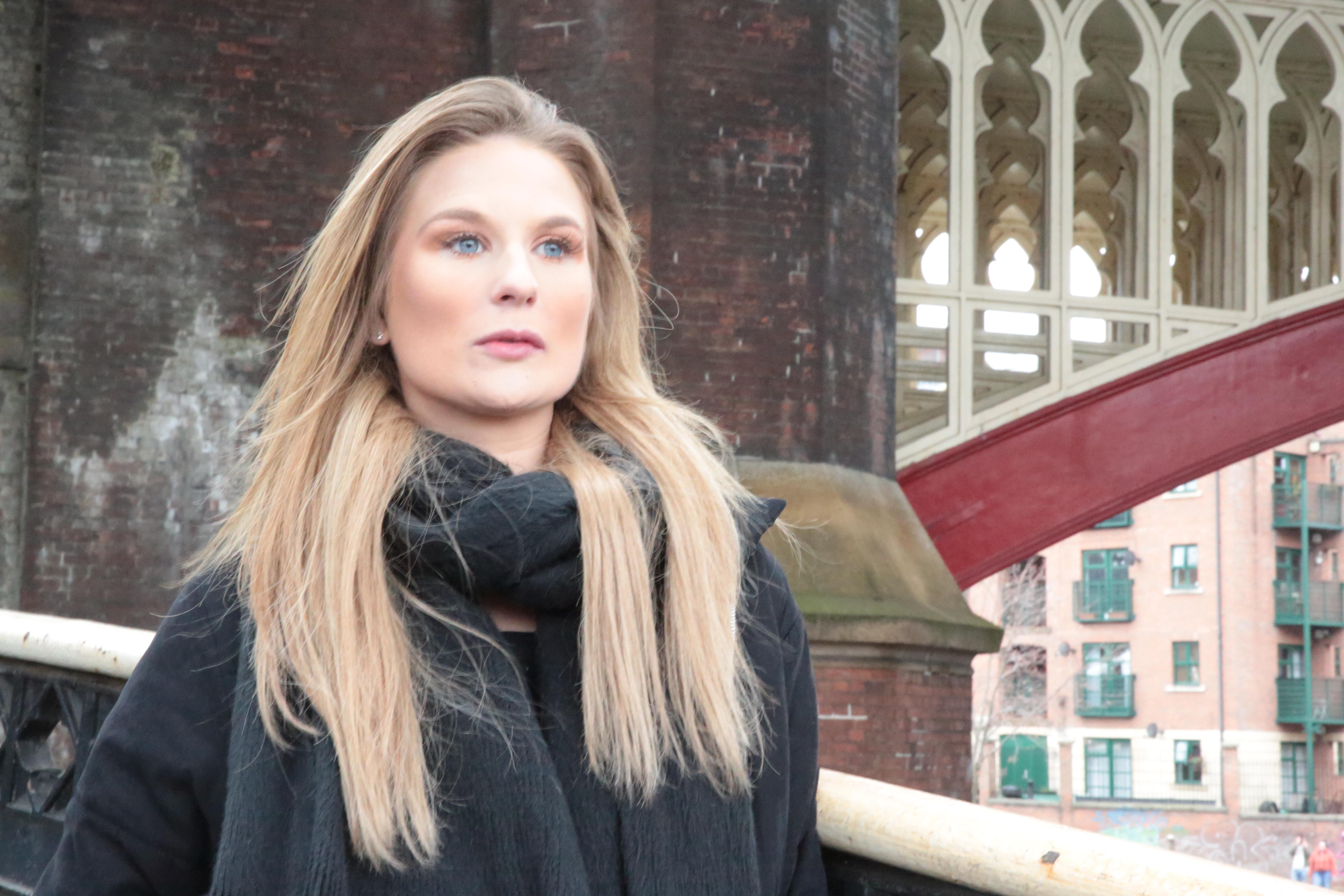 The young woman is posing as a 14-year-old girl online in the hope of enticing perverts.

But she doesn’t work for the police. She is a “live decoy” for a paedophile hunter group.

She explains: “It's where I use my own photos, and then they just believe us and then go with the chat.”

It’s just one of the latest methods used by groups of volunteer hunters in a bid to catch potential sex beasts.

Her identity and voice disguised, the young woman tells BBC journalist Livvy Haydock she is regularly sent “full on sexual stuff” by the men who contact her online. 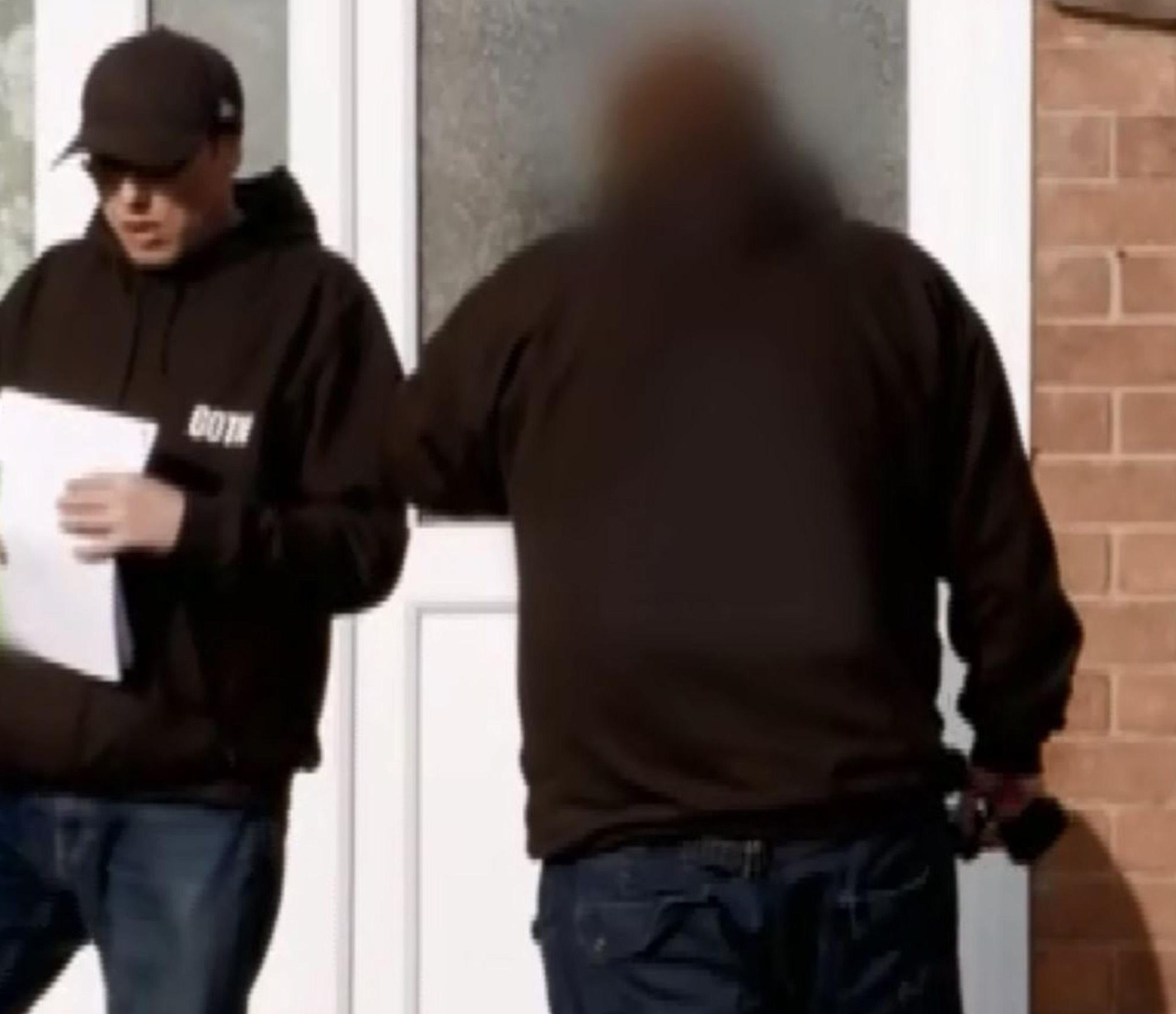 She says: “They send videos, and I'll go on the phone with them. There's been plenty of times where I've broke down in tears while I’ve been on the phone to them and I've had to hang up because I can't deal with it anymore."

The young woman – speaking to the investigative reporter for her latest BBC3 documentary, Paedophile Hunters: The Rise Of The Vigilantes – says using live decoys like her has come about as paedophiles have become increasingly wise to other tactics used by hunters.

She says: “Many of the people now I am speaking to now go straight away, ‘Are you a paedophile hunting group?’

“But that’s why I send the live photo obviously to prove that I’m not. I’m a kid.” 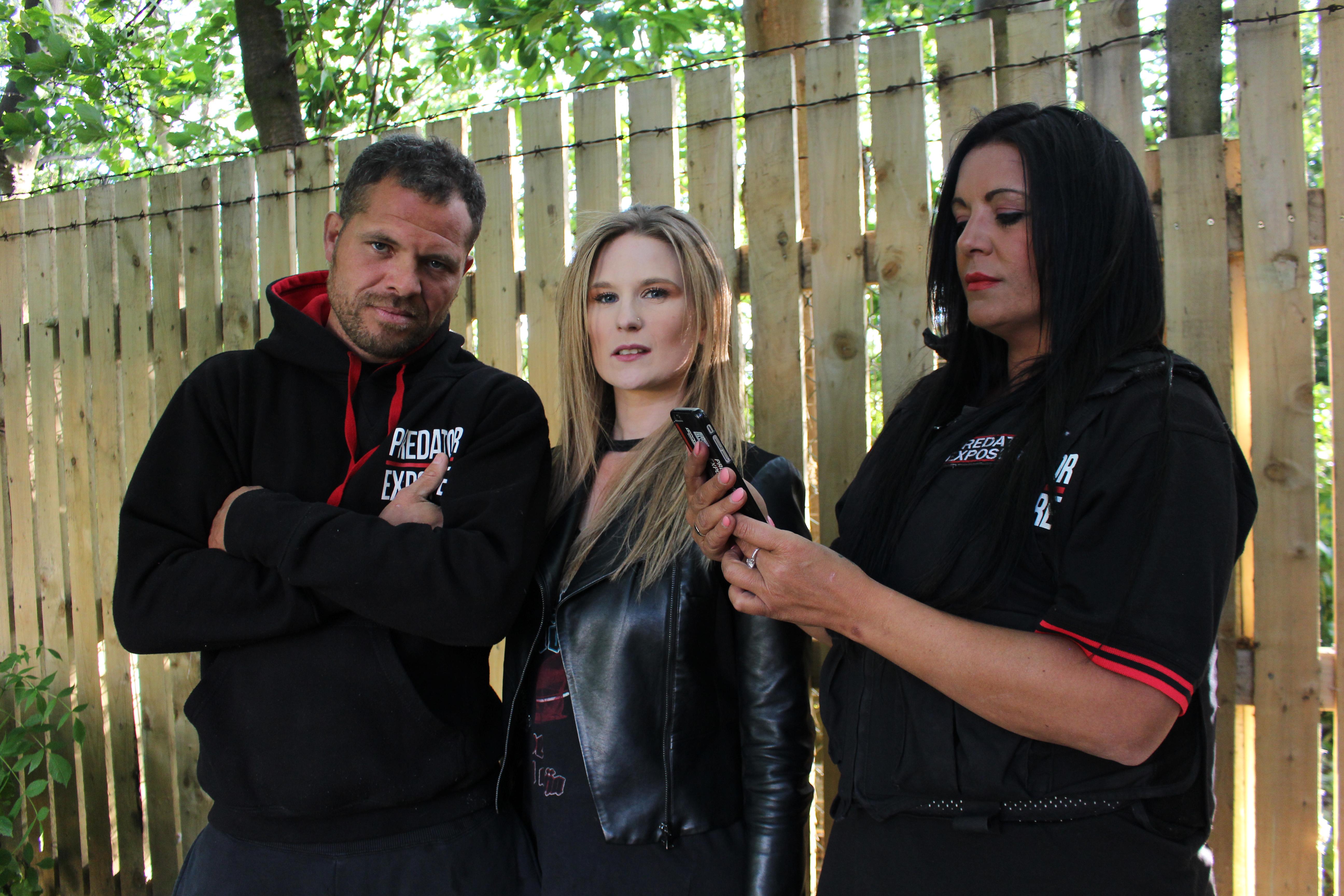 But being a live decoy means the young woman often enters into potentially dangerous situations.

She says: “I’ve got to stand there as a live decoy and wait for the person to turn up. I just feel like crying, it's just so scary. They'll pull up in the car and say get in the car."

The young woman volunteers with Guardians Of The North, one of around 75 vigilante organisations that have sprung up across the UK targeting alleged sex offenders.

Latest Home Office figures reveal up to 80,000 people in the UK are presenting some kind of sexual threat to children online.

Livvy tells The Sun: “The thing that shocked me the most it’s not the dark net. It’s the internet as I know it, as kids know it. 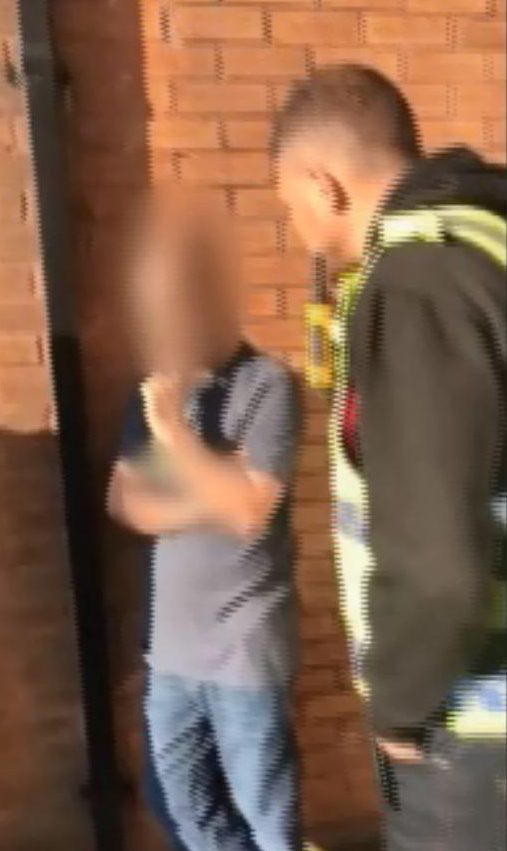 “I think that motivates a lot of people. The fear is your child’s safely indoors but anyone can in effect get into your child’s bedroom via the internet.”

A child sex offence is recorded by the police every ten minutes.

Joe Jones, who founded Sunderland-based Guardians Of The North five years ago, calls it an “epidemic”.

He says: “It’s thousands every single day trying to prey on our children.”

As police say they are struggling to tackle this increase in online child sex predators, Joe says of his paedophile hunting group: “We need to do this because of the Government cuts.

“The Government has taken so much out of the pot of the police.”

He continues: “It’s a dark world. There’s people out there that lead normal lives until 5pm after work and then they change into the different person and they become the predator online.”

The group pose as children on social media sites and wait for potential paedophiles to make the first contact. They cannot invite or entrap suspects in any way. 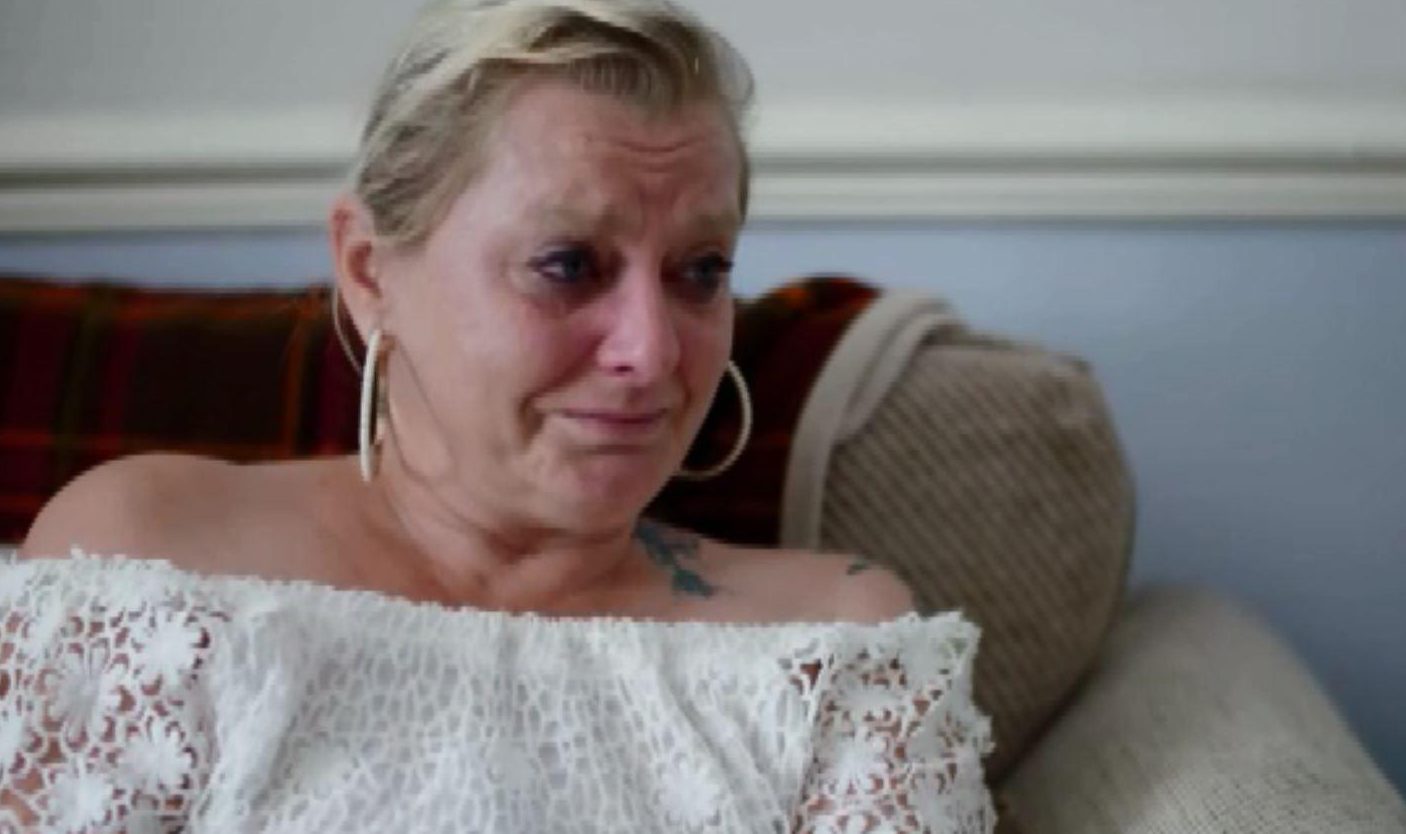 Mum Kay volunteers as a decoy on social media for the group and the mobile phone she uses pings continuously as messages from men flood in.

One includes an explicit photo of an underage girl, with the man asking her to send a similar snap.

Horrified by the image, Livvy says it has given her more of an understanding of what drives groups like Guardians Of The North.

She says: “To ignore a message from one of these suspects online is to ignore to potentially a child being abused somewhere.

“It's this weird addiction of, ‘where do you stop?’ They can't stop, they can't just switch their phones off. It’s not healthy.

“The police and other organisations are trained and safeguarded against these things.”

Guardians Of The North will wait for a suspected paedophile to suggest a meet up before carrying out a sting.

But Joe becomes so concerned about one man during the documentary, which is released on Sunday, he feels they cannot wait for the man to initiate a meeting.

He explains: “This man is one of the worst we’ve had. He’s threatening rape and violence.

“He thinks he’s speaking to a 13-year-old child. He’s asking for naked pictures and things like that. Obviously we can’t send them.”

Joe adds: “We can’t allow this man to do what he’s doing to us to a real child around the country for the simple reason is the things he’s said in the context of the texts a real child might never get over it.”

And when the suspect checks in online the next day, this allows the hunters to pinpoint his location.

As they drive to the address, Joe calls the police to tell them of their intended sting.

He tells Livvy: “I don’t like doing door knocks for the simple reason a lot of things can go wrong.”

When the man opens the front door, Joe – dressed in a hoodie with the group’s logo – introduces himself before telling him: “We have got every single bit of evidence that you have been sending to these children." 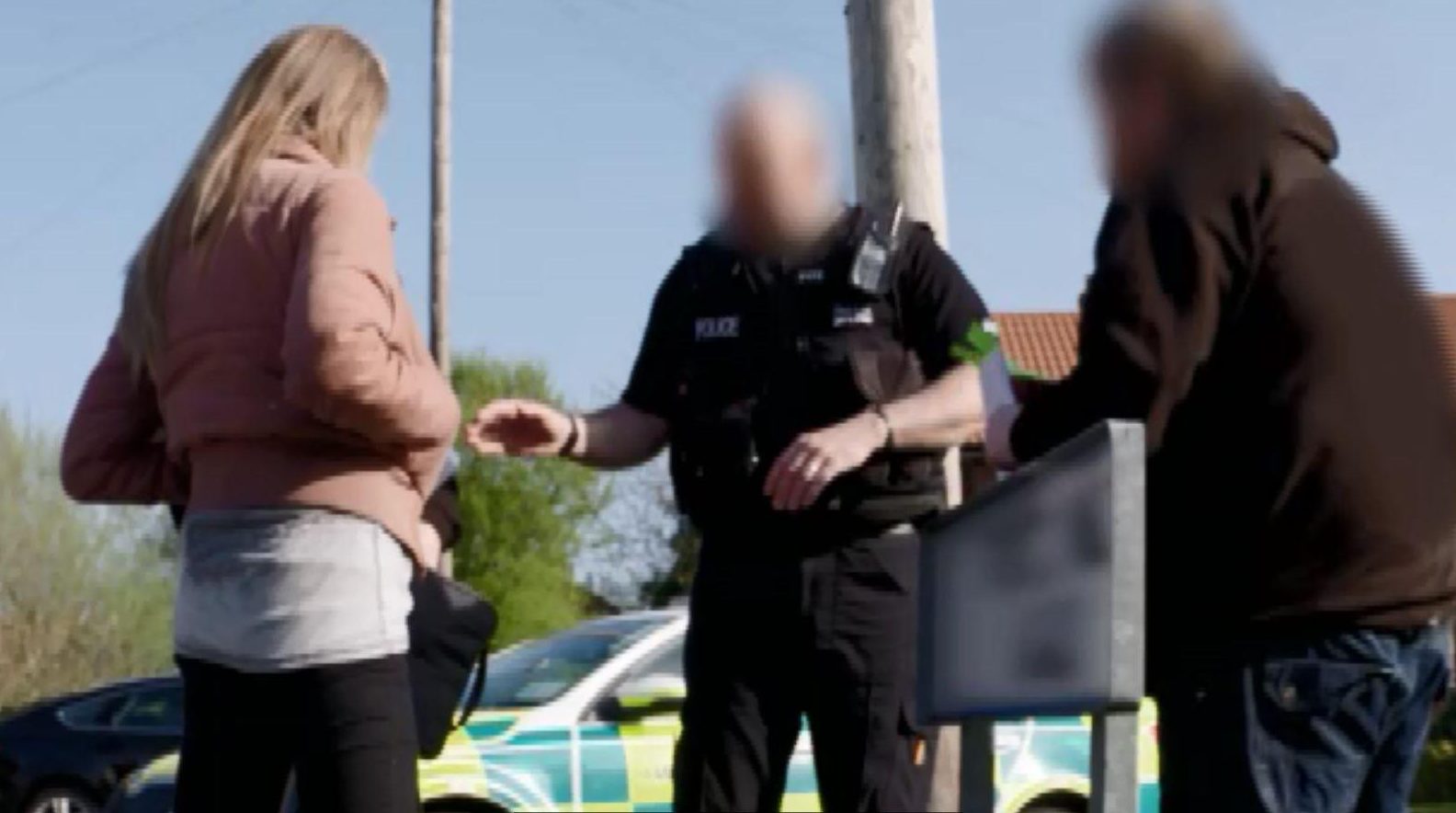 After Joe makes a citizen's arrest, the sting quickly descends into chaos though. The suspect collapses and an ambulance has to be called.

And when the police arrive, they give the group a ticking off. An angry officer tells them: "If you had a vigilante group come to your next door neighbour and then it kicks off, how would you feel?"

While their methods may seem heavy-handed, Guardians Of The North insist they only ever name and shame a suspect online following a conviction.

Predator Exposure has adopted a much more extreme tactic. The group, set up in Leeds three years ago by Phil Hoban, live-streams every sting to their thousands of followers – including the suspect’s name, age and location.

Livvy says: "It labels the targets as guilty even before evidence has been assessed by the experts."

Wearing high vis stab proof vests, trained fighter Phil and his team carry out a sting on a suspect they have been trying to track down for weeks.

The gang flag the man down as he is driving in his car and the confrontation is filmed.

Phil tells the man: “By the way you are live. Two thousand people are watching now. We are gonna make you famous. Everyone is gonna know what sort of person you are."

The sting takes place at the side of a busy road and quickly attracts a crowd. A group of young men from a nearby pub join to show their support for the hunters.

“Keep up the good work,” one shouts.

The scene takes a dramatic turn though when a man – believed to be the suspect's neighbour – arrives and becomes aggressive towards him.

Phil and his colleagues end up having to protect the suspect until the police arrive and arrest the suspect.

He was later convicted of attempting to meet a child following sexual grooming.

Groups taking the law into their own hands can have devastating consequences.

Four years ago, father-of-one Darren Kelly, 42, was stabbed to death near his home in Basildon, Essex, by teenage copycat vigilantes who mistakenly believed he was a paedophile.

And other groups aggressive vigilante approach has led to at least eight suicides after they were ‘exposed’ online, drawing criticism from police.

Police have publicly denounced paedophile hunter groups, yet it is believed many coppers privately support what they are doing.

Predator Exposure are handed a warning letter from officers following one sting. But member Lara insists: “Even though we get these letters, the police like what we do. They do say that off camera.

“They give us that but a pat on the back at the same time.”

Livvy says: “The reason I wanted to make this documentary was to find out if they are helping to tackle the rise in online grooming or if they are actually becoming a threat themselves.

“It’s a complex situation. I admire their intentions but as it’s unregulated so many things can go wrong.

“At the same time you can’t argue with the facts that almost half of child grooming cases last year were convicted on evidence brought by paedophile hunters.”

She adds: “I wonder if regulation, proper training and monitoring of it could be the way forward.”

Paedophile Hunters: The Rise Of The Vigilantes will be available on BBC Three via iPlayer from Sunday.