A BRIT was banged up in a hospital cell for 18 DAYS after in Majorca after he accidentally went on holiday while suffering a rare illness.

Colin Cain, from Whitby, Yorkshire, was picked up by cops and detained at the Son Espases hospital in Palma on the day he was meant to be flying home. 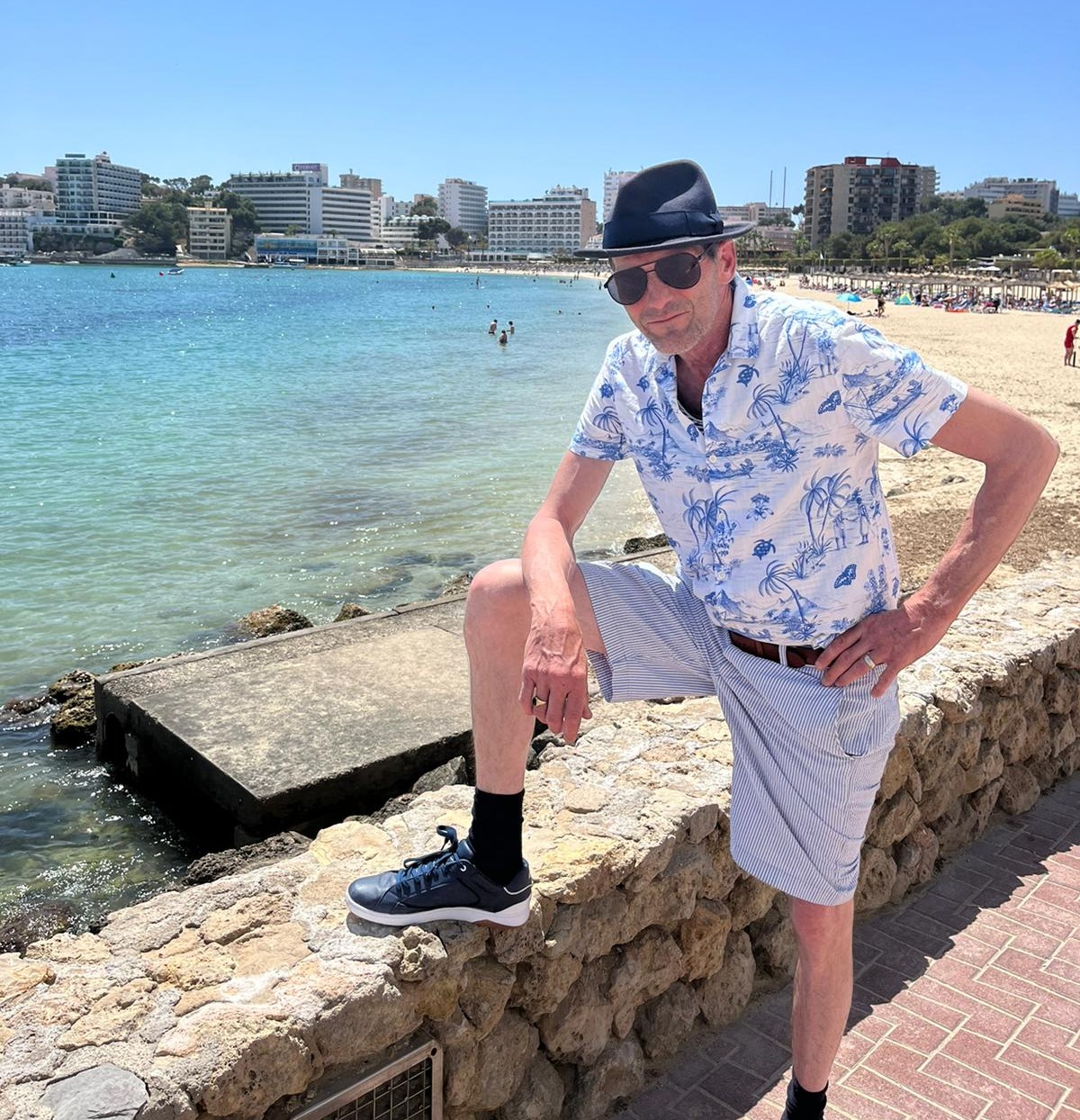 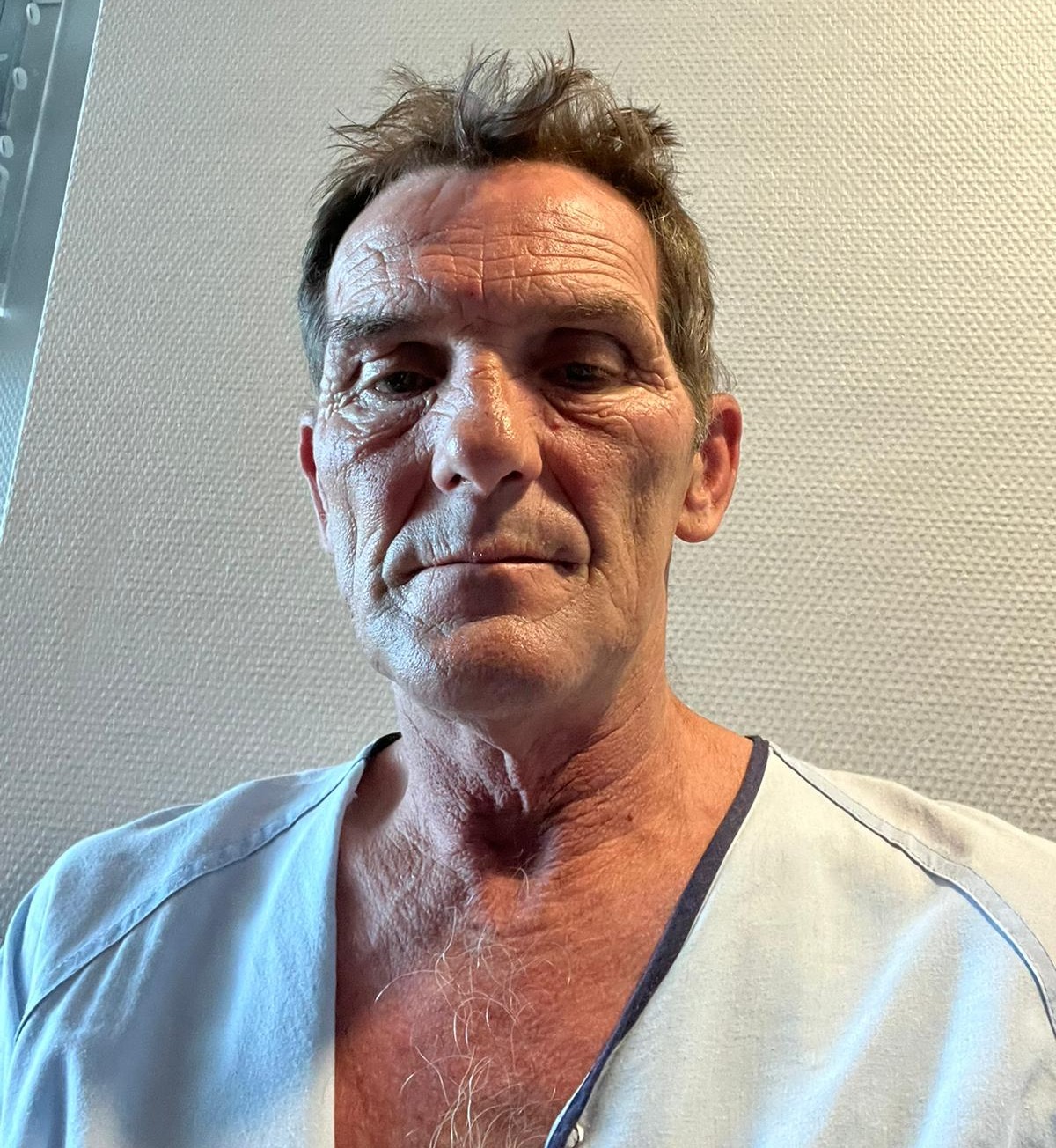 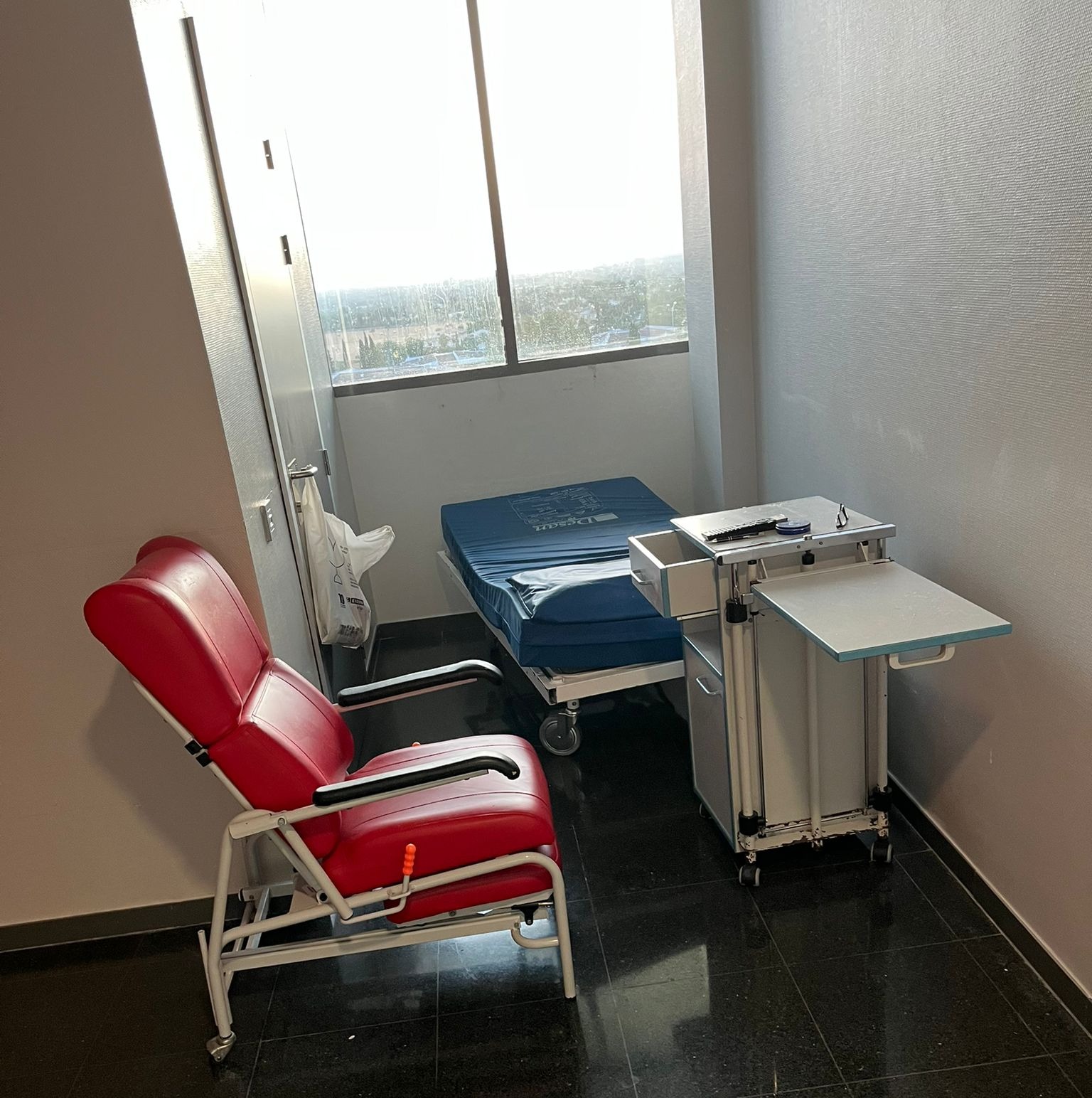 The property developer and landlord based in York had been in and out of the doctors since December with breathing problems from a mysterious bug.

His GP had put it down to a chest infection and given him antibiotics – and sent him on his way with no guidance not to travel.

Another doctor thought to do some extra tests on Colin shortly before his trip, but he had no idea whether or not he was infectious when he flew away for a sunny break.

After a week of feeling well on holiday, Colin’s GP rang him to break the bad news. 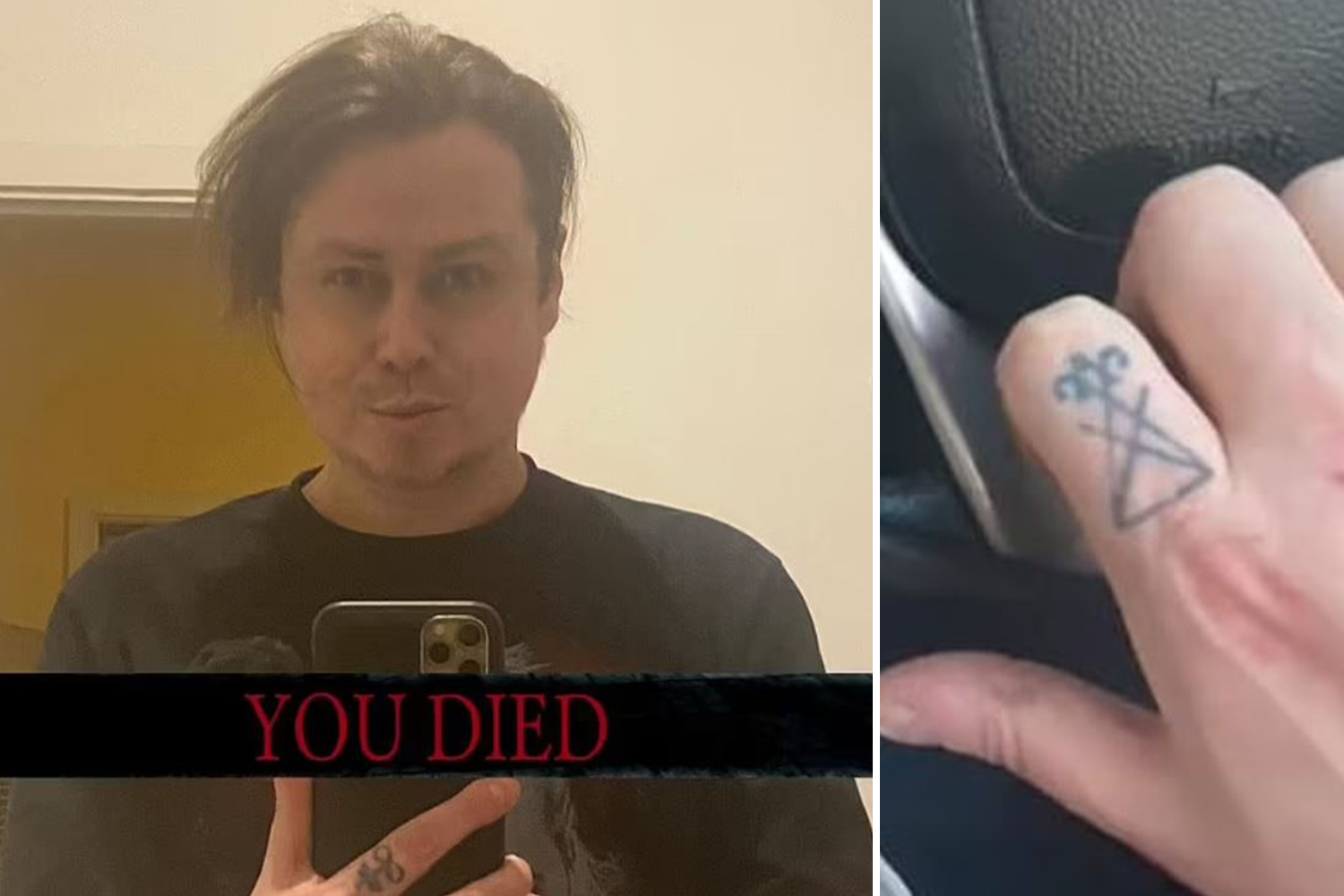 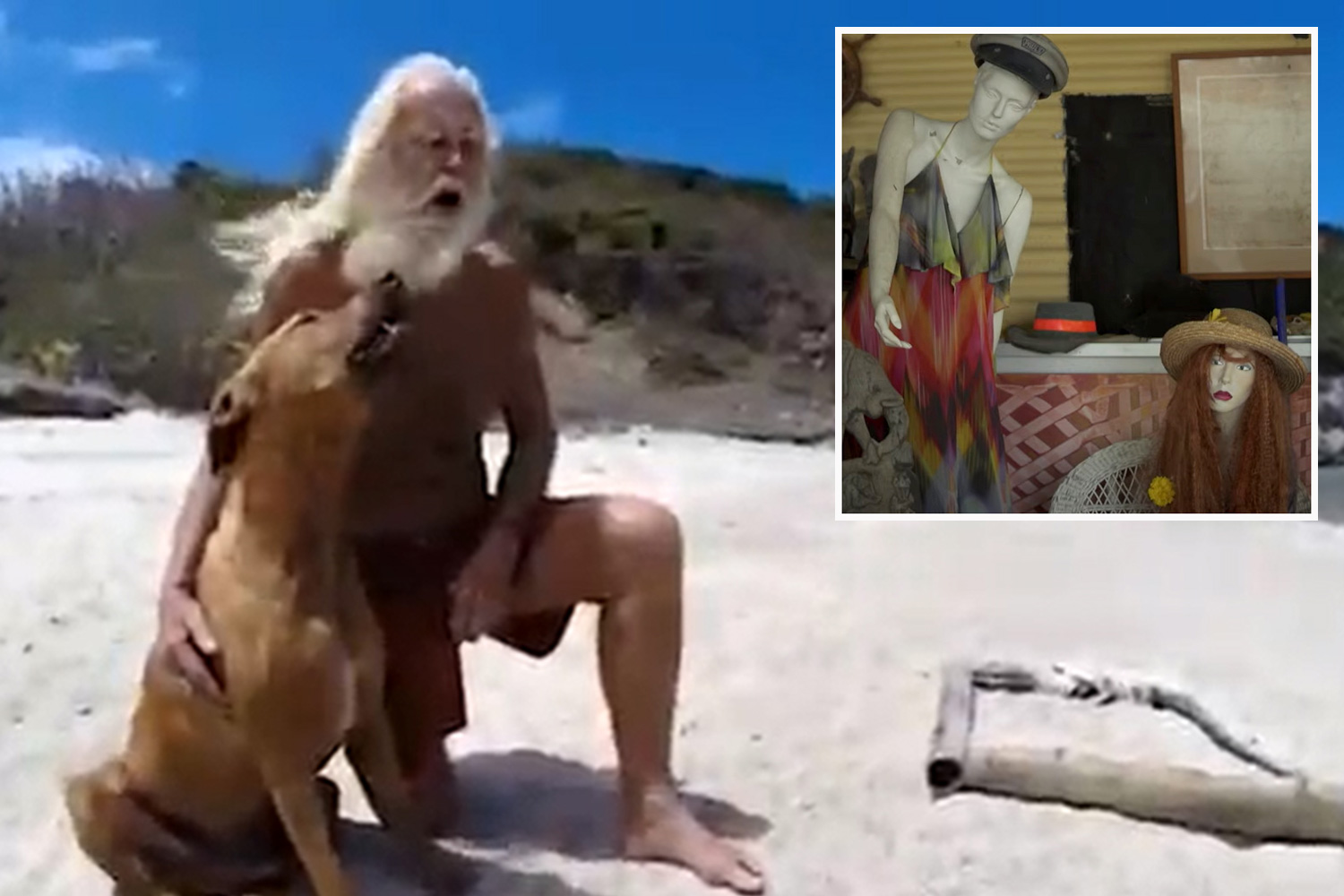 Colin had tested positive for Tuberculosis – a disease that infected only 4,000 people a year in the UK – and was not advised to travel as per NHS advice.

Little did he know that the diagnosis was a prison sentence, and he was about to be kept in a hospital cell without air conditioning for the next three weeks.

The ordeal ended up costing him £3,500 to rearrange flights and so his wife could stay in Spain.

Colin’s GP informed the UK Health Security Agency of his diagnosis and soon after the Spanish authorities, who tracked him down at the hotel where he was staying with his wife to take them both for medical tests.

But on arrival at the hospital, the 58-year-old had a panic attack – he said there were no translators available and he didn’t know what tests the doctors were doing on him.

So he left, walking two hours in the Spanish heat to a secret spot where he met his wife.

All of a sudden, Colin said he was ordered to return to hospital and the police reportedly arrived to insist they both return to the hospital in an ambulance under escort.

Each underwent a full body examination for six hours in a hospital room with allegedly no water, although they were offered a cup of coffee.

Julie said they were hardly given any information and she was desperately googling TB on her phone to work out the risks.

Finally, the doctors confirmed the British doctor's diagnosis – Julie was clear, but Colin did indeed have TB.

Colin was kept in a hospital room overnight that was guarded by two police officers because of his previous escape attempt the day before.

I was in this room for 18 days. No cigarettes, no beer. It was hell

But in the middle of the night, he was taken to a secret cell in the hospital.

Colin said: “The doctor came in with the nurse, they said you need to come with us, we’re actually putting you in a better room.

“The next moment they slammed the door, locked it and that was it.

“They said strip off and gave me a nightgown. They took everything but my phone.

“You can’t open the window to get any ventilation. And they turned the air conditioning off. 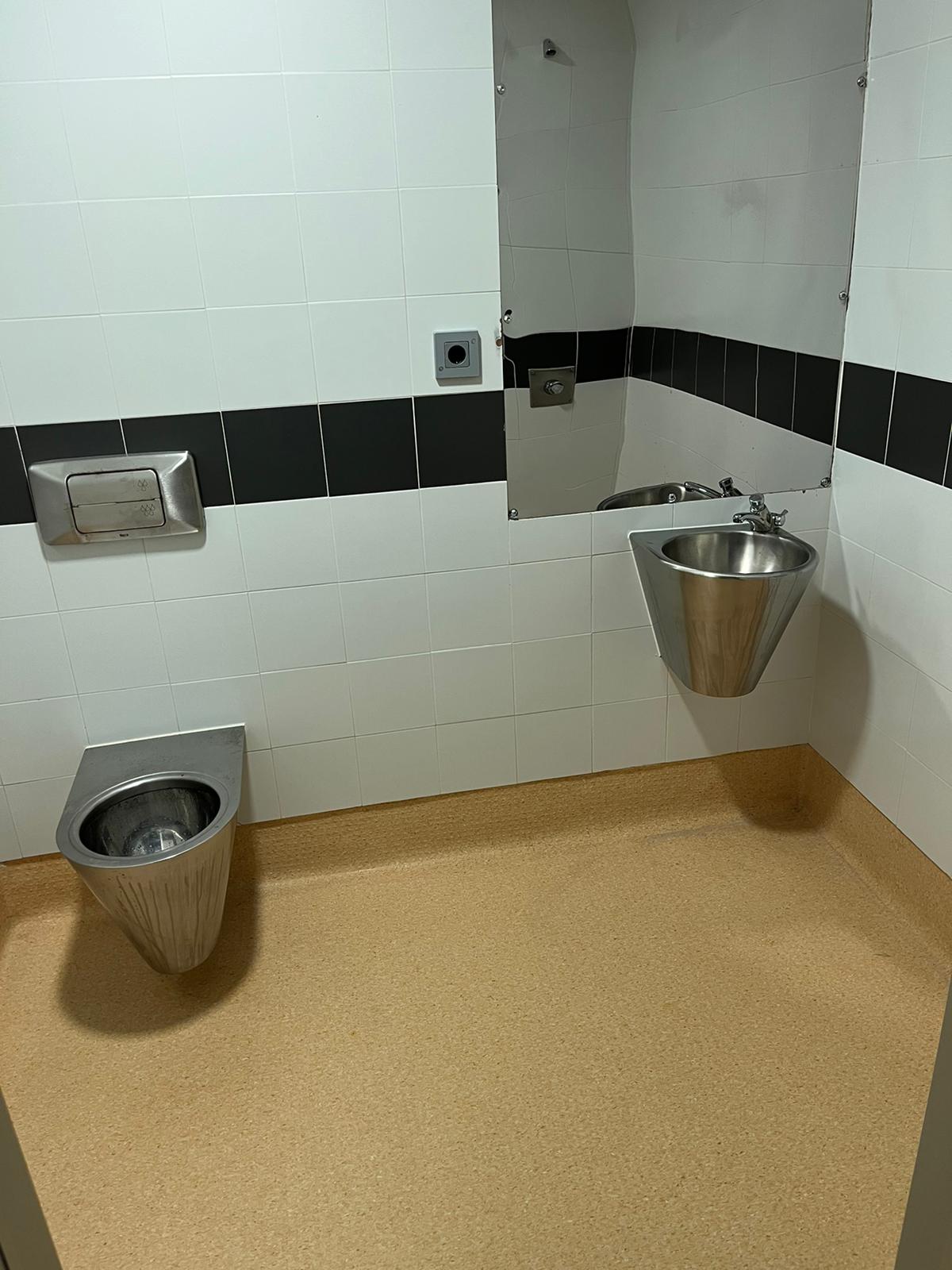 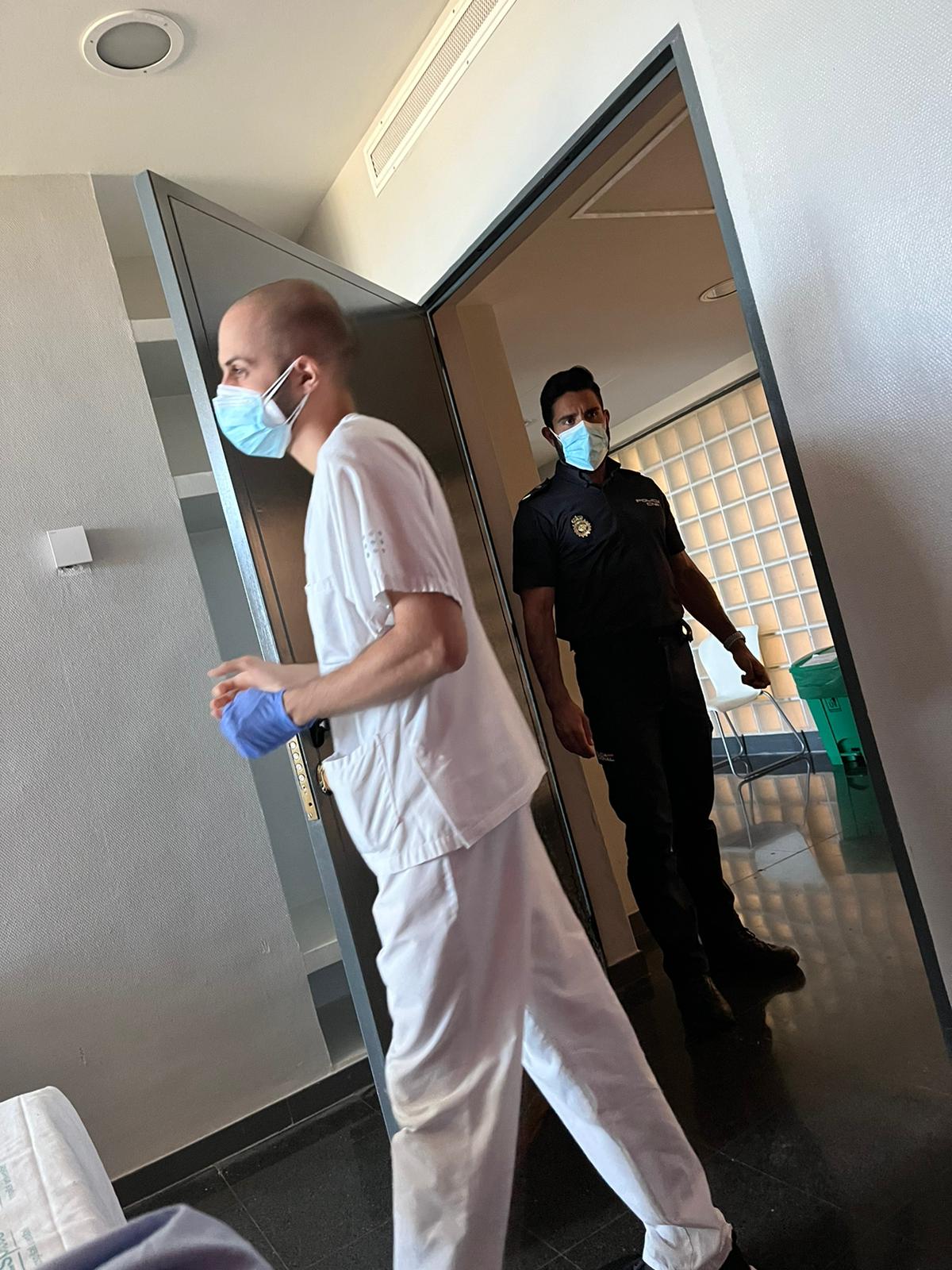 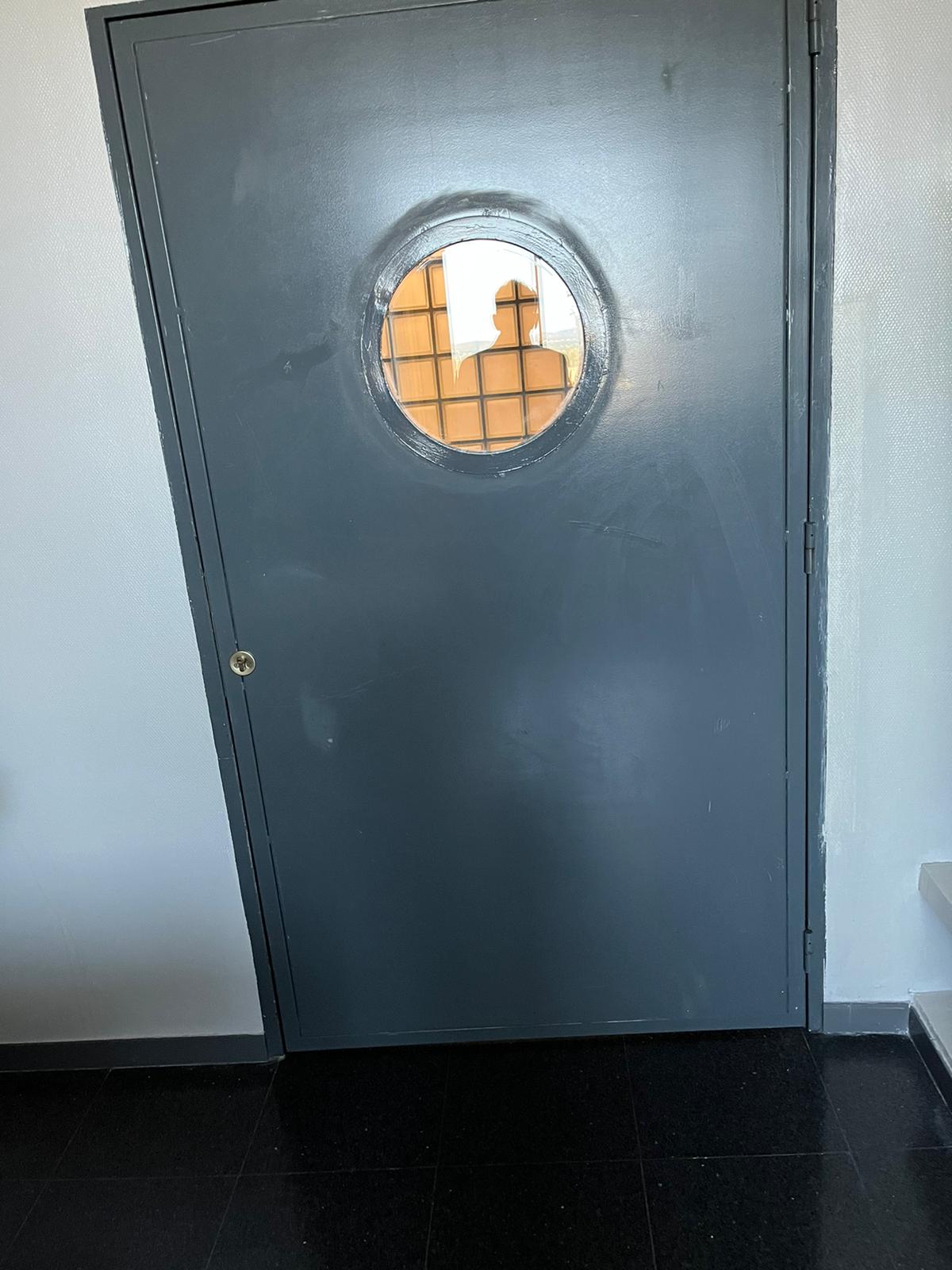 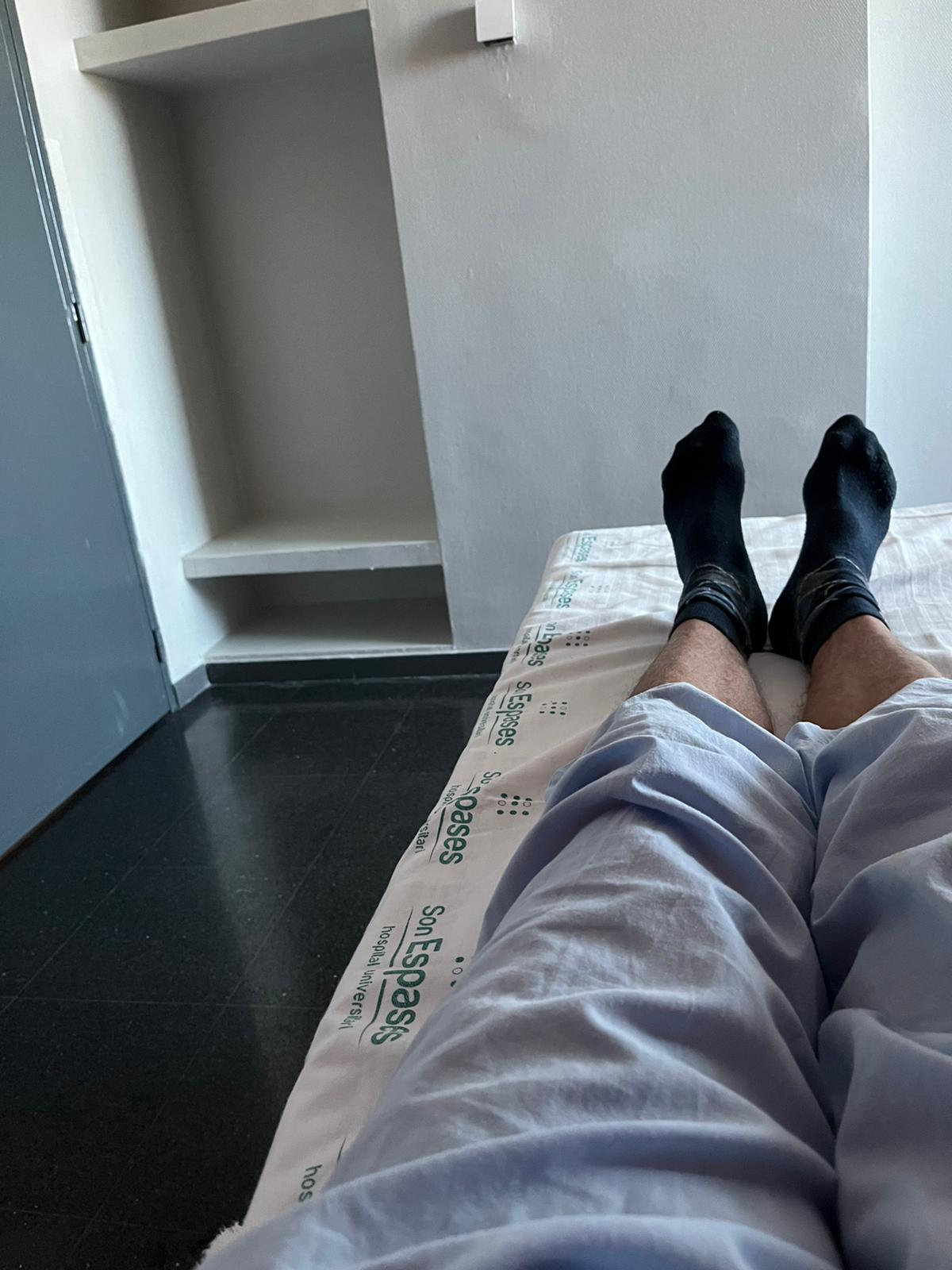 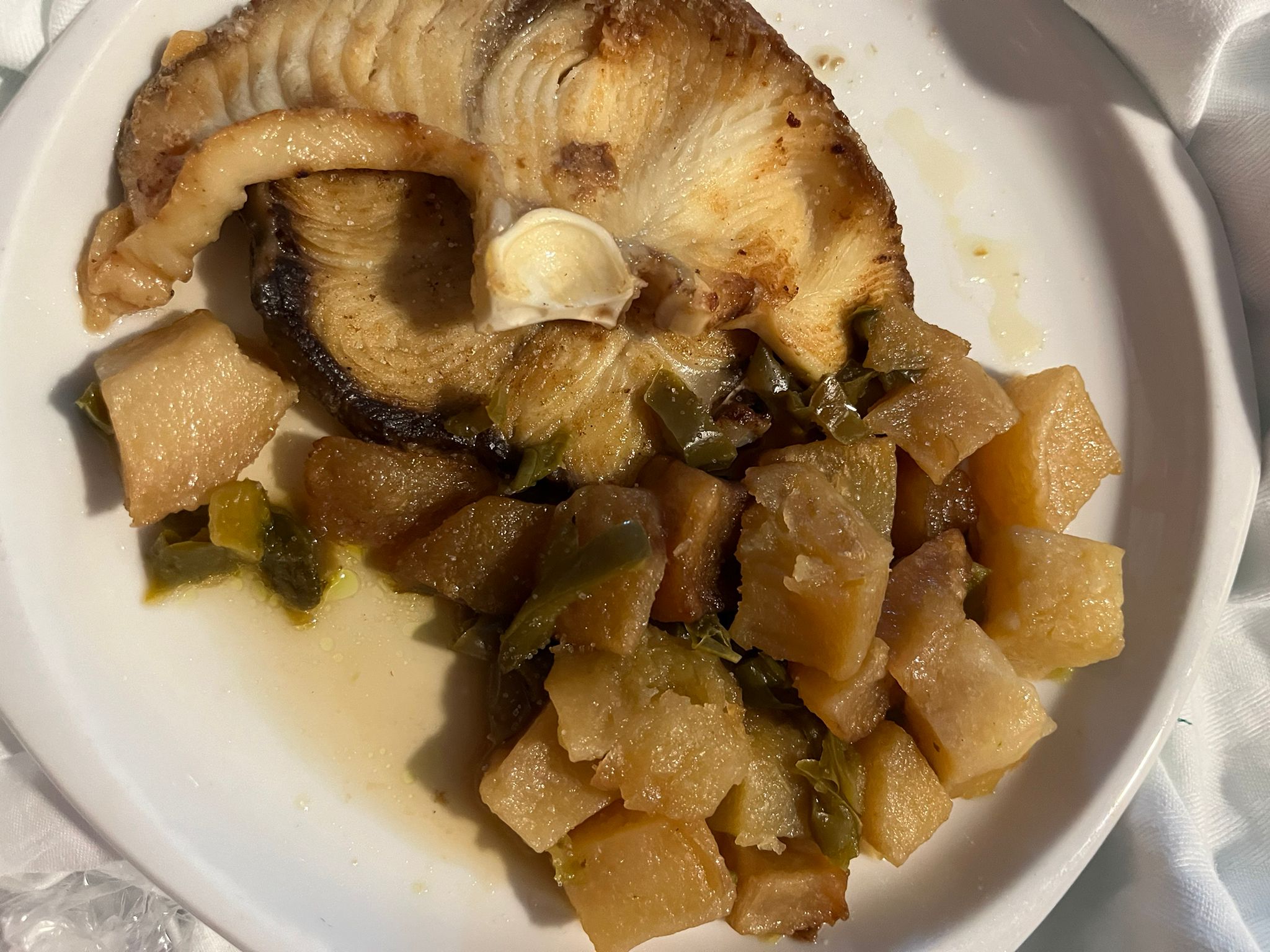 The hospital allegedly turned off the air con in Colin’s cell to stop his infection spreading through the ventilation system to the rest of the building.

And the window would not open, leaving him baking in the Spanish heat in his ordeal in May.

At first Colin said he was told he needed to self-isolate for three to five days, but he struggled to communicate clearly with the Spanish hospital staff.

The doctors then told Colin he would have to stay until he got a clear test.

Colin was used to smoking 40 cigarettes and drinking a beer a day – so they offered him nicotine patches and gave him medication for his TB.

He would have to open his mouth to show the prison guards that he’d swallowed his tablets.

He said: “It was horrendous, it was absolutely awful. I thought I’d gone to hell and back to be honest with you.”

“I said to the police – I was very respectful to them – listen I’m in a foreign country in a cell with no explanation.

I would have gladly and willingly jumped out of that window

The guards took all his possessions except for his phone and treated him like a prisoner with a strict routine except he wasn’t allowed outside for a walk.

His wife Julie claimed she was forbidden from visiting her husband at first and was even strip-searched on one occasion.

After she persisted, Julie was allowed to visit with food each day.

She said: “I had to be strip searched. It took me ages to get there on two buses. When I got there, they rang for a female police officer to check me.

“She even looked in my knickers and in my bra.”

Colin said he was given “horrendous” meals that he took pictures of to send to his friends before flushing down the toilet.

He said: “It looked like the intestines of an alien or something. I just flushed it down the toilet."

“If it wasn’t for the fact of Julie being there every day I would have lost it," he added.

“I would have gladly and willingly jumped out of that window to get out of there dead or alive.”

Eventually, Colin tested clear and was allowed to leave. He flew home with Julie a few days later, three weeks after their original flight home and about £3,500 poorer from the ordeal.

He said: “I fully understand where they were coming from because obviously the Spanish were very concerned this could have affected their economy because TB is far worse than Covid 19.”

Colin admitted never having the TB vaccine as a child.

“I’m actually petrified of needles,” he said, “When I was at school a friend told me they stuck six needles in your bloody hand so I didn’t go to school that day.”

The Son Espases hospital said: "After having reviewed all the documentation in relation to the case, we can assure you the care Mr Cain received at the hospital was adequate at all times, taking into account his state of health.

"As you know, tuberculosis is an illness that must be declared precisely to prevent its spread and smoking is not allowed in a hospital of course.

"On the other hand, millions of tourists visit Mallorca every year so it's common to attend foreign patients so the language has never been a problem."

WHAT IS THE NHS ADVICE FOR TUBERCULOSIS (TB)?

Tuberculosis is a bacterial infection spread that mainly affects the lungs.

It spreads after prolonged exposure to someone with the illness. 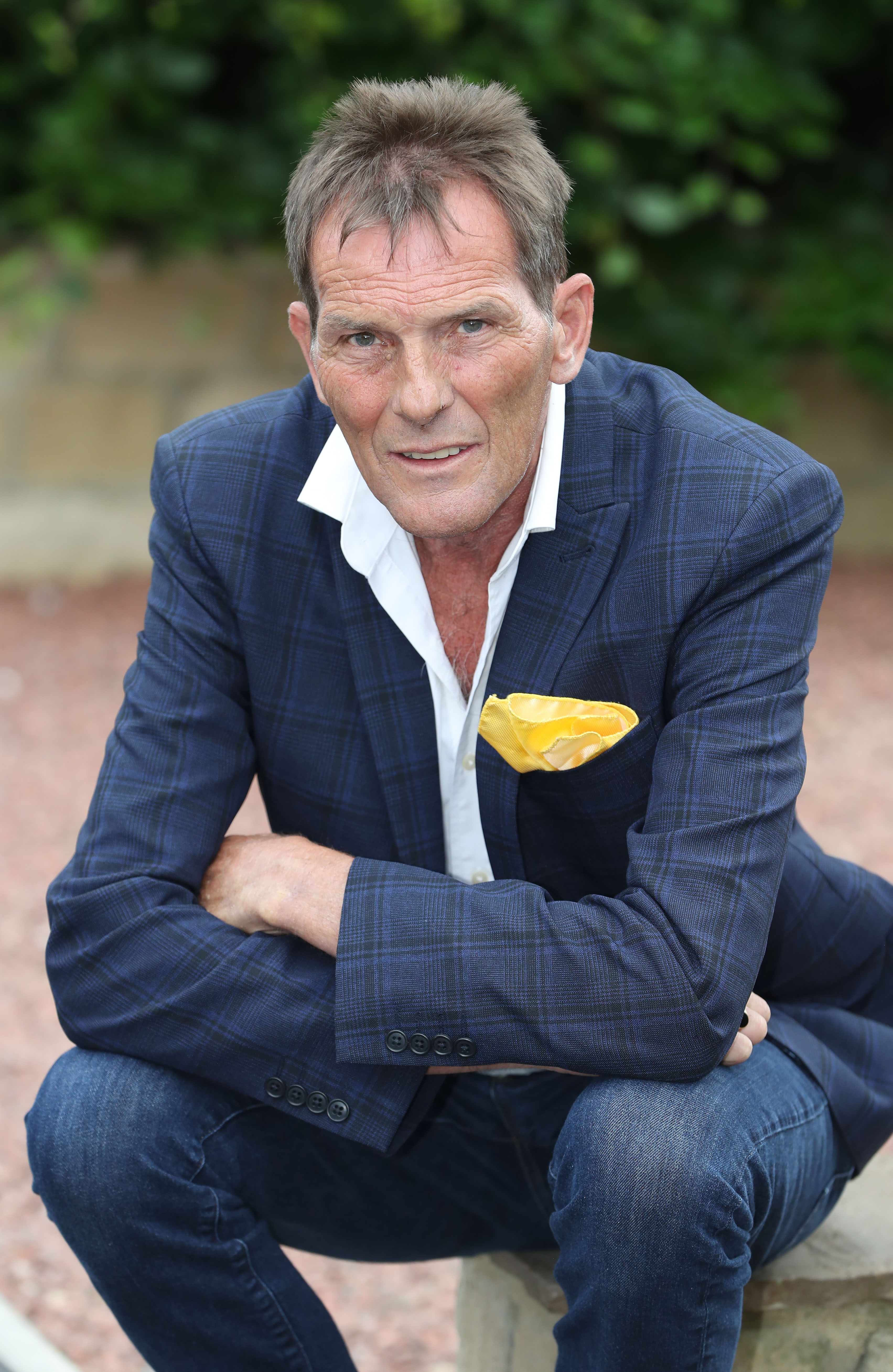