The retailer promised to remove palm oil from all its own-brand products by the end of 2018,  and did so for may of its products but in respect of 17 items, having found it harder than they expected, has removed its names from own-brand goods which contain the ingredient.

So far, Iceland has removed palm oil from hundreds of its products but its bid to not pass any of the cost onto consumers or suppliers has led to delays on a handful of products.

Iceland cited deforestation in Asia as one of the main reasons for trying to get rid of palm oil in its products, but admitted palm oil remains in 32 product lines, including in a popular cheesecake. 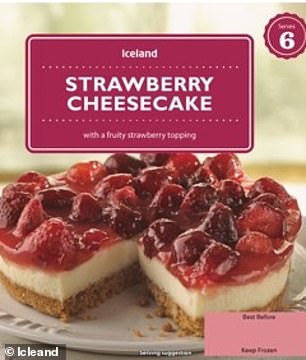 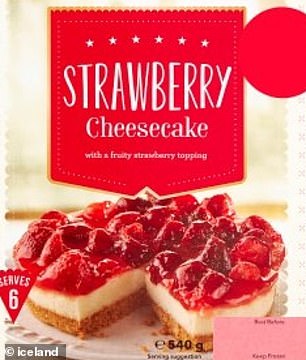 Richard Walker, the joint managing director of Iceland and son of its founder, Sir Malcolm Walker, said Iceland has spent £5million in a bid to get rid of the controversial ingredient from its products.

He visited the Indonesian Borneo in 2017 and witnessed the destruction caused by palm oil plantations first-hand. Mr Walker said Iceland was trying to find alternatives for 17 of the 32 lines. The other 15 would no longer carry the Iceland branding.

Iceland added they expected to find a solution by April this year, which could see a return of the ‘Iceland’ name on the own-range goods.

On a blog on Iceland’s website, he admitted: ‘There are a further 15 chilled lines where we and our suppliers have reluctantly concluded that it simply isn’t technically feasible to replace palm oil with another ingredient.’ 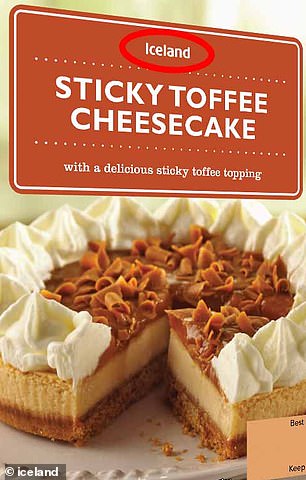 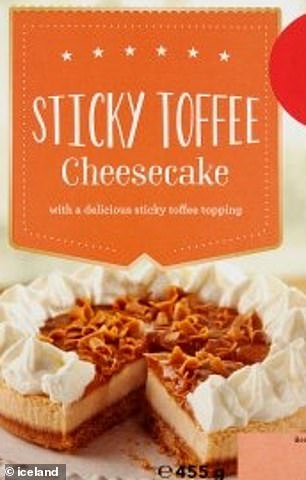 The Iceland branding was also present on the sticky toffee cheesecake (left, ringed) but has now been taken away from the latest brand

He said the products would still be sold ‘along with hundreds of other branded lines containing palm oil’.

He told MailOnline: ‘We weren’t to know on the removal process that these 17 lines would be an issue and some suppliers could not meet the deadline.

‘We are working with the suppliers and they can absolutely get there but we took the Iceland name off the products.’

Iceland claimed it had been ‘transparent’ with customers about its pledge to remove palm oil – even though they had not informed consumers of the removal of its own-brand labeling.

Many products were removed by the retailer, but own-label products containing palm oil were still available to buy in stores that day.

Iceland said there were no own-label fresh items available that still contained palm oil and that it was committed to its pledge. 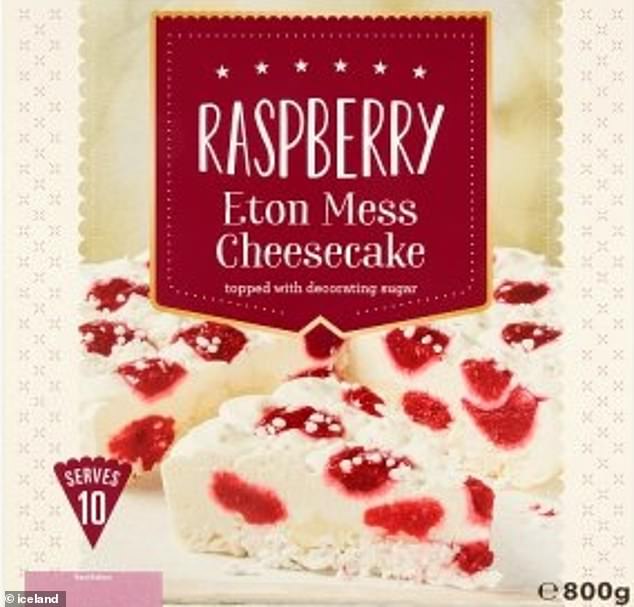 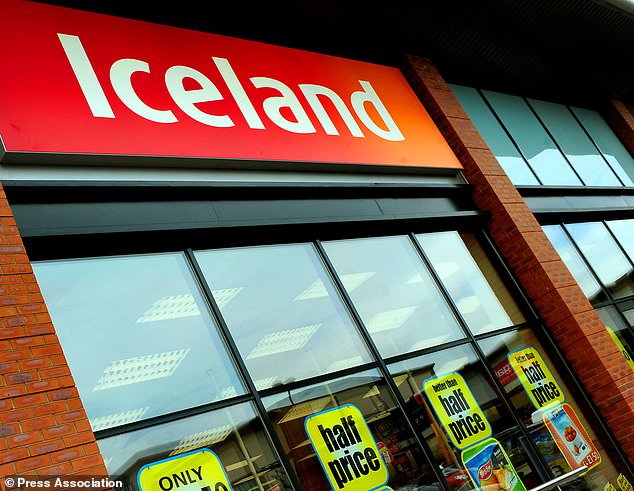 Why is palm oil harmful to the environment?

Palm oil is a type of vegetable oil that is extracted from the fruit and seeds of the oil palm. The oil palm is native to parts of West Africa, though the majority of palm oil comes from plantations in Indonesia and Malaysia.

Those two countries currently produce more than 85 per cent of the world’s palm oil supply.

According to The Independent, close to 66 tons of palm oil are produced each year. The substance is thought to be found in roughly half of all packaged goods on supermarket shelves in the United Kingdom. 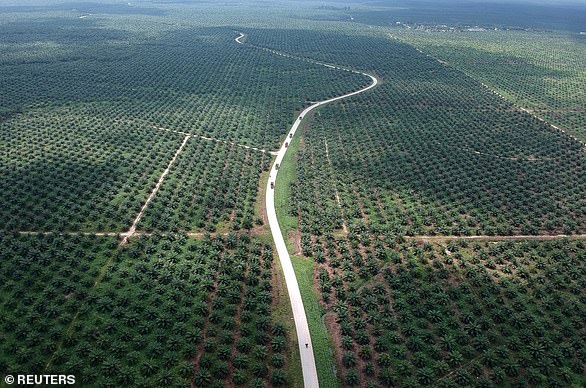 Oil palms typically grown in low-lying, tropical regions. The same areas are home to rainforests and peatlands, which host endangered species like orangutans, rhinos and tigers.

In many cases, forests are destroyed and replaced with palm oil plantations. This process, called deforestation, has led to ‘green deserts’.

Native animals and plants are unable to survive in ‘green deserts’.

Deforestation and the burning of forests pollutes the environment and increases greenhouse gas emissions.

Palm plantations officially cover more than 27 million hectares, according to The Independent.