6 states this morning are under a Winter Weather Advisory for slick roads due to snow and freezing temperatures.

We are watching a cold front move across the Eastern U.S. bringing a threat for flooding to the southern states and snow to the north.

Flood Watches have been issued for Oklahoma and Arkansas for today and tonight and some areas could see 2 to 4 inches of rain.

By Thursday morning, the cold front will stretch from Texas all the way into Pennsylvania with heavy rain from Arkansas to the Ohio Valley and snow to the north from St. Louis to western New York state.

By Thursday late afternoon, this cold front will move into the Northeast changing rain to snow for central Pennsylvania, upstate New York and into New England. Some areas in western New York and New England could see 3 to 6 inches of snow, and locally higher amounts are possible in the White and Green Mountains in Vermont, New Hampshire and Maine. 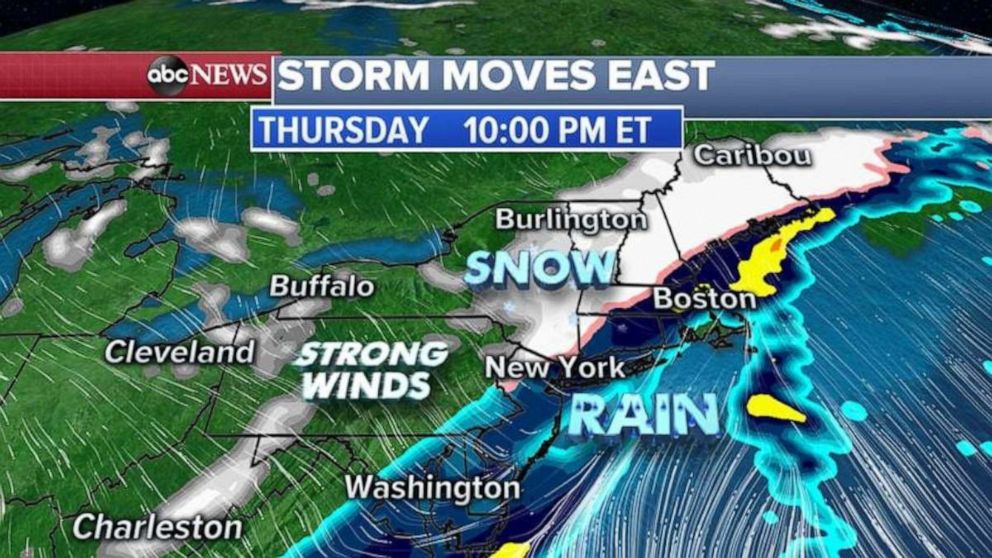 At this point it looks like major cities along I-95 will only see rain.

There might be a short period of a quick burst of snow from New York City to Boston on Thursday night but no accumulation is expected in these major cities.

Behind this cold front, it is expected to be bitter cold on Thursday morning for the Upper Midwest with single digits and teens for wind chills.

By Friday morning and especially Saturday morning, the coldest air will move east and, from Georgia to Maine, wind chills will be in the teens and 20s. 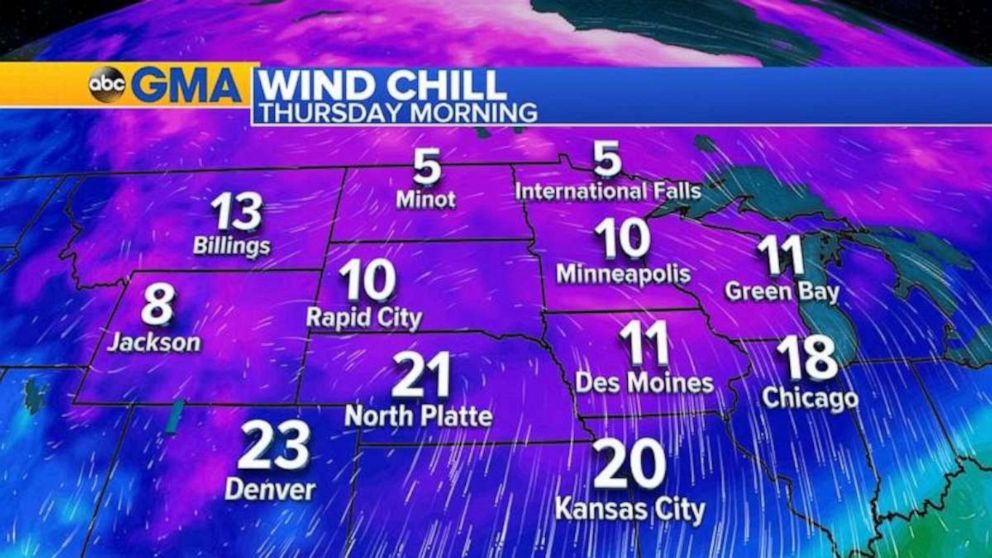