Tough new measures will be in place ahead of the Bank Holiday to help stop unlawful gatherings. 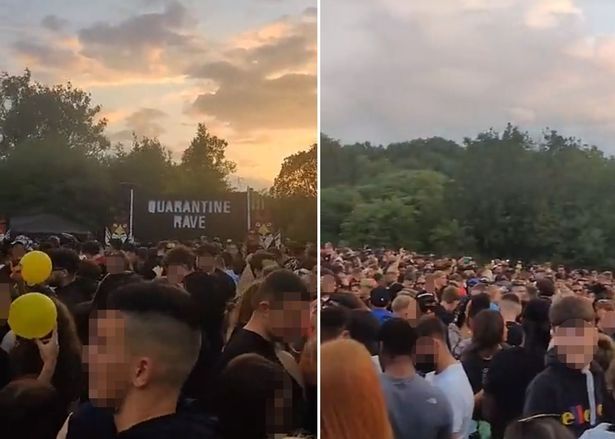 Cops will also issue fines of £100 to anyone attending the unlicensed events of 30 people taking place in venues such as private homes or on boats.

Police forces will continue patrols as part of the crackdown with deployments in Leicester and Greater Manchester on the same scale as New Year’s Eve.

Home Secretary Priti Patel said: “These gatherings are dangerous and those who organise them show a blatant disregard for the safety of others.

“I am pleased the police have already stepped up their response and I am giving them the tools they need to continue to keep us safe.

“We will continue to crack down on the small minority who think they are above the law.”

National Police Chiefs’ Council Lead for Unlicensed Music Events, Commander Ade Adelekan, said: “To the organisers of this sort of activity, I strongly advise that you seriously consider the risks you’re creating for everyone in attendance and the wider community.

“There is a risk of prosecution for those who organise these events and equipment will be seized.”

Police in the capital have already responded to 1,000 unlicensed events since the end of June.

They have seen anti-social behaviour, drugs sales and gang activity when attending such events.

Two teenagers were even stabbed at a warehouse rave in Borehamwood, Herts.

A woman aged 27 in Manchester who organised two illegal gatherings on consecutive nights was fined £100 and told that anyone from outside the property couldn’t enter.

From Friday, fines for not wearing face coverings in shops and public transport will start at £100 and double to a maximum of £3,200 for repeat offences.