Washington: Amid the excitement of new politicians being sworn into the 116th US Congress on Thursday, nothing cut through the noise quite like what new Democratic Congresswoman Rashida Tlaib said of President Donald Trump.

"We're going to go in there, and we're going to impeach the motherf—–r," she said to rapturous applause from a group of supporters just hours after she became the first Palestinian-American woman sworn into Congress.

Tlaib is one of a handful of outspoken, progressive Democrats who have thrust impeachment proceedings to the front of their agenda, highlighting a schism between the party's left flank and its traditional top brass.

President Trump sought to push back against talk of impeachment on Friday, arguing that his adversaries want to remove him from office because of his popularity and success.

"They only want to impeach me because they know they can’t win in 2020, too much success!" Trump wrote in one of two tweets on the subject.

Tlaib later said that she was unapologetic for her comments and "will always speak truth to power".

She wrote in an opinion piece for the Detroit Free Press that there was overwhelming evidence that Trump had committed impeachable offences including "obstructing justice; violating the emoluments clause; abusing the pardon power; directing or seeking to direct law enforcement to prosecute political adversaries for improper purposes". 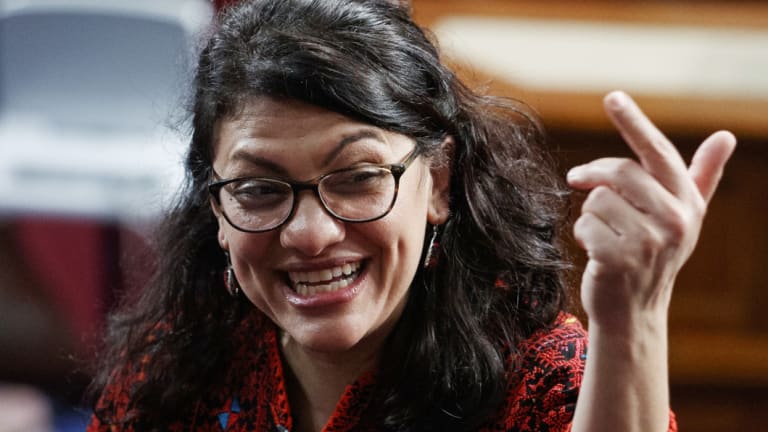 Rashida Tlaib of Michigan is sworn into the 116th Congress on Thursday.Credit:AP

Her spokesman, Denzel McCampbell, said Tlaib, one of only two Muslim women in Congress, "was elected to shake up Washington" and "absolutely believes [Trump] needs to be impeached".

Newly-elected speaker, Nancy Pelosi, took a diplomatic line, telling MSNBC that she would not have used the profane word herself – "I probably have a generational reaction to it," she said – but added that she wasn't in "the censorship business" and had heard worse language from Trump. 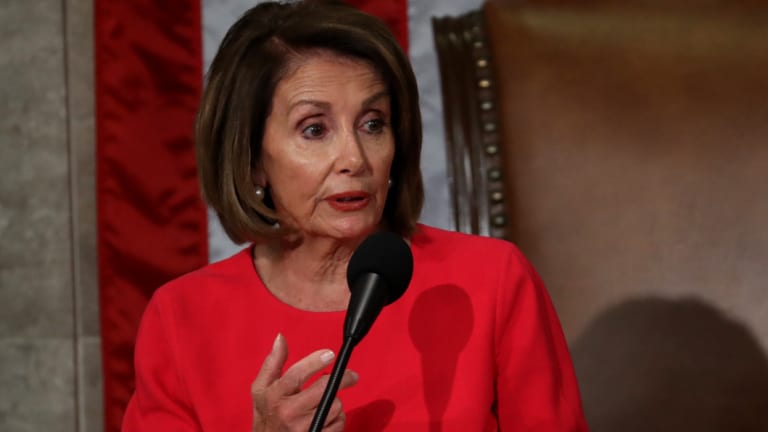 However, Tlaib's comment has elucidated a subtle but potentially consequential divide between more progressive factions of the Democrat party and the traditional stalwarts who have generally tried to avoid even using the "i" word.

Pelosi and other party leaders have tried to tamp down impeachment talk, preferring to instead keep their powder dry. They want to wait for special counsel Robert Mueller to issue a final report from his Russia probe before moving to impeach Trump – if they even do.

Politics will not play a role one way or the other in whether Democrats decide to impeach the President, Pelosi said on Thursday.

But as the new Congress convened on Thursday, several rank-and-file members tried to jump-start the prospect of removing Trump from office.

Two members of the left flank, California Congressman Brad Sherman and Texas Congressman Al Green, introduced articles of impeachment against Trump on Thursday, the first day of the new Congress. They cited accusations of Trump obstructing justice by firing former FBI director James Comey in 2017, among other alleged misdeeds.

Talk of impeachment has simmered for most of the Trump presidency. Sherman and Green pushed to impeach Trump in 2017 and 2018, but the Republican-majority House blocked those resolutions twice. Now, the Democrats are in control.

In her opinion piece, co-written with Free Speech For People co-founder John Bonifaz, Tlaib wrote: "Each passing day brings more pain for the people most directly hurt by this President, and these are days we simply cannot get back. The time for impeachment proceedings is now."

Under the Constitution, presidents can be impeached and removed from office for "treason, bribery, or other high crimes and misdemeanours".