Barcelona: A far-right party has taken a role in the formation of a regional government in Spain for the first time since the Franco dictatorship ended in 1975.

The anti-immigrant Vox on Wednesday agreed to support a centre-right coalition in Andalusia. It became kingmaker in Spain's most populous region – a traditional Socialist Party stronghold – after 12 of its candidates unexpectedly won seats in an election in December.

While Vox will not be part of the Andalusia government, bitter memories of military dictatorship had until now prevented far-right parties from making any inroads into the Spanish political mainstream. 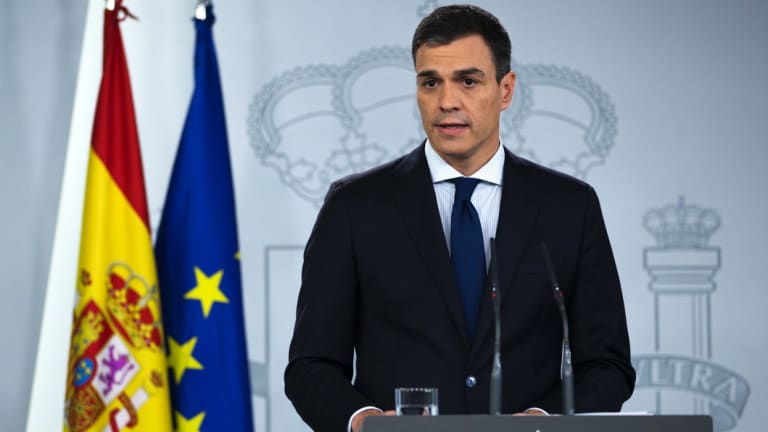 In return for its support, Vox made a 37-point agreement with the conservative People's Party (PP) that includes commitments to tackle illegal immigration, reduce regional taxes and combat Islamic fundamentalism.

"Today illegal immigration and corruption lose … and the Andalusians, the defence of the family and a more pluralistic politics win," Vox deputy leader Javier Ortega said.

The PP struck a separate accord with the centre-right Ciudadanos to form the coalition government, ending an unbroken 36-year run of Socialist administrations in the southern region.

"The Andalusians have chosen a government of change to put an end to 40 years of awful socialist policies, and [PP coalition leader Juanma Moreno] is not going to let them down," PP leader Pablo Casado wrote on Twitter.

After December's election, the minority Socialist government of Prime Minister Pedro Sanchez said that if the main opposition parties relied on the support of Vox to take office, they risked turning the region into a "cradle of the far right''.

A spokeswoman said on Wednesday the administration regretted "the radicalisation seen on the part of the PP and Ciudadanos".

"This government, in a moment in which some want to go back to the Spain of the black and white era, reaffirms its commitment to European values," she said

Wednesday's agreement did not include a proposal by Vox to repeal domestic violence legislation, a divisive demand that had caused discomfort among some PP leaders and led women's groups to call a protest next week.

Spain is readying for a busy electoral year, with polls showing that the far right could also win seats in other parts of the country.