STONE me – this floating rock really is a sight for shore eyes.

Sailors watched in amazement as the jagged craft – which blends in perfectly with the cliffs – cruised past near Marseille, France. 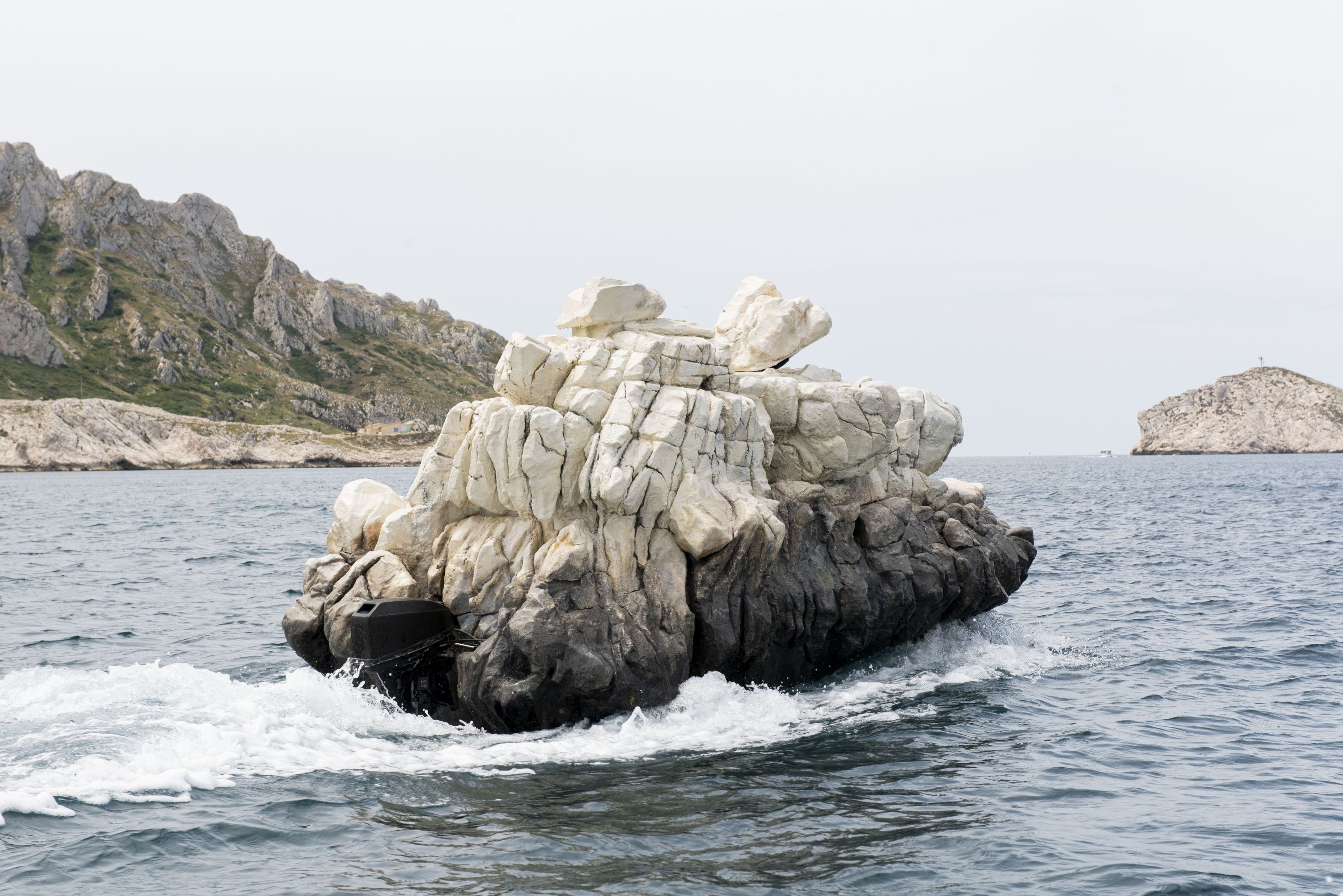 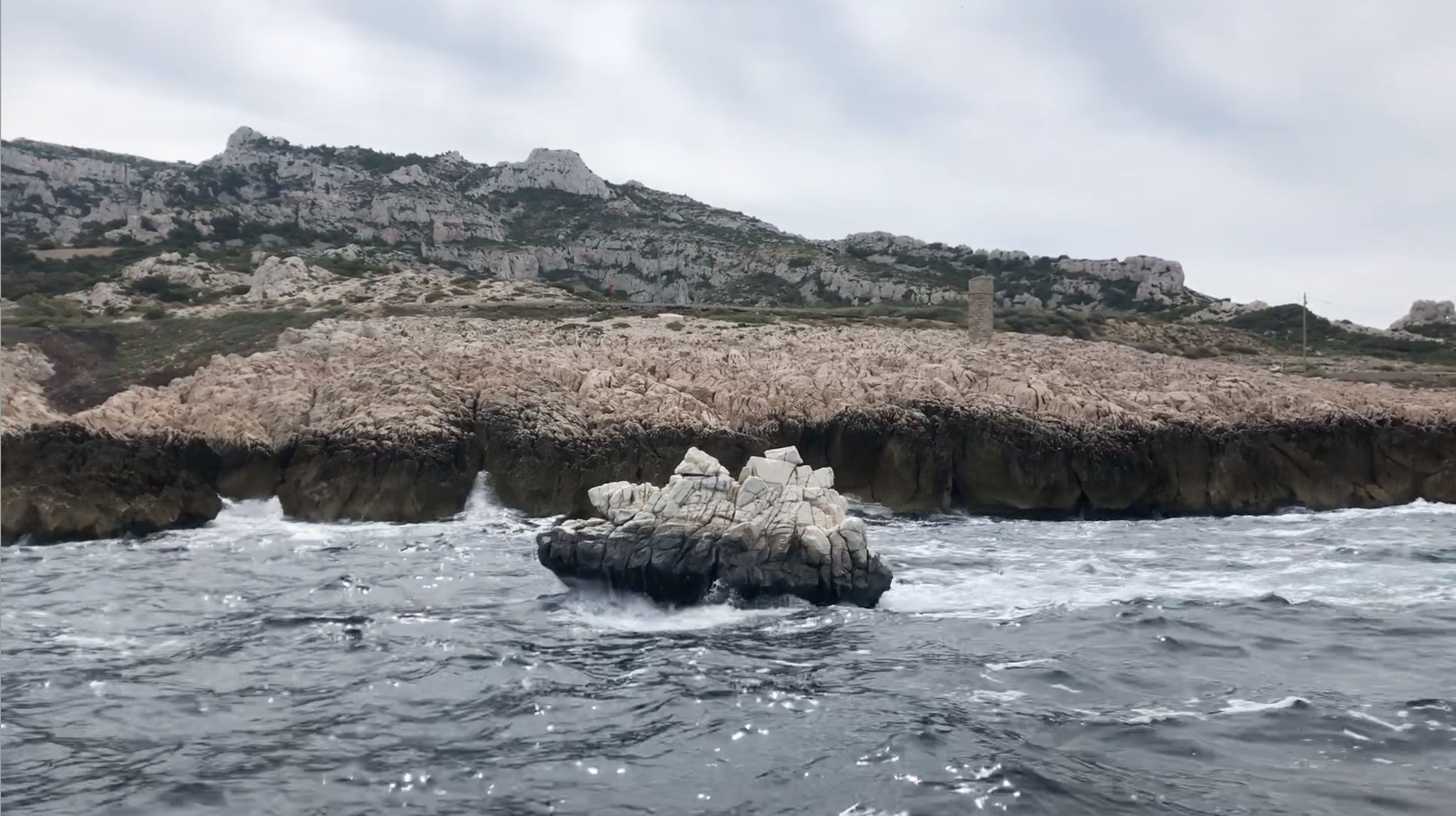 The wacky camouflaged boat is the creation of artist Julien Berthier, 46.

It took him six weeks to convert an old dinghy, using mostly polystyrene and epoxy resin.

And the painstakingly accurate paint job makes it appear like a bobbing natural rock formation that has drifted away from shore.

Julien said: "It's more like a cave inside the boat.

"You can fit quite a few people in there but it is a little bit cramped.

"The centre of gravity of the boat has changed since we've built on top of it so it can be a little shaky too. When the water gets a bit choppy, you do feel the waves a lot more.

"There are two entrances in the rock, one to get in the top and another at the back so you can start the engine."

The art project began last September 2020 but Covid restrictions meant the craft was not launched until this summer.

Julien, from Paris, added: "I wanted to create something that intruded on the landscape as little as possible.

"As an artist these days everything can be about being as loud as possible, to stand out as much as possible on Instagram and social media.

"With this I wanted to go the complete opposite way and make sure it blended in with the creeks around Marseille.

"When it's next to the rocks, the boat is really camouflaged against it, pretty much invisible before it moves away.

"It has a survivalist element to it. I wanted it to fit in with nature as much as possible.

"We build fake islands to get territory from water and I wanted to play with another element of that.

"Because of the way it moves around the boat constantly changes the landscape.

"You can be looking at the rocks one second and when you turn back a moment later they have changed in a subtle manner."

Julien built the rocky boat as part of a residency organised by fellow artist Thomas Mailaender for TUBA Club hotels.

In May we told how a giant container ship appeared to hover over the sea off Kent – caused by a rare optical illusion. 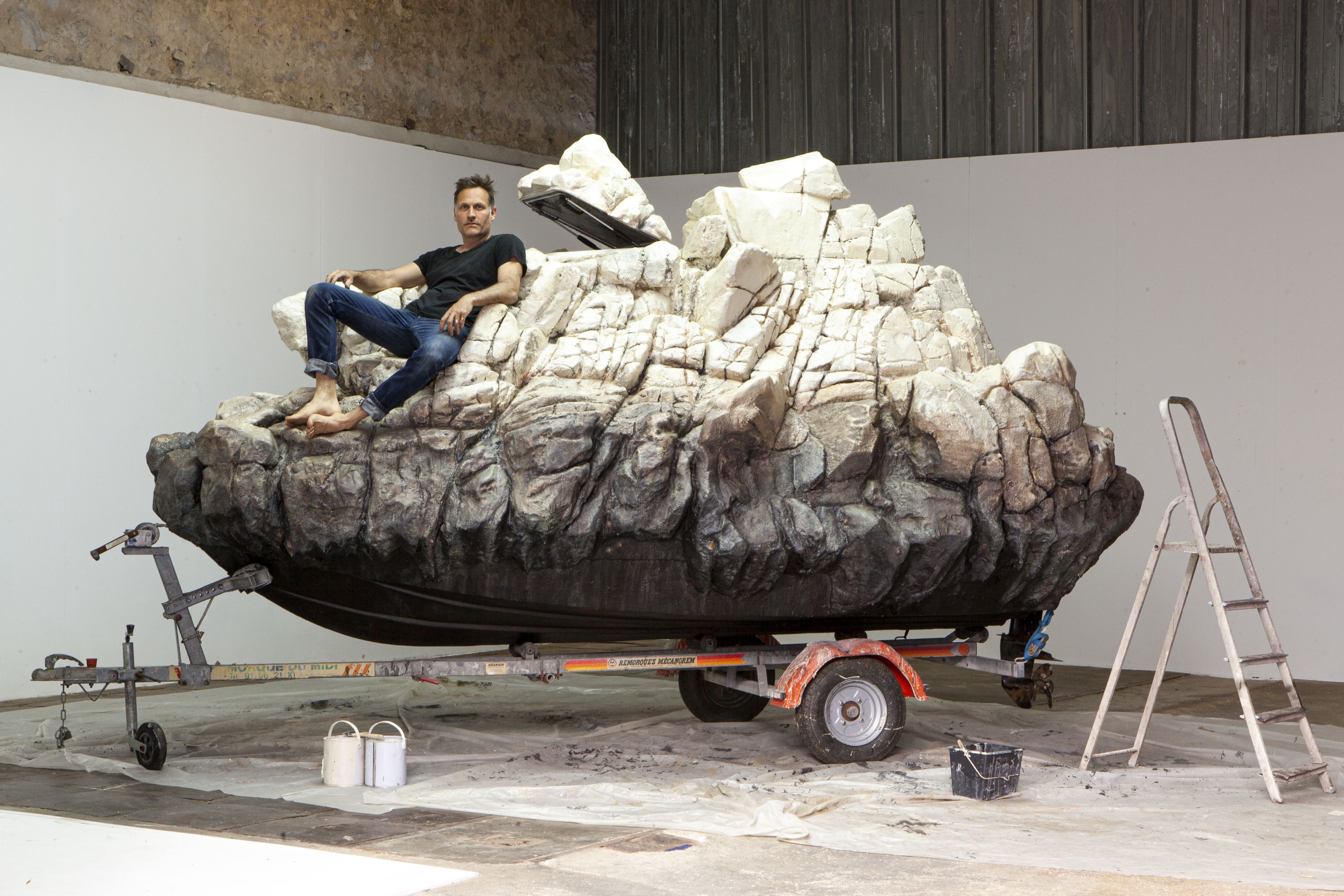 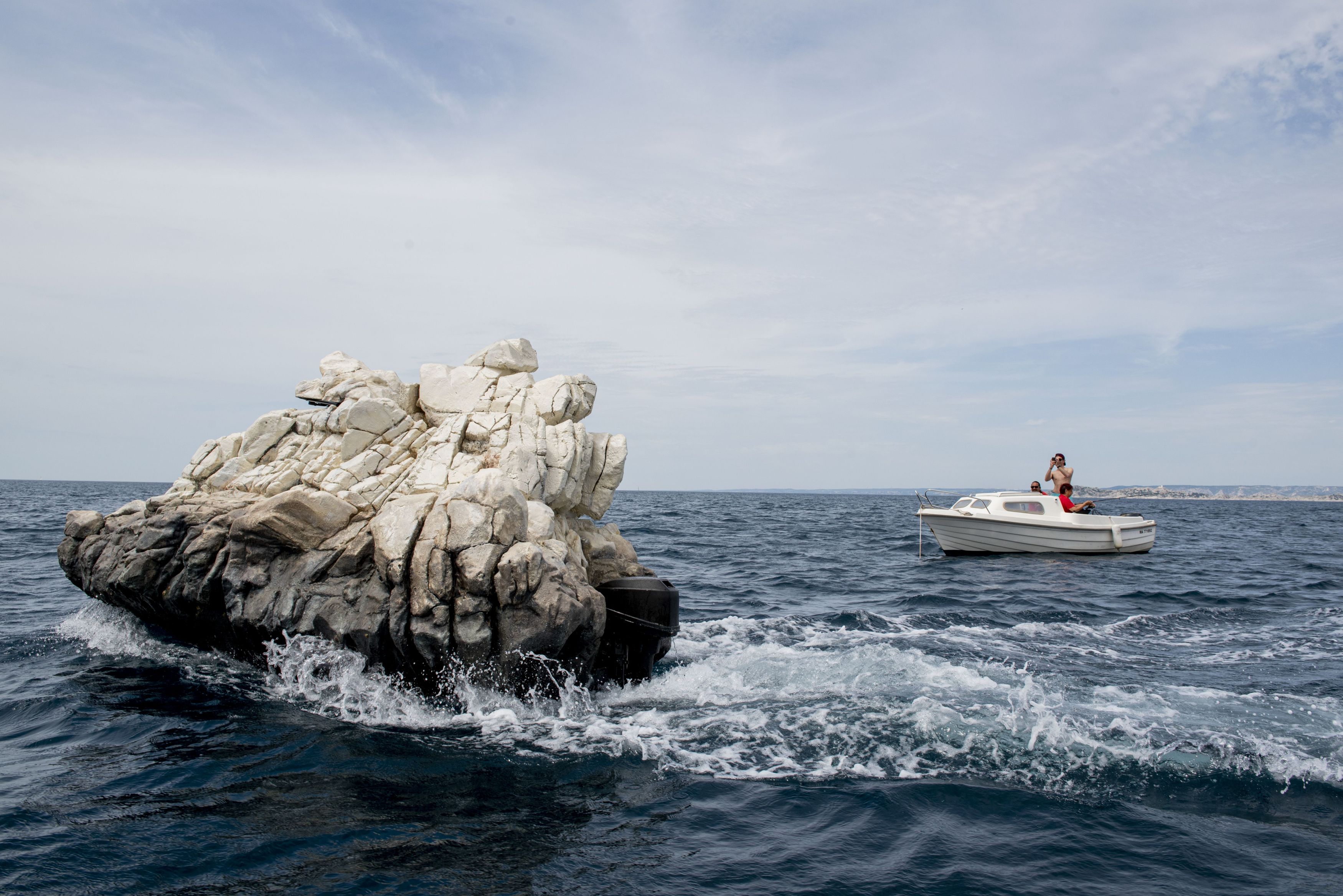 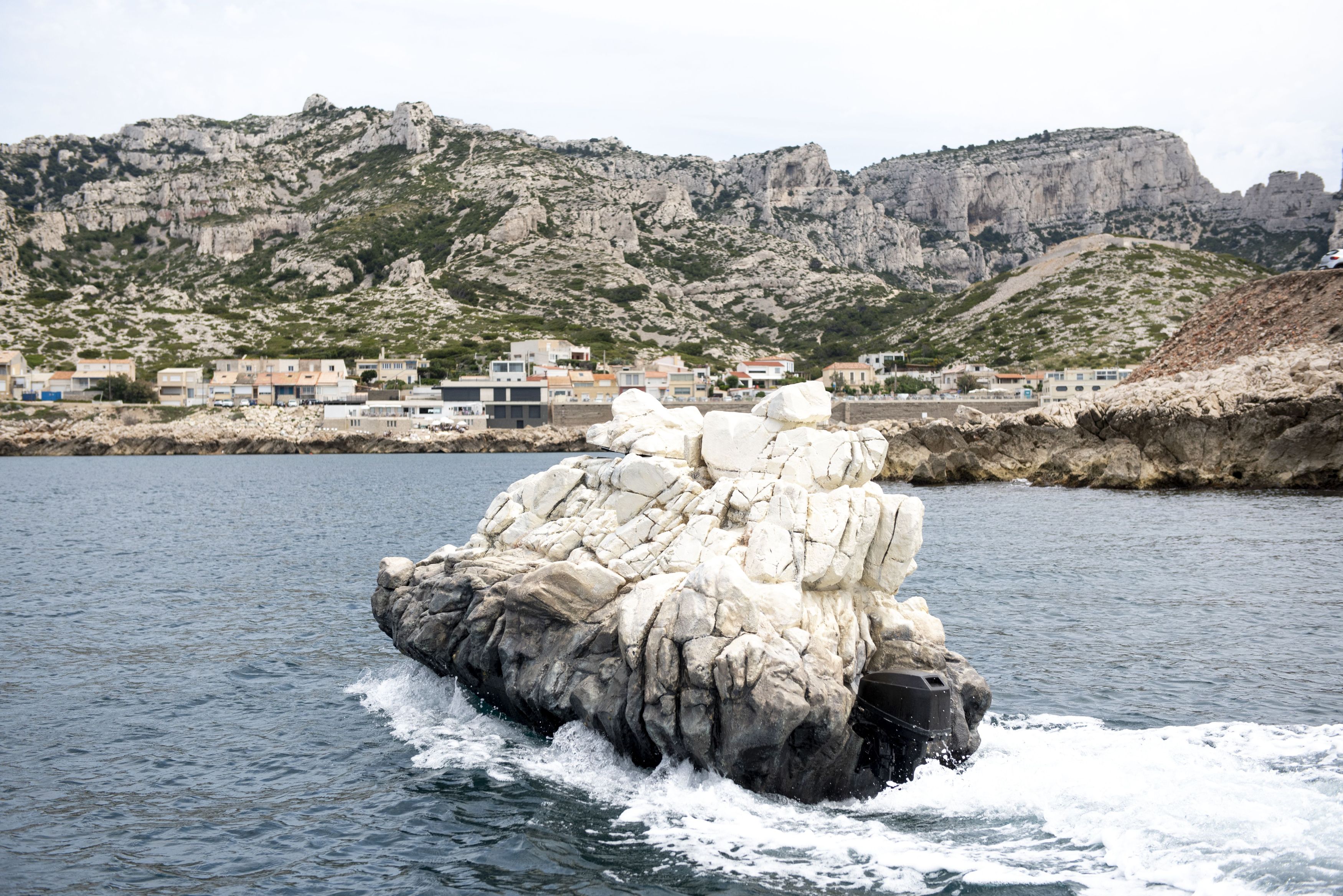