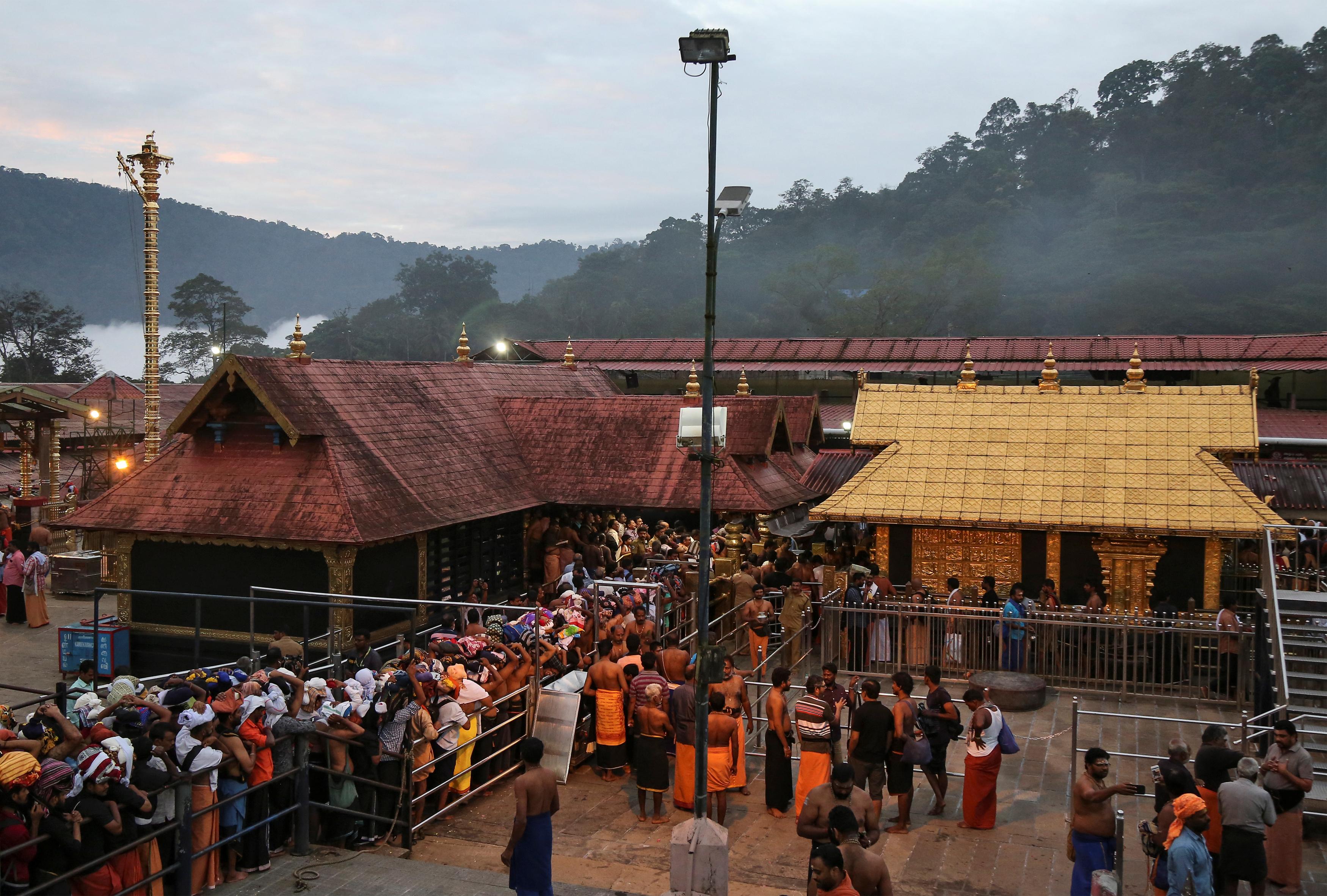 NEW DELHI (Reuters) – A board that oversees an ancient Hindu hill temple in southern India said on Wednesday it now favored allowing women of menstruating age to enter the temple, reversing its previous support for a centuries-old ban.

The Sabarimala temple has been the site of tension since India’s Supreme Court ruled in late September to end a ban on women and girls aged from 10-50 from entering.

The Travancore Devaswom Board, which administers the temple, had refused to abide by the court ruling and thousands of devotees have blocked attempts by women to visit the site.

On Wednesday, the board said it would now abide by the court ruling.

“After the Supreme Court judgment, we discussed a lot. We realize that we should respect the judgment of the court,” lawyer Rakesh Dwivedi told Reuters after a board hearing on the matter.

The temple in Kerala state pays homage to the celibate god Ayyappan and draws millions of worshippers each year. It is one of only a few in India which had barred entry to girls and women between the ages of 10 and 50.

After the Supreme Court ruling, Hindu groups physically blocked younger women from entering the temple, though a number managed to get in with help from police.