FEWER patients are attending hospital with Covid-19 despite the spread of the Indian variant, with the vaccine "breaking the chain" of transmission, one expert has claimed.

Around 133 patients are being admitted with Covid each day in the UK, at the peak in January – this was over 4,000 daily admissions.

Chief executive of NHS Providers Chris Hopson this morning said that the UK's vaccination programme is one of the key reasons as to why hospital admissions haven't been rising – despite a rise in cases of the Indian variant. 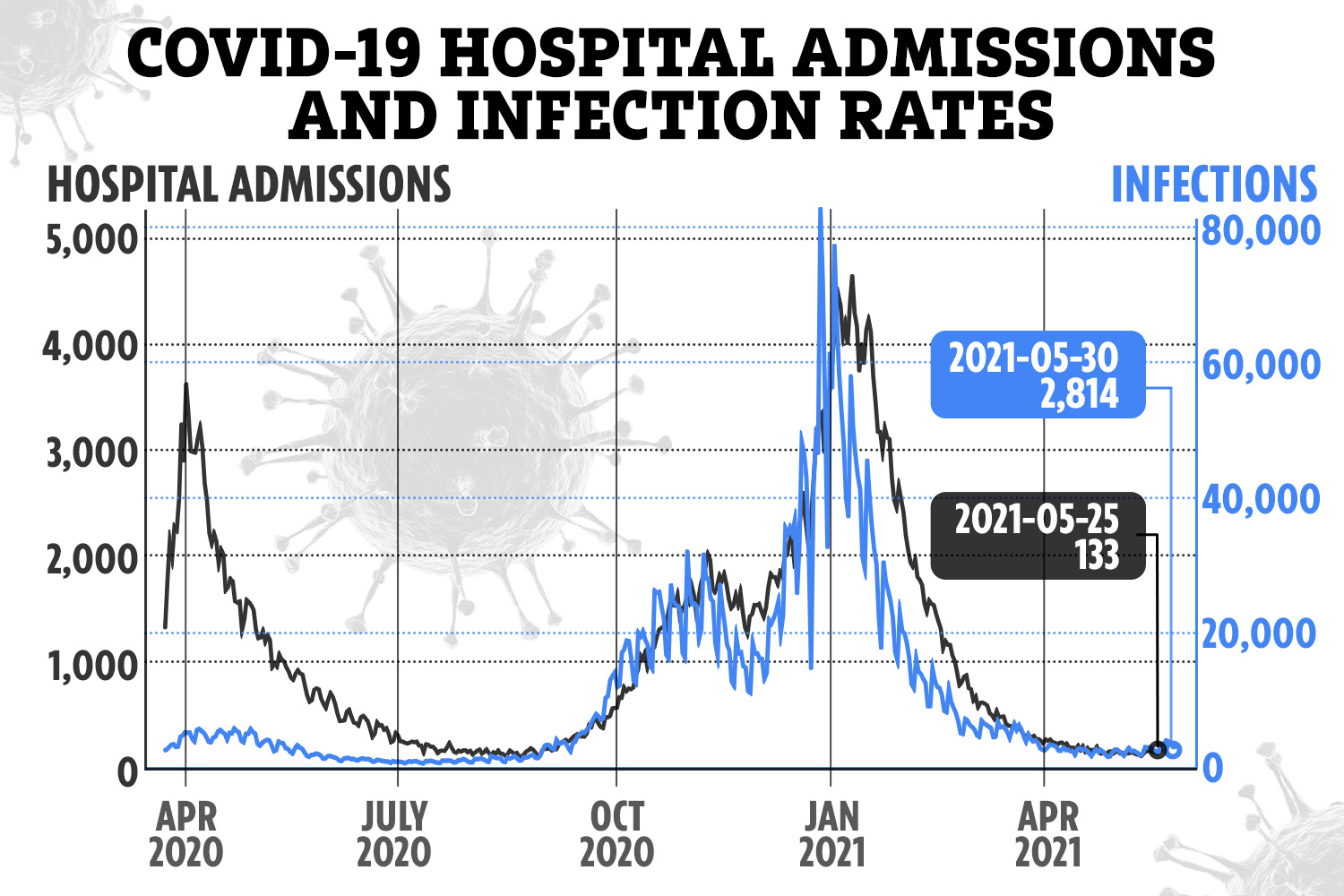 His comments raise hopes that the next set of restrictions will still be lifted on June 21.

Experts have also said that the country can't "scamper down a rabbit hole" each time new variants are discovered.

Sir John Bell, a leading member of the Oxford AstraZeneca vaccine team said the government needs to "move on" and continue with lockdown easing.

He told BBC Radio 4's Today Programme: "If we scamper down a rabbit hole every time we see a new variant, we're going to spend a long time huddled away".

So far over 39.4 million Brits have now received a first dose of a coronavirus vaccine with 25.7 million now having had a second.

Close to three-quarters of adults have now received their first Covid-19 vaccine, amid debate over ending restrictions.

Extra jabs have been rolled out in hotspot areas and the UK was also given an extra boost last week after the Johnson & Johnson jab was approved for use.

Asked this morning why we have lower hospital admissions, Mr Hopson said it was "all down to vaccines". 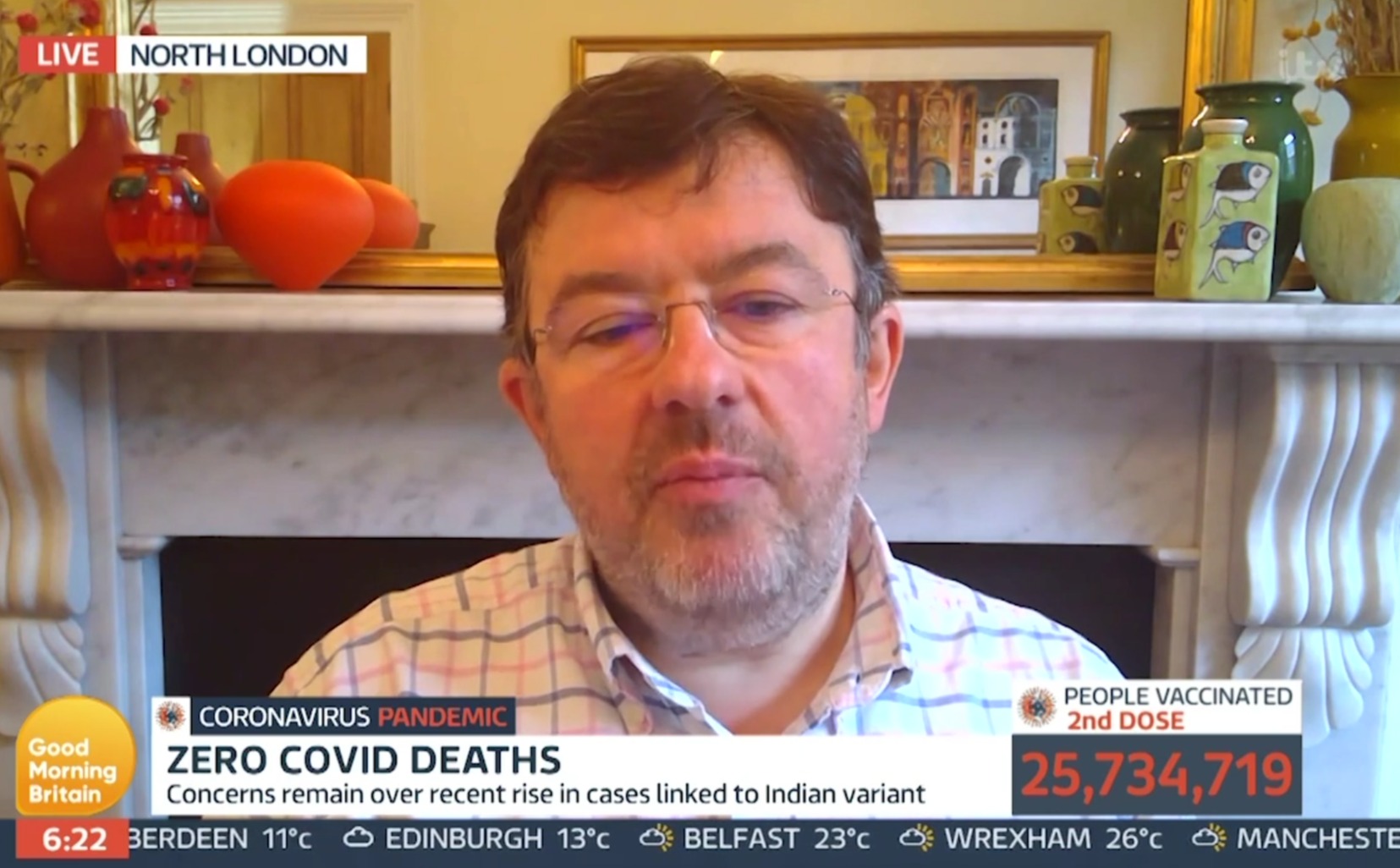 He said: "It's a fantastic success story and the NHS has been delighted to play a part in linking up with the scientists to develop vaccines and then ensuring that we get millions of those vaccinations into everyone's arms.

"Talking to executives that we work with in hospitals, they are really really clear that they are seeing much lower numbers of patients coming into hospital than they have seen in the previous waves.

"I was talking to the chief executive in Bolton last week, she said she had around 50 Covid inpatients over the last few days compared to 160 last November, about 140 last January.

"So we have broken the link – that's the good news".

Prime Minister Boris Johnson has consistently vowed that "data not dates" would be considered when it comes to lifting measures.

The most recent data from the government, up to May 25, shows that at present in the UK there are currently 870 patients in hospital with Covid-19.

When it comes to infection rates, daily around 1,365 people are testing positive for Covid in the UK.

In January over 40,000 people a-day were testing positive for the virus.

Deaths were also surging and in one five day period, the UK recorded over a 1,000 deaths each day.

Yesterday the UK reported no new coronavirus deaths for the first time since the pandemic began.

It is the first time no daily deaths have been announced in any of the four nations by the government since before the pandemic began.

There was a day in July last year when zero deaths were reported but this was added to the official Covid database retrospectively after they changed their data to within 28 days of a positive test.

Despite these positive figures, Mr Hopson said there is "always a but".

He added: "This variant, the Delta variant that we know originated in India, it is very transmissible, and we also know that there are plenty of people that we need to double vaccinate.

"There are swings and round abouts here. There is some good news, but there is also still some risk".

He said that there is a lag in data – which is why some experts have said that it would be "great to have" another couple of weeks worth of data before restrictions are lifted again.

"The interesting issue in places like Bolton, the public health people there have said they have got over the peak of community infection rates. 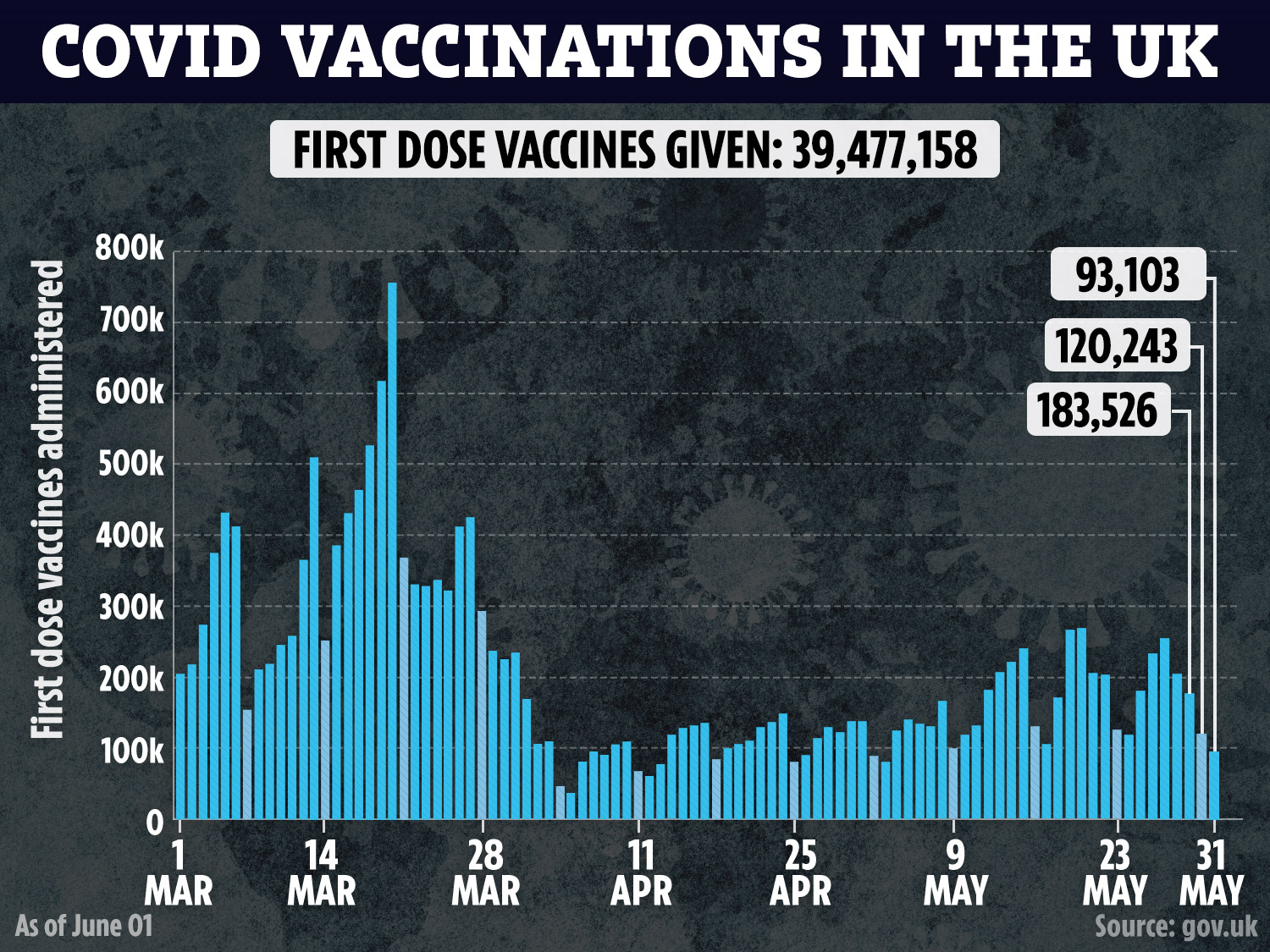 "There is an expectation, especially in places like Bolton and Blackburn, they have now gone through this cycle of having these rapidly increasing community infections and coming back down the other side", Hopson said.

He added that of the people who are being hospitalised – very little have been vaccinated which proves how effective vaccines are.

"People are coming in tend to be much younger which is why you are seeing lower levels of death rates.

"It's a sign that people coming into hospital are less ill and they don't have to go into critical care", he said.