DRAMATIC footage shows the moment a man was doused in flammable liquid and set on fire during the Hong Kong protests.

The video on Twitter showed a middle-aged man shouting: "you are not Chinese" at a group of protesters before being set alight. 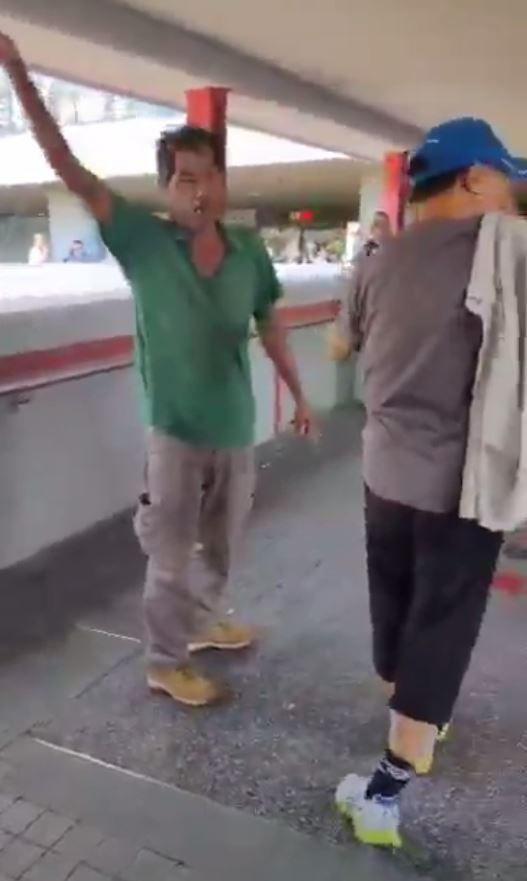 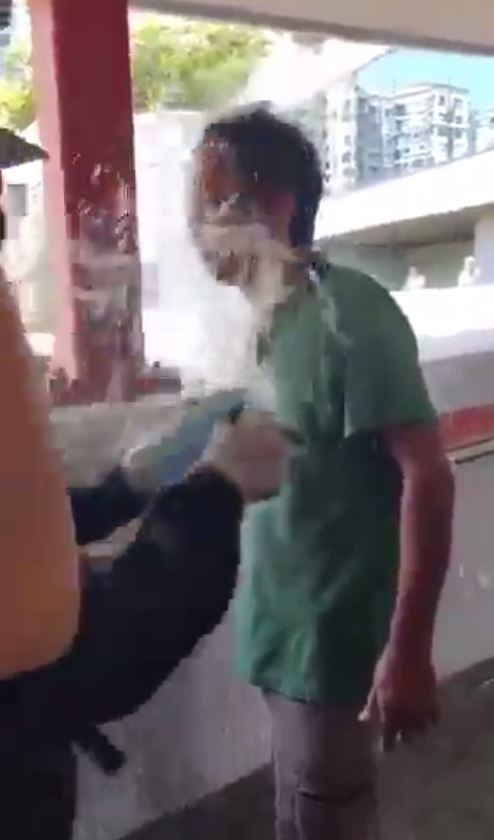 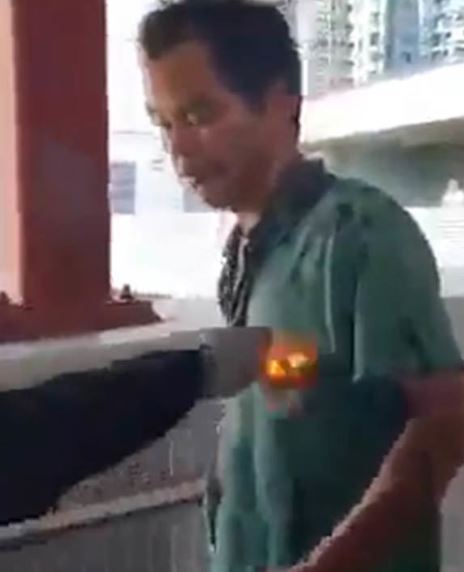 He was already injured with cuts to his face as he began feuding with demonstrators on Ma On Shan Plaza yesterday.

As he became surrounded by people filming his fury, someone from the crowd threw petrol over his face and torso and then held a lighter to his top.

Within seconds the man's whole body and the floor around him went up in flames.

He staggered away from the group, desperately trying to free himself from the flames, pulling his shirt off before collapsing to the ground.

The man is currently in a critical condition in hospital after suffering severe burns.

Hours after the fire attack, Hong Kong's leader, Carrie Lam said that the protestors were "relentlessly destroying society" and that they are now the "people's enemy".

She said she wanted to tell protesters they "will not succeed in securing their demands", and appealed to everyone in the city to "stay calm" and refrain from taking part in any illegal activities.

This comes as a masked man was shot at close range by a traffic police officer in Sai Wan Ho this morning following a 24 hour straight weekend of protests.

In the clip, the officer can be seen grabbing one protester before a second masked demonstrator in black approaches the scuffle.

The officer then raises his gun to the second person, who appears to try and wave or slap the gun out of the officer's hand.

Moments later, the policeman opens fire at the approaching man, shooting him in the torso and causing him to fall to the floor.

Shrieks can be heard as soon as the first shot is fired – and as more demonstrators rush towards the officer, another two shots can be heard.

The person initially grabbed by the officer manages to break free, but another individual was taken to the ground when shots were fired.

A pool of blood was seen spilling out on the floor next to the first man who was shot.

By the end the footage, both men are detained on the ground, with the second man seen conscious and talking.

The first demonstrator to be shot, however, appeared limp with his eyes closed. 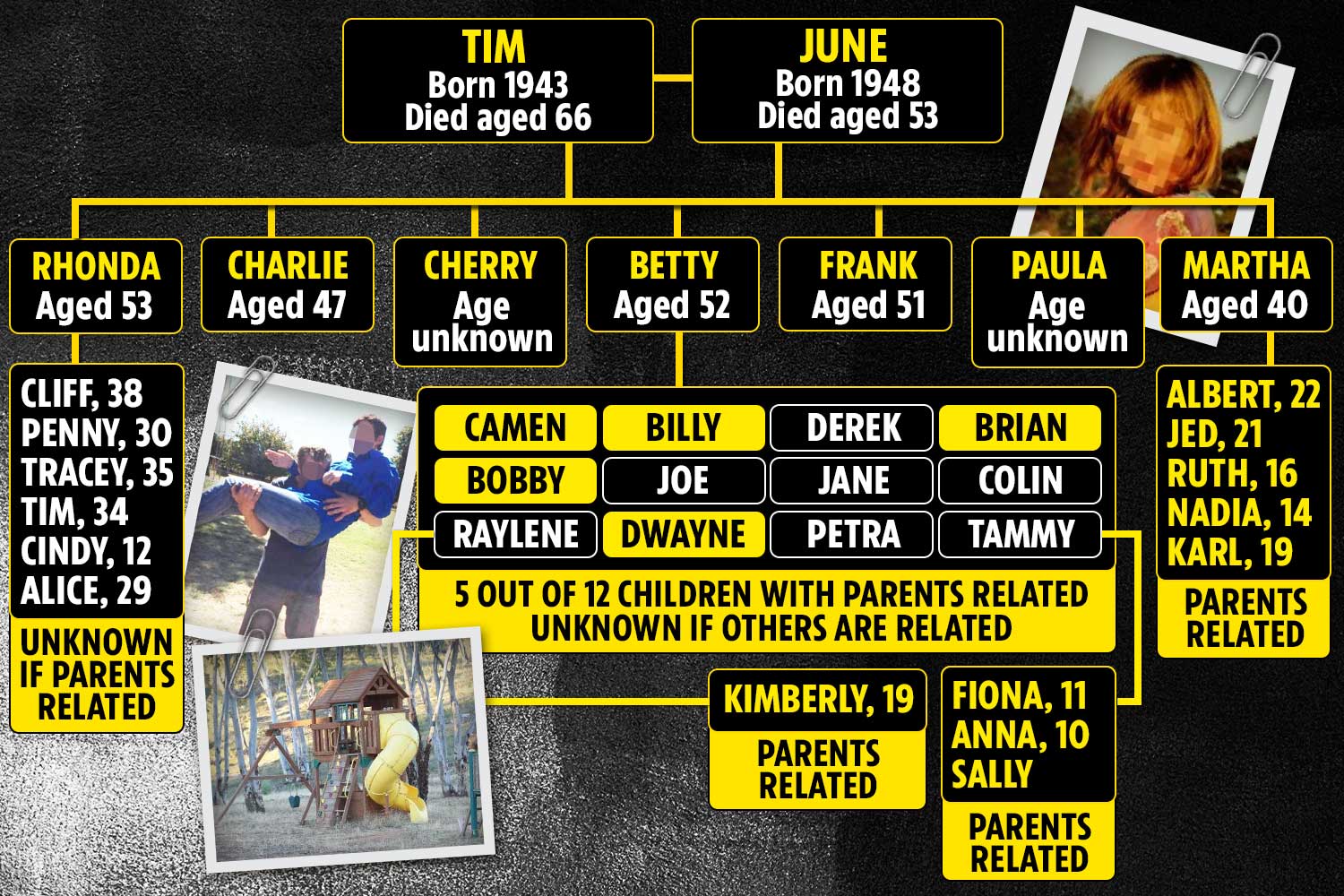 According to reports, the injured masked protester is believed to be 21 years old and was taken to a hospital and is "under assessment".

A police source, speaking on condition of anonymity, confirmed to AFP that live rounds were fired at more than one protester in Sai Wan Ho. 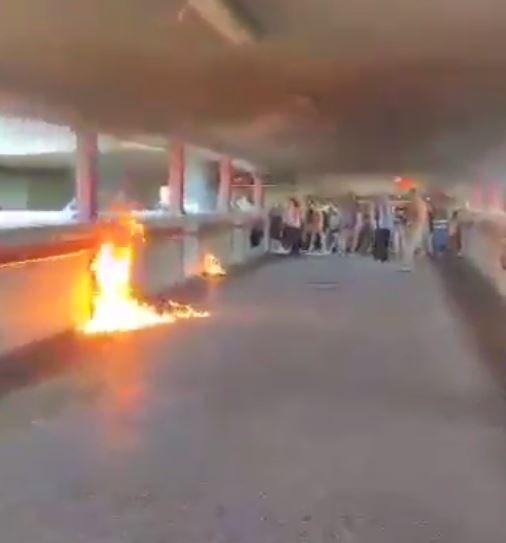 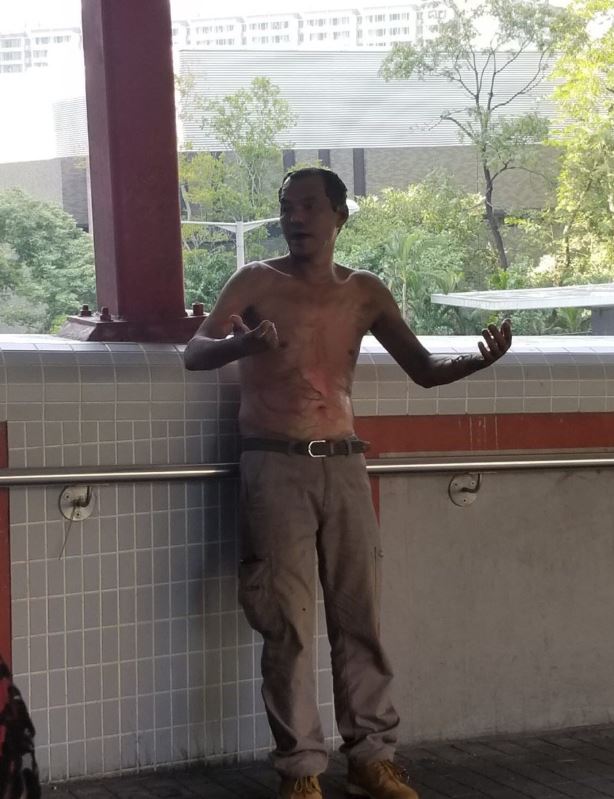 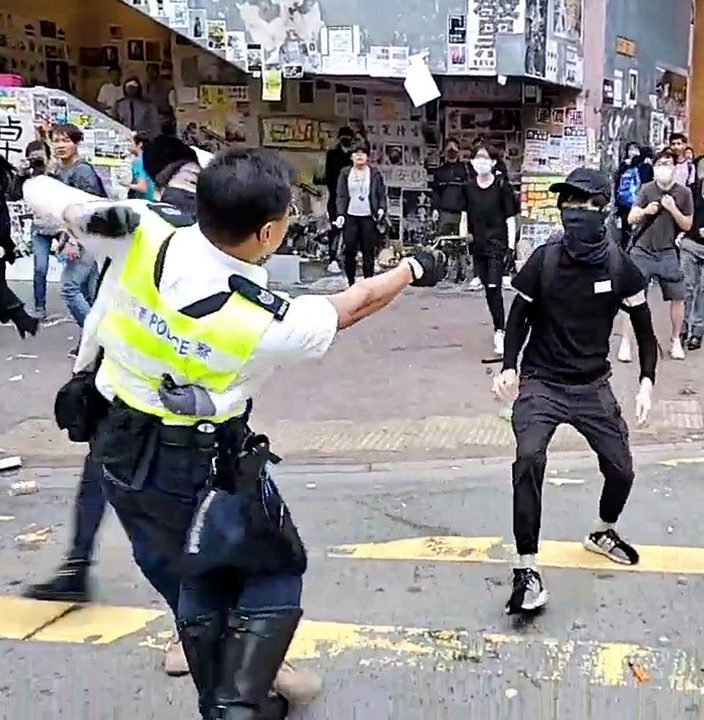 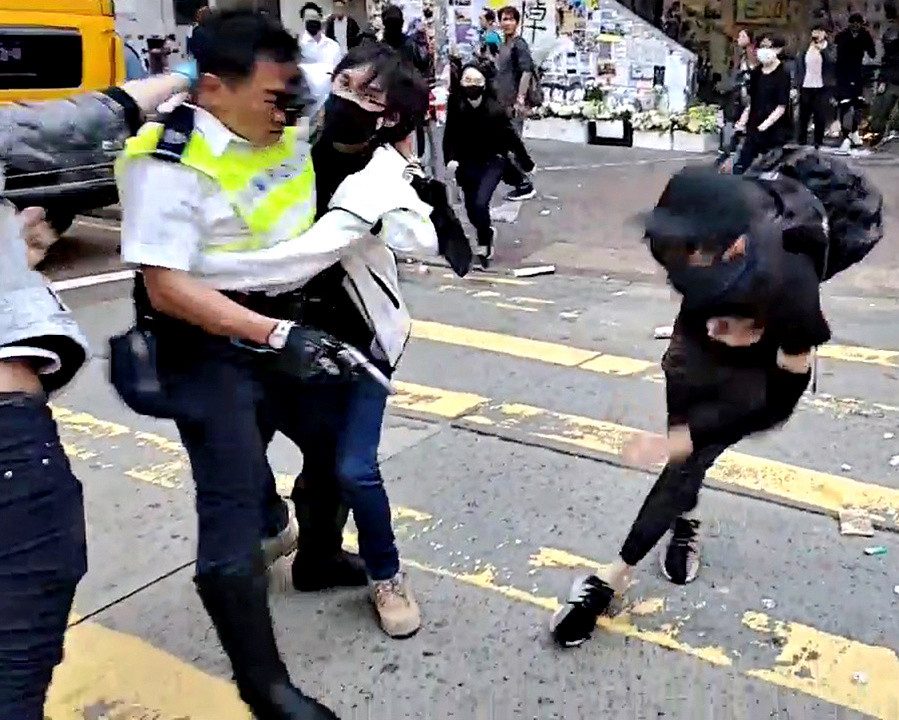