The woman who lived near to where the protests were taking place in the southern French city was hit as she was closing the shutters on a window. 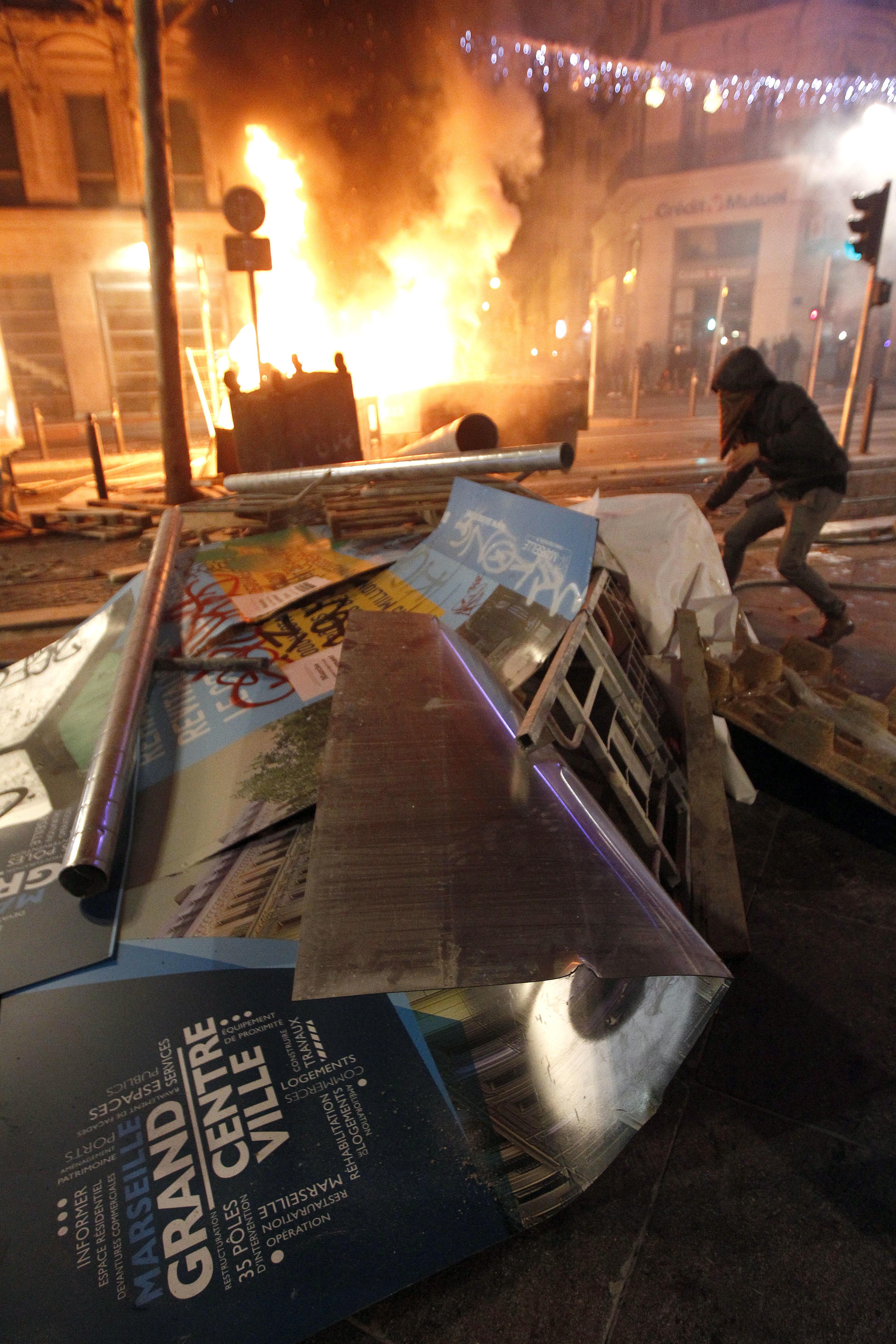 She was rushed to hospital but died during an operation after suffering shock.

Her death brings the number of people who have died during the disturbances to four, according to French police.

The French Interior Ministry claims around 136,000 people took part in the protests across the country on Sunday which descended in to what has been described as the worst riots in Paris since the disturbances in 1968.

The protesters, known as “gilets jaunes” (yellow vests), have been demonstrating against a step rise in fuel taxes. 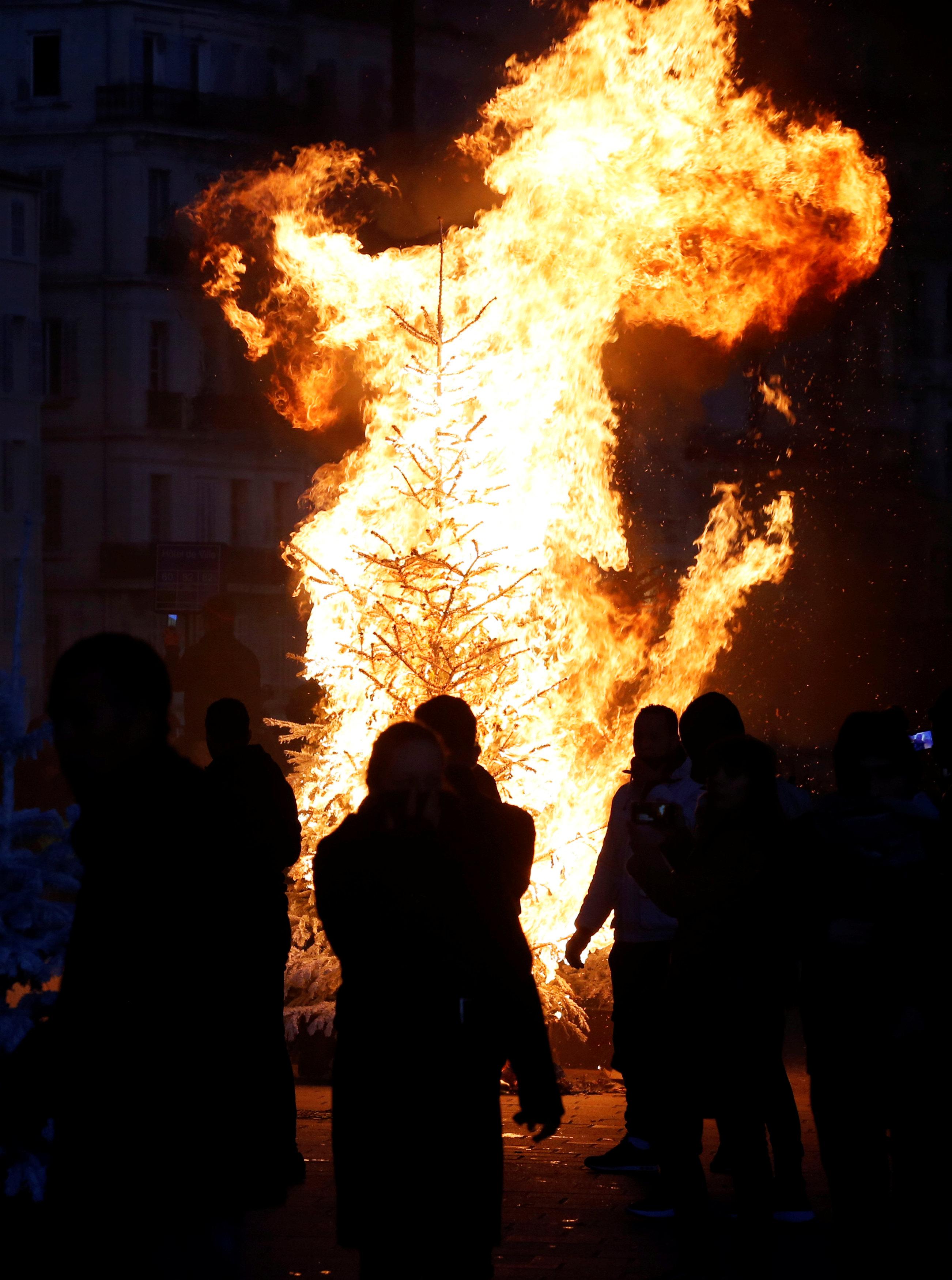 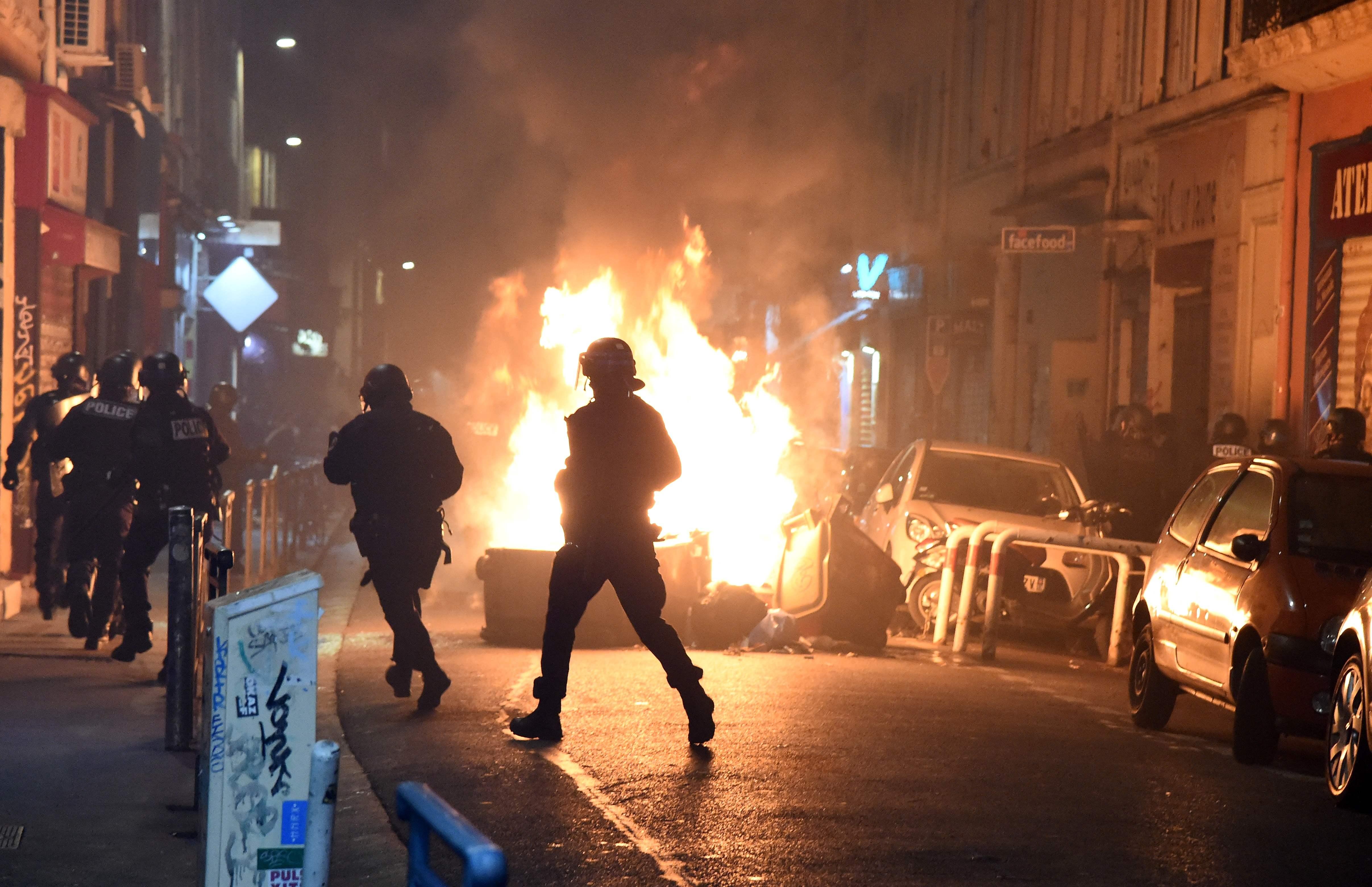 A spokesman for the protesters, Christophe Chalencon called for the government under President Emmanuel Macron to resign and a “true commander, like General de Villiers” to be appointed.

Chalencon was referring to Gen Pierre de Villiers is a former head of the French armed forces who resigned after clashing with Macron over budget cuts.

While the overall number of tear-gas canisters fired by the riot police, the CRS, is unknown one  commander, Jessy Castane, told Le Figaro, his company alone had fired more than 1,000 canisters. 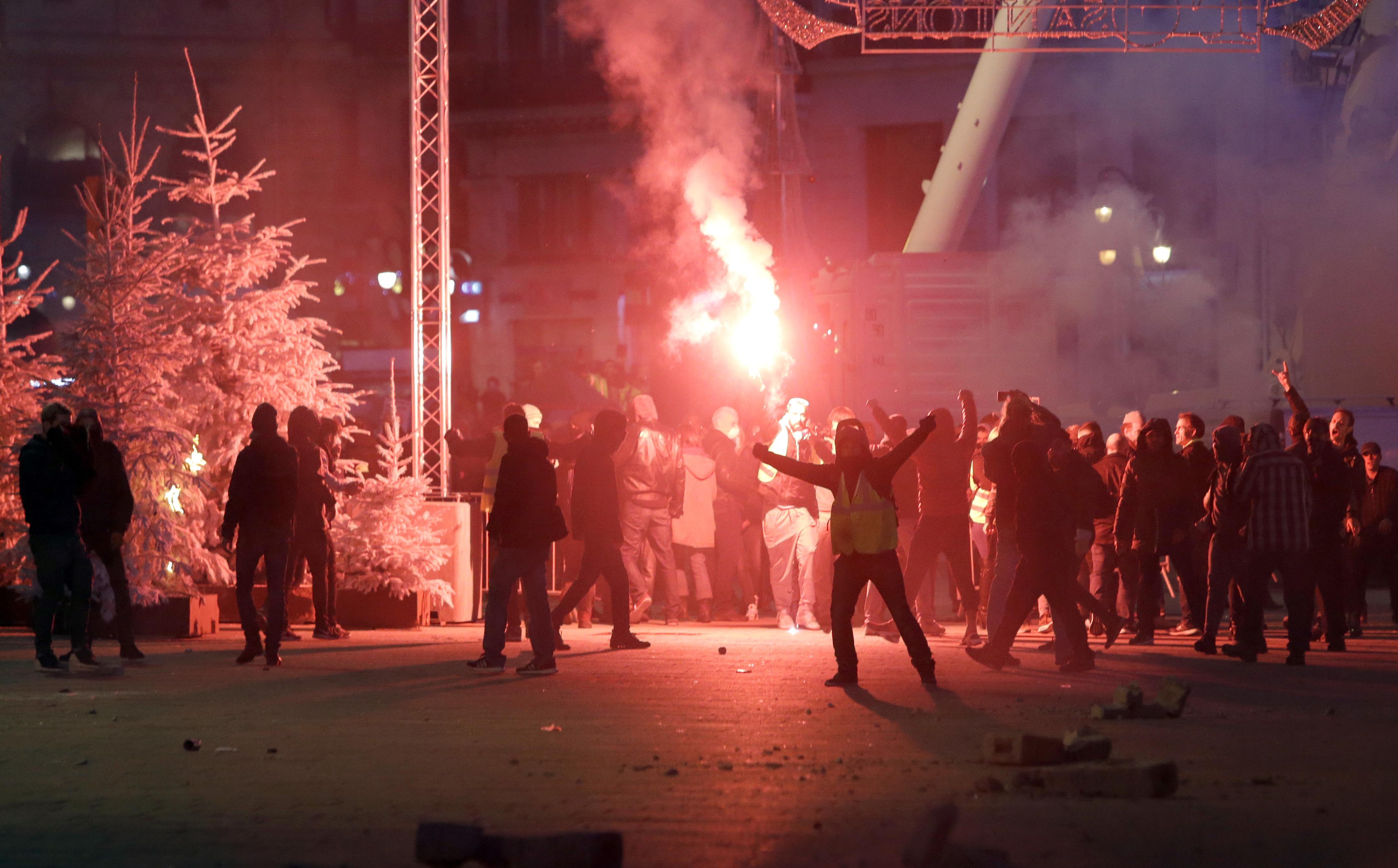 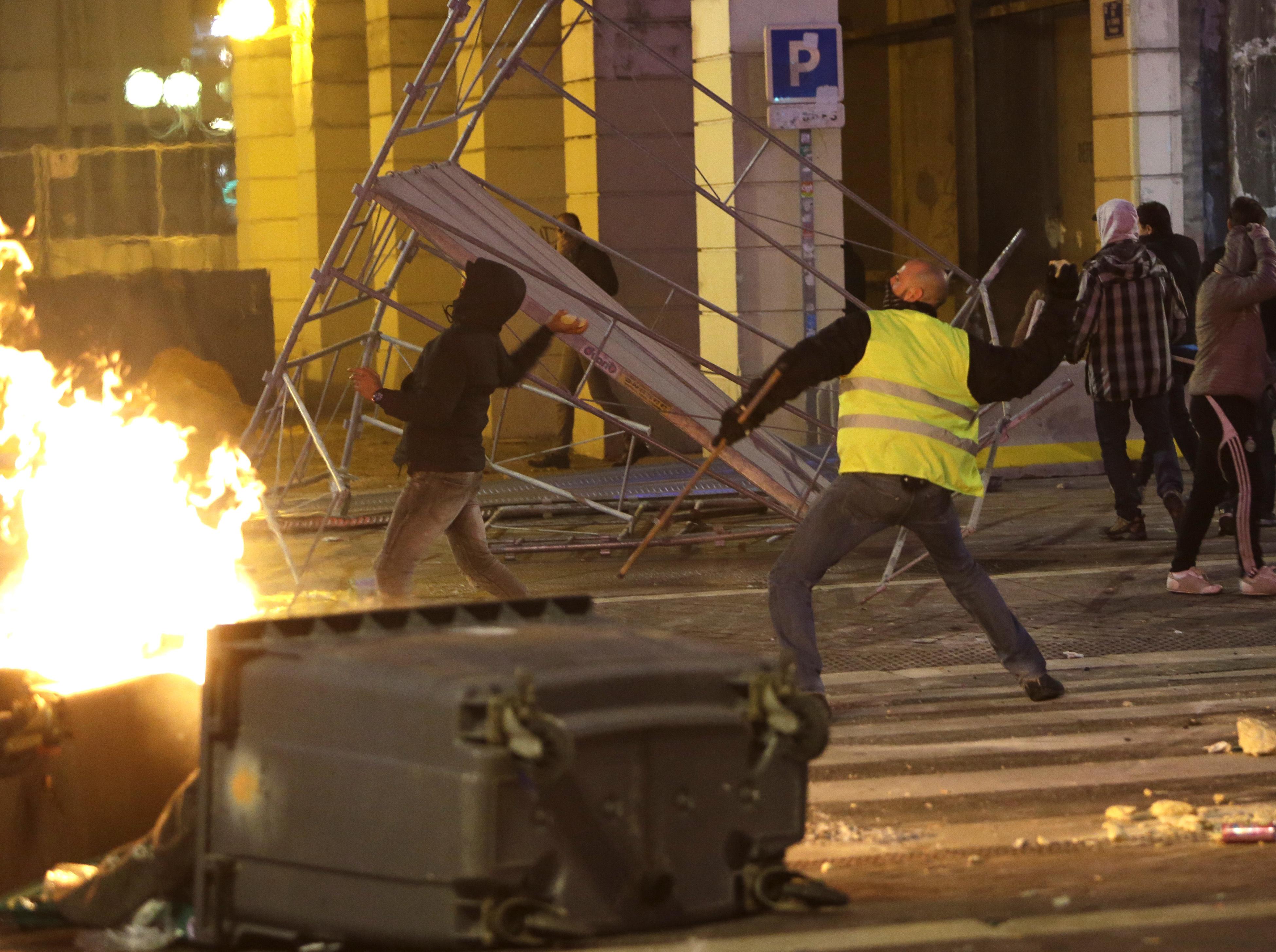 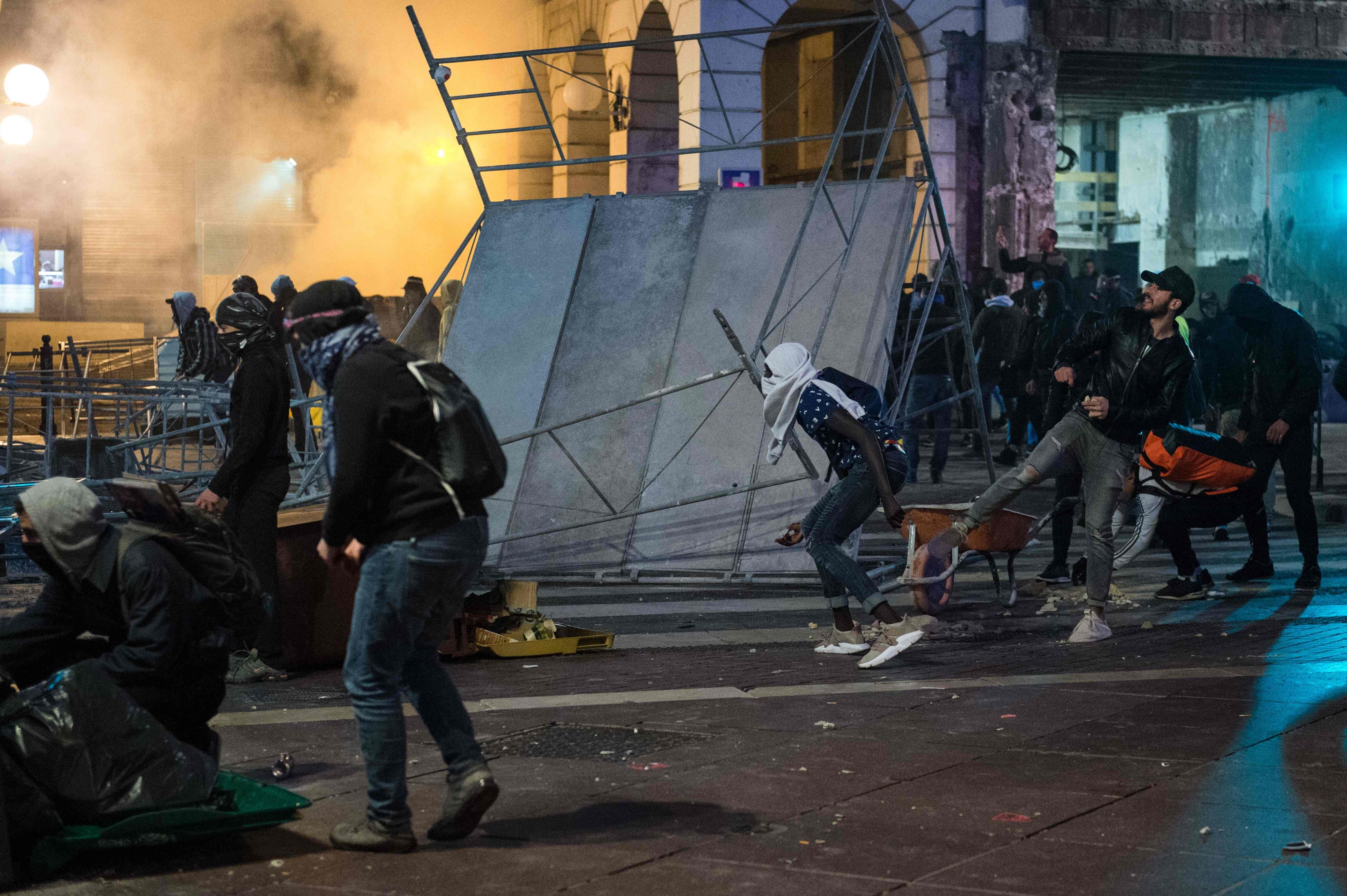 While most of the disturbances have been taking place in Paris other protests have also been held across the country with students now joining the yellow vest demonstrators.

A white Porsche was flipped over and set on fire outside a school in Aubervilliers, a suburb of Paris while an estimated 1,000 pupils demonstrated in Nice and another protest was held in Bordeaux.

Macron held an emergency security meeting on Monday in the wake of the weekend’s violence with the government facing calls to impose a state of emergency and call in the army.

Ministers said no options had been ruled out but added there had not been a discussion about the possibility of introducing the emergency measures to restore calm on the streets.

Earlier today Macron had a “long exchange” over lunch in a police station in eastern Paris with member of the CRS unts.

The Elysee Palace said the French leader also wanted to understand how they are coping and the difficulties they faced in handling one of the nation's worst episodes of unrest in recent times.

Saturday's demonstration against increased taxes and living costs devolved into France's worst urban riot in a decade. More than 130 people were injured, including 23 police officers, and 412 people were arrested.