The BBC’s (false) prophet of doom: His wife supports Extinction Rebellion, his sister has been fined for protesting with Insulate Britain… No wonder insiders says their climate editor Justin Rowlatt is more ‘campaigner’ than reporter

Anyone who watched the BBC’s Panorama programme on November 3 last year without previously having taken an interest in climate change probably found themselves terrified.

That edition of the Beeb’s flagship documentary series, called Wild Weather: Our World Under Threat, began with the corporation’s climate editor, Justin Rowlatt, telling viewers: ‘The world is getting warmer and our weather is getting ever more unpredictable and dangerous. The death toll is rising around the world and the forecast is that worse is to come.’

Footage of terrible floods, storms, droughts and fires rolled on — with the clear implication that this had all been caused by man-made climate change.

‘It has been a year of extreme weather,’ Rowlatt went on. ‘We have been able to see the impact of climate change all around us.’

Now jump forward to last week, when it was reported that the BBC’s Executive Complaints Unit (ECU) had upheld complaints about two claims made in the programme. 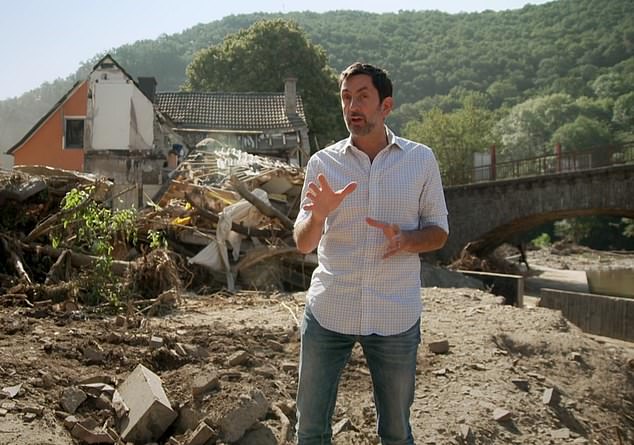 An edition of Wild Weather: Our World Under Threat, began with Justin Rowlatt (pictured), telling viewers: ‘The world is getting warmer and our weather is getting ever more unpredictable and dangerous’

First, it wasn’t true that the death toll from natural disasters is rising. In fact, the opposite is true.

According to ourworldindata.com, the number of deaths globally from natural disasters has tumbled each decade for the past century, apart from a small blip in the 2000s, from an average of 524,000 a year in the 1920s to just 45,000 in the 2010s — despite a booming global population.

The ECU also ruled that Rowlatt’s claim that southern Madagascar was ‘on the brink of the world’s first climate-induced famine’ was incorrect, as other factors were involved. 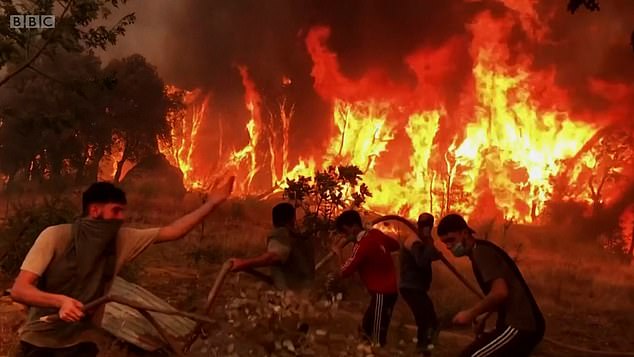 Footage of terrible floods, storms, droughts and fires rolled on — with the clear implication that this had all been caused by man-made climate change 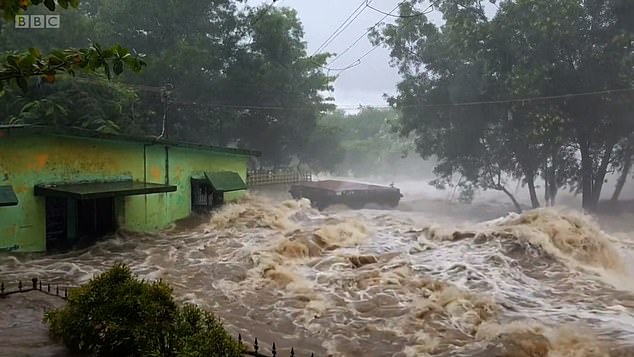 Although the ECU didn’t spell out these other factors, the UN has previously blamed last year’s famine partly on Covid restrictions, which prevented seasonal agricultural labourers from working as usual.

But this is not the first time BBC viewers have been misled by the Corporation’s climate editor.

Last December, the ECU had to clarify a claim made by Rowlatt that Britain’s offshore wind is ‘now virtually subsidy-free’.

As was clarified, such a claim may be true of recently installed turbines, but many older models were built under contracts which guarantee them subsidies for many years to come.

Some at the BBC, it seems, are losing patience with their climate editor. ‘The Justin Rowlatt stuff is grim,’ an unnamed BBC source told one newspaper this week. ‘These are not ‘mistakes’; he’s a campaigner.’ 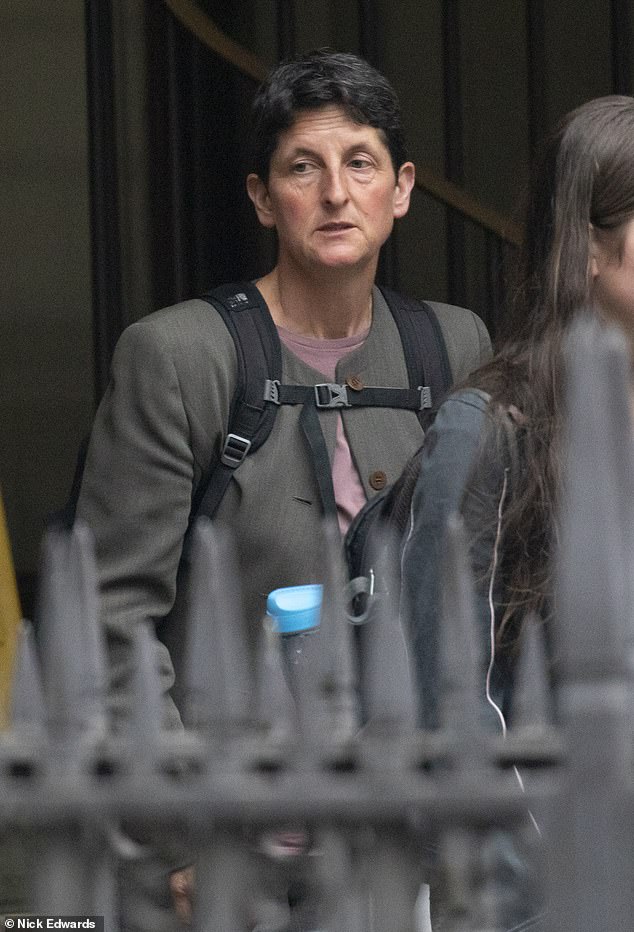 Climate campaigning certainly runs in his family. His wife, Bee, herself a former producer for the BBC World Service, has boasted on Twitter of joining Extinction Rebellion protests.

‘Best thing about #BlackFriday,’ she tweeted in 2018, ‘is Extinction Rebellion bringing Oxford [Street] to a halt.’

She has also supported a ‘justice’ fund which gives protesters access to legal advice.

Rowlatt’s sister Cordelia was fined for taking part in one of Insulate Britain’s dangerous protests on the M25 last year.

But what about Rowlatt himself? As a BBC journalist, he is supposed to maintain scrupulous impartiality at all times. Look through his output, however, and it is hard to argue that he is even trying.

Two days before his Panorama programme in November, Rowlatt shocked viewers with a hysterical interview with Boris Johnson at the COP26 summit in Glasgow. He accused the Prime Minister of looking ‘a little bit weaselly’.

At no point did he seek to explore the complexities of the issue. Nor, by constantly interrupting, did he give the PM a chance to respond.

In fact, the proposed mine in Cumbria to which he was referring would not produce coal for burning in power stations, but mainly coking coal for the steel industry, which as yet cannot produce steel commercially without it.

Rowlatt’s Twitter feed is also revealing. In March, he retweeted an activist who asserted: ‘The stable climate structure of the past is breaking down. Time for everyone to start to grow food and learn what’s ahead.’

Rowlatt has tweeted, too, about the doomsday film Don’t Look Up — in which a U.S. president dismisses warnings of a meteorite heading for Earth — describing it as ‘a superb parody of our approach to [climate] change’.

In January, a study by the Office for National Statistics found that from 2001 to 2020 there was an average decrease of 27,755 climate-related deaths a year, with a small rise in heat-related deaths offset by a far larger fall in cold-related deaths due to milder winters.

Rowlatt provided an ‘analysis’ of the study on the BBC’s website, in which he suddenly discovered a scepticism he rarely shows over claims on the climate. Questioning the study, he wrote: ‘Statistics can be slippery.’

But is Rowlatt the problem? Or is there a wider issue at the BBC?

There was a time when the Beeb was committed to presenting both side of the argument.

But that seemed to stop abruptly in 2018, following a ruling by broadcast regulator Ofcom that the BBC’s flagship radio programme, Today, had failed properly to challenge former Chancellor of the Exchequer Lord Lawson over his criticisms of claims made by U.S. presidential candidate Al Gore, who made the Oscar-winning documentary about climate change, An Inconvenient Truth.

The BBC’s then director of news and current affairs, Fran Unsworth, sent staff a memo demanding that interviewees who were sceptical about man-made climate change were no longer to be invited regularly.

‘To achieve impartiality, you do not need to include outright deniers of climate change in BBC coverage, in the same way as you would not have someone denying that Manchester United won 2-0 last Saturday. The referee has spoken,’ the memo blasted.

Last September, Insulate Britain activist Zoe Cohen told the BBC that climate change would lead to ‘the loss of all we cherish, our society, our way of life, law and order’, and that ‘our economy and our life is under threat’.

It was a hysterical claim that has no foundation in science, yet she remained unchallenged on her data. Unsworth’s instructions had clearly become the status quo.

As for the two erroneous claims made in Rowlatt’s Panorama programme, there were more that could have been picked apart.

After showing footage of last year’s floods in Germany and China, for instance, Rowlatt asserted that ‘these floods were not freak events. They are happening because global warming is throwing our weather patterns out of balance’.

Yet a report by the Intergovernmental Panel On Climate Change (IPCC) last August recorded that while rainfall over land is generally increasing, this hasn’t translated into a higher risk of flooding except in a few rivers.

Between 1961 and 2005, the maximum annual flow level increased in only 7 per cent of the world’s rivers, while there was a decrease in almost 12 per cent. 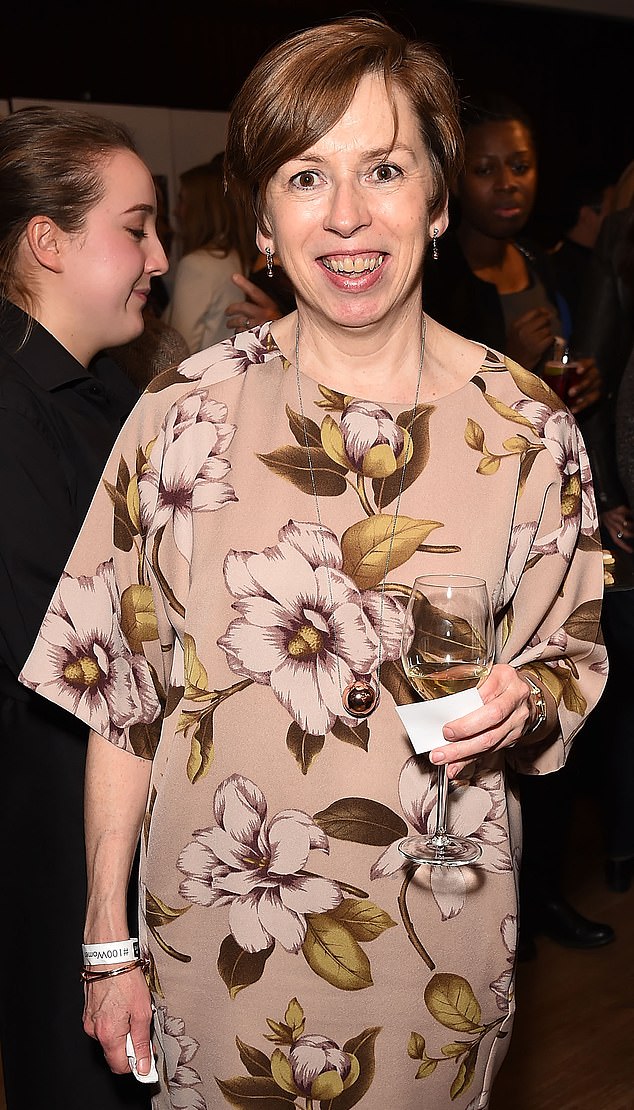 The BBC’s then director of news and current affairs, Fran Unsworth (pictured in 2015), sent staff a memo demanding that interviewees who were sceptical about man-made climate change were no longer to be invited regularly

On droughts, the IPCC report stated that there is no observable upward trend in their frequency and severity globally, apart from in a few regions of Africa and South America.

On tropical storms, there has been no increase in the number of hurricanes striking the U.S. Along parts of the Australian coastline, cyclone activity is at the lowest level it has been in at least the last 500 years.

And on extreme winds, it showed they were becoming less severe in mid to low latitudes, and only in latitudes above 60 degrees (which is where the Shetlands lie) are damaging winds becoming more common.

Not that you would guess any of this from watching Justin Rowlatt’s programming.

Of course climate change is a problem, but there is evidence to suggest it is not the apocalypse that Rowlatt and some of his BBC colleagues want us to believe.

And while this week’s revelations over Rowlatt’s impartiality are something of a scandal for our national broadcaster, perhaps more disgraceful are the paid-up executives who have enabled their climate editor to present us with such a warped view of their ‘truth’.