THE internet meme of a large naked man sitting on a bed accidentally made its way into FBI documents for a case against a Capitol rioter.

The image, which is known online as "wood sitting on a bed," was photoshopped into the background of a picture from the January 6 attack on the Capitol building – and later given to the FBI as evidence. 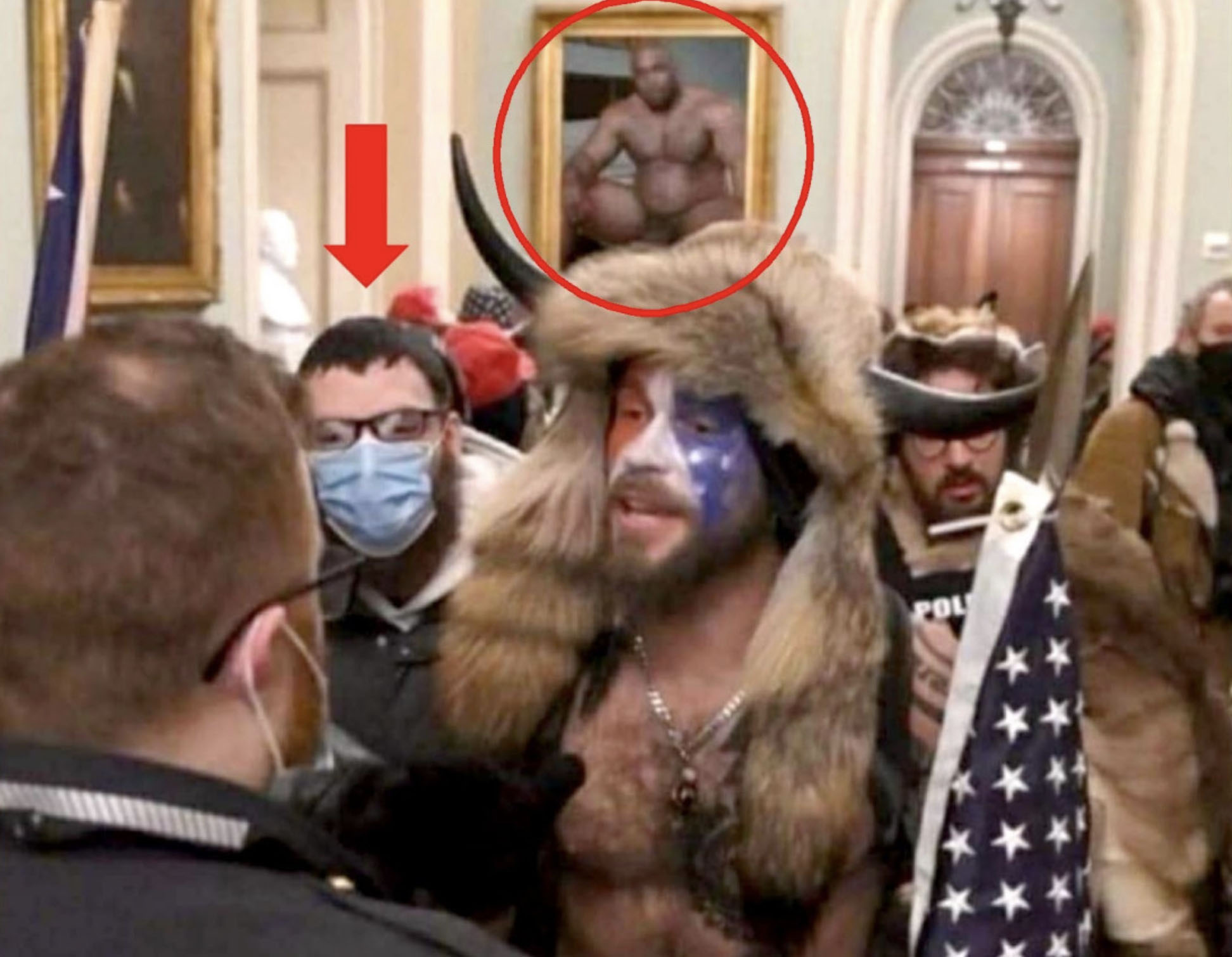 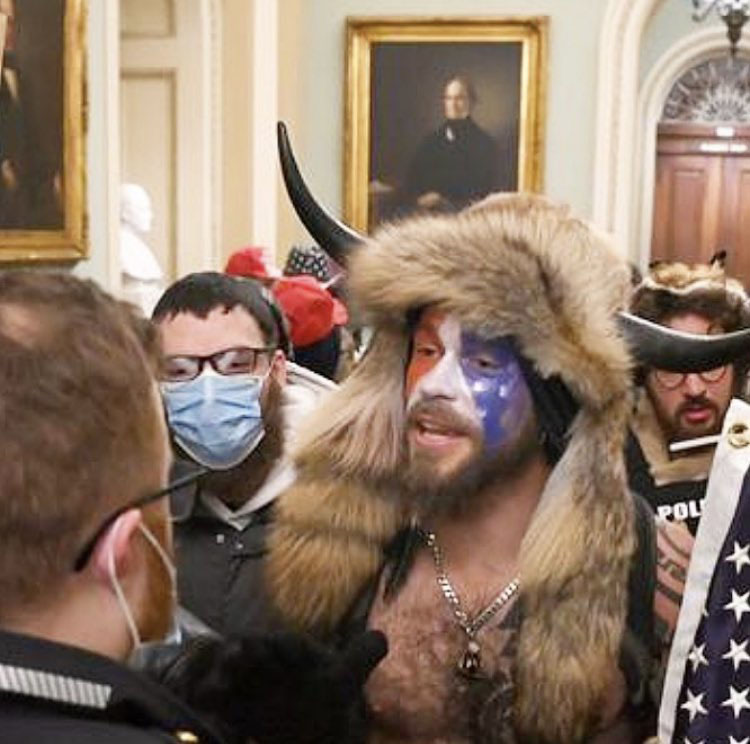 In the doctored image, the photo of Clay is replaced by the "wood" meme.

The image was given to the FBI for the case against McCreary, 33, who is seen in the photo wearing a blue surgical mask, according to The New York Post.

It somehow made its way into the federal complaint against McCreary, which was filed Wednesday. 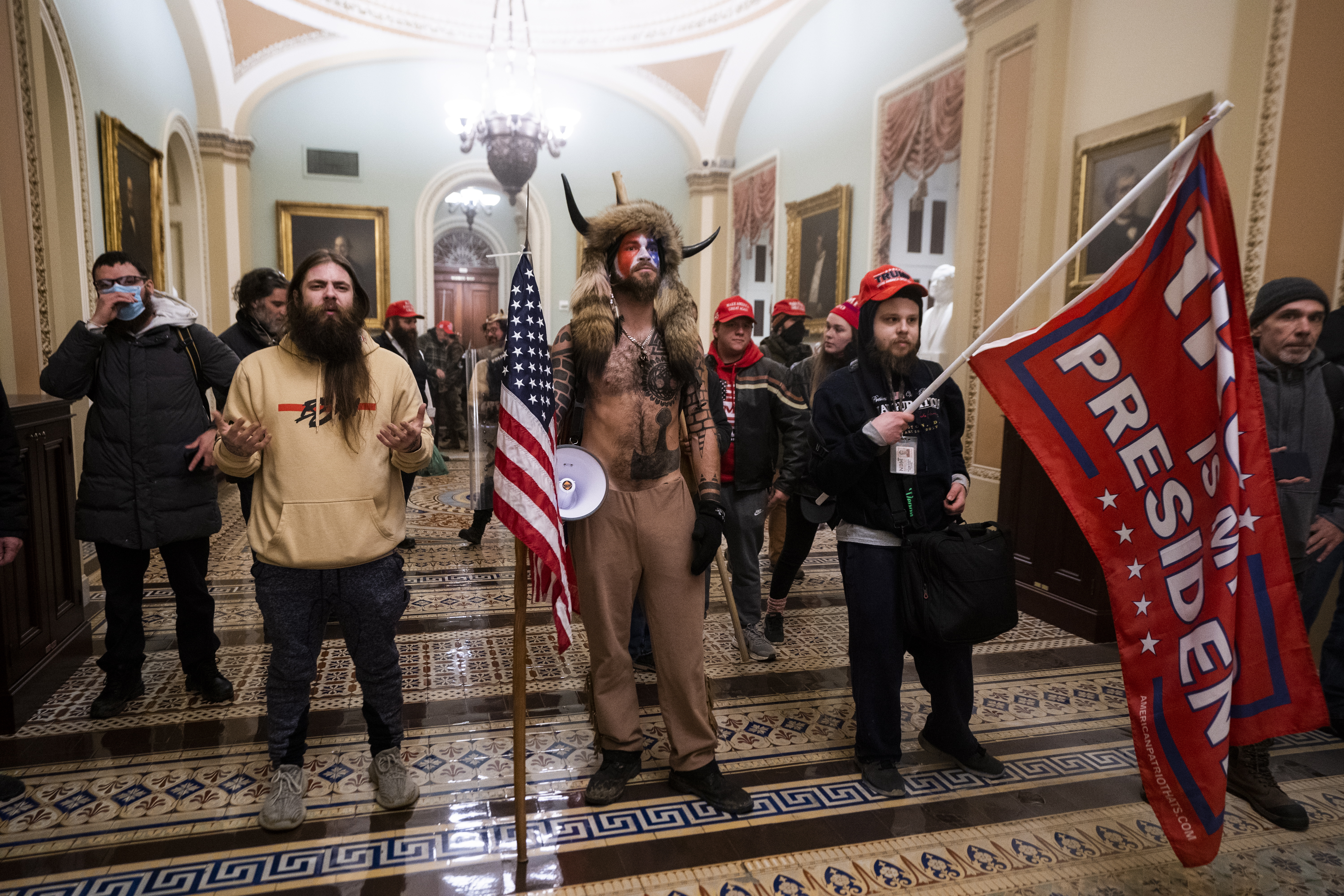 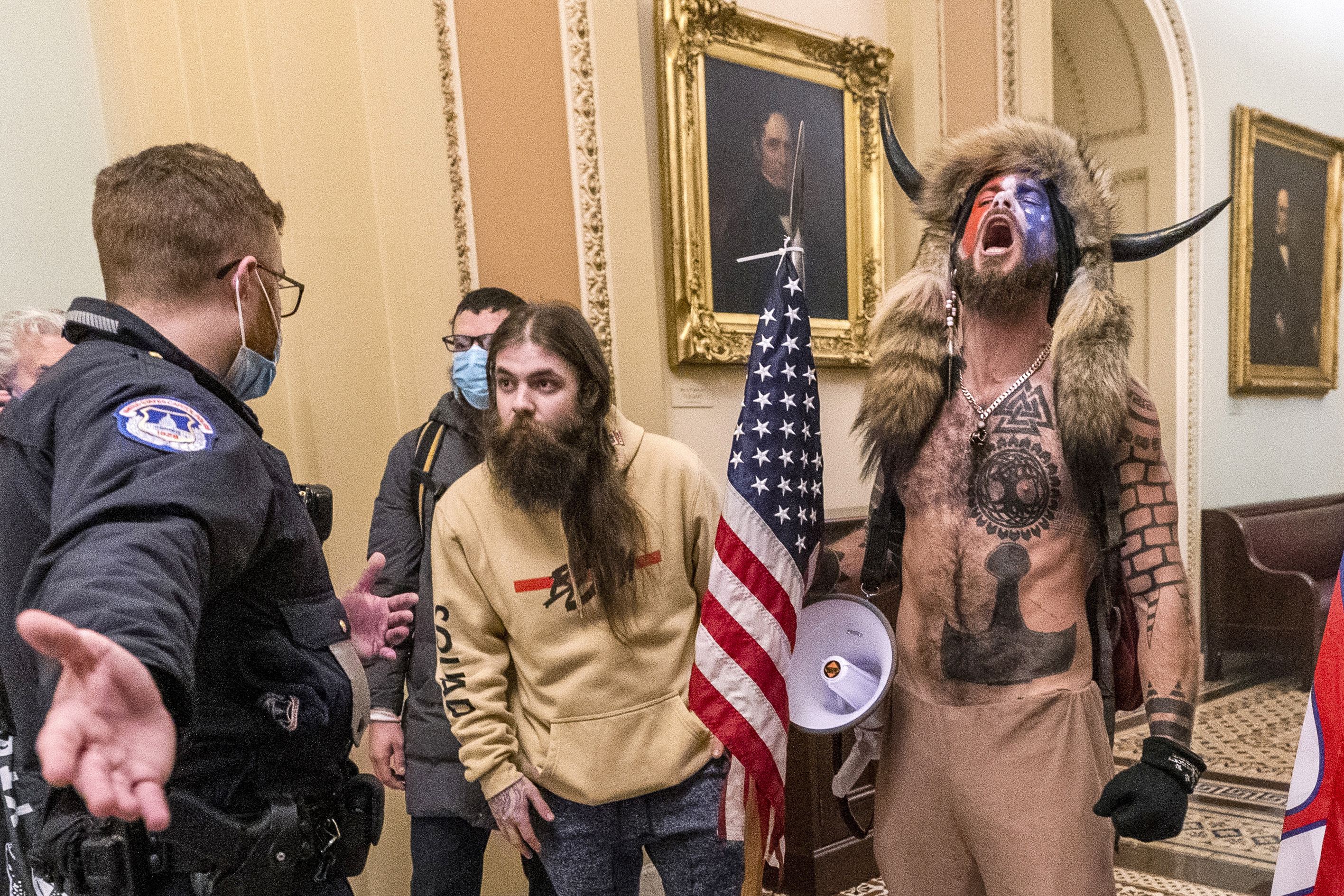 The meme became increasingly popular over the past year, and was regularly photoshopped into pics of unrelated events.

McCreary has been charged with two counts of illegal entry and three counts of violent entry and disorderly conduct on Capitol grounds, according to Boston.com.

The doctored image was reportedly handed over to the FBI by a co-worker of McCreary's who identified him in several photos from inside the Capitol.

Boston.com reported that McCreary reached out to the FBI himself shortly after the January 6 riots – when Donald Trump's supporters stormed to Capitol – but claimed he only entered the building to take photos and videos.

He allegedly tried to claim he was more of an observer, there to document the violence.

However, people who know McCreary reportedly told the FBI that he regularly expressed his political views at work – a Domino's Pizza in Massachusetts.

He believed the unfounded claims – perpetuated by Trump – that there was widespread fraud committed in the 2020 presidential election.

McCreary also allegedly told a co-worker that he "raided" the Capitol after returning from the event.

He is one of more than 100 rioters who have been booked in the weeks since the deadly riot, which left five people – including a Capitol police officer – dead.