IRA claimed they had dug Maze prison escape tunnel to keep inmates busy and off drugs and they would never have used it to flee, Irish state papers reveal

IRA commanders in the notorious Maze prison who oversaw an unused escape tunnel  have claimed it was ‘occupational therapy’ and they would have never have used it.

Irish state papers unsealed today revealed that when the illegal burrow was uncovered in 1997 they used the bizarre excuse.

Commanders in the jail  said they had allowed republican prisoners to become involved in planning and working on the tunnel.

But they said if it had ever been finished they would have forbidden it being used.

The leaders said digging it had been a ‘form of occupational therapy’ and had helped keep inmates off drugs.

The Maze, in County Down, was home to paramilitary prisoners during the Troubles that blighted Great Britain and Ireland until the Good Friday Agreement in 1998.

A member of the Northern Ireland Probation Board who spoke to republican inmates said: ‘The project would have had value as a form of occupational therapy to keep prisoners occupied and away from drugs.’ 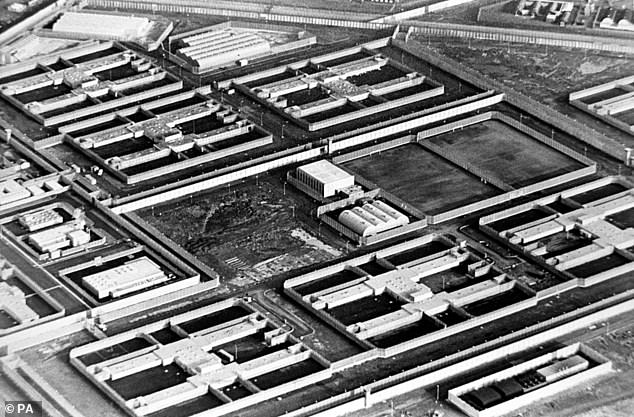 The Maze, in County Down, was home to paramilitary prisoners during the Troubles that blighted Great Britain and Ireland until the Good Friday Agreement in 1998 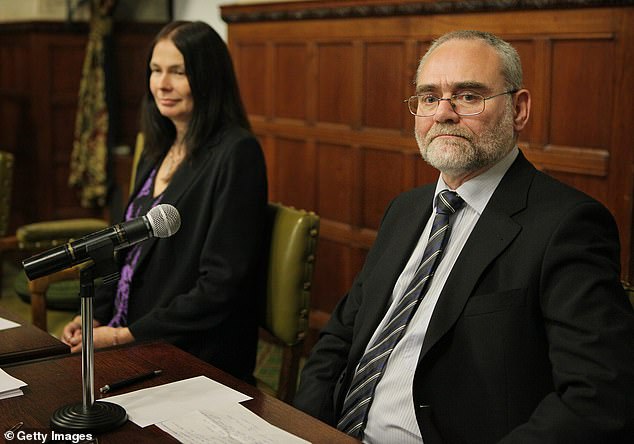 Brighton bomber and former Maze inmate Patrick Magee at a Forgiveness talk in Parliament on October 13, 2009 in London, England.

The Irish Times reported IRA command structure in the prison was supportive of the peace process and did not want the tunnel to succeed.

They were said to have feared it would allow ‘hard-line republican prisoners’ who opposed the peace process to escape.

The account of the incident is included in secret State papers dating from 1991 to 1998 which are now being made public in Dublin.

Seán Ó hUiginn, the head of the Anglo-Irish Secretariat in Belfast, described a conversation with Breidge Gadd of the Northern Ireland Probation Board in April 1997. 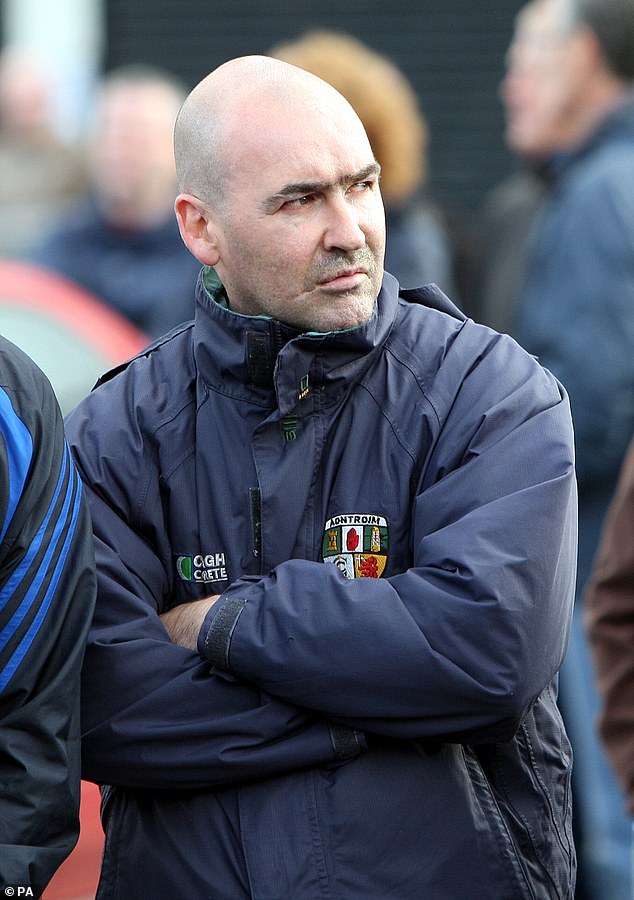 Sean Kelly, seen here in the Ardoyne area of north Belfast, had also been inside the Maze 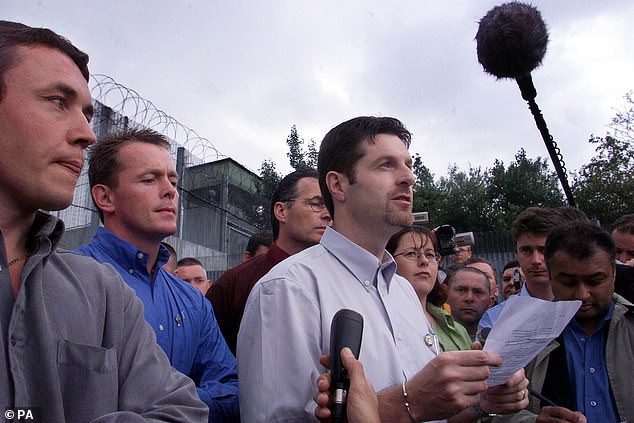 Jim McVeigh, with Michael Carraher, far left, and Brian Arthurs, left, outside the Maze prison in Northern Ireland, speaking to the press on their release

He wrote ‘Her understanding is that the work was approved by the Republican leadership in the Maze but that the latter, for various reasons, had no intention of allowing it to be completed.’

‘The Republican command, who support [Sinn Féin leader Gerry] Adams and the political wing of the movement, was worried about the involvement in the escape bid of a number of hard-line Republican prisoners who wish to see a full-scale return to IRA violence and who could have been expected to stir up trouble had they succeeded in escaping.’

He added that Ms Gadd told him the republican leadership in the prison always intended to intervene ‘to halt the escape attempt shortly before the tunnel was finished’.

‘They would also have been conscious, of course, of the propaganda value of even a failed escape bid.

‘Whether they tipped off the prison authorities or merely allowed some detail to attract the latter’s attention is unimportant. One way or another, they were going to abort the operation.’

How the Maze housed IRA prisoners during the Troubles

One of Britain’s most notorious prisons sat abandoned for years in Northern Ireland.

The Maze, in County Down, was home to paramilitary prisoners during the Troubles that blighted Great Britain and Ireland until the Good Friday Agreement in 1998.

The prison is well-known as the place where 10 Irish Republicans starved themselves to death during a hunger strike to protest for re-establishment of their political status. 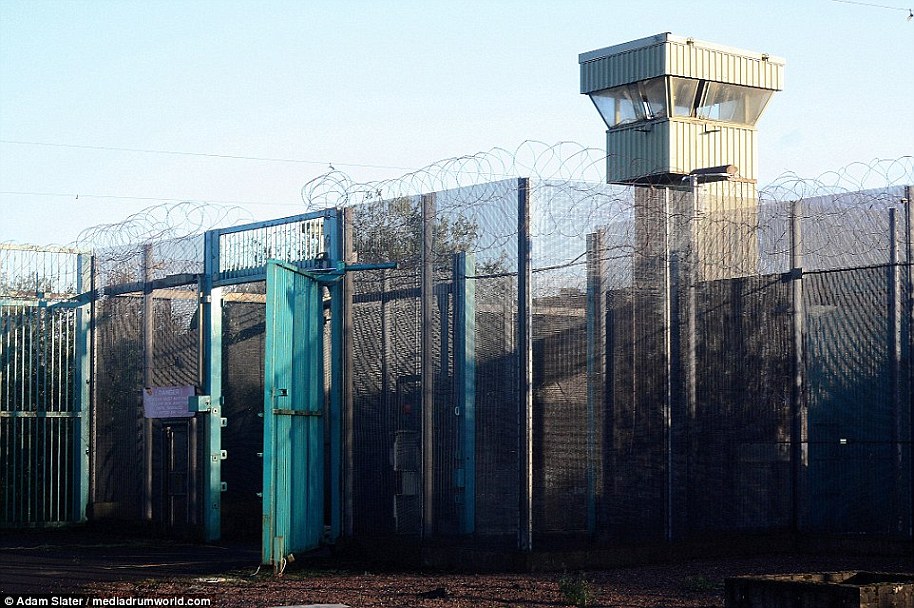 The Maze, in County Down, was home to paramilitary prisoners during the Troubles that blighted Great Britain and Ireland until the Good Friday Agreement in 1998

Dilapidated cells, fences topped with razor wire and fading symbols sat rotting until demolition started on the 360-acre site in 2006.

However, in April of 2013, it was announced the remaining buildings would be turned into a peace centre, which is now the home of the Eikon Centre.

When it was being used, the Maze housed paramilitary prisoners in Ireland. 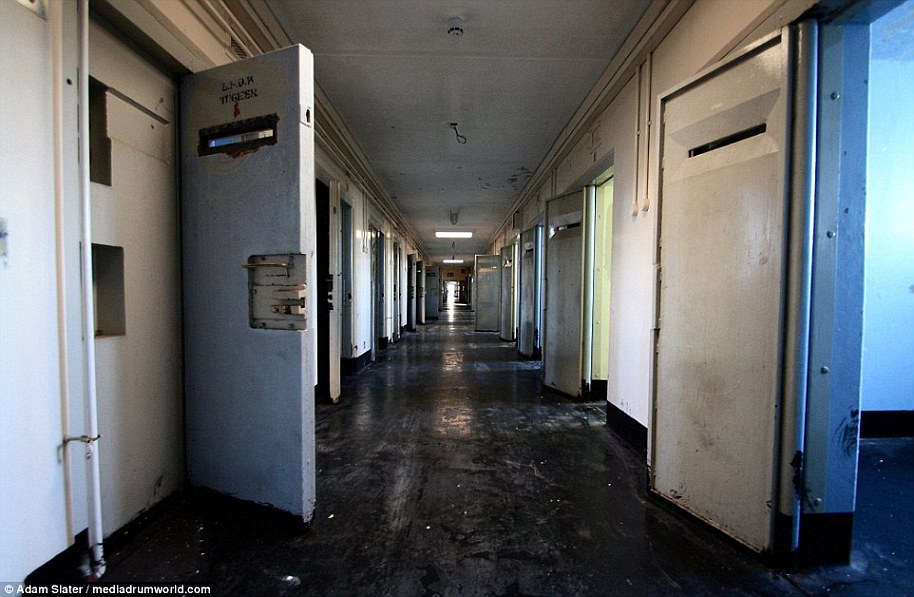 One of Britain’s most notorious prisons, it sat abandoned for years in Northern Ireland

The prison is best known for the hunger strike carried out by republican prisoners, an effort that was led by Bobby Sands.

Sands was elected as an MP in Fermanagh and South Tyrone during the hunger strike. This was seen as a huge propaganda victory for his party.

Sands was the first hunger striker to die and his funeral was attended by 100,000 people in Belfast. Despite this, Prime Minister Margaret Thatcher refused to meet the prisoners’ demands.

The hunger strike eventually came to an end on October 3, 1981, and partial concessions were granted to the prisoners.

As well as Republican prisoners, British paramilitaries on the Loyalist side were also held in separate wings from their Catholic enemies.

In 1983, the largest breakout from a British prison occurred at the Maze.

A prison meal lorry was hijacked and 38 republican prisoners ran free, although 19 were later recaptured.

During the escape, four prison officers were stabbed and six others suffered gun shot wounds. 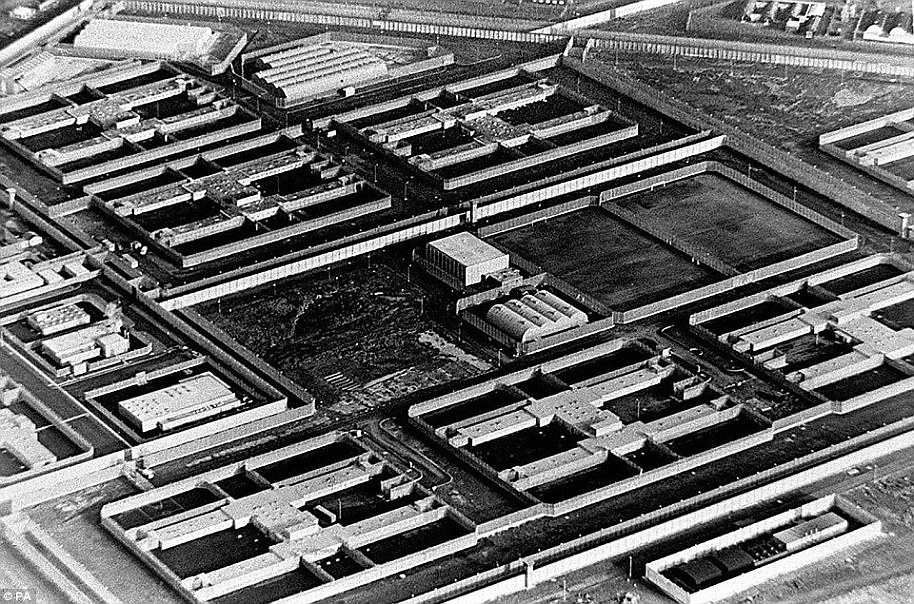 During the breakout, a prison meal lorry was hijacked and 38 republican prisoners ran free, although 19 were later recaptured