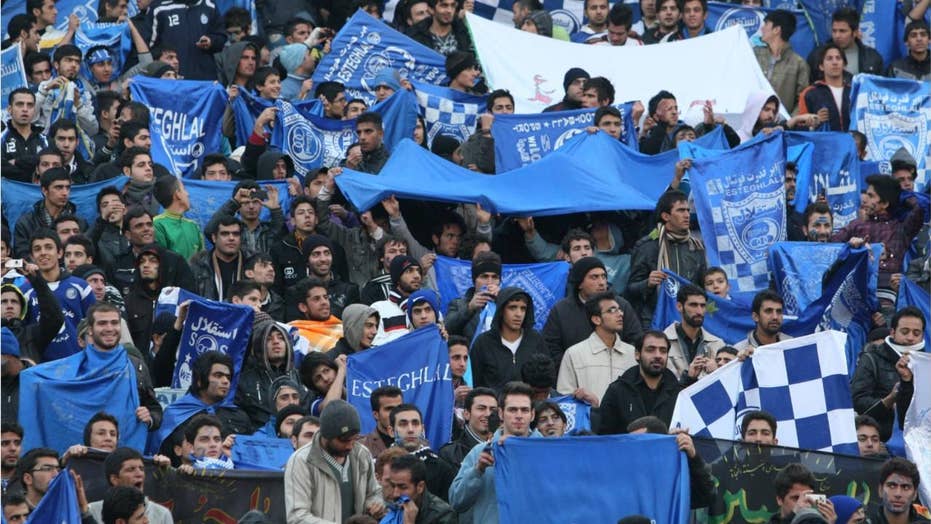 Iranian female soccer fan ‘blue girl’ dies after setting herself on fire. She was being charged with being dressed as a man to watch a soccer game. Women are not allowed to enter the soccer stadium in Iran.

An Iranian female soccer fan who faced a potentially lengthy sentence for trying to enter a soccer stadium dressed as a man has died after setting herself on fire a week ago outside a court, a semi-official news agency reported Tuesday.

The woman, Sahar Khodayari, died at a Tehran hospital on Monday, the Shafaghna news agency reported.

The 30-year-old set herself on fire last week after reportedly learning she may face between six months to two years in prison.

Khodayari was arrested back in March while trying to enter a soccer match for her favorite Iranian soccer team, Esteghlal. She was pretending to be a man and wore a blue hairpiece and a long overcoat when the police stopped her.

AIRSTRIKES TARGET IRANIAN BASE IN SYRIA, KILLING AT LEAST 21

Khodayari spent three nights in jail before she was released on bail and waited six months for her court case. When she appeared at court, Khodayari found out her trial had been postponed because the judge had a family emergency, and later overheard someone talking about her possible prison sentence, the BBC reported. 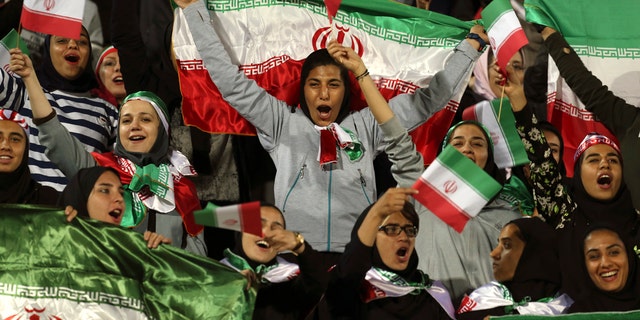 In this Oct. 16, 2018 file photo, Iranian women cheer as they wave their country’s flag after authorities in a rare move allowed a select group of women into Azadi stadium to watch a friendly soccer match between Iran and Bolivia, in Tehran, Iran.
(AP Photo/Vahid Salemi, File)

She then left the courthouse and set herself ablaze in front of the building, and later died at the hospital. 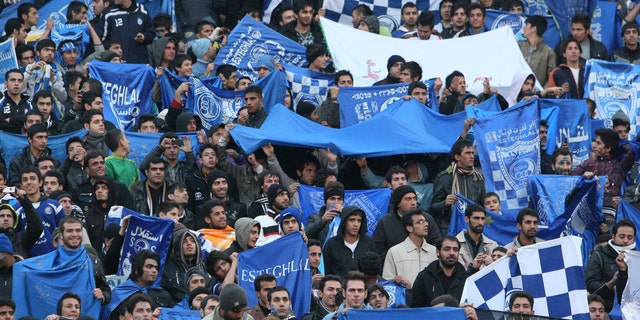 Sahar Khodayari, an Iranian female soccer fan known as "Blue Girl" for the colors supporting of the Esteghlal team, died after setting herself on fire after learning she may serve a six-month prison sentence for trying to enter a soccer stadium where women are banned, a semi-official news agency reported Tuesday.
(AP Photo/Vahid Salemi, File)

Khodayari, who had graduated in computer sciences, was known as the "Blue Girl" on social media for the colors of her favorite Iranian soccer team. Esteghlal issued a statement, offering condolences to Khodayari's family.

The tragic death immediately drew an outcry among some soccer stars and known figures in Iran, where women are banned from soccer stadiums, though they are allowed at some other sports, such as volleyball.

Former Bayern Munich midfielder Ali Karimi — who played 127 matches for Iran and has been a vocal advocate of ending the ban on women — urged Iranians in a tweet to boycott soccer stadiums to protest Khodayari's death.

Iranian-Armenian soccer player Andranik "Ando" Teymourian, the first Christian to be the captain of Iran's national squad and also an Esteghlal player, said in a tweet that one of Tehran's major soccer stadiums will be named after Khodayari, "once, in the future."

Women in Iran have been banned from going into stadiums to watch men's sporting events since 1981, according to Human Rights Watch. The stadium ban may is not written into law, but is "ruthlessly enforced", according to the organization.

Last October, authorities in Iran allowed a select group of women into Azadi stadium to watch a friendly soccer match between Iran and Bolivia, in Tehran, Iran. Iran's government faced an Aug. 31 dead by Fifa to allow women to attend official football matches in order to "pave the way" for female attendees, the BBC previously reported.

Iran's minister of information and communications technology, Mohammad Javad Azari Jahromi, described the death of the female soccer fan as a "bitter incident."