BAGHDAD (Reuters) – Iraqi political and militia leaders condemned U.S. President Donald Trump’s surprise visit to U.S. troops in Iraq on Wednesday as a violation of Iraq’s sovereignty, and lawmakers said a meeting between Trump and Iraqi Prime Minister Adel Abdul Mahdi was canceled due to a disagreement over venue. 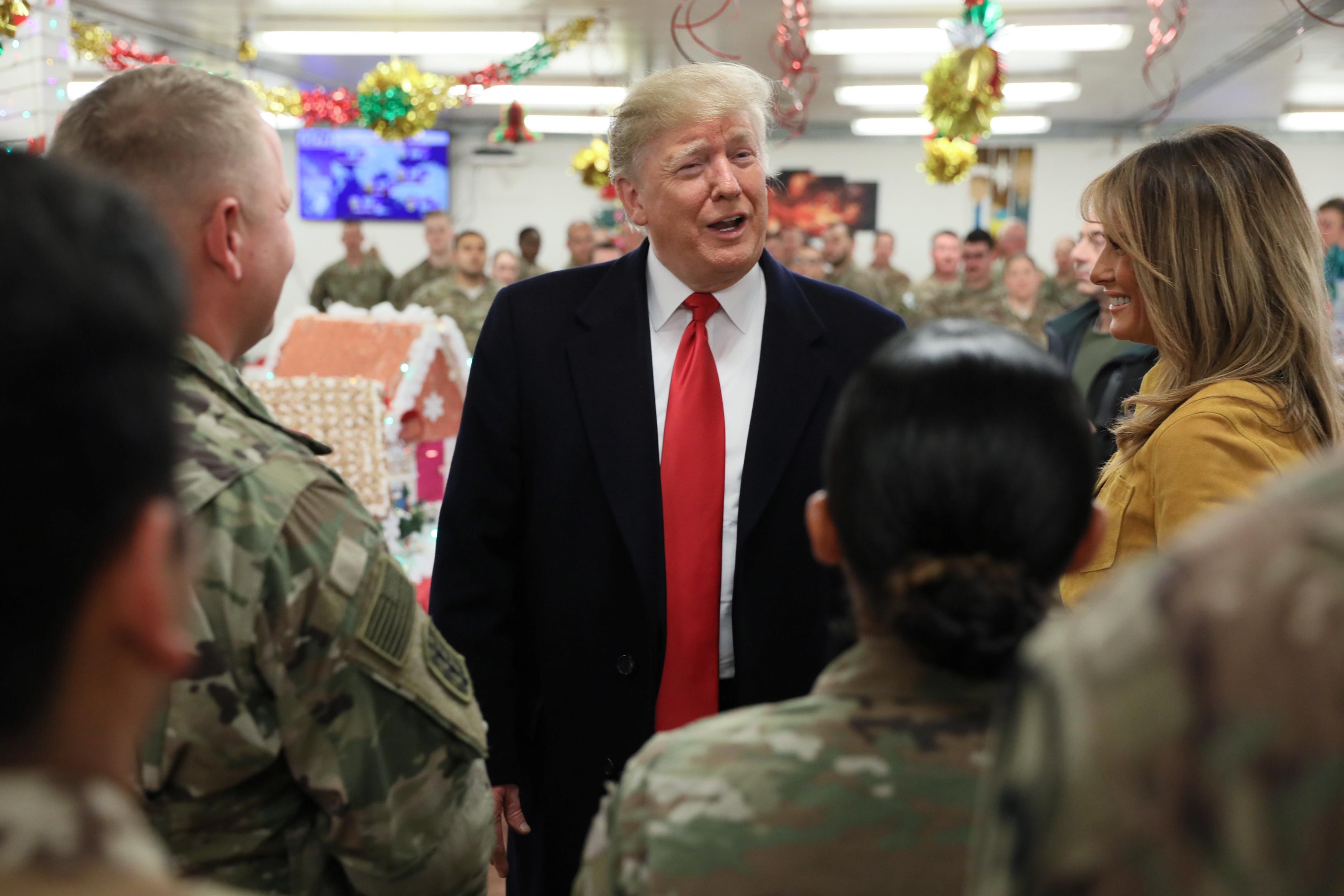 Sabah al Saadi, the leader of the Islah parliamentary bloc, called for an emergency session of parliament “to discuss this blatant violation of Iraq’s sovereignty and to stop these aggressive actions by Trump who should know his limits: The U.S. occupation of Iraq is over.”

“Trump’s visit is a flagrant and clear violation of diplomatic norms and shows his disdain and hostility in his dealings with the Iraqi government,” said a statement from Bina.

Abdul Mahdi’s office said in a statement that U.S. authorities had informed Iraq’s leadership of the president’s visit ahead of time. The statement said the Iraqi prime minister and U.S. president talked by telephone due to a “disagreement over how to conduct the meeting.”

Iraqi lawmakers told Reuters that the pair had disagreed over where their planned meeting should take place: Trump had asked to meet at the Ain al-Asad military base, an offer which Abdul Mahdi declined.

Trump’s visit comes amid a backdrop of escalating tensions between Washington and Tehran, as Washington seeks to counter Iran’s sway in the Middle East. The formation of Iraq’s government has stalled as well amid intensifying discord between the Islah and Bina blocs.

Falih Khazali, a former militia leader turned politician allied with Bina, accused the United States of wanting to increase its presence in Iraq. “The American leadership was defeated in Iraq and wants to return again under any pretext, and this is what we will never allow,” he said.

Bina said Trump’s visit “places many question marks on the nature of the U.S. military presence and its real objectives, and what these objectives could pose to the security of Iraq.”

While there has been no full-scale violence in Iraq since Islamic State suffered a series of defeats last year, some 5,200 U.S. troops train and advise Iraqi forces still waging a campaign against the militant group.

Islah is headed by populist Shi’ite cleric Moqtada al-Sadr. Sadr has long opposed the U.S. presence in Iraq since the U.S.-led invasion toppled Saddam Hussein in 2003. He led two uprisings against U.S. forces in Iraq and is one of the few Shi’ite leaders to also distance himself from Iran.

Iraq’s Shi’ite militias, also known as the PMF, many of which are supported by Iran, oppose the presence of U.S. troops in the region. The PMF was made formally part of the security forces this year after helping the military defeat Islamic State in Iraq in 2017.

Qais al-Khazali, the leader of the powerful Iran-backed Asaib Ahl al-Haq militia said on Twitter, “Iraqis will respond with a parliamentary decision to oust your (U.S.) military forces. And if they do not leave, we have the experience and the ability to remove them by other means that your forces are familiar with.”

Some Iraqis, however, were less concerned with the U.S. president’s visit.

“We won’t get anything from America,” said Baghdad resident Mohammad Abdullah. “They’ve been in Iraq 16 years, and they haven’t given anything to the country except destruction and devastation.”