Geneva, Switzerland – UN member states have criticised Israel for failing to abide by human rights laws and UN resolutions during a heated Human Rights Council (HRC) session; some labelled it an “apartheid state”.

The scolding in the Swiss city on Tuesday came as Israel was undergoing its third Universal Periodic Review (UPR), a UN-led process meant to assess the human rights record of each state and make recommendations for improvement.

“Israel is the only state in the world that can be called an apartheid state,” the South African delegate told the Israeli delegation and UN members convened at the Palais des Nations.

“We remain deeply concerned at the denial of the right of self-determination to the Palestinian people, in the absence of which no other human right can be exercised or enjoyed.”

The delegate was echoing the recommendations of several member states that called, above all, for an end of the 50-year-long occupation of Palestinian territory.

A number of UN member states expressed concern over what they saw as the deteriorating human rights situation in the occupied territories and Israel’s blatant violations of UN resolutions.

“We call upon Israel to comply with international laws by immediately ending its 50-year colonial occupation and apartheid policies against the Palestinian people and dismantle the illegal wall and the related infrastructures located inside the OPT and compensate Palestinians for all of the losses incurred due to their presence,” the Palestinian delegate said, adding that Palestinian “will not be discouraged”.

Jordan, the United Arab Emirates, Iran, Russia, Malaysia and other countries called on Israel to halt the occupation and annexation of Palestinian land, the construction and expansion of Israeli settlements, the forcible transfer of Palestinians and the demolition of Palestinian homes and structures.

For their part, the UK, Finland and Austria among other countries expressed concern over the arbitrary detention of children.

In her opening remarks, Aviva Raz Shechter, Israeli ambassador to the UN in Geneva, laid out bluntly how Israel was going to receive the recommendations of fellow members.

“The continuous discrimination against Israel in the HRC and the unparalleled number of one-sided biased and political resolutions adopted regularly by the automatic majority of its members testify not only to the unfair treatment of Israel but also to the deficiencies of the council itself and its agenda,” she said.

Shechter said Israel would submit to the review process despite what she called the HRC’s bias, and demanded its overhaul.

“Today, more and more countries are joining Israel in realising that this theatre of the absurd cannot go on forever and that reform is necessary,” she said.

Shechter listed what she claimed were some areas of improvement in human rights in Israel compared with the last review, which was in 2013.

These, she said, included new initiatives and measures taken by Israel to uphold the rights of people with disabilities, minorities, the LGBT community and women.

However, Shechter’s minimal references to the situation of Palestinians in the occupied territories left many delegates unimpressed.

“Our relations with the Palestinians will continue to be of the highest priority, and despite the known setback in the peace process, we will continue to seek a lasting solution that will enable our two peoples to live side by side,” she said.

Emi Palmor, the director-general of the Israeli ministry of justice, stayed on the defensive before highlighting what she called the improvements in the judiciary, from the introduction of some prisoners’ rights and safeguards for juvenile detainees to taking over investigations of complaints against the Israel Security Agency, better known as Shin Bet.

“A large part will not listen to what I am saying … this council has not acquired its reputation for equality or impartiality,” she said.

Palmor contended that Israel had made progress with regards to the detention of minors by establishing a dedicated juvenile court, improving its system by which families are notified, as well as authorising courts to appoint attorneys for the minors “if they wished so”.

Still, delegates from Belgium, Bolivia, Canada, Madagascar and other UN member states called upon Israel to allow civil society and independent human rights organisations on its territory to work freely.

Some called on Israel to allow human rights bodies to conduct fact-finding missions to investigate allegations of war crimes and crimes against humanity.

They expressed concern over the perceived targeting of human-rights defenders and independent nongovernmental organisations in the context of Israel’s NGO Transparency Law and Anti-Boycott Law.

The recommendations and concerns were rejected by Palmor, who claimed that Israel places no legal restrictions on human rights associations.

Malaysia, Qatar and others called for an end to the blockade of the Gaza Strip.

Some delegates called upon Israel to ratify the optional protocol to the Convention against Torture and to uphold the Geneva Convention relative to the Protection of Civilian Persons in Time of War, which prohibits individual or mass forcible transfers and deportations of protected persons from occupied territory.

Germany was one of the countries with concerns in this regard.

The Iranian delegate said it was “disturbing” that the Israeli occupation of Palestinian territory would continue in clear violation of international human rights law and called for the UN “to take a collective action against the Israeli regime”.

An Israeli delegate, sitting a few chairs away from his Iranian counterpart, retorted: “Given Iran’s dismal record, Israel won’t take lessons in human rights from Iran.”

The tit-for-tat exchange went on until the HRC chair had to call on members to use “appropriate language and a constructive attitude” during the session.

Shechter, the Israeli ambassador, said it was deplorable that UN representatives would use the UPR session as what she called a platform to politicise the human rights discourse.

“It is a cynical and hypocritical attitude meant to distort the reality,” she said, adding however that Israel would continue to cooperate with the HRC and take “seriously” the recommendations made at Tuesday’s session. 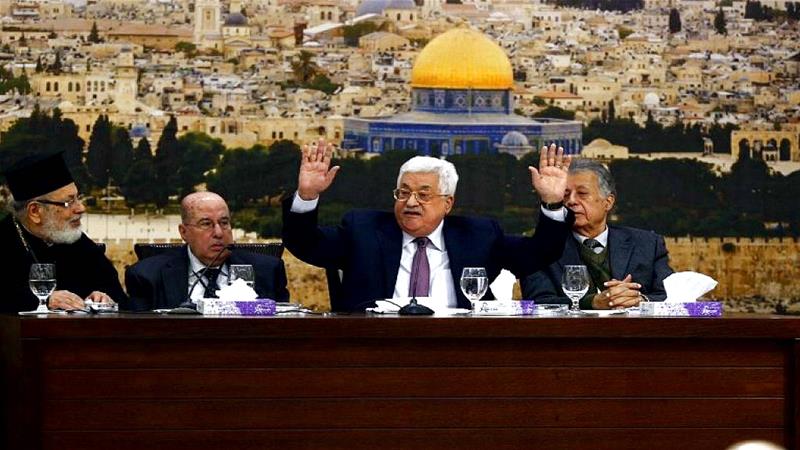 Can Palestinians stop dealing with Israel?