‘There is no more room for this scum in Italy’: Police arrest new head of Sicilian mafia just before he was due to be anointed as the Cosa Nostra’s ‘boss of bosses’

Italian police have arrested the new head of the Sicilian mafia – just before he was due to be officially anointed the ‘boss of bosses’ of the feared Cosa Nostra.

Pictures show 80-year-old jeweller Settimo Mineo being away after he was detained in the Italian island’s capital, Palermo, this morning.

A further 45 other alleged mobsters were also rounded up in a powerful blow to organised crime on the Mediterranean island, Deputy Prime Minister Luigi Di Maio said on Tuesday, adding that there was ‘no more room for this type of scum in Italy’.

Police say Mineo was already head of the Cosa Nostra (Our Thing) mafia in the Palermo region but was also just about to be anointed the overall ‘boss of bosses’ at a reconvened Mafia Commission or Cupola. 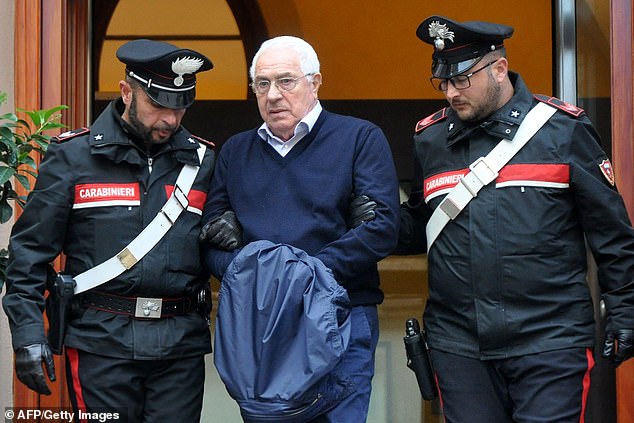 Italian police have arrested the new head of the Sicilian mafia – just before he was due to be anointed the head of the feared Cosa Nostra. Pictures show officers leading 80-year-old jeweller Settimo Mineo (pictured today) away after he was detained in the Italian island’s capital, Palermo, this morning 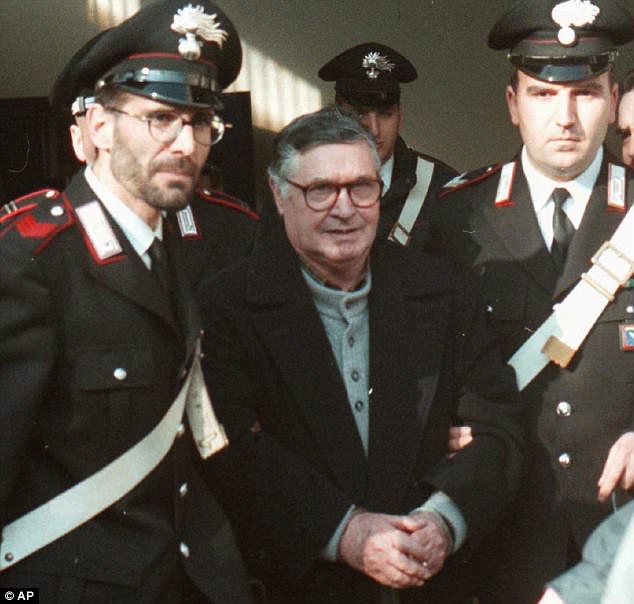 Police also arrested three other Cupola members in the swoop. The four senior Mafia leaders had all recently served prison time for their activities.

The previous godfather, Salvatore ‘Toto’ Riina, died in prison last year after spending almost a quarter of century behind bars for ordering dozens of murders, including those of two of Italy’s most famous anti-mob magistrates.

Dubbed The Beast, he was one of the most feared leaders in the history of the Sicilian Mafia. He was buried in November last year in his hometown of Corleone, the real-life mafia hotbed made famous by the ‘Godfather’ films and book.

Riina had been serving 26 life sentences when he succumbed to cancer aged 87. His death fuelled speculation that it was the end for the Sicilian Mafia.

But a resurgent Cosa Nostra managed to rebuild the Cupola which met earlier this year for the first time since 1993 and was due to appoint Mineo official heir to the notorious mobster.

A police source said Mineo was elected boss at a meeting of provincial leaders of the Sicilian mafia on May 29.

Italian media reported that police obtained crucial information by tapping the phone of one of the senior arrested members, Francesco Colletti.

He reportedly told his driver about details of the Cupola meeting, describing it as ‘a beautiful meeting, very serious, with country people, old people.’

Palermo prosecutor Francesco Lo Voi told journalists that the Cupola meeting was identified thanks to phone taps and that the main topic at the meeting had been ‘rules’.

‘The need to reestablish certain rules that Cosa Nostra had lost along the way, they were applied less because of the organisation’s overall disorganisation,’ Lo Voi said. 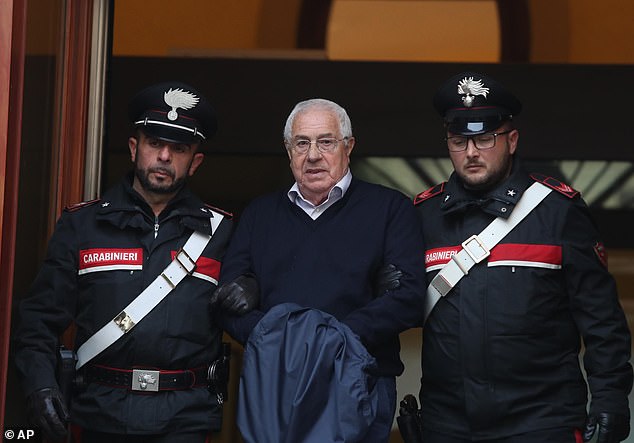 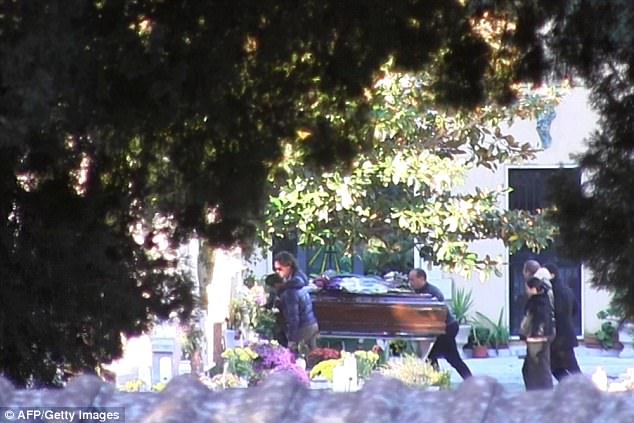 Salvatore ‘Toto’ Riina, one of the most feared godfathers in the history of the Sicilian Mafia, was buried in November last year in his hometown of Corleone, Italy in a private ceremony. His coffin is pictured above

‘We deduced that it was a Cupola meeting because important Cosa Nostra members… were not allowed to take part,’ he said.

‘These people, despite being heads of families, were kept outside because only regional bosses could take part.’

It is not known where the Cupola meeting took place, but Colletti’s conversation with his driver implicated Mineo and others.

Colletti reportedly rejoiced in the resurrected Cupola, which was to be an improvement on Riina’s ‘tyranny’.

‘We all got up and kissed,’ Colletti reportedly said of the end of the meeting.

Once all-powerful on Sicily, the world’s most famous crime gang has been squeezed over the past two decades, with many bosses put behind bars, businesses sequestered and locals increasingly ready to defy it. 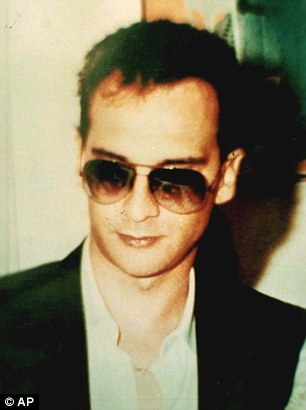 ‘With an extraordinary operation in the Palermo province, the police have dismantled Cosa Nostra’s new ‘cupola’,’ Interior Minister Matteo Salvini said on Twitter.

Mineo was sentenced to five years in jail for mafia-related crimes at the so-called ‘maxi-trial’ that ran from 1986-1992 and was spearheaded by prosecutors Giovanni Falcone and Paolo Borsellino.

Both Falcone and Borsellino were murdered in 1992 on Riina’s orders after verdicts were delivered. Following their deaths, the state poured resources into the fight against the mob and ground down Cosa Nostra.

Mineo survived a 1992 ambush that killed his brother Giuseppe, around six months after another brother, Antonino, was murdered outside the family jewellery shop.

Hunted by police since 1993, Denaro, 56, was also considered to be a successor to Riina and fellow boss Bernardo Provenzano, who himself died recently in prison.

A former Cosa Nostra hitman, Denaro, nicknamed ‘Diabolik’, has been sentenced in absentia to life in prison for multiple murders. The only photo of him dates back to the beginning of the 1990s.

Over the past two decades Italian police have increased arrests and seizures targeting his entourage, in a bid to isolate the notorious boss.

In 2015, police discovered that Denaro had abandoned modern methods of communication and was giving orders to his men via traditional ‘pizzini’: small bits of paper containing encoded messages.

Italian media reported that Mineo was a preferable new Mafia leader because he was not in hiding.

‘The arrests … represent one of the biggest blows inflicted on the mafia by the state.

‘Mineo had been elected “heir” of Toto Riina after his death. There is no more room for this type of scum in Italy,’ Di Maio wrote on Instagram.

Police are due to release more details about their operation later in the day.

Cosa Nostra: How the ‘octopus’ reached into all areas of society during bloody reign of terror

With Mafia king Toto Riina’s death last year many speculated that it was game over for Sicily’s once all-powerful Cosa Nostra.

But a meeting in May of the organisation’s cupola, or hierarchy, was seen by investigators as a sign the feared mobsters were looking to rebuild.

‘Boss of bosses’ Riina, who was nicknamed ‘The Beast’ because of his cruelty, led a reign of terror including the brutal daylight assassinations of anti-mafia judges Giovanni Falcone and Paolo Borsellino.

He died a year ago aged 87, just months after being caught on wiretaps in jail boasting afresh about his bloody crimes.

‘Riina will go down in history as the man who destroyed Cosa Nostra,’ Mafia expert Attilio Bolzoni said.

‘With his strategy of bloody massacres in Sicily and across Italy… he turned an invisible Mafia visible, with hundreds, thousands of murders, carried out first with Kalashnikovs, then bombs.’ 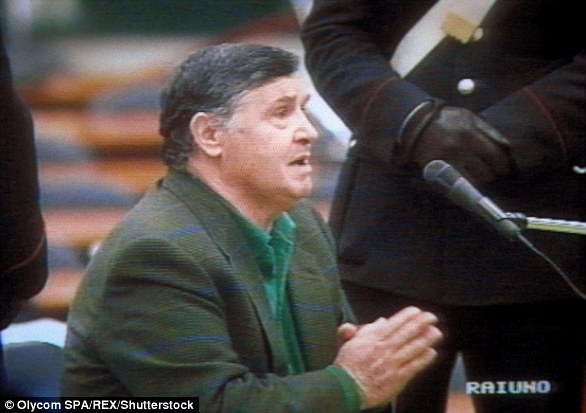 Salvatore ‘Toto’ Riina in court during a preliminary hearing in Palermo, Sicily, Italy in 1993

‘For the first time in history, the state reacted mercilessly,’ Bolzoni said, with the arrest of hundreds of bosses and the introduction of harsh anti-mafia laws that saw imprisoned gangsters held in utter isolation.

Caught and jailed in 1993 after nearly a quarter of a decade as a fugitive, his revenge was swift: Cosa Nostra launched a series of bombings in Rome, Milan and Florence that killed 10 people.

But he was unable to stop the decimation of the crime group – once nicknamed ‘the octopus’ for its tentacled reach into all areas of society – which was gradually supplanted by the Camorra in Naples and ‘Ndrangheta in Calabria.

Multi-murderer playboy Messina Denaro, one of the world’s most-wanted men, was seen last year by many as Riina’s natural heir but has been on the run since 1993. And police now believe 80-year-old jeweller Settimo Mineo, arrested this morning in Palermo, was set to step into that role. 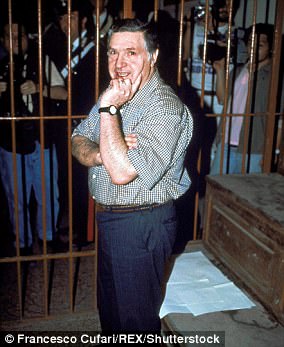 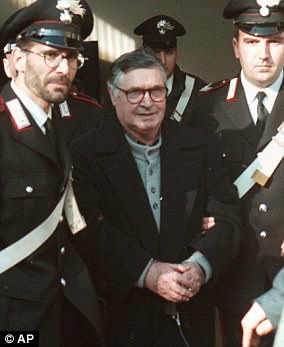 Last year prosecutor Ambrogio Cartosio, who spent 20 years in the DDA organisation of anti-mafia prosecutors, warned the days of shootouts and car bombs may be gone, but Cosa Nostra has been growing fat instead on political deals.

‘We have greatly weakened the military apparatus of the Mafia, the massacres are over, murders are rare. But the Mafia has undergone a genetic modification,’ Cartosio told AFP in 2017.

‘The political sector has lent itself greatly to… (organised crime’s) infiltration of the social fabric’ and, as a consequence, ‘the Mafia presence in the political sphere is much greater than before,’ he said.

And the battle is not only against ‘the octopus’ but also the ‘Stidda’, a rival group formed by former Cosa Nostra members during the Second Mafia War of the early 1980s.

‘The Mafia is less military, less bloody than before, but it’s very efficient,’ he said.