Jacinda Ardern has admitted previously smoking cannabis in a fiery leaders debate with Judith Collins, her rival for the New Zealand prime ministership.

In the second of four national debates leading to the October 17 vote, Ms Collins again brought a combative approach that seemed to unsettle Ms Ardern.

Despite the hostile atmosphere, the pair reached an unlikely on-stage agreement on extending parliamentary terms from three years to four, which could become law after the election. 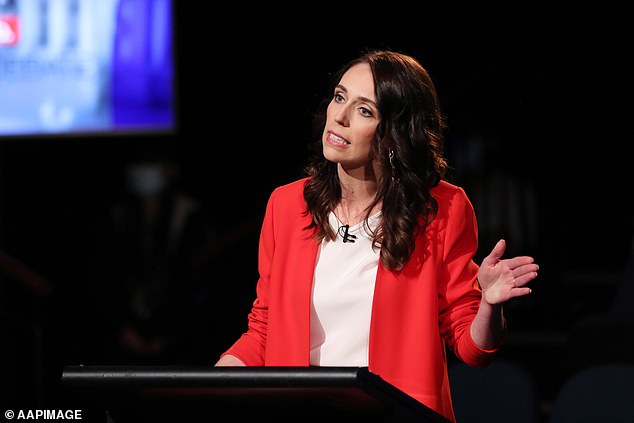 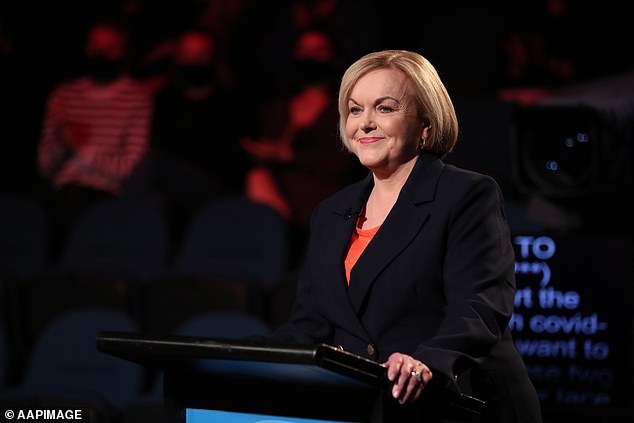 Along with their next parliamentarians, Kiwis will also be voting on cannabis and euthanasia legalisation models when they go to the polls.

While both leaders have committed to voting for the end-of-life proposal, they hold differing views on cannabis.

Ms Collins – and her entire caucus – have committed to voting against the ‘reeferendum’.

Ms Ardern, on the other hand, has refused to announce how she is voting, saying she wants the vote to be free of politics, but did reveal for the first time that she has tried the drug.

‘Yes I did. A long time ago,’ she told debate moderator Paddy Gower.

The Labour leader has previously deferred on the topic, saying ‘I was once a Mormon and then I wasn’t, that’s how I’ll put that’. 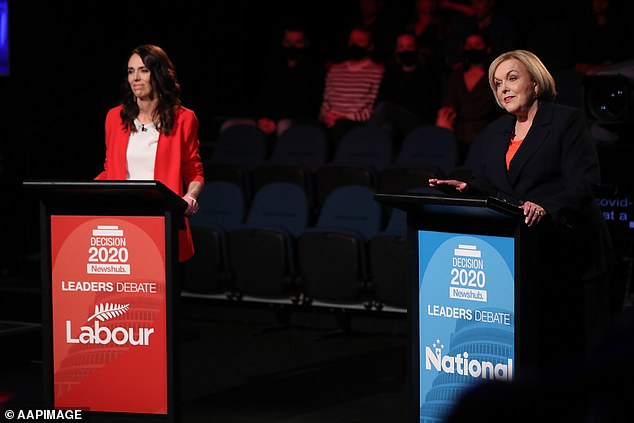 In contrast to last week’s head-to-head hosted by state broadcaster TVNZ, the Newshub-hosted debate took place at a rapid-fire pace, covering a myriad of topics ranging from vegetarianism to the leaders’ favourite native trees.

Ms Ardern, 40, said it had ‘a bit of a pub quiz feel’ and she would prefer more time to give considered answers.

But Ms Collins, 61, who is behind in the polls and needs to make inroads if she has any chance of becoming prime minister, revelled in the mayhem.

‘I thought it was a great debate, I thought there was loads of energy and I hope people are watching,’ she said.

On substantive issues, Ms Ardern was at her most confident in defending her record on COVID-19.

‘COVID is much trickier than the leader of the opposition is giving any credit to, or credit to New Zealand and this entire team,’ she said.

However, it remains to be seen how voters will take to her constant interruptions, which escalated to screaming at different points over the 90-minute battle.