A Jack Russell named Lexie is an Australian farmer’s right-hand woman after he taught her how to drive.

Footage shows the one-year-old dog helping out with jobs after climbing behind the wheel.

She was trained by her ‘best mate’ Cameron Zschech, 21, who says ‘there’s no reason she can’t do it, just because she’s a dog’.

Cameron told ABC he was on his family’s land in Hamilton moving sheep one day when he thought ‘now is the time I could teach the dog to drive’.

Using the same method as his dad used to teach him, he said he put the vehicle in first gear, and then ‘let it idle along’ as Lexie steered.

‘I thought “if we’ve got that much time, we might as well give Lexie a go”’, he said.

‘She went alright. Lexie thinks she’s a sheep dog. She’s got the right attitude for the role but her size lets her down.

‘She’s about one-tenth the size of a ewe…  but is completely unaware of her tiny size.’ 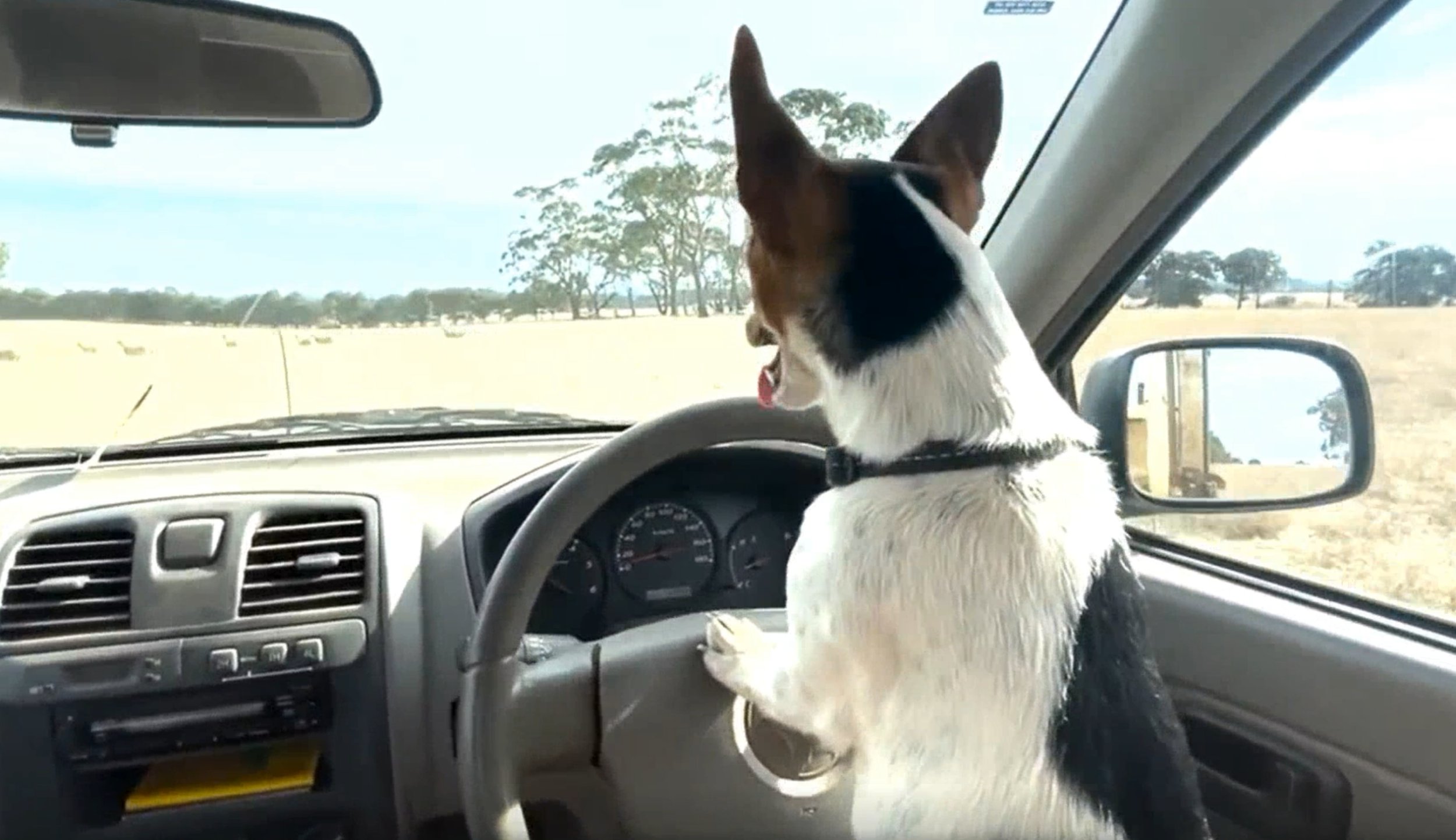 The dog’s promotion to driver came after she was injured as a puppy on the farm.

‘There was an 80kg ewe and Lexie took off after it and it took back off after her, stood on her leg’, Cameron explained.

‘She was yelping, couldn’t chase sheep anymore but she’s recovered since then and she’s become a little bit smarter.’

Following the accident, the proud owner said he realised she ‘had a knack for driving’ and it is ‘safer for her’.

Nowadays, Lexie is given a list of jobs by Cameron’s father before heading out to work.

She sometimes steers while Cameron feeds out hay – something he describes as ‘pretty good teamwork’.