A new hand-held accessory that doubles up as a portable fish tank is set to launch in Japan.

The bonkers new device – known as a ‘Katsugyo bag’ allows wearers to show off their expensive market-bought fish as they carry it home.

The product will launch as soon as it has passed testing.

An Instagram page showcasing the unusual design already as thousands of followers with many asking about the cost.

A caption for the handheld tank claims the product is being developed by a company named MA Corporation.

The post reads in Japanese:  ‘Under development – this fish bag, a product that carries fish ‘live’.

‘Bring the fish you caught and the live fish you bought at the market to your home. We are working to spread live fish.’

The handheld fish tank is shaped in a long tube with a transparent middle section to show off the fish with a handle on top and gauge that monitors the oxygen saturation of the water.

Another Instagram post caption reads: ‘It is divided into two units of the body, and when you put in fish, you can remove the aquarium, store the fish, then connect it to the main body and turn on the power.

‘You can carry the fish, so it is relatively easy to use. Oxygen supply and water temperature maintenance are possible. 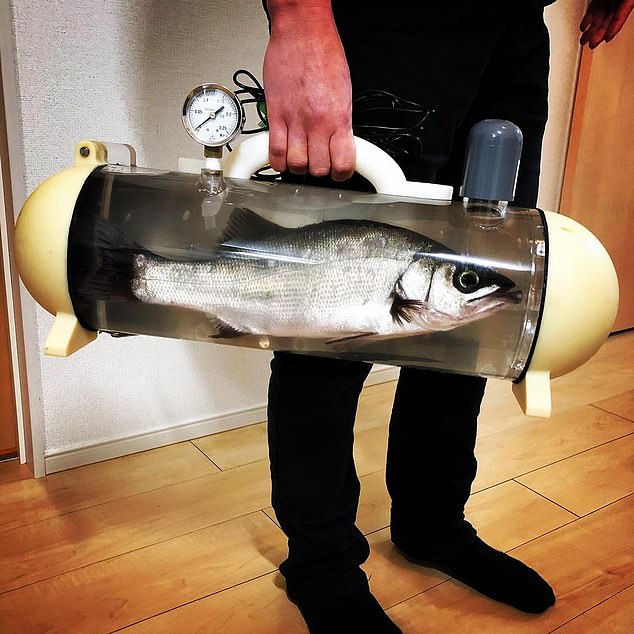 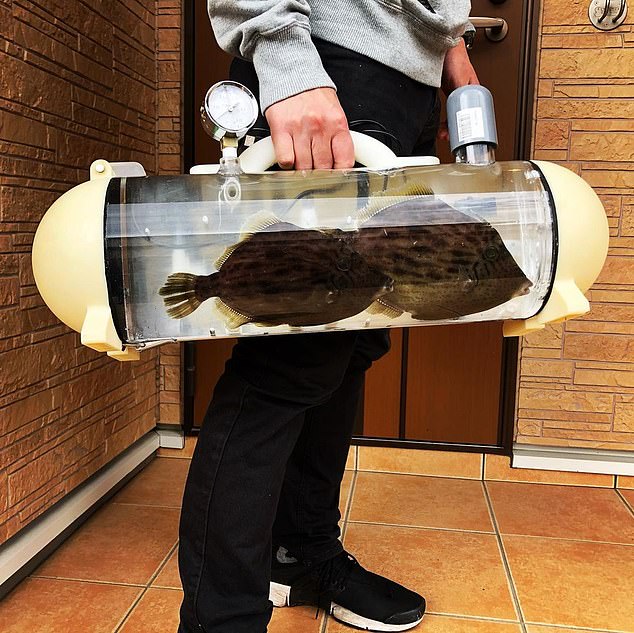 ‘We will work on the design in detail whilst verifying performance and carrying out an operation check.

‘Let’s dream of a world where it is natural to carry a product like this.’

No details were offered of how long the power is expected to last.

Users on Twitter were left in stitches at the unusual design and joked they would take their pet fish for a walk in it.

One user posted a picture of the ‘fish bag’ and wrote: ‘BRB, just taking a fish for a walk…This specially designed Japanese bag is a portable fish tank that lets pet owners take their favourite fish on a walk.’ 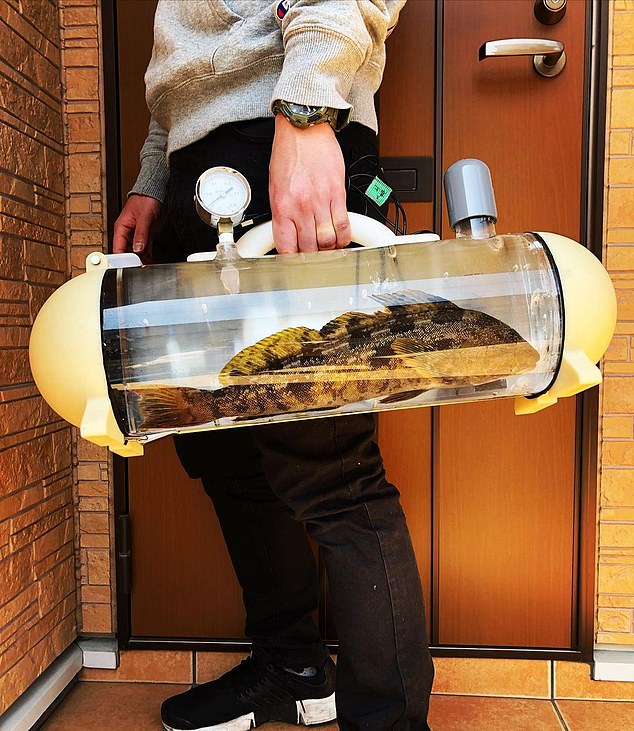 Users were left baffled and amused with by the bizarre design, with one asking if they were a bad fish-owner if they didn’t take theirs for a walk 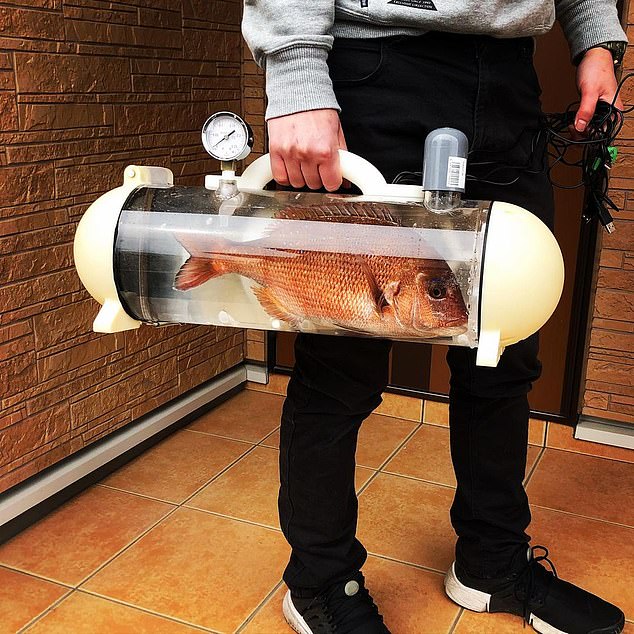 Another wrote: ‘Am I a bad fish owner if I don’t take my fish on a walk?’

One more, clearly baffled commented: ‘Take your fish for a walk… I have no words’, whilst another simply wrote: ‘But does your fish need to go on a walk?’

Many others on Instagram commented to ask where and when they could purchase the product.

A release date and price for the finished product has not yet been disclosed.

A translation of ‘Katsugyo’ refers to a restaurant tank in which live shellfish and lobster are kept in.