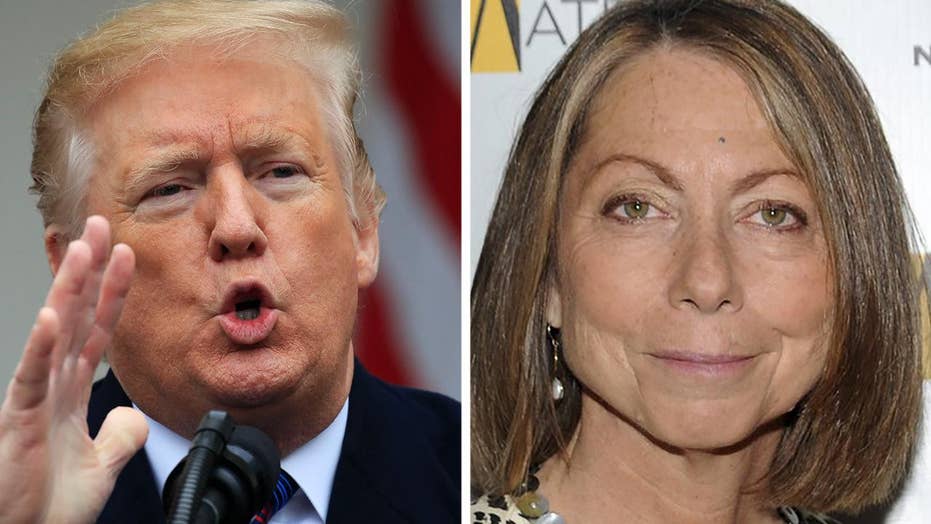 Former New York Times executive editor Jill Abramson, who on Wednesday denied accusations that parts of her new book, "Merchants of Truth," were plagiarized, admitted Thursday that certain passages may have been "too close" to the source material.

Abramson’s book, which publisher Simon and Schuster described as a "definitive report on the disruption of the news media over the last decade," was released Tuesday. On Wednesday, Michael Moynihan of Vice News claimed passages of the book were “often not true” or were “plagiarized.”

Abramson appeared on Fox News’ “The Story” Wednesday night, telling Martha MacCallum she was “100 percent” confident that her research was original and backed by “70 pages of footnotes showing where I got the information.”

FROM OBAMA TO TRUMP, MEDIA COVERAGE OF STATE OF THE UNION DIFFERS GREATLY

But on Thursday, Abramson conceded that certain passages “should have been cited as quotations in the text,” according to a statement she gave to CNN. “I wouldn’t want even a misplaced comma so I will promptly fix these footnotes and quotations as I have corrected other material that Vice contested.”

Regardless of the admission, Abramson is standing by her work, telling CNN: “The book is over 500 pages. All of the ideas in the book are original, all the opinions are mine.”