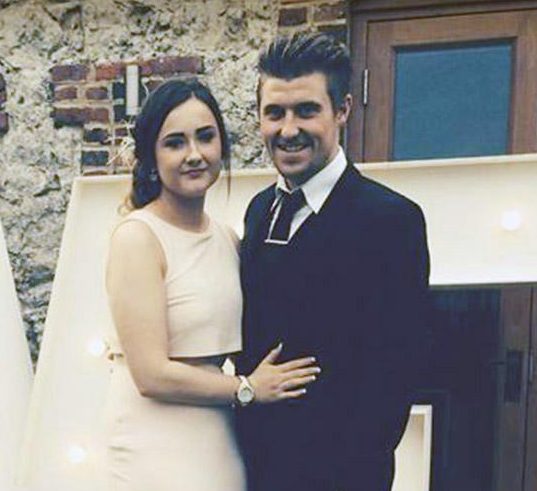 The mum of one wrote: “First one to collect can have it for £3.

"I would give it away but need to buy myself a new kitchen knife as mine is currently sticking out of his tyres.”

Xbox One consoles usually cost around £186 — but Georgia also threw in a set of brand new headphones worth £44 and four games.

Care home worker Georgia, of Newbiggin-by-the-Sea, Northumberland, learned Josh, her partner of four years had cheated on her in 2016.

He did it again last year while she was pregnant with their child.

She said: “It was a massive betrayal.

“I always had in my head that if he did anything I would smash his Xbox up but I knew selling it would p**s him off more.

“I wanted to humiliate him. After I’d posted it I felt a lot better. 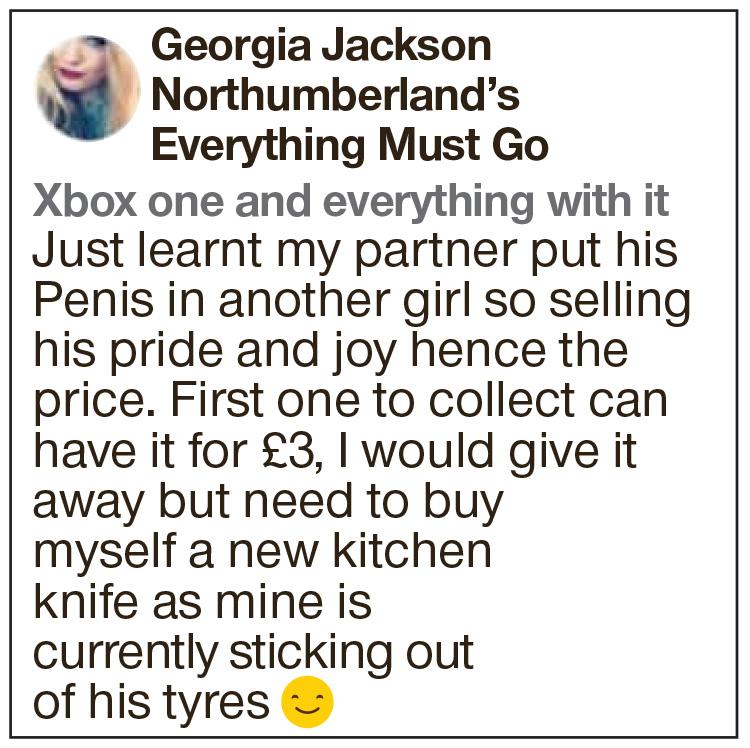 “It distracted me and spurred me on a bit. It was my little bit of revenge but I didn’t expect such a big reaction to it.

“He’s completely broken my heart so I don’t regret it — it’s my bit of revenge.”

When contacted by The Sun, 25-year-old Josh declined to comment. 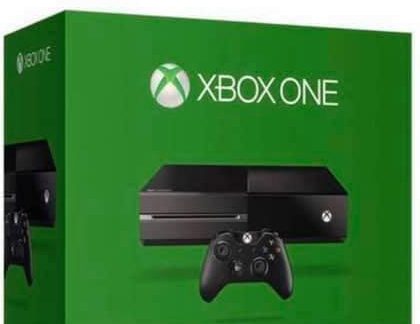