They juggled kids and careers, experienced tragedies, and now call the White House home. President Joe Biden and Dr. Jill Biden reveal how they keep their 43-year marriage strong, despite the pressure.

It started with a single senator’s brother telling him to call a gorgeous teacher he knew and ask her on a date in 1975. Forty-six years later, it’s still bliss between President Joe Biden and First Lady Dr. Jill Biden. The Bidens reflected on their marriage and family in a new interview with PEOPLE, even divulging the “secret” to making their relationship thrive despite the stresses of a life in politics. President Biden gushed about his love for his wife of 43 years and her unwavering grace under pressure.

“She has a backbone like a ramrod,” the president said. “Everybody says marriage is 50/50. Well, sometimes you have to be 70/30. Thank God that when I’m really down, she steps in, and when she’s really down, I’m able to step in. We’ve been really supportive of one another.” And that includes Dr. Biden’s decision to continue teaching a community college course during her time in the White House. She’s the first FLOTUS to ever hold a separate job. 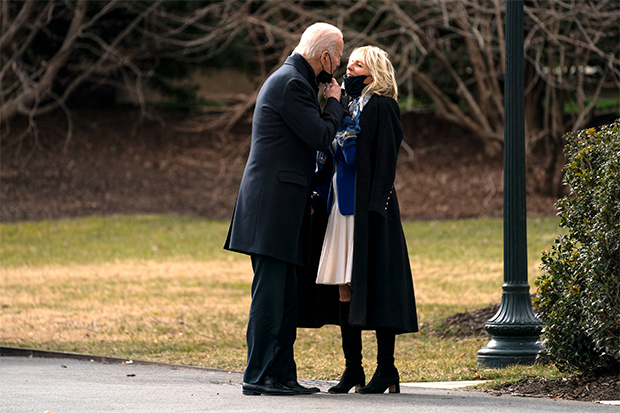 “I’ve read all that data as well about families under pressure, and that’s why I’m glad she kept her profession,” President Biden said. “It’s really important that she’s an educator, although she took off two years when we first got married because the boys were little. It’s important that she has the things that she cares a great deal about, her independence.” The big key to their success? Despite having different career aspirations and their interests, they “share each other’s dreams.”

The Bidens married in June 1977 at the United Nations Chapel in New York City. They welcomed a daughter, Ashley Biden, in 1981. President Biden already had two young sons from his first marriage, Hunter Biden and Beau Biden. His first wife and their infant daughter sadly passed away in a car accident in 1972. Beau, the former attorney general of Delaware, died of brain cancer in 2015. The Bidens are now the proud grandparents to six beautiful grandkids. 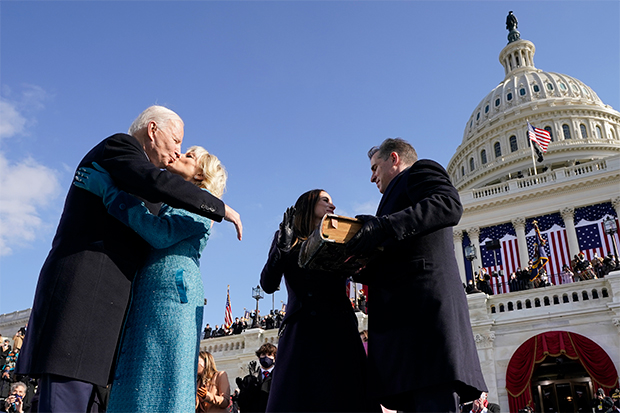 “All that we’ve been through together — the highs, the lows and certainly tragedy and loss — there’s that quote that says sometimes you become stronger in the fractured places,” Dr. Biden said in the joint interview. “That’s what we try to achieve.”