Theodore Xagoraris, 42,  (pictured) of Manchester, agreed to let the stranger snort some of his white powder after they met in the toilet

A John Lewis customer support worker has been convicted of drug dealing after he left a man unconscious when he gave him a line of cocaine for free in a gay bar.

Theodore Xagoraris, 42, of Manchester, agreed to let the stranger snort some of his white powder after they met in the toilet.

But whilst the pair were later sat near the bar of Company in Manchester’s Gay Village, the unnamed victim suddenly collapsed and fell unconscious.

Xagoraris was seen to try and revive the man by slapping his face before security staff intervened.

The victim, who suffers from diabetes, was later taken to Manchester Royal Infirmary where he made a full recovery – but police have since been unable to locate at him.

At Manchester Crown Court, Greece-born Xagoraris, who lives in a quayside flat in the city centre, wept as he admitted a charge of supplying a Class drug A.

The court heard the incident occurred last November 4 after he and friends went out to the Cruz 101 club in the Gay Village and during the evening the party clubbed together to buy a gram of cocaine.

Prosecutor Richard Littler said: ‘They continued to drink and shared out the drugs between themselves. His friends left early and he continued on to the Company Bar.

‘He continued to drink and then had gone for the toilet, he took the drugs out of his bag and continued to take some more.

‘The man then approached him and asked him for some of his cocaine and the defendant obliged. No money was passed for it.

‘The man took it, they left the toilets and returned to the bar and the defendant maintains that he bought the man a drink. 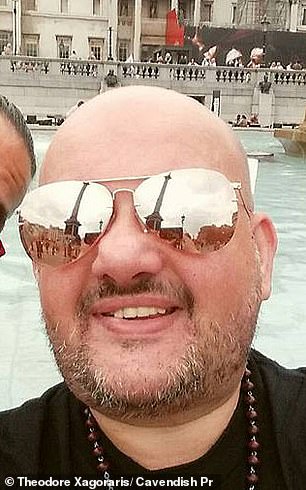 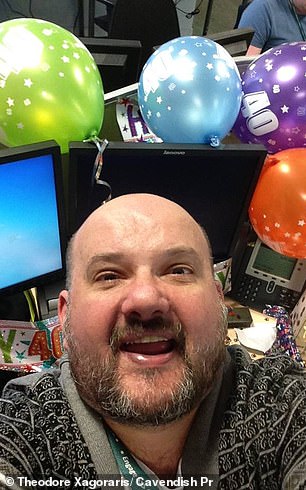 At Manchester Crown Court, Greece-born Xagoraris (pictured) who lives in a quayside flat in the city centre, wept as he admitted a charge of supplying a Class drug A

‘Five minutes later, this man slumps down in his seat and appears unconscious. It’s clear from the witnesses that the defendant tries to wake him up, but has no success.

‘The defendant begins slapping the man in the face trying to bring him round. Door staff stop him and assist, the man is later taken to the Manchester Royal Infirmary.’

Under the Misuse of Drugs Act, it is an offence to supply a controlled drug to another person. In order to establish guilt, the prosecution need only show that the defendant transferred the physical control of a drug to someone else.

It is not important whether the defendant made a financial profit, although this will be reflected in sentencing. 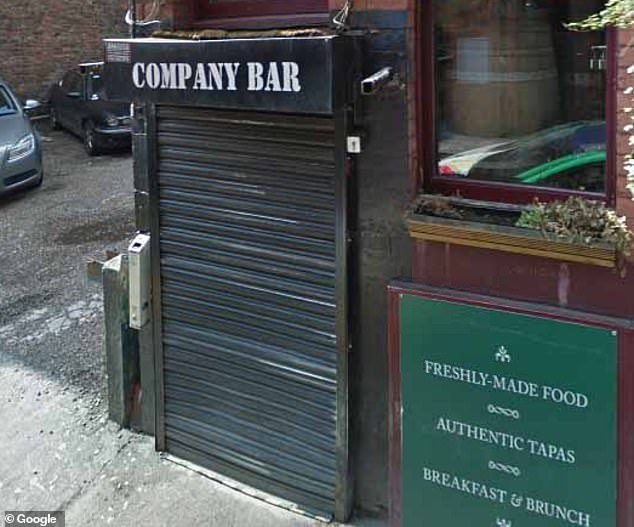 So supply can therefore range from passing a cannabis joint between friends to large scale supply for profit.

Mr Littler added: ‘The defendant was detained by police, and when they arrived, he openly confessed to providing the controlled substance, which he thought it was cocaine.

‘This was his own supply and the incident was absent of financial gain.’

In mitigation, Xagoraris’ defence lawyer Katie Jones said: ‘He made a confession about what had happened at the time when this unfortunate set of circumstances occurred at the night club in question. 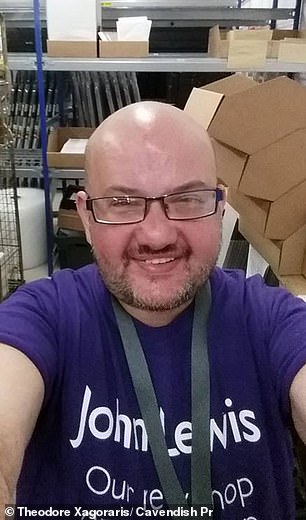 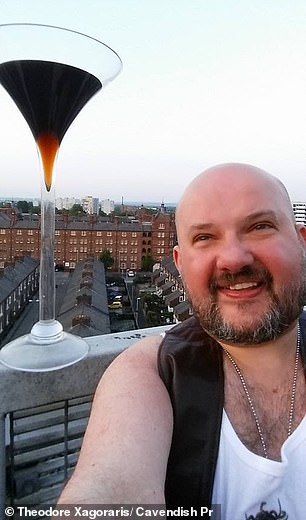 Xagoraris (pictured) was handed a sentenced to eight months in prison, which was suspended for a year

‘He is a man of previous good character. He is a hard working individual and is extremely well thought of. He works at John Lewis three days a week and he works at Harvey Nichols one day a week.

The law on drug supply

There are several offences connected with the supply of drugs.

They are: Actual supply, offer to supply, being concerned in supply, aggravated supply, possession with intent to supply.

Actual Supply: It is an offence to supply controlled drugs to another person.

To establish guilt, the prosecution need to show that the defendant transferred the physical control of a drug to some else.

It is not important whether the defendant made a profit – but this will be reflected in the sentencing.

‘He supports his family back in Greece having moved here to further his education. He did a degree at Staffordshire University, then he went to Manchester Airport to improve his English.

‘His brother suffers with mental illnesses and he provides for his brother financially. He works very hard and he is a man not without his own health difficulties.’

Sentencing him to eight months imprisonments suspended for a year Judge Elizabeth Nichols said: ‘The court regards these offences as serious but you are a man of good character and you were completely shocked by what happened on that night.

‘Since this offence you have sought advice from various agencies to address your own addiction or your own use of drugs.

‘If you continue to live your life that you lived before that night and if you don’t commit any further offences, the sentence will be spent. However, if you commit further offences you will be back to court will a real risk of that sentence being activated.

‘I have absolutely no doubt you will learn from your experience. You have stood in a criminal court and you have lost your good character.’