John Wayne Airport in Southern California temporarily evacuated its terminals Friday night due to a “security incident” that eventually led to the arrest of a suspect who had been hiding in a ceiling after stealing an airport vehicle, authorities said.

The suspect was reportedly taken into custody around 10 p.m. PT.

Earlier, officials at the airport, in Orange County, south of Los Angeles, acknowledged on Twitter around 7:30 p.m. PT that they were “responding to a security incident” but didn’t elaborate.

Around 8:30 p.m. the airport reopened and was allowing passengers through security again, warning them that flight cancellations and delays should be expected.

Orange County sheriff’s deputies had negotiated with the suspect while he hid in the ceiling of Terminal B, a reporter from KNBC-TV in Los Angeles wrote on Twitter. The suspect had reportedly stolen an airport vehicle and driven onto the airfield prior to being taken into custody. 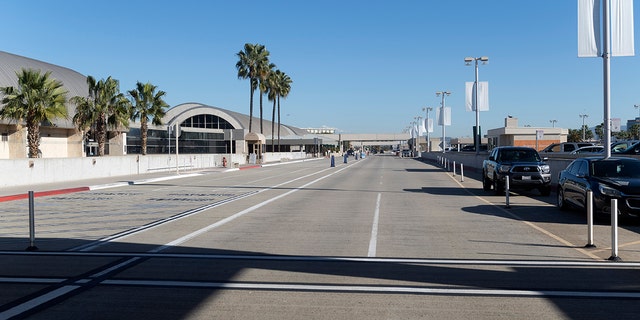 Many on Twitter posted about delays caused by the incident.

“Stuck on the tarmac at John Wayne Airport,” California state Sen. Dave Min tweeted. “Apparently, there was a ‘security breach’ and they’re clearing the terminal. After a long week, can’t wait to get home but it may be a while. Thanks to airport security, TSA, and local police for keeping us all safe.”

This story is developing. Check back for updates.