A MASSIVE explosion has ripped through an army base in Jordan shattering the windows of nearby homes.

Video shows the enormous blast which could be heard up to 20 miles away as a fireball erupts from the site near Zarqa. 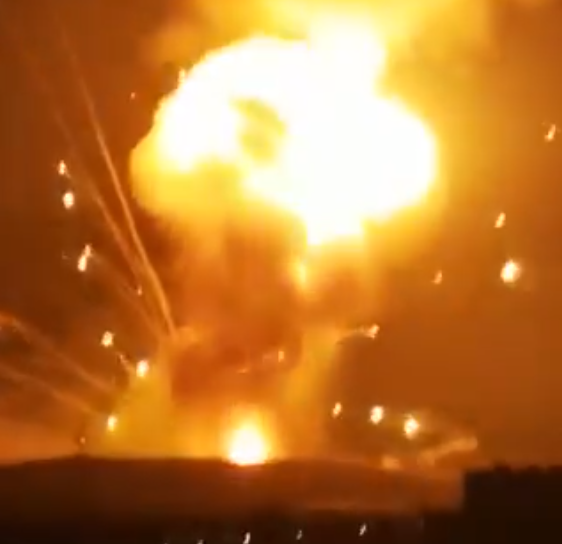 Horrifying footage shows people screaming as the night sky is lit up by the enormous blast in the distance.

Flaming rubble can be seen being ejected from the blast zone.

Residents said that windows of homes were shattered in parts of Zarqa.

Witnesses also felt a shockwave and tremors in the ground rock their neighbourhoods.

The series of explosions is said to have taken place at an ammunition depot at a military base storing unusable mortar shells.

Jordanian media outlets initially reported two people were dead, but security services have since insisted there were no casualties.

Authorities said initial reports of injuries and deaths were based on "old" information from a previous incident in 2019.

Army sources said the area around the blast zone is "uninhabited" and a committee has already been formed to investigate to the explosion. 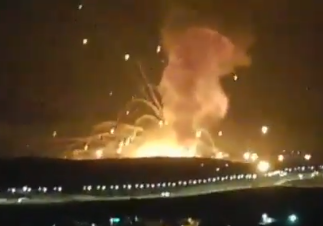 He said: "According to the Army General Command, until this moment, no casualties have been recorded as a result of the explosion."

Military sources said the explosion happened at the ammo depot which was in the process of being dismantled.

Locals have already compared the explosion to the horrifying blast in Beirut last month that levelled the city's port area.

Witnesses described the blast as appearing to be "something chemical".

It comes after a fire erupted in the ruined part of Beirut yesterday just a month after the explosion that killed at least 190 people. 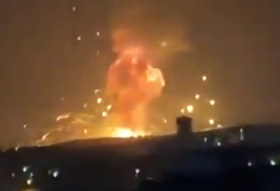 Last month's gigantic explosion was triggered by the explosion of 2,700 of tonnes of ammonium nitrate which was stored unsafely in a warehouse for years.

Lebanon's entire government announced it was stepping down following the disaster which left 300,000 people homeless and 6,000 injured.

The horrific explosion was one fifth the size of the nuclear bomb dropped on Hiroshima.

British engineering experts found the blast was "unquestionably" one of the largest non-nuclear explosions ever to take place.

The team from the University of Sheffield has calculated the strength of the blast based on the videos and photographs of the catastrophe.