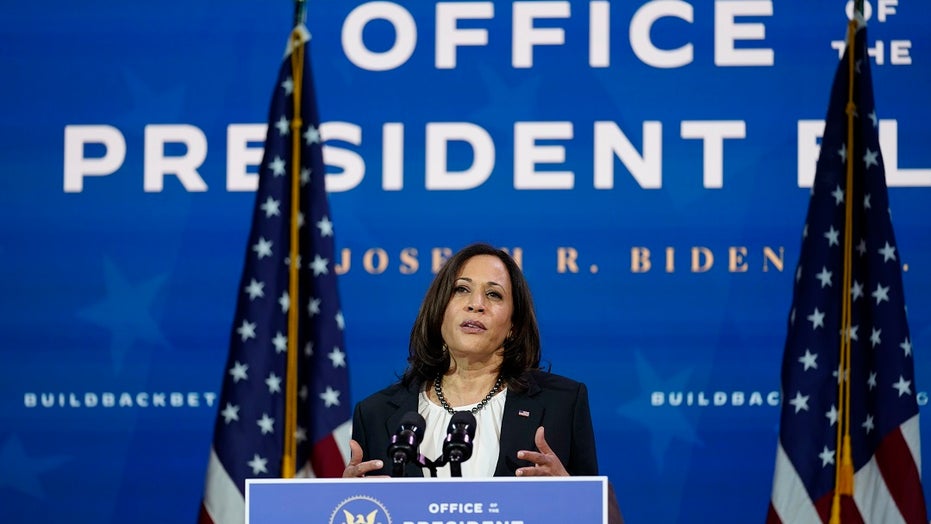 Vice President-elect Kamala Harris called for gun reforms to honor the victims of the Sandy Hook Elementary School mass shooting on Monday, which marked the eighth anniversary of the tragedy that took the lives of more than two dozen people, including 20 first-graders.

Harris marked the occasion in a tweet that was accompanied by pictures of the victims.

"Today marks 8 years since 20 first-graders and 6 educators were murdered at Sandy Hook Elementary School," she wrote. "To honor the lives lost in this terrible tragedy, it’s past time we implement common-sense gun safety reforms to keep our children safe."

Advocates for gun control measures have often cited the Dec. 14, 2012, shooting at the Newtown, Conn., school and other mass shootings. The Sandy Hook shooting left 20 first-graders and six teachers and staff dead.

On Monday, Sen. Richard Blumenthal, D-Conn., said the victims should be honored with "positive action" and to "redouble efforts against gun violence under a new administration."

"We mark this painful 8th anniversary of the shooting at Sandy Hook with renewed resolve—to honor the beautiful lives lost with positive action & redouble efforts against gun violence under a new administration," he tweeted.

Gun control is often called the third rail of American politics, eliciting strong reactions on both sides of the debate. Since Sandy Hook, more than 20 state legislatures have expanded background check requirements on some types of firearms, The Hill reported.

Some states have also passed red flag laws, which give law enforcement the power to confiscate weapons belonging to those who may pose a danger to themselves or others.