She told a royal fan that the youngsters had been up "very early" opening their gifts, as the adults arrived for church today.

Usually it is the norm for royals to exchange gifts on Christmas Eve – with joke presents.

And Kate, 36, previously gave her brother-in-law a 'grow your own girlfriend' kit.

Prince Charles' favourite ever gift is reportedly a white leather toilet seat from Princess Anne, which he found so comfy that it now travels with him on his overseas tours. 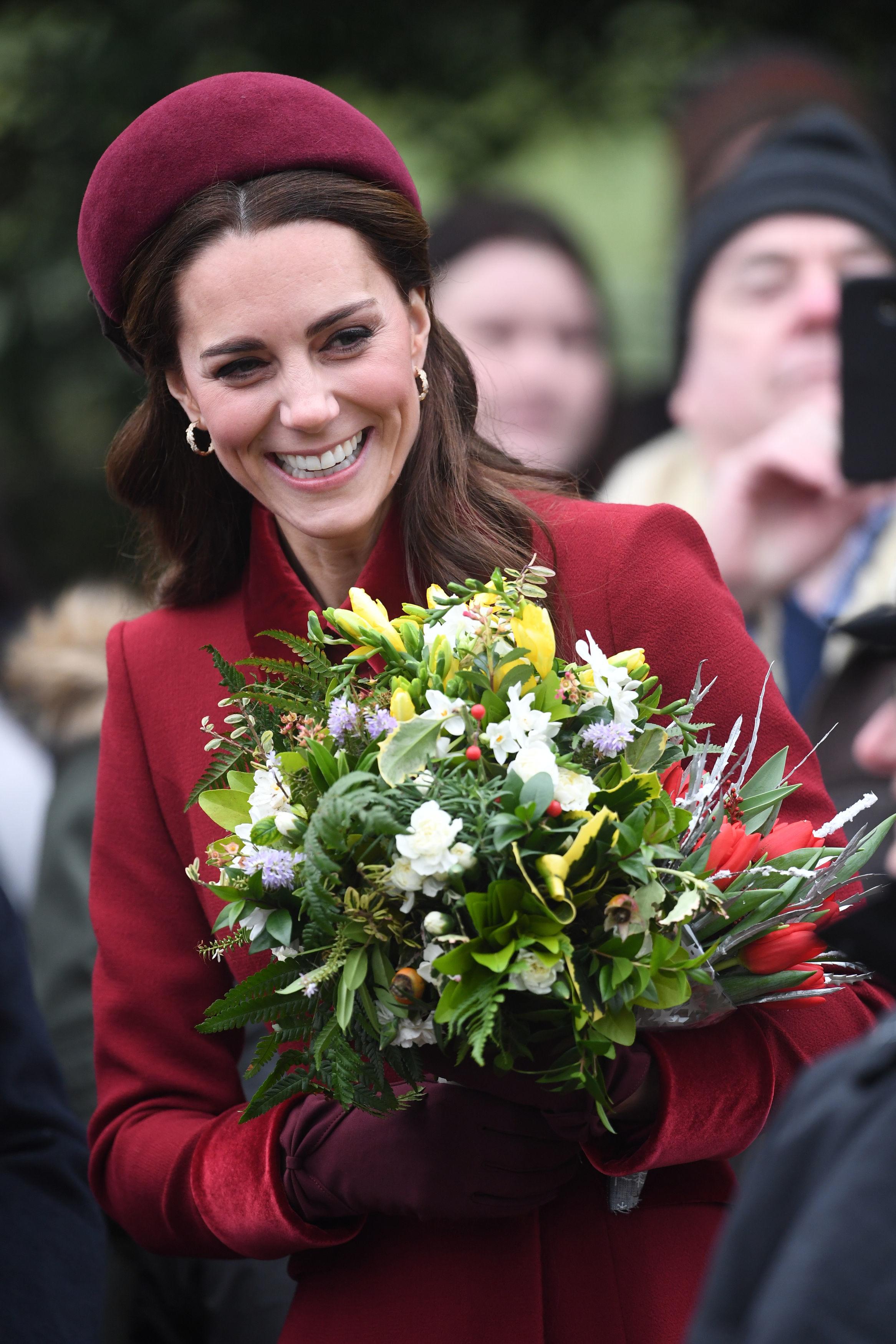 CHRISTMAS TRADITIONS FOR A ROYAL

It isn't know for certain what tradition dictates for the royal children, but they too may be usually expected to open their presents the day before.

But the Duchess of Cambridge revealed her kids had excitedly opened their presents this morning, as she joined Meghan and their husbands for church.

The pair have been the subject an alleged rift – with rumoured reports of various disputes.

But as they walked with the rest of the family the short distance from the Queen's Sandringham home to St Mary Magdalene Church they were all smiles.

Hundreds of well-wishers had braved the cold conditions to see the "fab four". 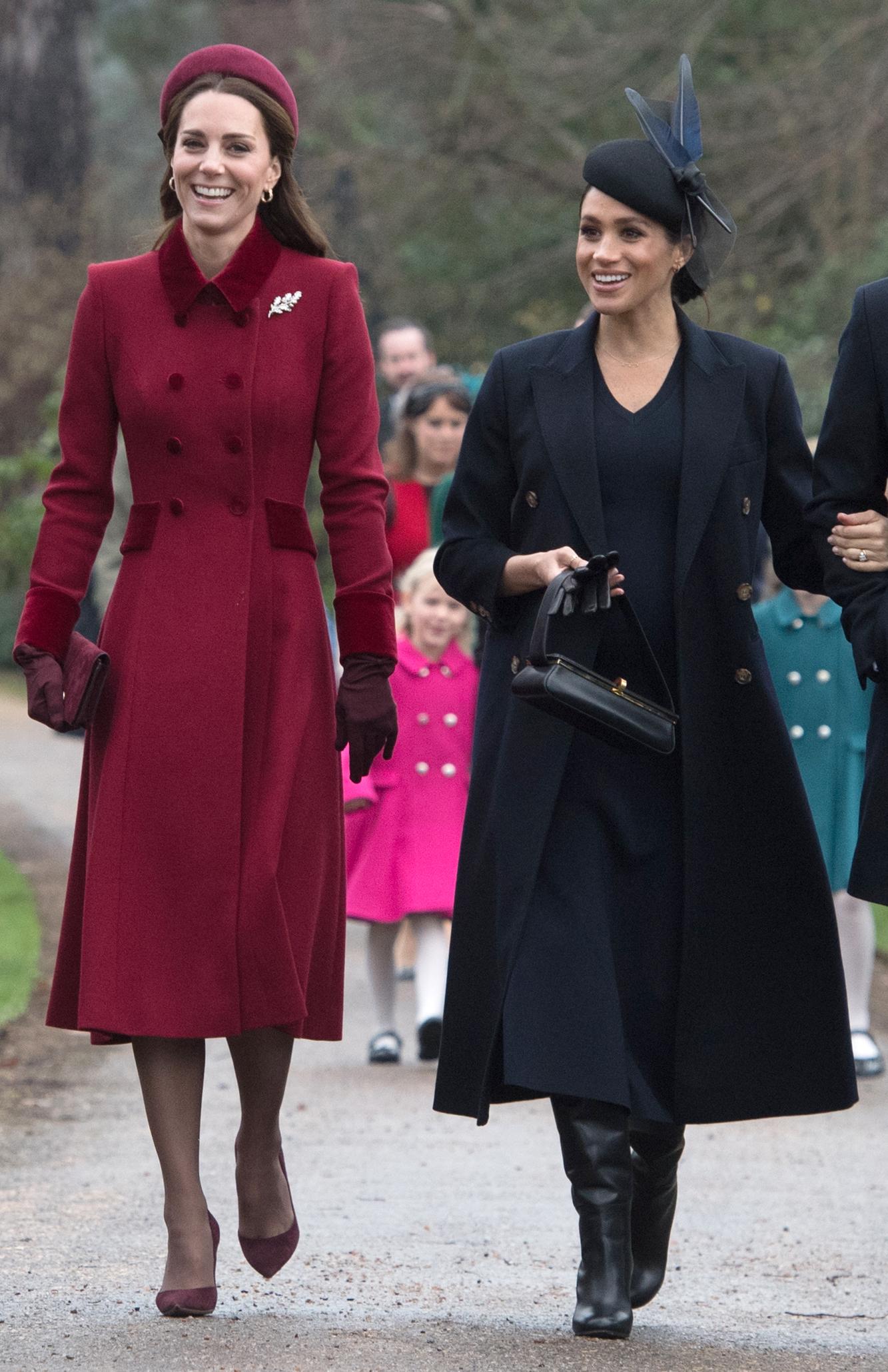 This is 37-year-old Meghan's second Christmas with the Windsors, but her first as an official part of the family.

After church the group will have returned to Sandringham they will have tucked into an afternoon tea, before a formal dinner.

Pre-recorded and shown at 3pm, the Queen has done a televised Christmas broadcast every year since 1957.

But she doesn't like to watch herself, and is said to go for a walk around Sandringham's 8,000 hectare grounds instead.

After dinner comes charades – a reported favourite of Her Majesty.

And sticking to tradition dictates that no-one is allowed to go to bed before the Queen, who's normally up until midnight on Christmas Day.