Sir Keir Starmer today warned Boris Johnson ‘this has to be the last lockdown’ as the Labour leader urged the Prime Minister not to give into demands from Tory rebels to speed up the lifting of restrictions.

Sir Keir said the success of the nation’s coronavirus vaccination drive means there is now ‘light at the end of tunnel’ after Mr Johnson unveiled his lockdown exit strategy.

But he said Mr Johnson will face increasing pressure in the coming days from some on his backbenches to ‘throw caution to the wind’.

Sir Keir said the PM must ‘face this down’ and stick to his cautious plan to avoid throwing away the progress made during the national shutdown.

The Labour leader also demanded to know whether Professor Chris Whitty and Sir Patrick Vallance had supported the PM’s plans to reopen all schools in England on March 8.

Mr Johnson said the Chief Medical Officer and the Chief Scientific Adviser were both on board with the proposals as he asked Sir Keir to ‘persuade’ teaching union bosses to also support the approach. 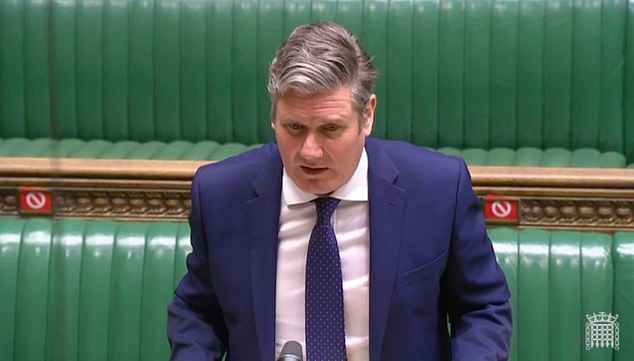 The PM’s plans for easing lockdown will begin with the reopening of all schools on March 8.

Further rules will then be lifted at five-weekly intervals with the aim of returning to something close to normal life in June.

Speaking after Mr Johnson set out the details of his roadmap in the House of Commons this afternoon, Sir Keir said: ‘In the past we have emerged without sufficient caution, without a clear plan and without listening to the science.

‘We can’t afford to make those mistakes again. This has to be the last lockdown.

‘The vaccine rollout, as the Prime Minister said, has been remarkable and I want to pay tribute to everybody involved.

‘It is the light at the end of the tunnel, but if we are going to get there we have to tread very carefully.

On the specific issue of schools reopening, he said: ‘The confidence of parents, teachers and school staff will be critical so can the Prime Minister please confirm that the Chief Medical Officer and the Chief Scientific Adviser support the full reopening of all schools on March 8.

‘Will he commit to publishing all of the relevant medical evidence on this issue?’

The Covid Recovery Group of approximately 60 Tory MPs has urged the PM to move more quickly on easing lockdown rules.

Sir Keir said Labour will support the roadmap as long as Mr Johnson does not bow to pressure to go faster.

‘We support the twin principles the Prime Minister has set out today, the lifting of restrictions must be both cautious and irreversible,’ the Labour leader said.

‘But I know the Prime Minister will come under pressure from those on his own benches to go faster and to throw caution to the wind.

‘Last week it was reported that around 60 of his own MPs called for the end of all restrictions by the end of April. 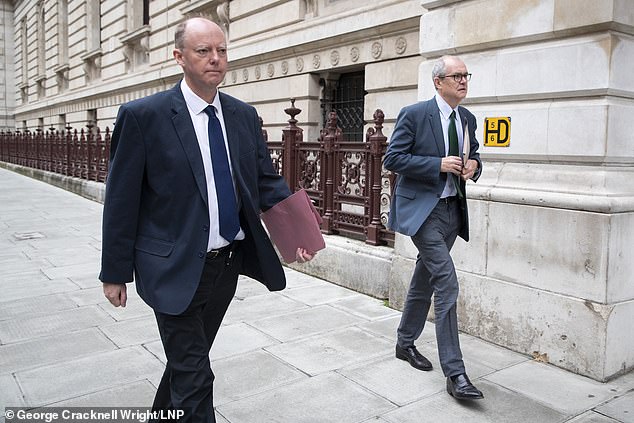 ‘I am sure there are going to be similar calls this afternoon. I hope the Prime Minister takes the opportunity to face this down because if this roadmap is to work he needs to listen to the chief scientific officer and the chief medical officer, not the honourable members for Wycombe [Steve Baker] or the Forest of Dean [Mark Harper].

‘If the Prime Minister does he will have our support and will secure a majority in the House. If he does not we will waste all of the sacrifices of the last 12 months.’

Responding, Mr Johnson said both Professor Whitty and Sir Patrick supported his plans for reopening all schools on March 8.

He said: ‘He is right to say that it is a priority to get schools back safely and I am delighted that he agrees with that and I can certainly say that that plan for March 8, for all schools back on March 8, is supported by the Chief Medical Officer and the Chief Scientific Adviser.

‘It would be a good thing if he could perhaps persuade some of his friends in the unions to say so as well.’