A MUM was left horrified after she allegedly found feathers poking out of her son’s KFC hot wings.

The shocked customer slammed the fast food chain as she shared pictures of the fried chicken online, saying she “won’t ever eat KFC again”. 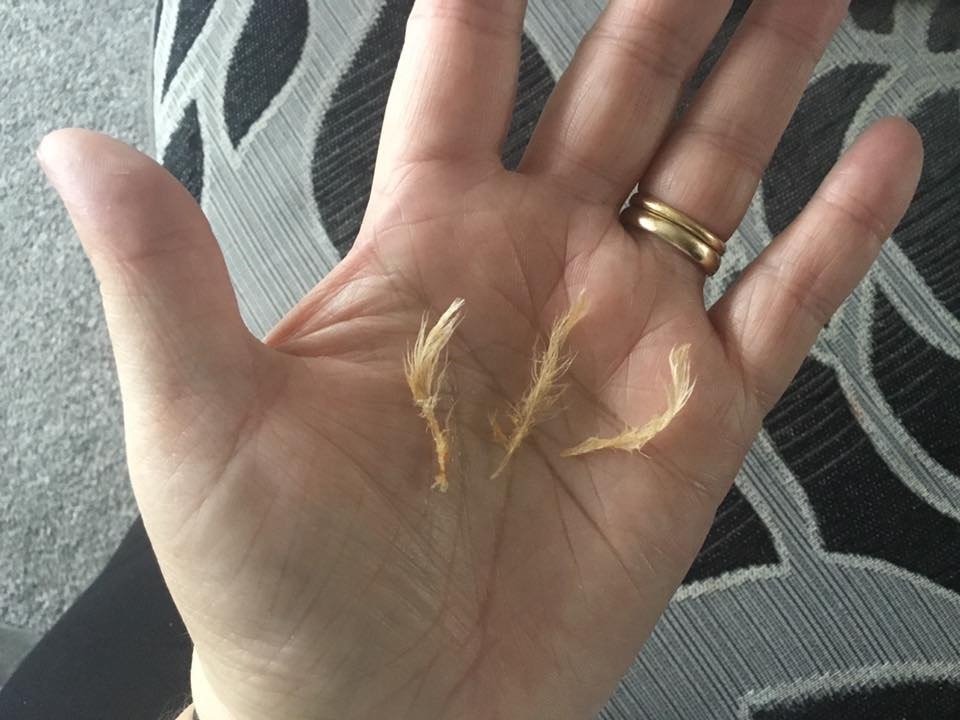 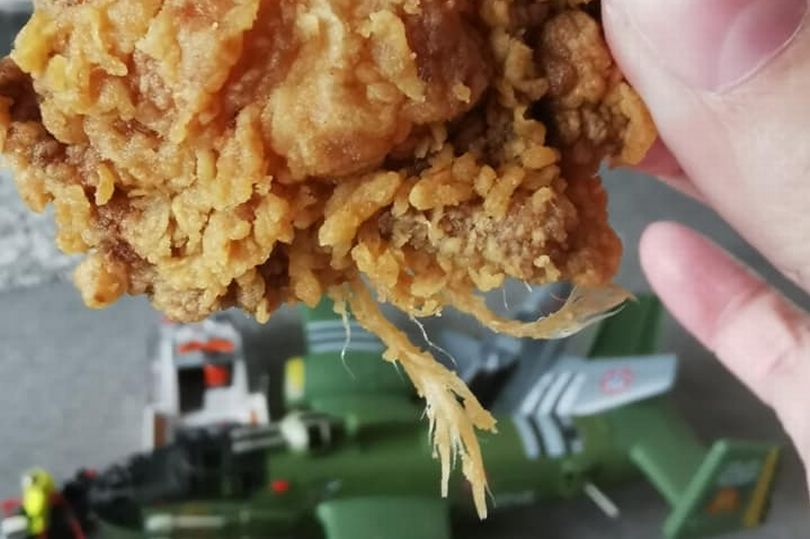 The Blackpool woman ordered a KFC from their Cornelian Way branch using Uber Eats, and was left horrified after she allegedly saw three feathers poking out from one of the hot wings.

The appalled customer posted pictures of food on a community food page yesterday, and said her young son thought the feathers looked like small legs.

The woman, who did not want to be named, said: “I have received an apology, refund and also been told that in no circumstances should I have been sent that food.

“KFC should not [be] giving this to a customer, surely it’s not good food hygiene to leave feathers attached if that’s what they are.”

The woman later got half her money back from Uber Eats – an £8.19 refund.

It doesn’t meet the Colonel’s usual high standards, and it’s certainly not the reunion we want people to have with their favourite fried chicken after some time apart!

She told LancashireLive: “I won’t ever eat KFC again.

“Because I ordered from Uber Eats I only got a partial refund just for the meal even though the lot was wasted.

“When I went to KFC the manager just came over to my car in the car park and he couldn’t give me a refund as I had ordered from Uber.”

A KFC spokesman said the feathers were "harmless", but said the incident "doesn't meet the Colonel's usual high standards".

They said: "Not ideal. Feathers can happen when dealing with fresh chicken – they’re harmless, but it goes without saying they shouldn’t be there.

"It doesn’t meet the Colonel’s usual high standards, and it’s certainly not the reunion we want people to have with their favourite fried chicken after some time apart! "We’re sorry we missed them, so we’d like to invite the customer to get in touch with us and we will make things right.”

It comes after a diner in Scotland found a feather in his KFC burger last month.

The customer had picked up four mini fillet burgers and two drinks at the firm’s branch in Kilmarnock, Ayrshire and said the experience “put him off KFC for life.”
He said: “It was absolutely vile.

“I took the burger straight back when I saw this.” 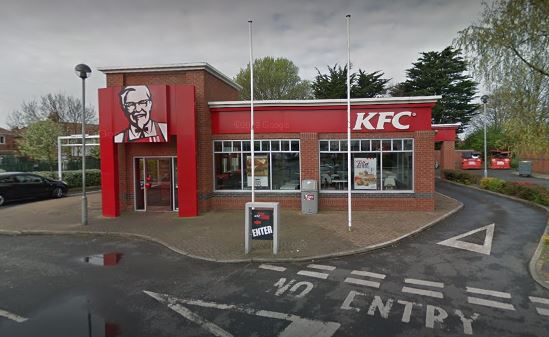