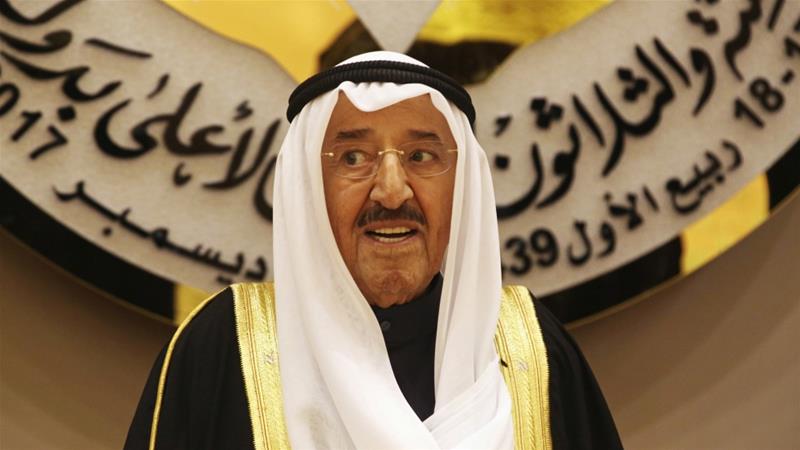 The emir of Kuwait has urged Gulf countries to settle their differences as a row among three of the Gulf Cooperation Council’s (GCC) members and Qatar enters its eighth month.

Addressing a meeting of senior GCC legislators on Monday, Emir Sheikh Sabah Al Ahmad Al Sabah said the “deteriorating circumstances” in the Gulf “represent a challenge to all of us”.

“We all understand the problems facing our GCC, and these problems require more meetings and consultations on all levels,” he said. “We will never be able to face these challenges individually.”

The two-day gathering in Kuwait City comes amid the region’s worst diplomatic crisis in recent history.

GCC members Saudi Arabia, Bahrain and the United Arab Emirates, as well as Egypt, severed diplomatic, trade and travel ties with Qatar in June, accusing it of supporting “terrorism”.

Kuwait, the main mediator in the standoff, has called for talks to resolve the dispute, but its efforts have been unsuccessful so far.

However, Sheikh Sabah said there had been some progress towards a resolution, but did not offer additional details.

“What we have in common is we will never be affected by a dispute,” he said. “We see it as temporary, however long it takes.”

Last month, the heads of state from the three boycotting states skipped the 38th GCC summit, while the UAE and Saudi Arabia announced the formation of a new economic and military partnership, separate from the GCC.

At the time, Kuwait said the council would continue to operate and carry out its duties despite the spat.

The council was established in 1981 to foster closer economic, trade and security partnerships on the Arabian Peninsula.

Its members are Kuwait, Qatar, Oman, Saudi Arabia, the UAE and Bahrain.