Aye, aye skipper! Marine engineers transform builder’s skip into a wacky motorboat before taking it out for a spin – and now they want to sail one across the Channel

These inventive friends showed there are no rubbish ideas as they sailed down the river in a 440lbs skip equipped with an outboard motor- and now want to take on the English Channel.

Marine engineers Jake Harris and Sam Newstead were enjoying post-work drinks in their yard in Rochester, Kent on Tuesday when they had the brainwave.

After plugging holes in the skip it was lowered into the River Medway where they attached the engine before setting sail. 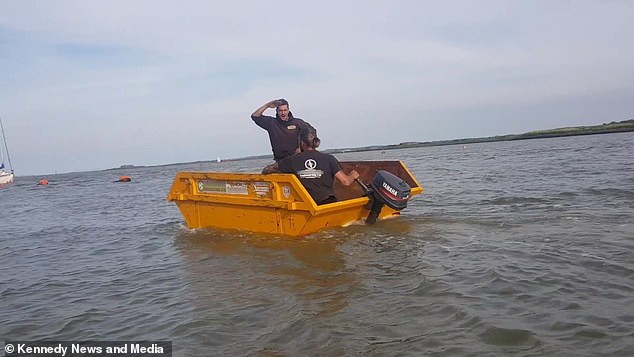 Sam Newstead, 31, salutes, aboard the unlikely vessel in the River Medway as Jake Harris controls the engine

The barmy pair posed for photos in the middle of the marina and later posted their adventure on Facebook where Jake’s post has been shared more than 11,000 times.

Jake said: ‘It took about five minutes for us to do. As long as it took to drink a can of cider. When we got out there it felt great. We just couldn’t stop laughing.

‘I’d got the skip changed that morning and me and Sam decided to have a couple of ciders after we finished work and he stood in it. We could have swam back to shore if we had to though.

‘We were going to take my little dinghy out and we couldn’t be bothered in the end so thought about strapping the outboard on this skip instead.

‘They have drain holes in them as well so we had to cover them with sticks and rags with a hammer. We were confident it’d work 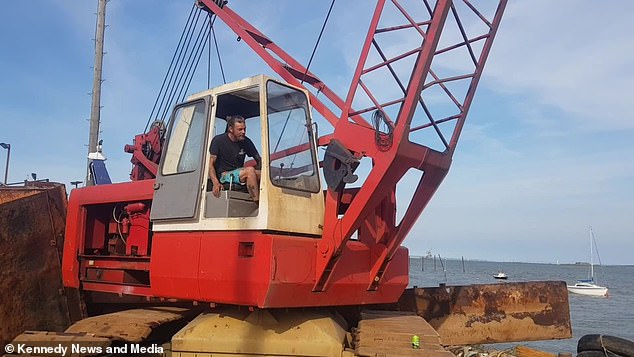 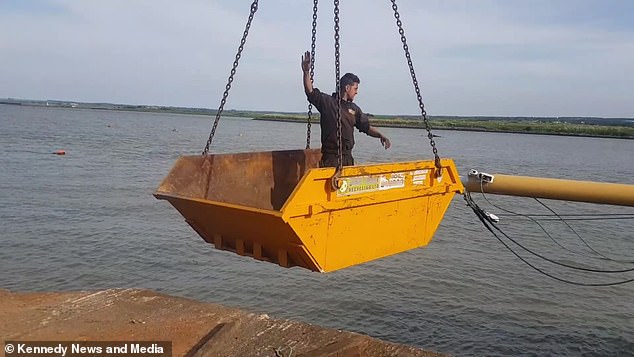 Sam directs his mate aboard the skip, possibly the first to be used as an unlikely floating device 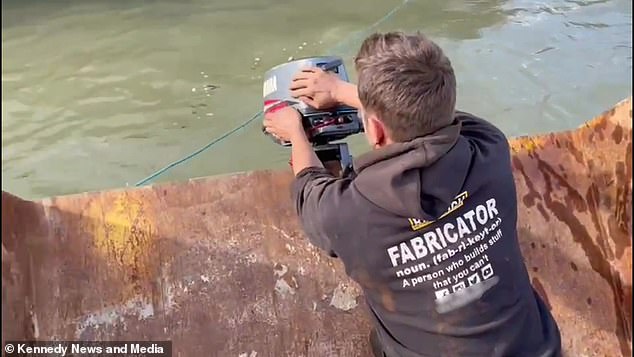 Sam, 31, carefully attaches the engine they were certain would be capable of working on water 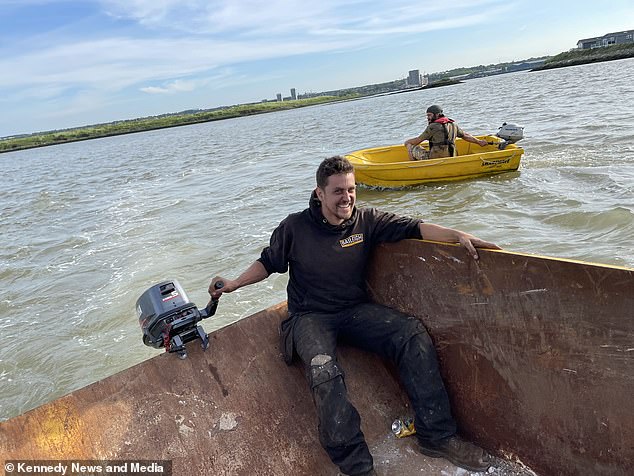 Sam Newstead, 31, looks delighted with their efforts as they switch on the motor and set sail 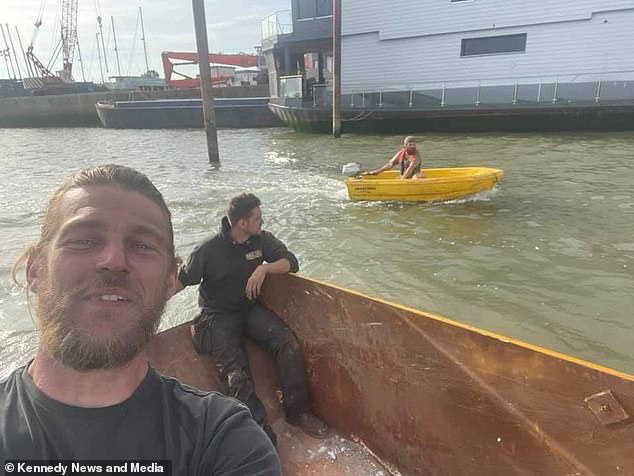 The pair’s mate Simon Melvin, 32, stayed close to the skip in a safety boat in case they ran into difficulties 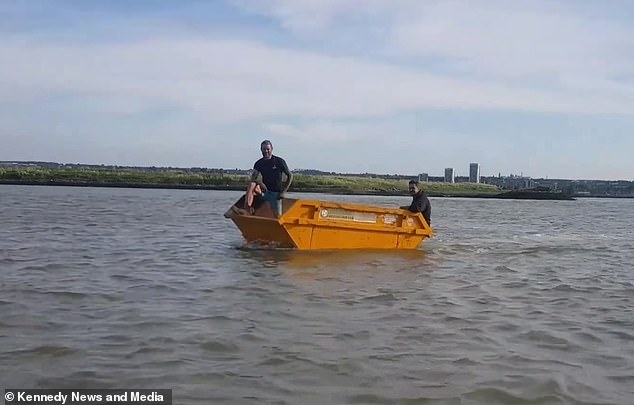 ‘We get up to stuff like this all the time. It’s what we do for fun. We weren’t nervous about it. It was just great fun.

‘We had a bit of string tied to it at first to make sure it didn’t go too far and sink but when we got about 20 yards from the wall we untied the string and just went for it.’

They have since had to return it to the hire company but they say they are in talks with a skip manufacturer to make one capable of crossing the English Channel.

Jake added: ‘The skip manufacturer posted about it and wrote ‘tell us when you make it to France boys’ so me and Sam thought we’d be up for that.

‘So that’s the next challenge. We’ll try and get them on-board and see if they’ll supply us with a skip. We’ll stretch it slightly and try to get across the Channel!’