The Los Angeles Lakers are officially out of the playoffs.

The Lakers fell 121-110 to the Phoenix Suns on Tuesday night at the Footprint Center. That, along with a win by the San Antonio Spurs in Denver, officially eliminated the Lakers from the postseason. Their loss also locked the New Orleans Pelicans into a play-in spot.

The Lakers, who won the Finals inside the Walt Disney World bubble in 2020, will now miss the playoffs for the seventh time in nine seasons — and the second time in LeBron James’ four seasons with the team. James has now missed the postseason four times in his career.

James didn’t play on Tuesday night while dealing with a lingering left ankle injury. He first went down on March 27 against the Pelicans after stepping on Pelicans center Jaxson Hayes’ foot, and said after the game he felt “horrible.” He missed a pair of games before returning, but lasted just one game before sitting on the sideline once again. He hasn’t played since, and has missed four of their last five.

The Lakers, even with James, have been struggling in 2022. Tuesday’s loss was their seventh straight and the 11th in their last 13 games. The team hasn’t won consecutive games since early January, either.

The Lakers were in the game briefly on Tuesday and down just five at halftime. An 18-4 Suns run midway through the third quarter, however, eliminated nearly all hope for the Lakers — and allowed Phoenix to roll to the 11-point win. That gave them their 63rd win this season, a franchise record.

Devin Booker dropped 32 points while shooting 6-of-9 from behind the arc to lead the Suns, who snapped a two-game losing skid and are in full control of the top seed in the Western Conference. Deandre Ayton added 22 points and 13 rebounds.

Russell Westbrook led the Lakers with 28 points in the loss. Anthony Davis, who was in his third game back with the team after missing 18 with a foot sprain, finished with 21 points and 13 rebounds.

Even if the Lakers beat the Suns, their chances of sneaking into the play-in were still slim. They would have had to win out and get some help elsewhere to pull it off.

The Lakers have just three games left in the regular season, starting on Thursday against the Golden State Warriors. It’s unclear if James will return to the lineup. He’s averaged a career-high 30.3 points per game this season, along with 8.2 rebounds and 6.2 assists, but has played in only 56 games — which isn’t enough to qualify for the league scoring title. James played in only 25 wins this season, the fewest win total he’s had in his career.

“We’ll see [what happens],” Vogel said of the final three games. “We’ll meet with the front office, our players and the coaching staff and see what’s best for our group.”

The Lakers will now have to regroup once again this offseason. Based on how the last few months have shaken out, it's sure to be a busy one for them. 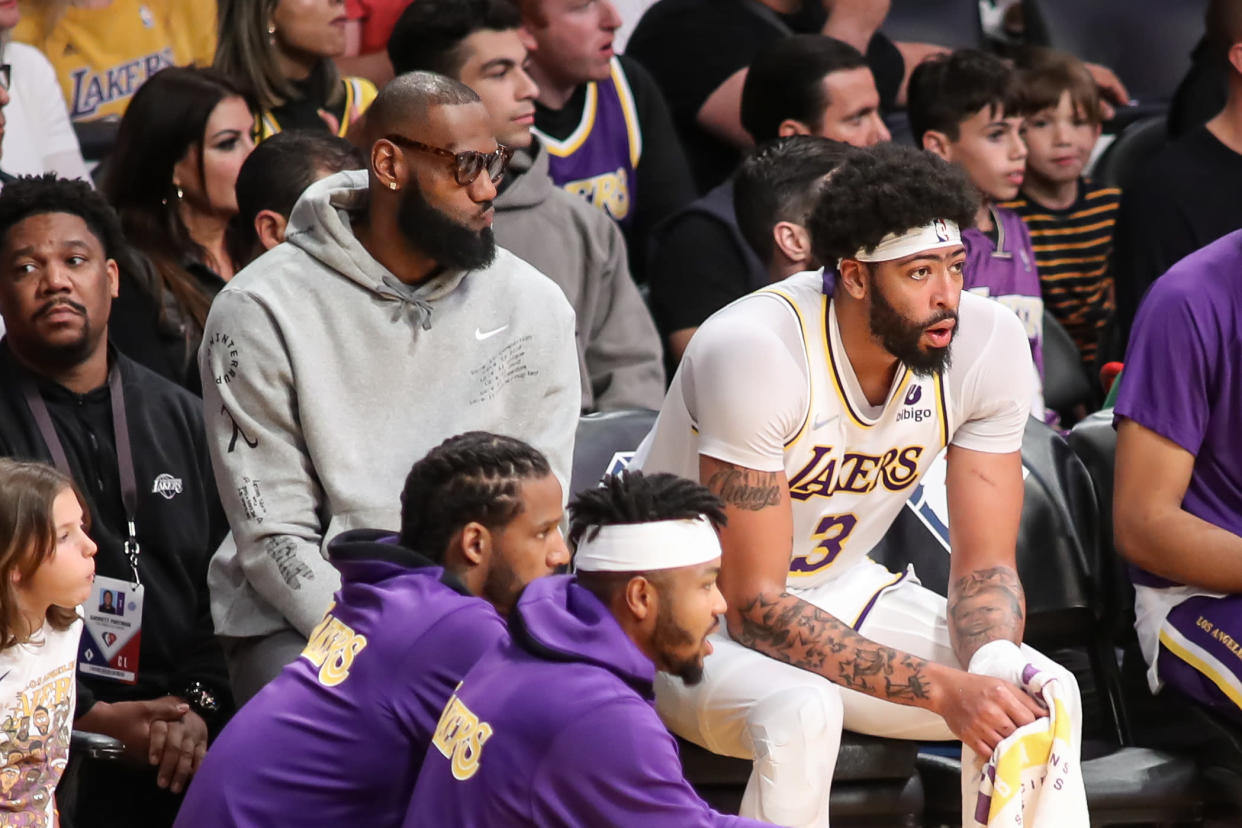