CASINOS in Las Vegas will finally reopen next month – but not before Sin City is given a comprehensive coronavirus clean up.

The gambling mecca is introducing strict news safety measures which will include disinfected dice, staggered slots and thermal scans on customers. 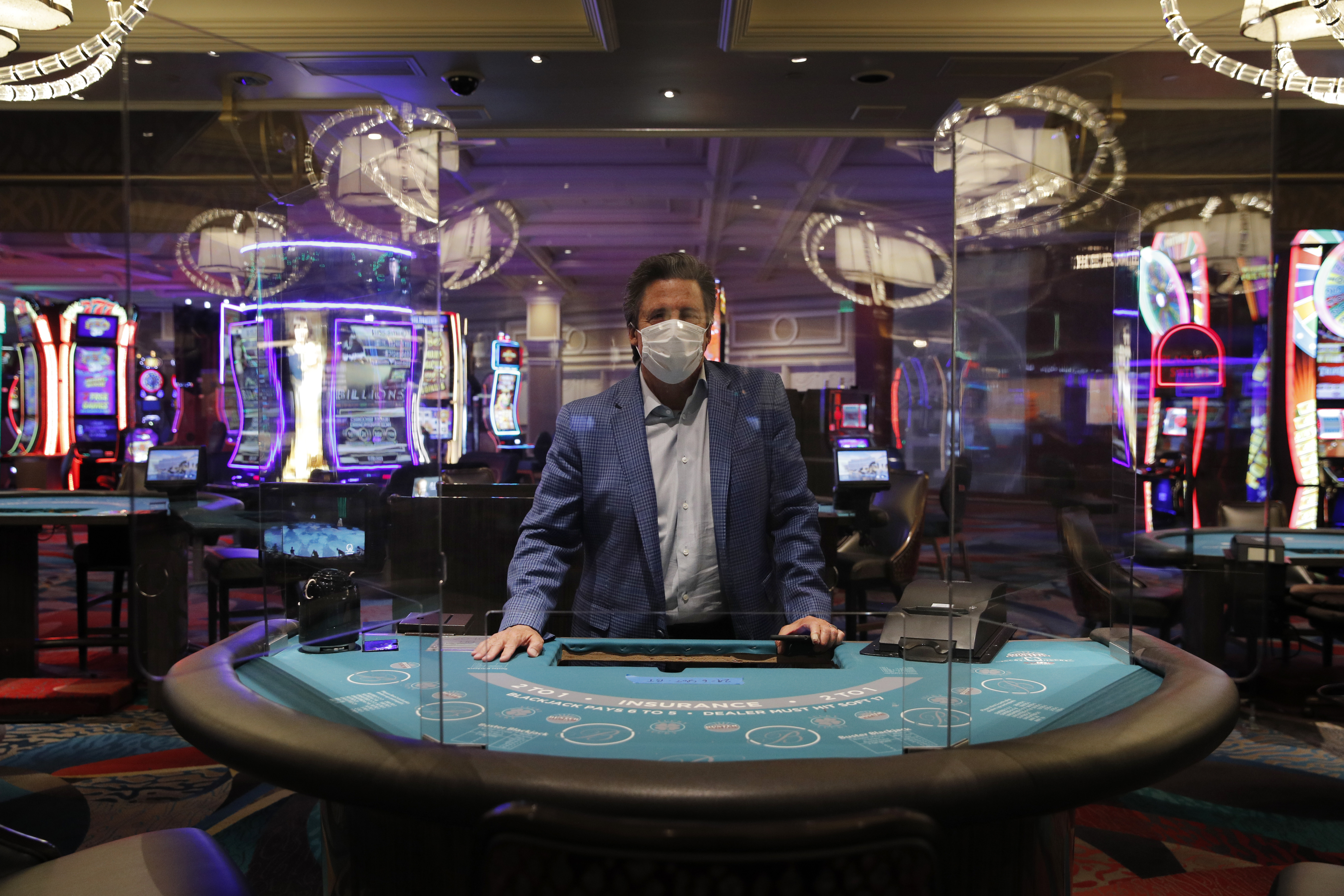 Nevada governor Steve Sisolak has set a tentative date of June 4 for cards to start being dealt once again on the Vegas strip.

But tourists returning to the city will see big changes after gambling stopped mid-March for the first time ever to curb the spread of the killer virus.

Once given the green light by health officials, the city's landmark hotels and casinos will welcome people back to the 24/7 entertainment capital of then world.

And the stakes could not be higher according to Robert Lang, who is executive director of the Brookings Mountain West think tank at the University of Nevada..

"Las Vegas can never be known as the place where people go and get sick," he said.

To make sure customers stay safe there will be rules to enforce hand washing and elevator rides will be limited to just four people. 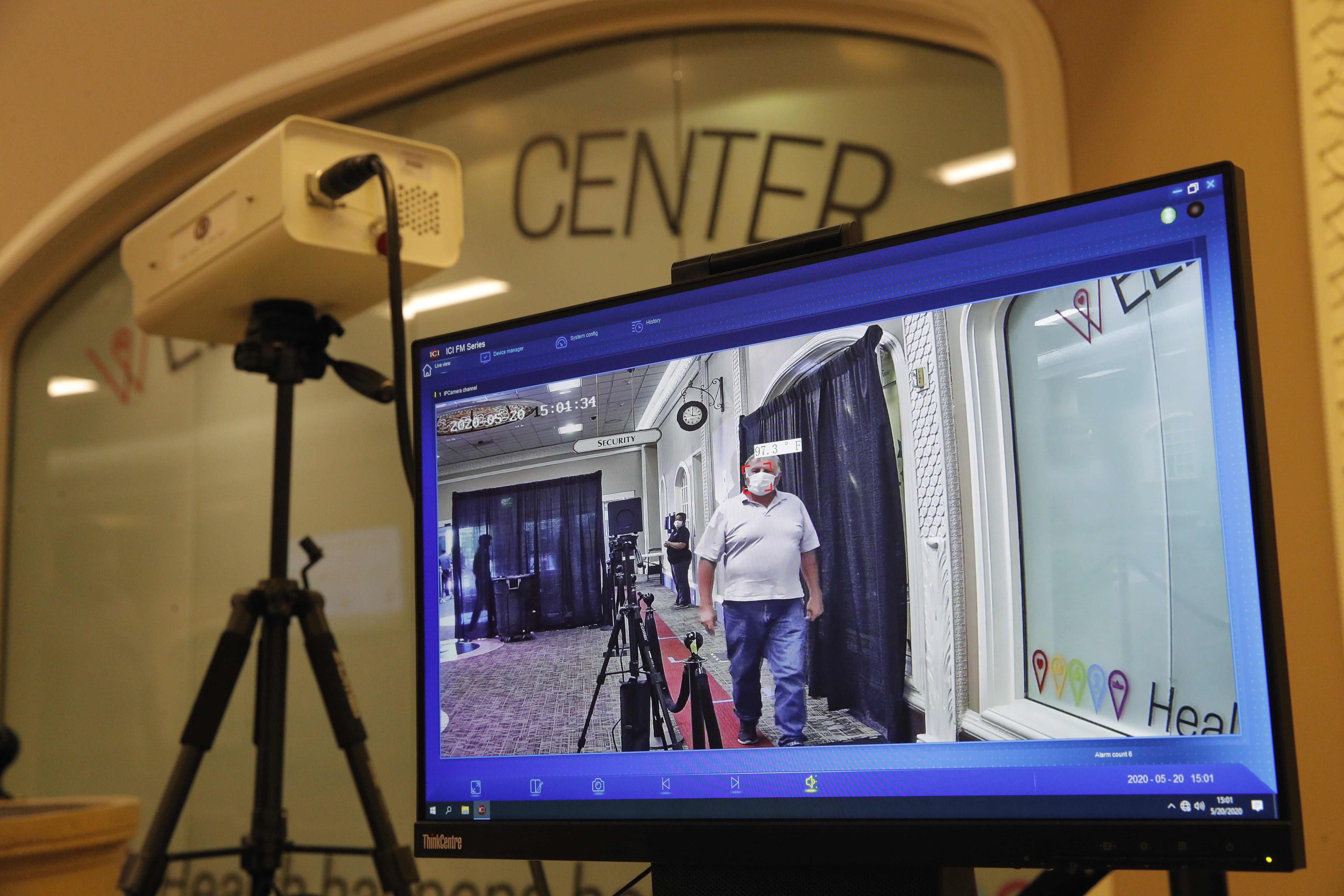 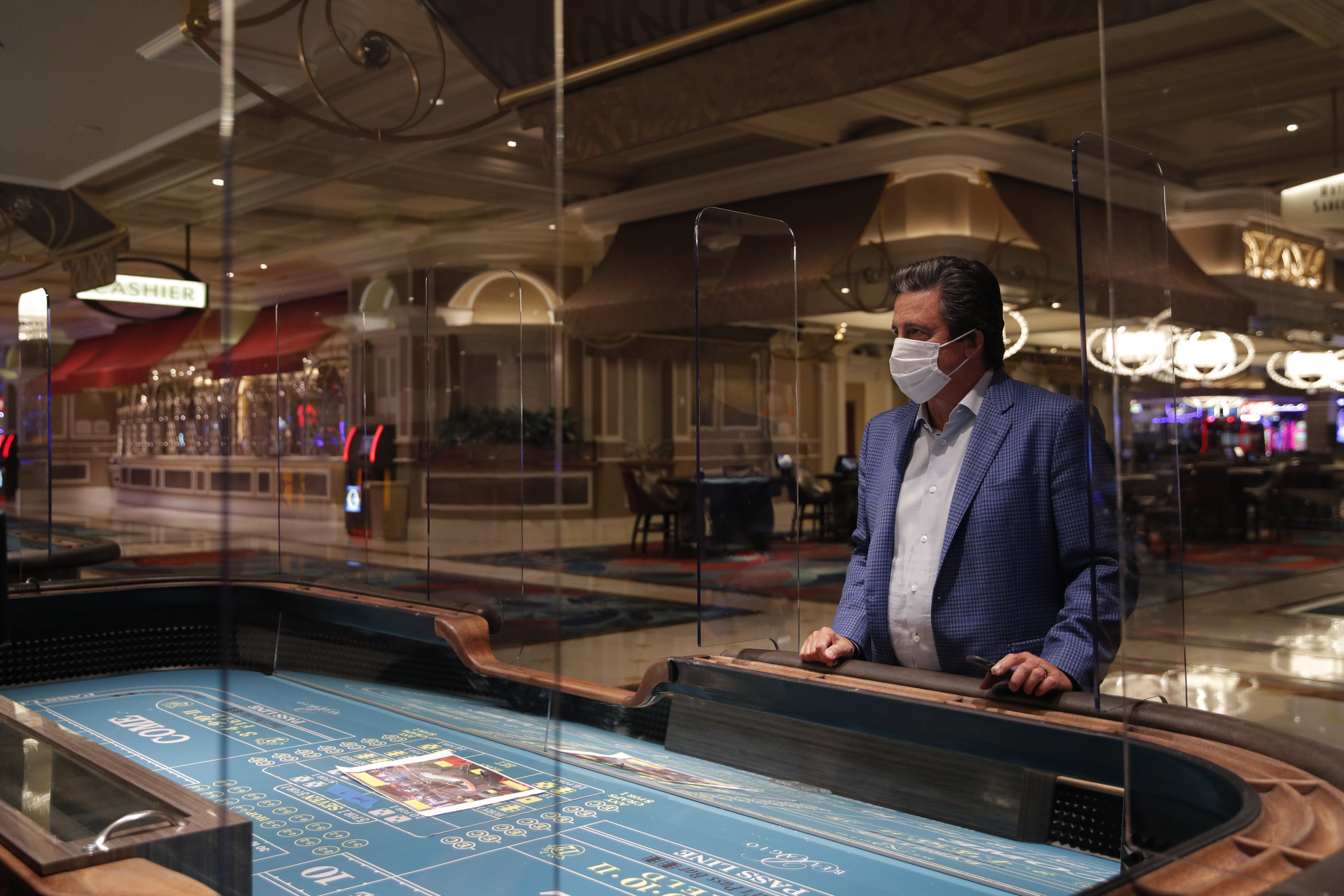 "If there's crowding, it's every employee's responsibility to ensure there's social distancing."

Dealers will be made to wear masks and private poker games will be banned for the time being.

At Caesars Palace, the layouts of craps games, card tables and slot machines will be altered to allow social distancing.

"We will be deactivating every other slot machine and removing the stool from the game," Tony Rodio, CEO of Caesars Entertainment, told CNN Business.

"A customer can't even stand here and play this game because the game's not even active, and so we will do that throughout the whole floor. 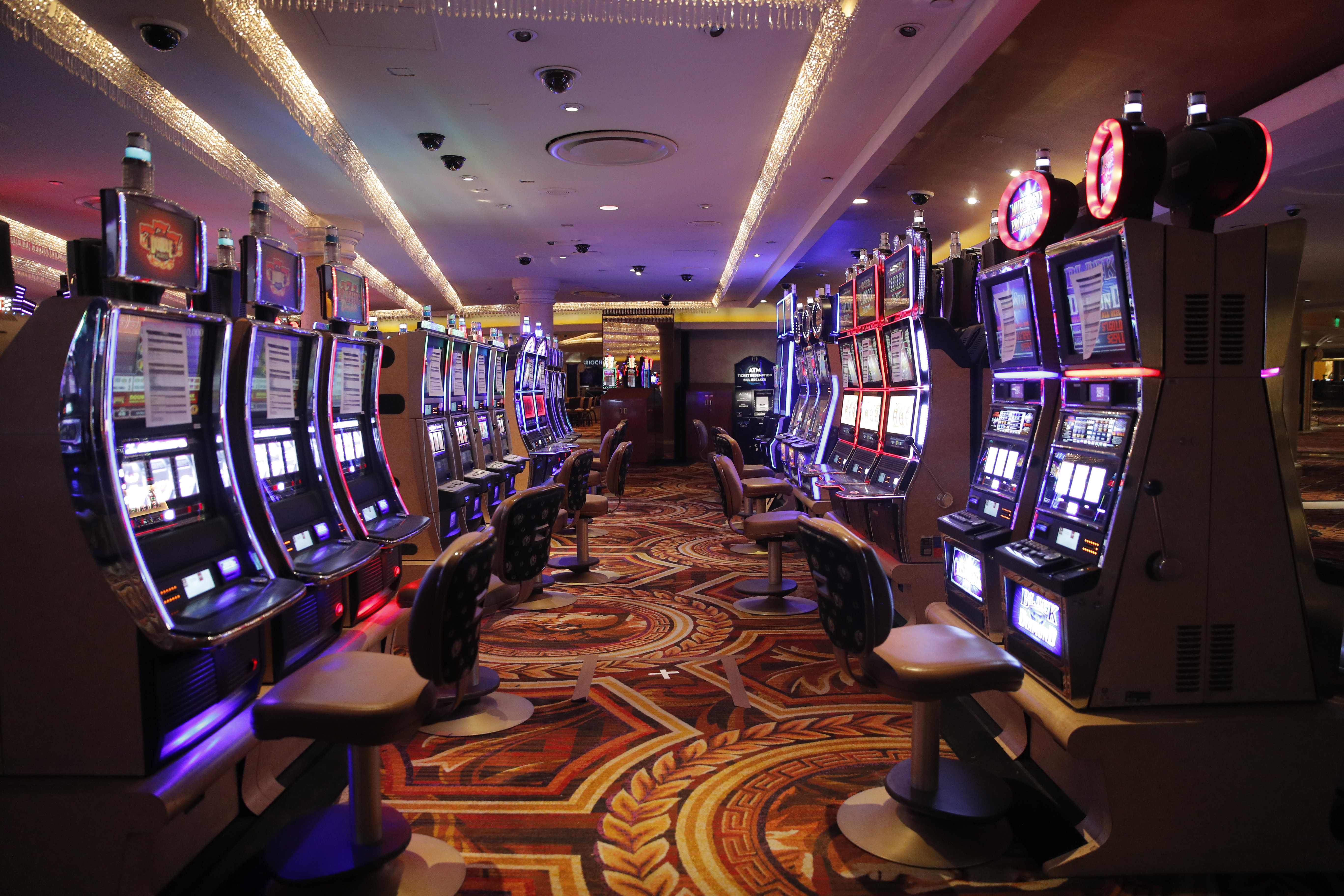 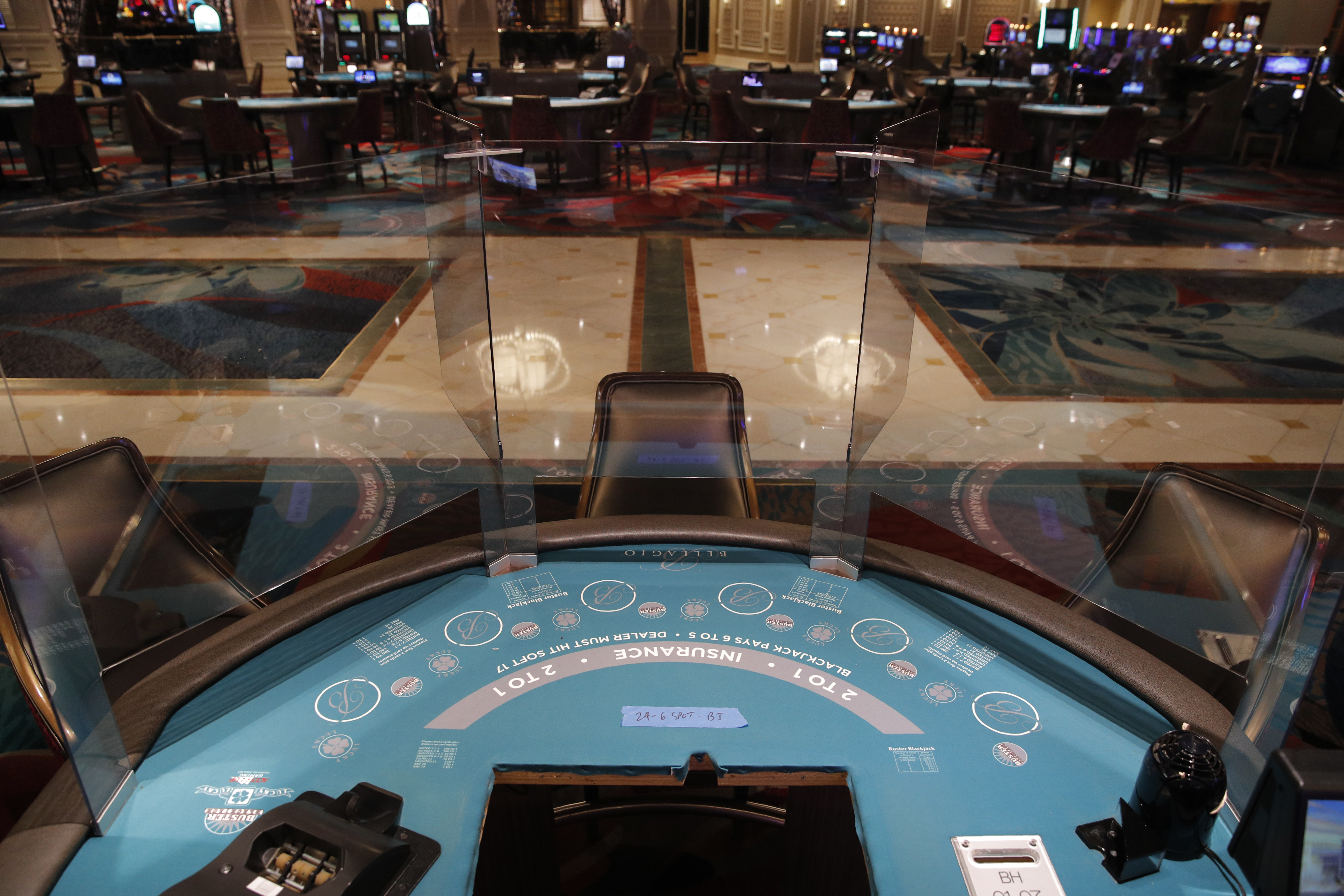 "Nobody will be able to be within six feet of any of the three customers that are playing You're certainly not face-to-face."

Gov. Sisolak said in a statement on Friday that Nevada saw falling cases of the coronavirus and hospitalizations of COVID-19 since some restrictions were eased nearly two weeks ago.

He now plans to hold a news conference on Tuesday to offer more details about the next phase of the state's reopening.

Nevada's gambling regulators also plan to meet Tuesday and will consider reopening plans submitted from casinos, which need to be approved at least seven days before gambling resumes.

"We all know what we've gone through for the last 10 weeks. No one's having fun," said Bill Hornbuckle, acting chief executive and president of casino giant MGM Resorts International.

"The simple idea that I could get out, come to a resort, lay at a pool, enjoy a nice dinner, sit at a blackjack table. There's something to be said for all of that." 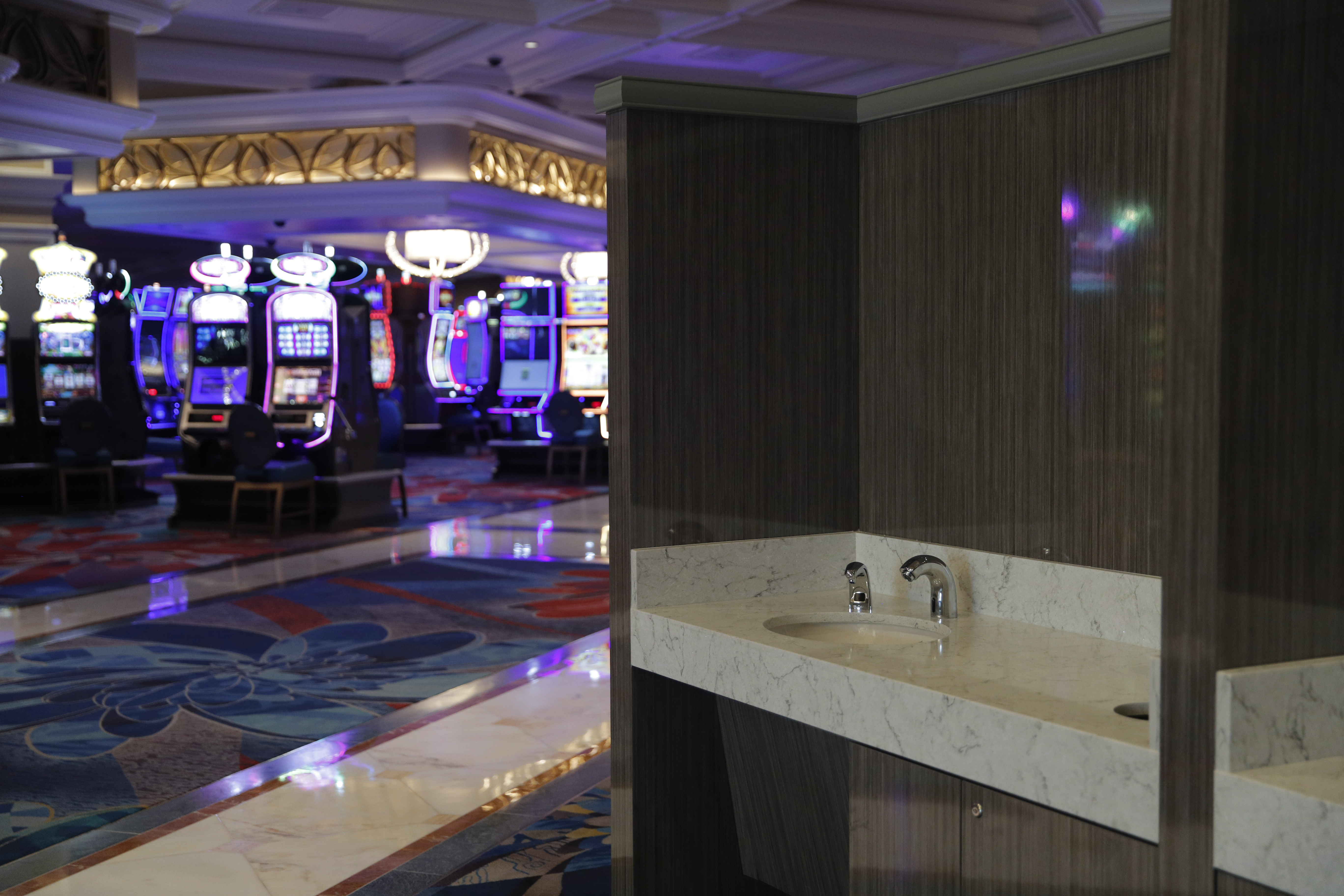 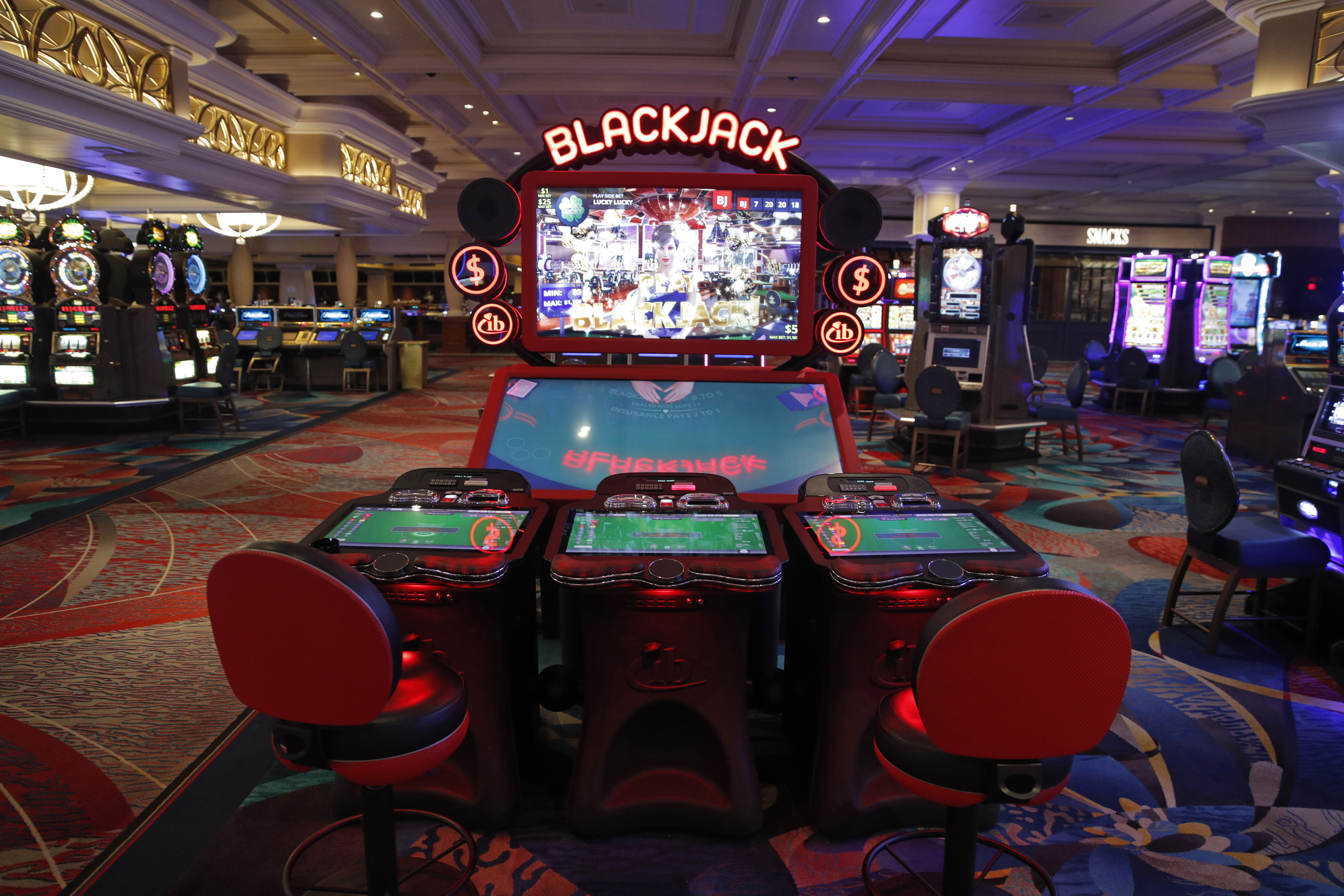 Many properties have aimed for an early June restart in Vegas – which draws more than 40 million visitors a year.

But not everything will be open.

Wynn Resorts properties and The Venetian, owned by Las Vegas Sands, plan to use thermal imaging cameras at every entrance to intercept anyone with fevers.

Smaller operators in Las Vegas and Reno will offer hand-sanitizers.

Guests will get free masks at large resorts, but won't be forced to use them. 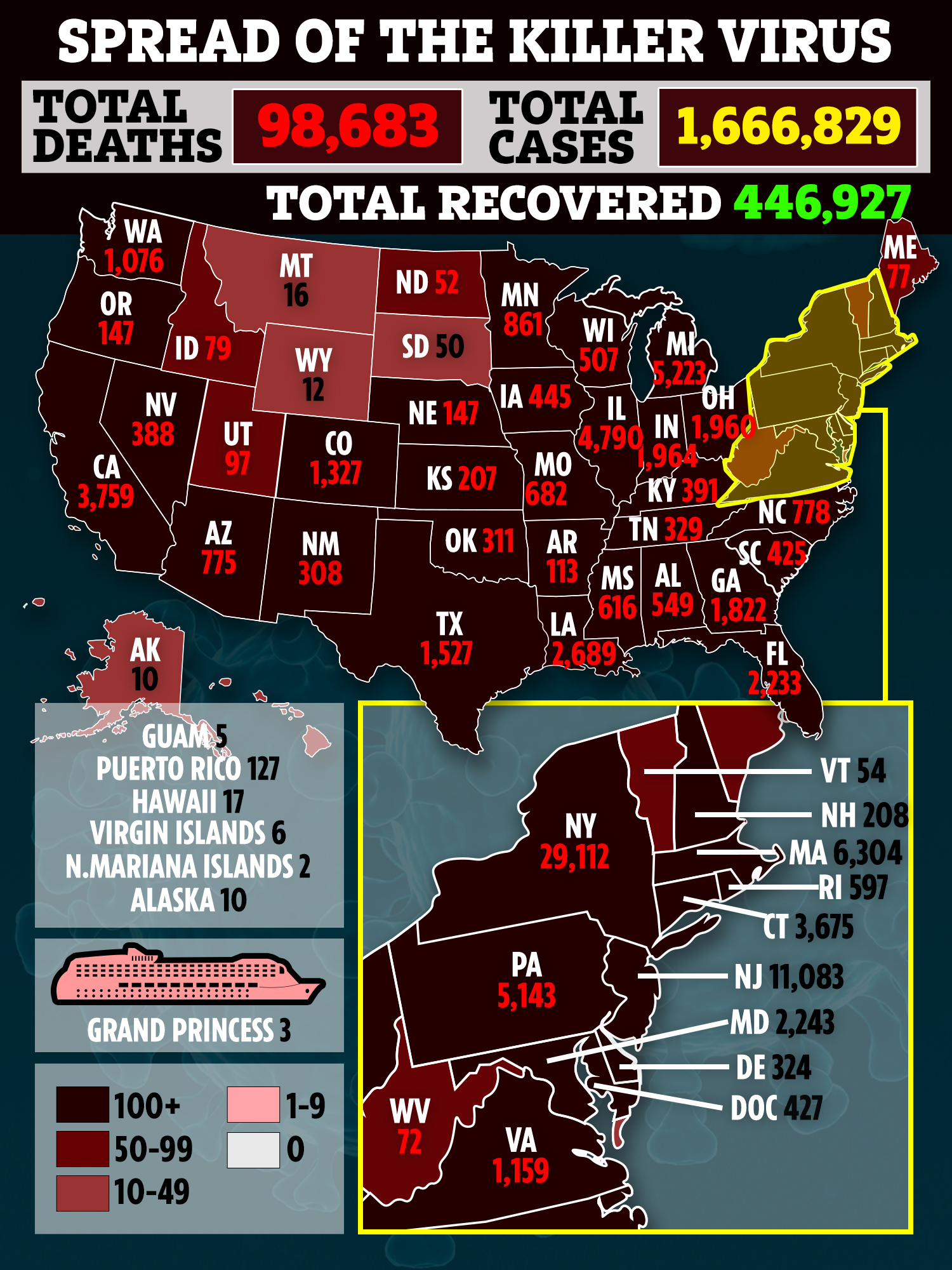 "That's the most visual thing. Every employee will be required to wear a mask," explained McBurney.

"Visually, you'll still see a lot of color and activity, but you wont be able to play every machine."

At the neighboring Bellagio, there will be four players only at roulette and six at craps.

Plastic partitions will separate dealers from players and players from each other at the card tables.

MGM Resorts plans to open just two of its 10 properties on the Strip at first: Bellagio and New York-New York.

Caesars Entertainment plans to open Caesars Palace and the Flamingo Las Vegas at first, followed later by Harrah's Las Vegas and the casino floor at the LINQ hotel-casino.

McBurney said that with nearly 4,000 rooms at Caesars Palace, he expected just one of its six towers will be occupied.

"Once people know there's an opening date … demand will increase, he said. How much? I can't speculate."