REVEALED: Outback killer Bradley Murdoch has cancer and will likely die in jail – as police offer him a deal if he finally confesses to the execution-style murder of British backpacker Peter Falconio 18 years ago

One of Australia’s most notorious killers has been diagnosed with cancer, triggering a last-ditch attempt from police to elicit a confession in exchange for moving him to a prison closer to his family.

Backpacker killer Bradley John Murdoch, 61, was convicted of the execution-style murder of British tourist Peter Falconio, 28, on a Northern Territory roadside in July 2001.

Mr Falconio disappeared and was never seen again after travelling on the Stuart Highway near Barrow Creek in the outback with his girlfriend, Joanne Lees.

Murdoch pleaded not guilty to the murder and has maintained his innocence ever since. 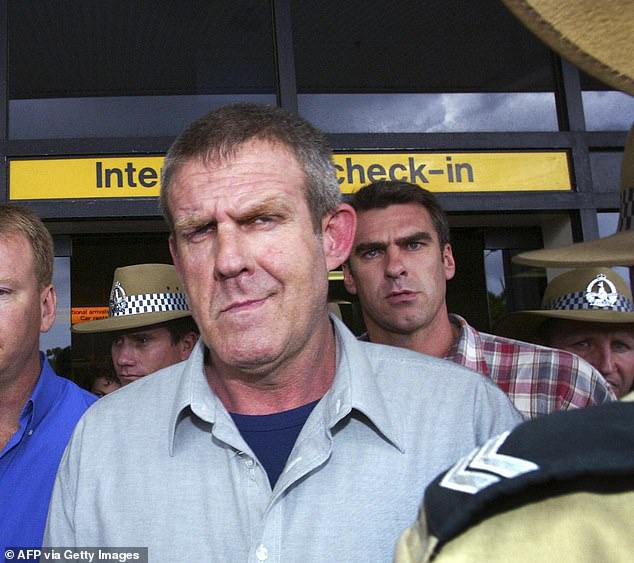 Australia’s infamous ‘backpacker killer’ Bradley John Murdoch, 61, is surrounded by police as he arrives at Darwin airport following his arrest in 2003

The murderer is being held in the Darwin Correctional Centre where he spends his days in the kitchen as a pastry chef and has become known for his desserts.

He was diagnosed with cancer earlier this year, according to the NT News.

The killer reportedly initially refused to undergo treatment for the disease but has since changed his mind.

He has since been receiving treatment at Royal Darwin Hospital.

Police hope the ‘backpacker killer’ will reveal where he buried the body in exchange for being transferred from his Northern Territory jail to a Western Australian prison to be closer to his family as he battles cancer.

Murdoch can apply for parole from 2033 but unless he reveals the location of Mr Falconio’s body, the application will be denied. 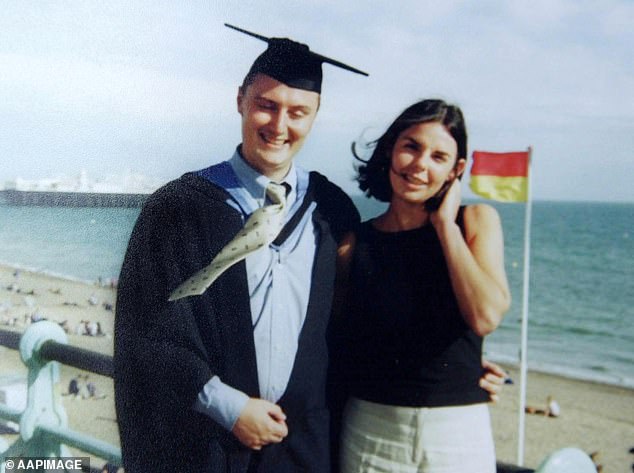 Murdoch’s trial was told he flagged down Ms Lees and Mr Falconio’s distinctive orange Kombi van about 7.30pm on the road north of Alice Springs.

He slipped handmade cuffs on Ms Lees after shooting Mr Falconio when he went to the back of their van to speak with Murdoch.

Lees managed to escape and hide in the scrub until daylight where she got help from a passing truck driver.

Lees’ testimony was crucial to convicting Murdoch, as she is thought to be the only witness to the crime. 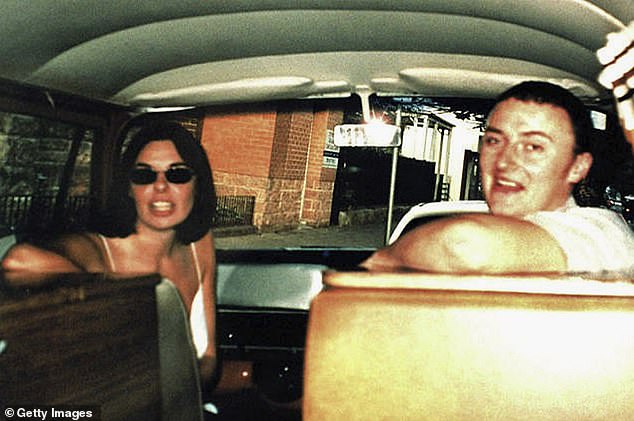 ‘It was either run, or be raped and killed,’ she previously told Channel Nine’s 60 Minutes.

Ms Lees heard a gun shot but didn’t know if her partner had been killed.

She said her will to escape was driven by the thought that Mr Falconio may not be dead.

She fought off Murdoch and made her getaway with ‘the thought that Pete was still alive’.

The world was at the time suspicious of Ms Lees’ story that Murdoch had shot dead her boyfriend when she appeared emotionless after the incident.

Ms Lees, originally from the English county of Yorkshire, recently returned to the Australian outback and vowed to find his remains.