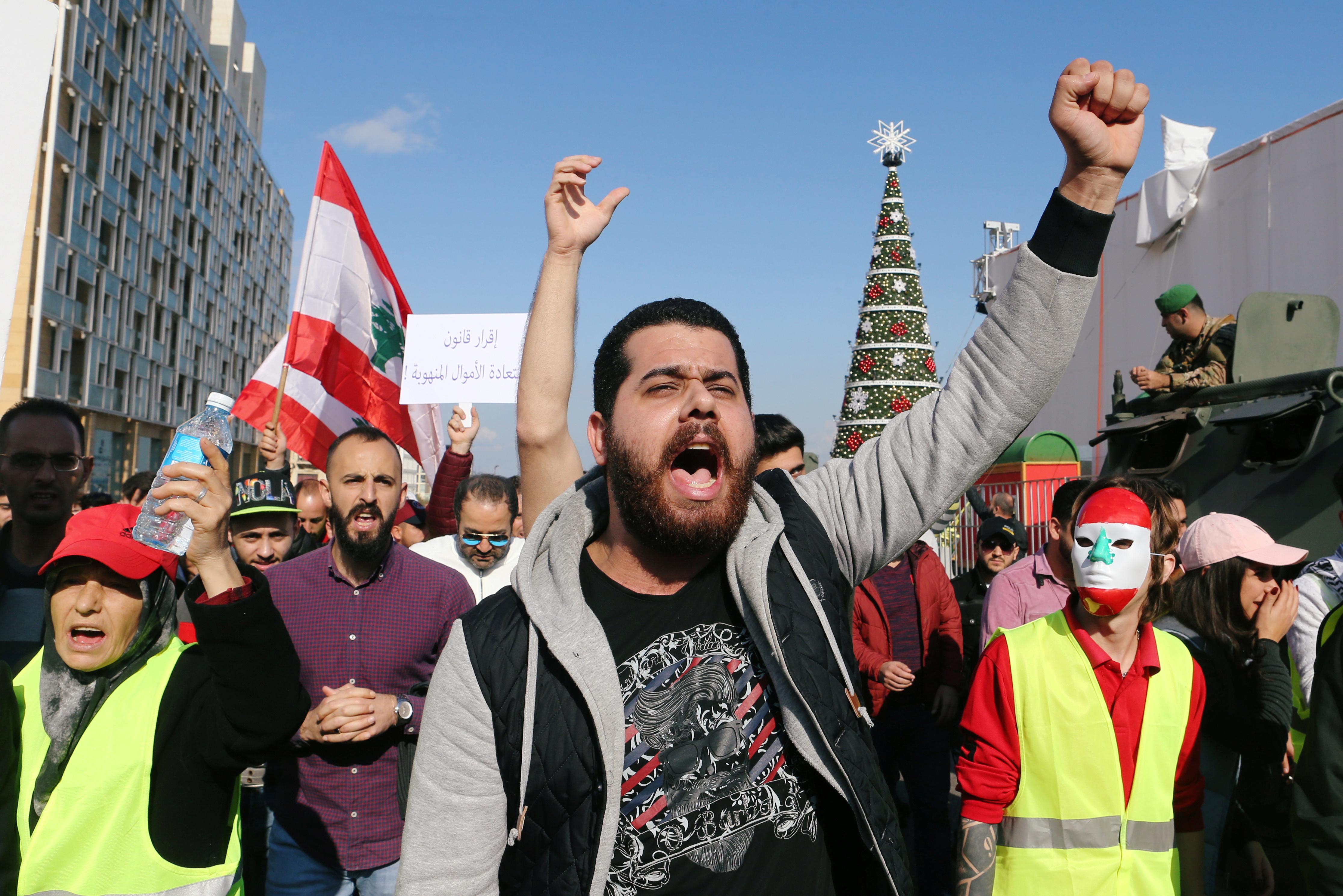 BEIRUT (Reuters) – Several hundred people protested in Beirut on Sunday over the state of Lebanon’s economy and politics with some demonstrators briefly blocking several main roads in the capital.

Some later spilled into streets around Beirut, with trash cans set ablaze on one main road where a scuffle occurred between demonstrators and soldiers seeking to open the way, the Lebanese National News Agency reported.

An army statement called for “peaceful protest and not attacking public and private property”.

Lebanon’s politicians have yet to agree on a new national unity government more than seven months since the country held a general election.

Prime Minister-designate Saad al-Hariri said on Friday he had hoped to finalize a government agreement later that day. But senior politicians said on Saturday new snags had emerged that had held up the process.

Lebanon, heavily indebted and suffering from low economic growth, is in dire need of an administration to enact long-stalled reforms and put public debt on a sustainable footing.

The World Bank says the latest available official poverty rate shows that nearly one third of Lebanese are poor.